Priyanka Chopra made it to Victoria’s Secret's What Is Sexy list of 2017, alongside such names like Taylor Swift, Margot Robbie, Mandy Moore and Lady Gaga.

The actress has been voted for her Sexiest Red Carpet Look.

Last year, PeeCee had won the title for the Sexiest Eyes Look.

She's definitely got our thumbs up! 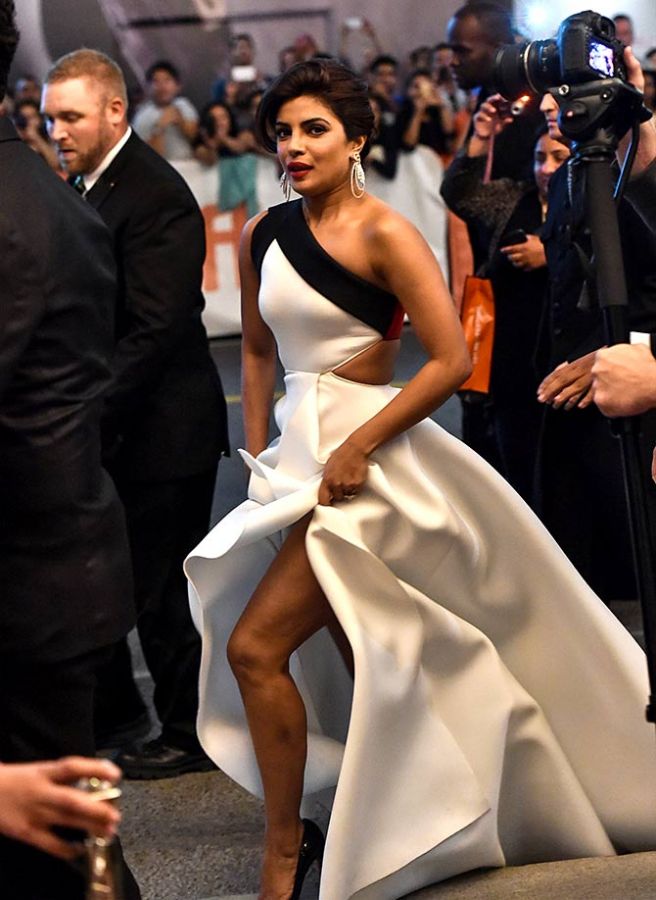 Priyanka makes a stunning entry at the premiere of her film Mary Kom at the Toronto International Film Festival in 2014. Priyanka wears a backless blue gown at the Billboard Music Awards in Las Vegas in 2016. 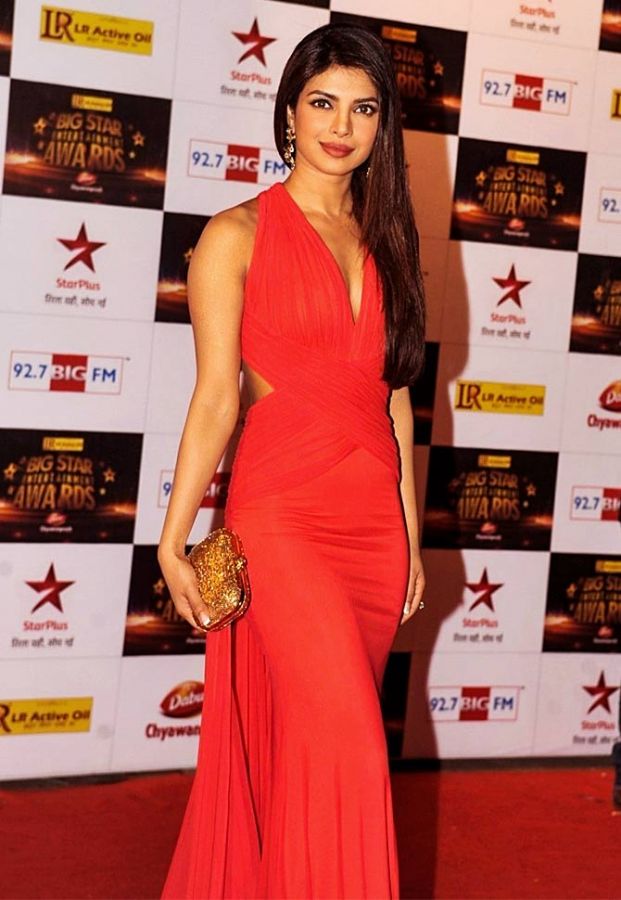 Looking red hot at the Big Star Entertainment award in 2013. Priyanka's all white look at the Screen Awards in 2015. 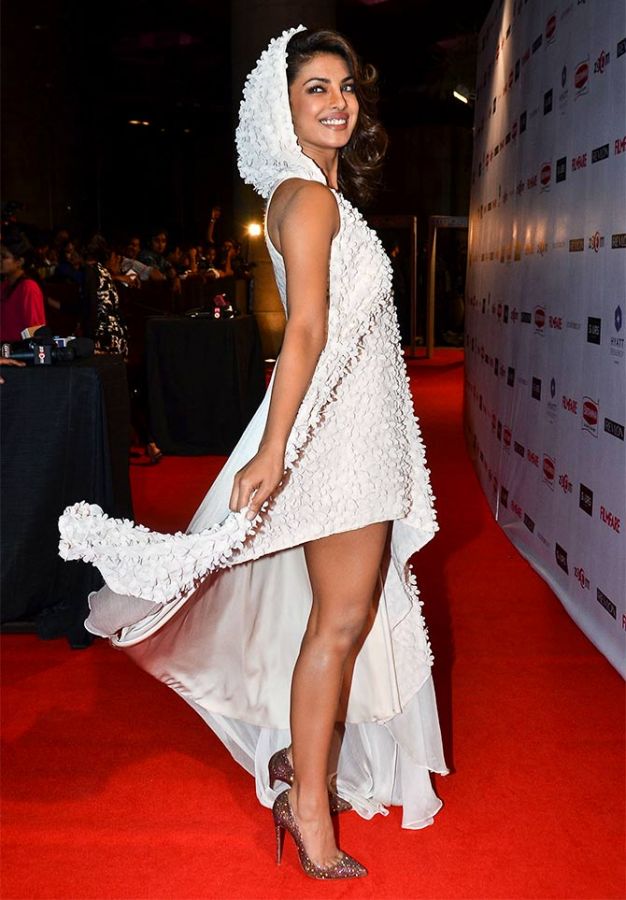 She wears yet another all-white look, at the Filmfare Awards 2014, and pairs it up with blingy shoes. 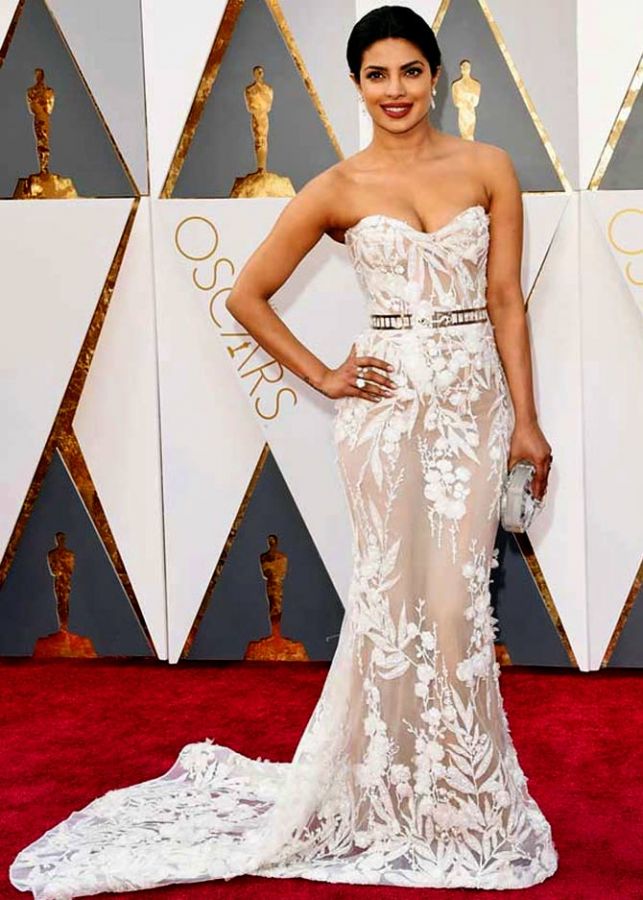 Priyanka picks a sheer gown at the 2016 Oscars. 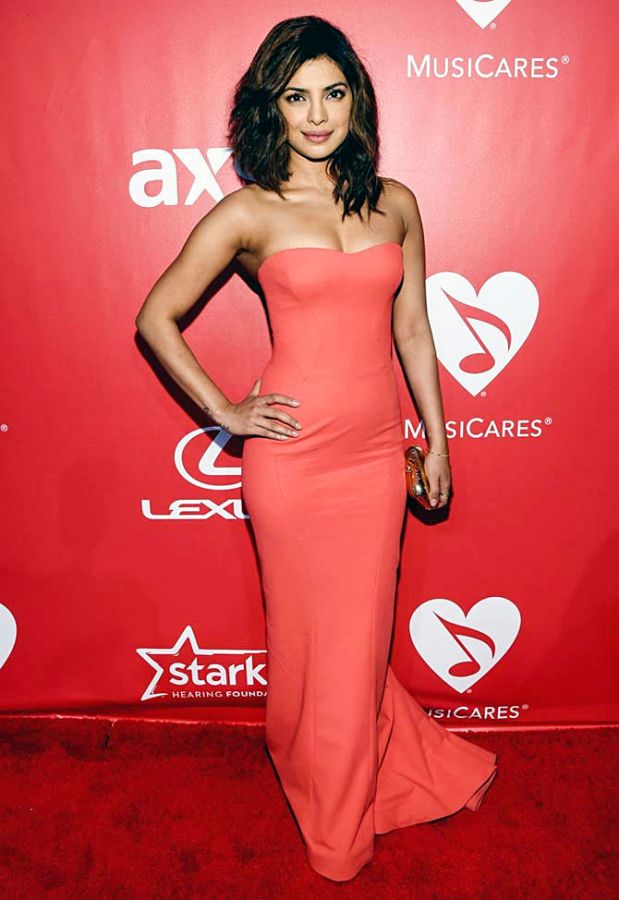 Priyanka makes a stunning appearance at the 25th anniversary MusiCares 2015 Person Of The Year Gala in Los Angeles. 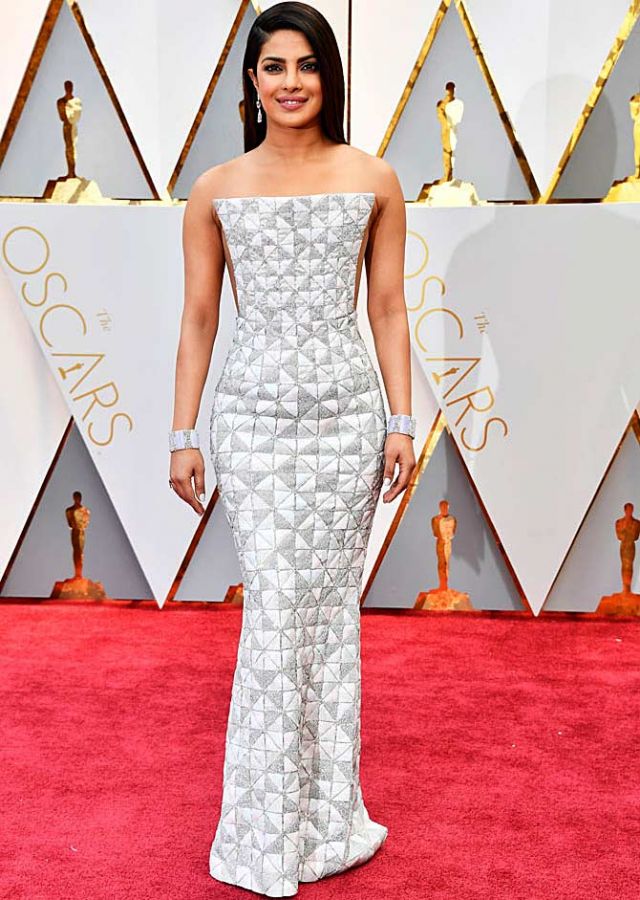 Priyanka knows just how to grab attention with her fashion choices. Here, she walks the red carpet at the Oscars 2017. 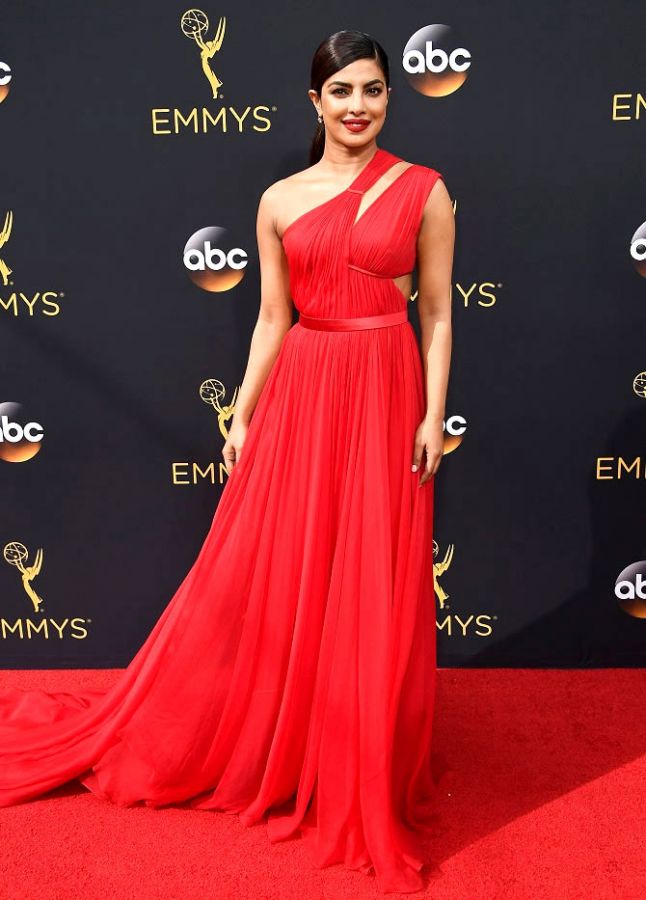 Priyanka's victory dance at the People's Choice Awards in 2016. 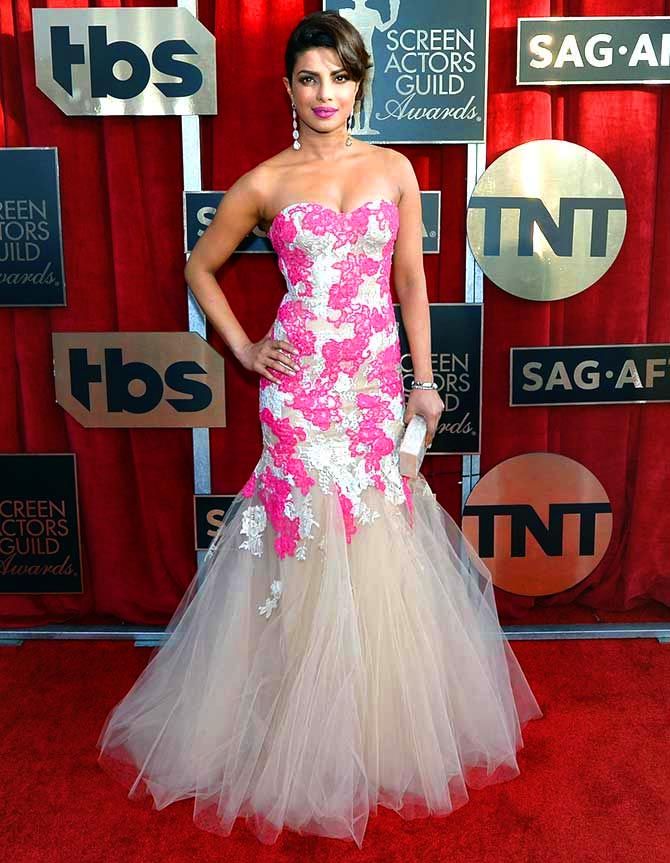 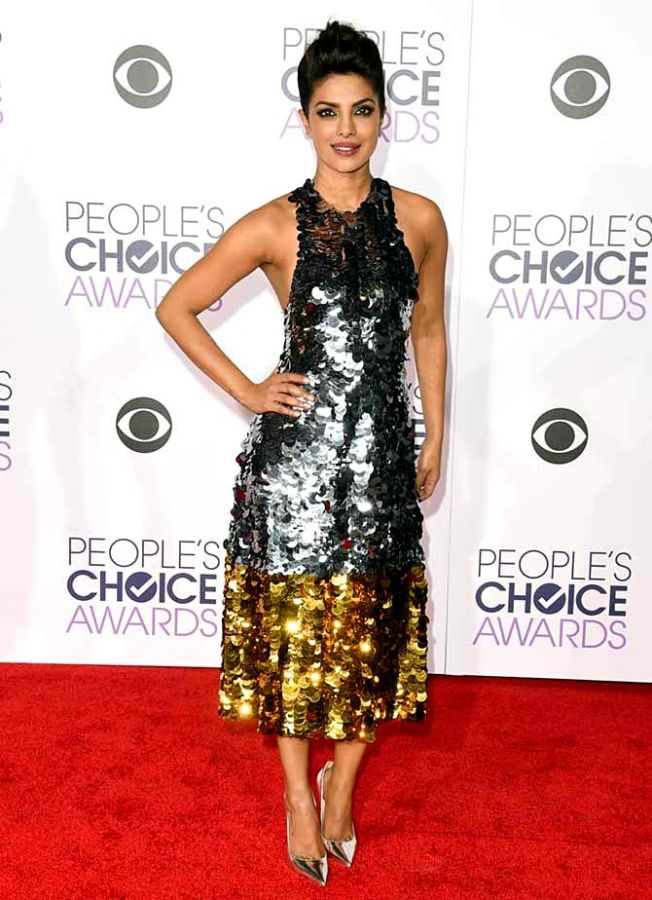 Priyanka picks gold and silver for her red carpet turn at the People's Choice Awards 2017. 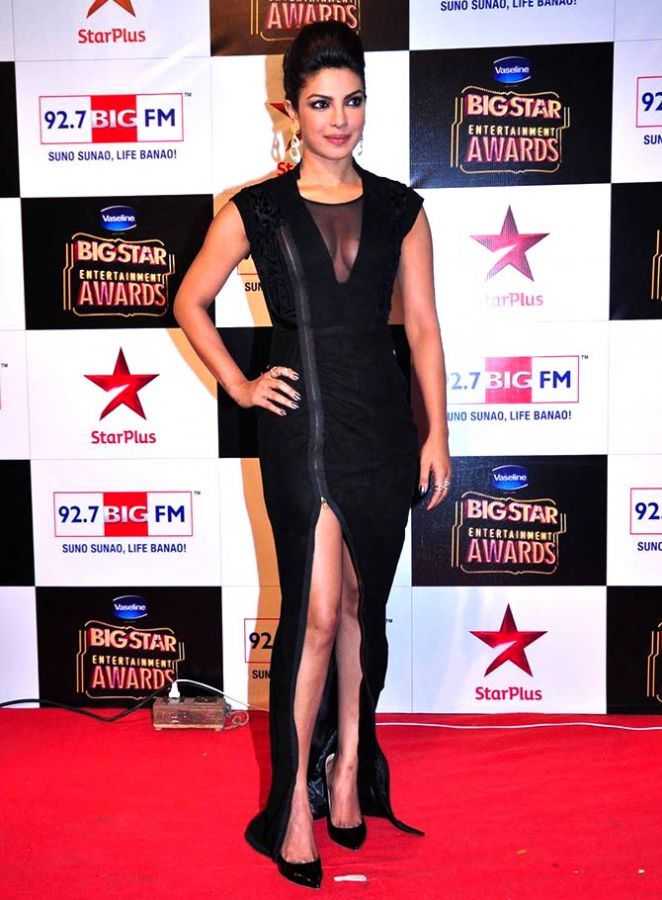 Priyanka wears her hair up to show off her bold neckline at the Big Star Entertainment Awards in 2014. 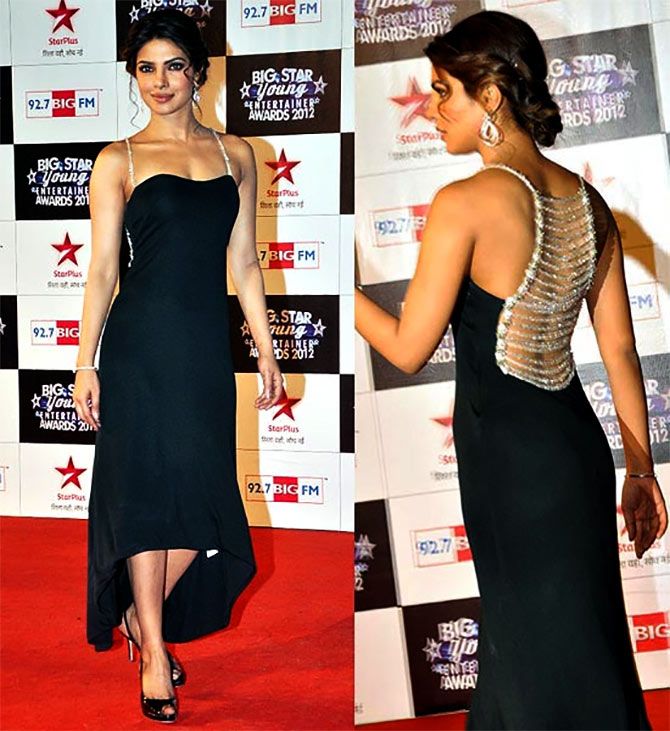 Priyanka wears a blingy and beautiful back at the Big Star Young Entertainer Awards in 2012. 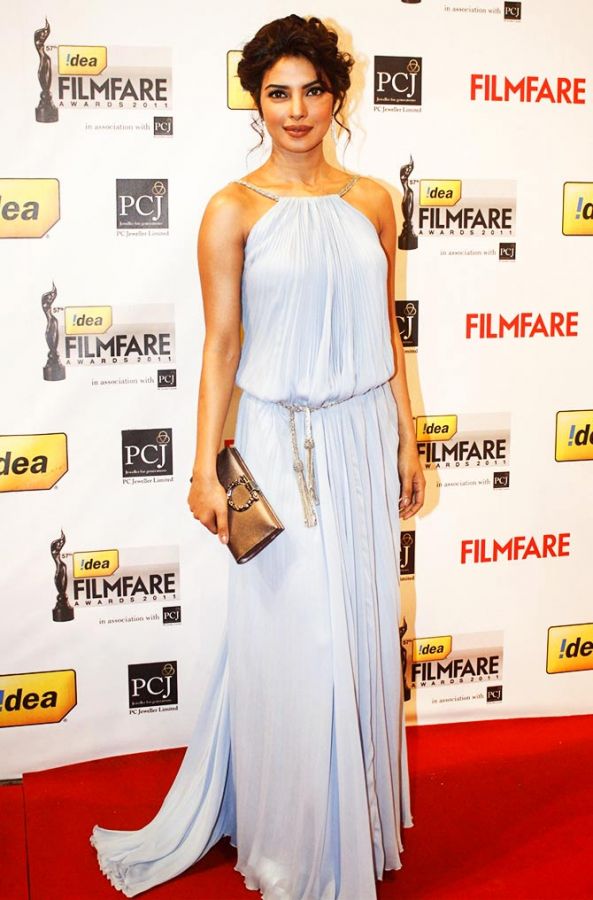 Priyanka chooses pastels for the Filmfare awards in 2011. Priyanka shows off her legs at the People's Choice Awards in 2012. 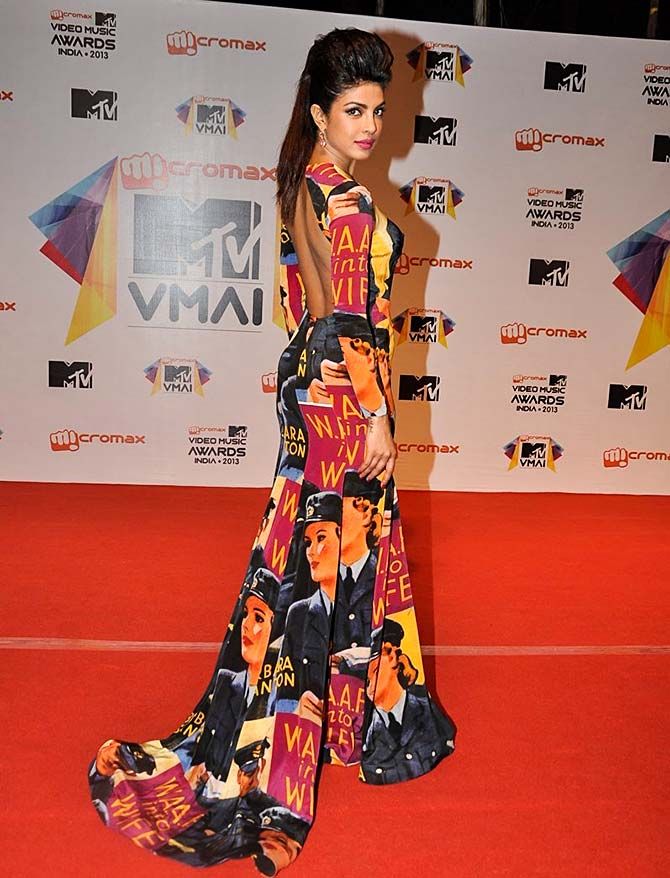 Priyanka gets fashionable for the MTV Music Awards in 2013. 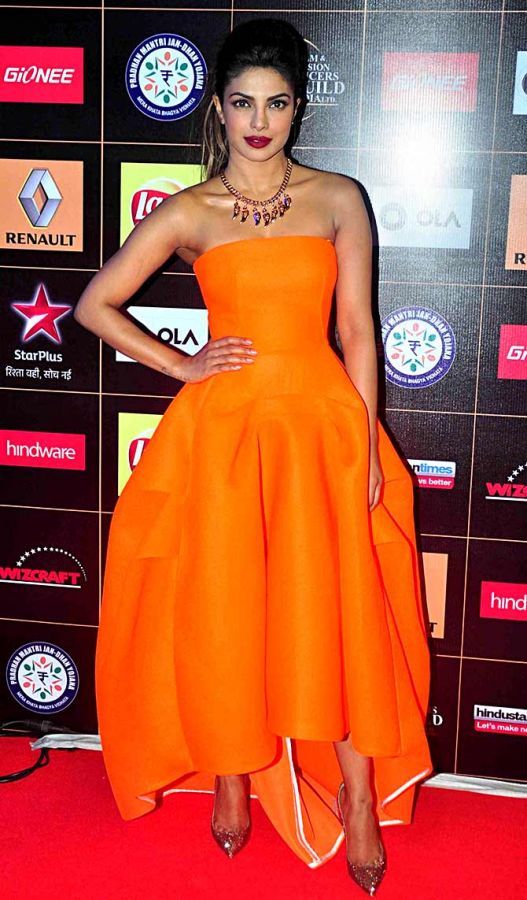 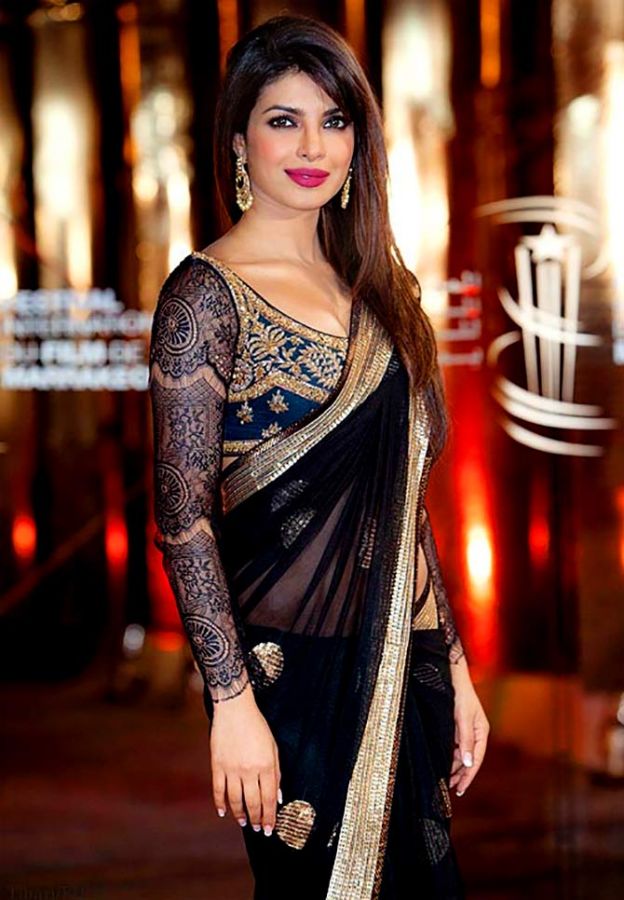 Priyanka can carry off traditional wear just as well.

Here, she wears a sari at the Marrakech Film Festival in 2012.