Priyanka reveals her fight with depression

'I didn't know exactly how to move from a world of gray back into a world of vibrant colour, but one day I figured out one simple thing I could do: I could stop hiding and re-engage with life.' 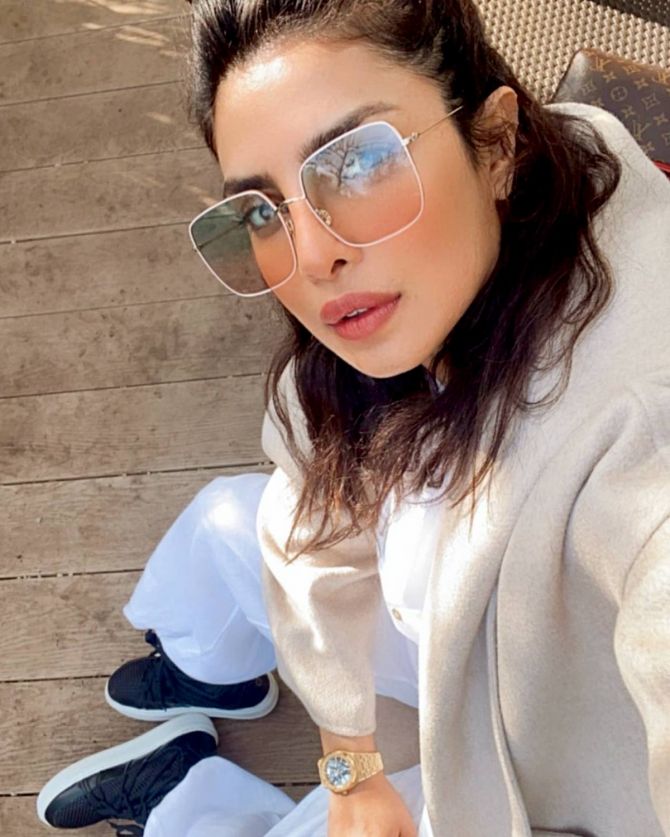 In her recently released memoir, Unfinished, Priyanka Chopra Jonas has revealed she fell into depression following her father's death, a period that lasted for around five years till she made a conscious decision to move from 'a world of gray back into a world of vibrant colour'.

The 38-year-old actor's father, Dr Ashok Chopra, a former physician in the Indian Army, died on June 10, 2013, after a long battle with cancer at the age of 62.

Chopra Jonas says she used work as therapy, putting her grief and 'a piece of my soul' into the sports drama Mary Kom, which released in 2014.

She was set to start shooting for the film, produced by Sanjay Leela Bhansali, days after her father's passing.

'Five days after Dad died, the day following my father's chautha, Mary Kom was scheduled to begin shooting, and although the film's producer, Sanjay Leela Bhansali, offered to postpone the start date, the sense of duty and discipline I'd inherited from my father and his twenty-seven years in the military wouldn't allow me to accept his offer...

'As always, work was my therapy. I put all of my grief and a piece of my soul into that character and that film. It's what drove me and it's what allowed me to continue functioning,' Priyanka writes in Unfinished, published by Penguin Random House India. 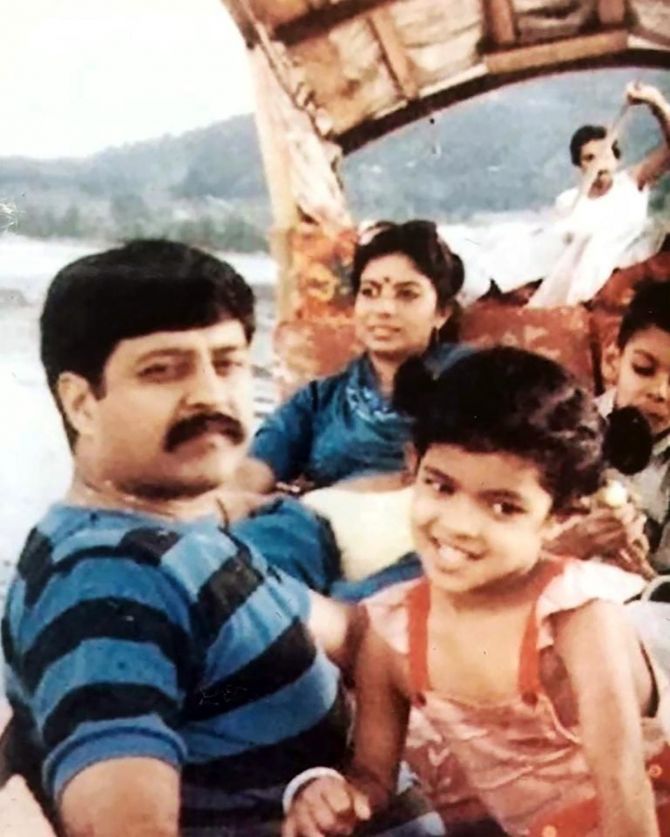 Chopra Jonas acknowledges her Krrish co-star Hrithik Roshan, who in 2005-2006 'used his connections at Air India' to arrange for her father's immediate flight to London from where he was transferred onto a flight to New York for further treatment at the Beth Israel Deaconess Medical Center in Boston.

After her father's death, she says she didn't want to feel her overpowering grief, so 'I walled myself off emotionally'.

This, Chopra Jonas adds, had been her method for coping with pain ever since her boarding school days.

Her mother, Madhu Chopra, also a former physician in the Indian Army, advocated the actor talk to a counselor.

Although she tried a few therapists, she says, she never found one who was right for her.

The family, she says, tried to make sense of the grief on a trip to Turks and Caicos in December 2013.

'Beyond those few conversations with my family, though, I never really examined or dealt with my grief. Instead, I tried to power through. I was doing my best to be resilient, but the fact is that I was burying my grief rather than coming to terms with it.' 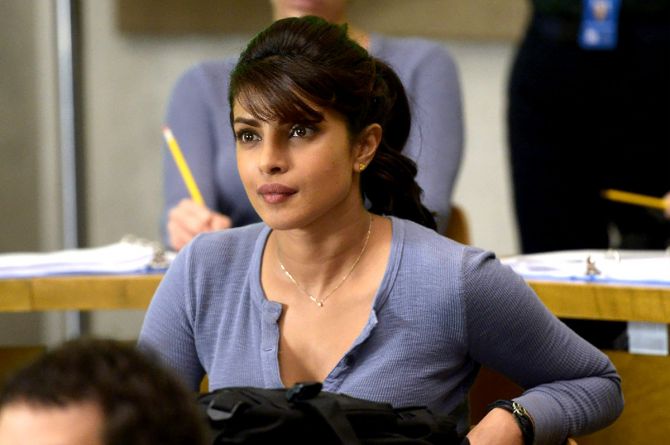 IMAGE: Priyanka in a scene from Quantico.

Almost three years later, she moved to New York to shoot the second season of the ABC series Quantico, her first Hollywood project.

'I imagined I might leave behind the sadness I was still feeling when I left Canada. Instead, I fell into a depression. While I thought I had powered through my grief, I was still carrying it with me, apparently keeping up my end of the deal to hold it close wherever I went,' Chopra Jonas writes.

After months of cancelling dinner plans with friends and living in a cocoon, she spent New Year's Eve of 2017 at a best friend's place.

'I didn't know exactly how to move from a world of gray back into a world of vibrant colour, but one day I figured out one simple thing I could do: I could stop hiding and reengage with life.' 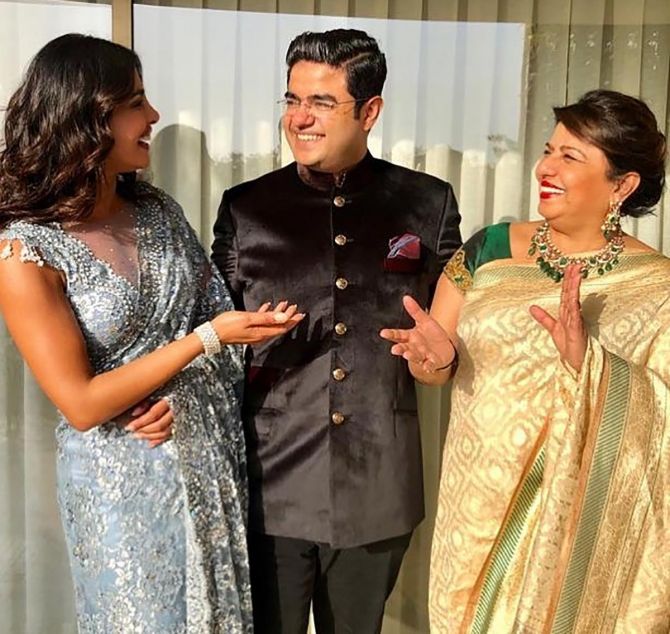 The actor also addresses her relationship with social media, saying she has 'started picking my battles'.

Looking back on the 2017 dress controversy in Berlin when she was trolled online for being 'inappropriately dressed' when she met Prime Minister Narendra Damodardas Modi, who was then on a four-nation trip to Germany, Spain, Russia and France, she says she had 'presented myself respectfully'.

'Because I was promoting Baywatch that day, I was in a dress, not a sari. It was knee-length, high-necked, and long-sleeved. When we posted the photos to social media, there was a furor around the fact that I was meeting with the prime minister with my legs exposed... It was one of the first times I became global news, and I swear that was not the way I wanted to make global news. I was angry and confused.

'My response to the anger was to take a picture of my mom and me out at dinner that night in our short skirts and with our legs crossed, and to post it online with the caption 'It runs in the family'.'

Cancel culture and social media shaming have in many ways stopped her from having the meaningful conversations with followers, says Chopra Jonas.

'I've come to see that there are times when you should speak up, and times when it's better not to. So I've started picking my battles.' 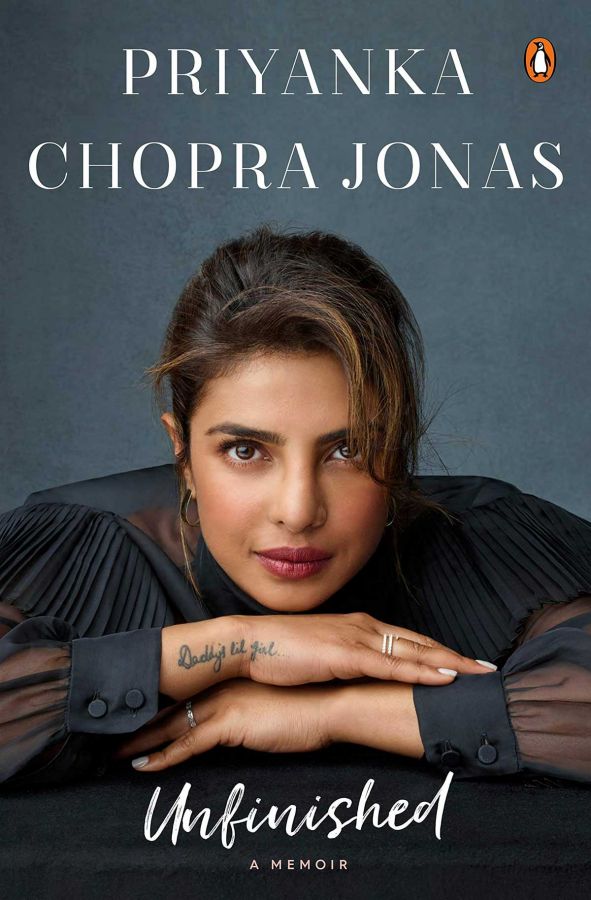 She also discusses rumours about her much publicised plastic surgery in 2001, which she says she underwent to treat a polyp in her nasal cavity after having trouble breathing.

'While shaving off the polyp, the doctor also accidentally shaved the bridge of my nose and the bridge collapsed. When it was time to remove the bandages and the condition of my nose was revealed, Mom and I were horrified. My original nose was gone.'

The experience was a public affair and soon she was being called 'Plastic Chopra'.

'Following the polypectomy I had several corrective surgeries, and over time, my nose normalised. While it took a few years of seeing a stranger gazing back at me every time I looked in the mirror, I've gotten accustomed to this face.'

She writes she was dropped from two big movies -- her 'very first acting jobs' -- after the producers heard rumours she looked different post-surgery. 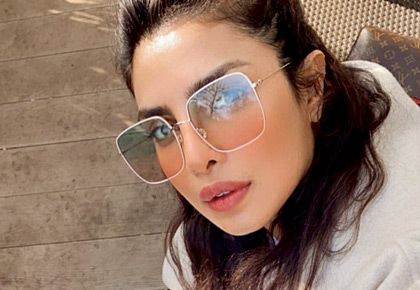