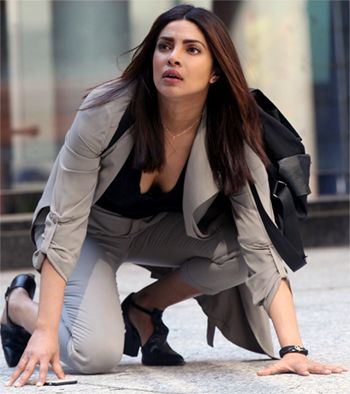 Priyanka Chopra has some good news!

Her show Quantico has been renewed for a short third season at ABC.

The show, which debuted in 2015, has received an order for an abbreviated run of 13 episodes.

Priyanka, who plays Alex Parrish on the show, also took to Twitter to share the news with fans. "So excited about the season 3 pick up for #Quantico congrats to everyone who made it happen! #AlexParrish will be back soon..."

It is believed that Priyanka's international appeal, a shift to focus on politics (and President Donald Trump) and a Netflix streaming deal helped Quantico score a third-season pickup as its earlier season was unable to impress the viewers, with only 0.7 rating in the 18-49 demo over 21 episodes, according to Nielsen live-plus-same day numbers.

The new season of the FBI drama will have a new showrunner at the helm as creator/executive producer Josh Safran is stepping down from the role, according to The Hollywood Reporter.

However, Safran will remain with the show's new season as a consultant. "My deal on the show was two years only and it's up. I'm leaving the show in a good place and capable hands," Safran said.