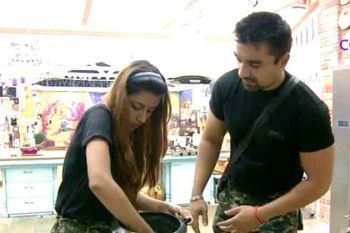 Ajaz Khan, who spent time with Pratyusha Banerjee on the seventh season of Bigg Boss and was close friends with her, is as stunned by her death as everyone else who heard of the tragedy on April 1.

"I still can't believe she is gone so suddenly, and so soon. She had so much to look forward to," says Ajaz. "I met her four days ago, and I can tell you this much: She was not happy."

"She was a strong girl. I know her well. I spent one-and-a-half months with her in Bigg Boss. As long as she was there in Bigg Boss, she gave me strength," he says.

Did she take the drastic step because her career was not doing well?

"No no. Her career was doing well and she was working on her new show," he says.

"I don't know what the truth about her death is, but I don't think she would kill herself. Rahul (Raj Singh, her boyfriend) used to fight a lot with her. All her friends knew that. We also know she cannot do this to herself. There is something very wrong about this. Rahul should answer for her."

Pratyusha's story of heartbreak is not an isolated one, he says.