Opposing a Central Bureau of Investigation probe in the Sushant Singh Rajput death case, the Mumbai police told the Supreme Court on Saturday that it was carrying out an impartial investigation in the matter and alleged that that the registration of an FIR by Bihar Police was "politically motivated" and violated the principle of federalism. 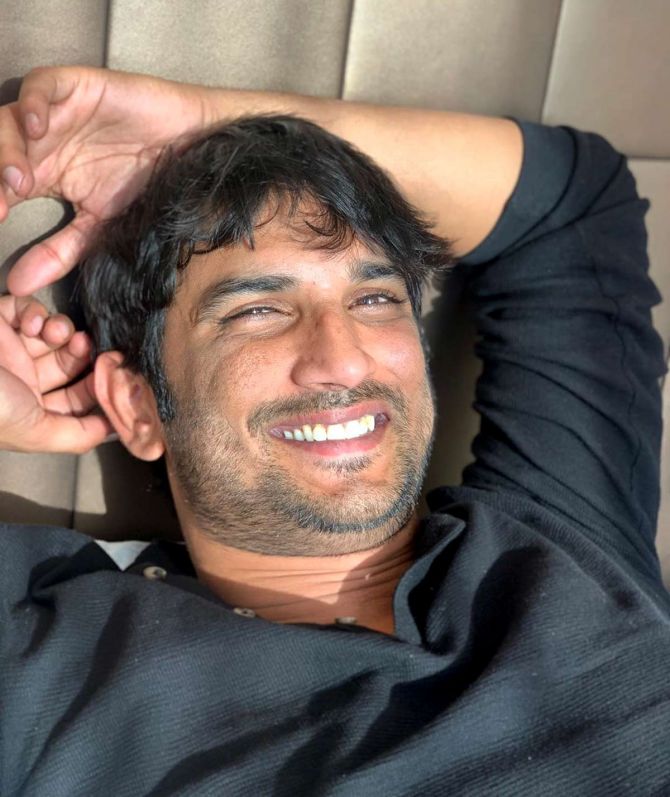 In an affidavit filed before the top court in response to a petition by Rhea Chakraborty seeking transfer of an FIR, lodged against her by the Bihar police on a complaint by Rajput's father, to Mumbai, the Mumbai police said the CBI should have waited for the apex court decision in the matter before registering the case.

Rajput's father Krishna Kishore Singh, who has accused Chakraborty and her family of abetting the actor's suicide, too filed a reply affidavit before the apex court in which he defended the Bihar Police action and accused the Mumbai police of negligence.

He contended that Chakraborty's plea was infructuous as the CBI had taken over the case.

The 34-year-old Bollywood actor was found hanging from the ceiling of his apartment in suburban Bandra in Mumbai on June 14.

It alleged that that the registration of FIR in Patna by the Bihar Police was "politically motivated and violated the principles of federalism enshrined in the Constitution".

The Mumbai police said that the Bihar police could only have registered a 'Zero FIR (crime not falling in its jurisdiction) and sent it to Mumbai and did not have the legal authority to transfer it to the CBI.

"Pending the present proceedings the CBI ought not have gone ahead and registered the case with it as also constituted a team for conducting the investigation therein.

"It ought to have awaited the final decision of the present proceedings at the hands of the Supreme Court," the Mumbai police said.

It said that the "indecent haste with which the CBI has proceeded in this regard speaks for itself, regarding the bonafides of all involved in this exercise."

"Neither the judicial jurisdiction lay in the state of Bihar nor the investigative jurisdiction lay with the Bihar Police, in so far as the unfortunate death in issue is concerned.... Neither any cause nor any consequence, relating to the said unfortunate death, as spelt out by law, has even remotely occurred in the state of Bihar, much less at the place where the said FIR is registered," it said.

The police also denied that quarantining of IPS officer Vinay Tiwary was aimed at obstructing the investigation by the Bihar Police.

"The protocols for passengers arriving at Mumbai airport issued by the Government of Maharashtra require that domestic passengers who arrive at Mumbai airport, are required to undergo 14 days home quarantine, the only exception being that domestic passengers who intend to exit Mumbai within seven days of arrival, provided they are able to produce confirmed ticket for onward/return journey," it said.

Earlier, Rajput's father while opposing the plea of Chakraborty, said Mumbai Police has not filed any case after the death of his son and did not allow the Patna Police to investigate by quarantining their senior officers.

The top court had on August 5 sought responses from Bihar, Maharashtra and the father of the late actor, on Chakraborty's plea.

Singh reminded Rhea Chakraborty, the live-in partner of his late son, that she had once tweeted urging Union Home Minister Amit Shah to order a CBI probe in the case.

“The investigation in the FIR has already been transferred to the CBI and thus the present prayer (of Rhea) now stands infructuous and secondly, the prayer is also not maintainable since there is not a case said to be pending which could be transferred under S. 406 CrPC,” said the affidavit filed through senior advocate Vikas Singh.

"The Respondent No.2 (Rajput's father) on February 19 and 25, informed the Mumbai police about his apprehension regarding the threat to the life of his son, however, no action was taken by the Police, which resulted in the death of his son,” it said.

Rhea had requested the home minister for a CBI inquiry and “now since the Bihar government has entrusted the aforesaid FIR to the CBI and Union of India has accepted the said request …, the Petitioner (Rhea) should not have any grievance in this regard,” said the affidavit also filed through lawyer Nitin Saluja.

Singh also came down heavily on the Maharashtra government for attacking him by alleging that the present case was a “political attempt to thwart their powers and undermine the federal structure of the Constitution”.

"It is rather unfortunate that the Respondent No.3 (state) has undermined the feelings of a father who lives in Patna and who has sufficient proof and belief that it is due to the petitioners (Rhea and others) continued criminal actions for over a period of one year that has caused the death of his only son,” it said.

Singh cited the legal arguments used by the Bihar government, represented by lawyer Keshav Mohan, and said that he was a class-I heir of Rajput, living in Patna, and hence Bihar police rightly registered the FIR. Moreover, the Mumbai police has not registered any FIR so far in the matter.

“It is noteworthy that no case has been registered by Respondent No.3 (Maharashtra) and they did not allow the Patna Police to investigate the present case by quarantining their senior officers.

"It is pertinent to mention that as per the Guidelines of Quarantine in Mumbai dated May 25, a person who arrives in Mumbai for a contribution of work to the office can be exempted from undergoing Quarantine by the municipal body,” it said.

On July 25, Rajput's father had lodged the complaint at Rajiv Nagar police station in Patna against Rhea Chakraborty and six others, including her family members, accusing them of abetting the actor's suicide.

In her plea filed in the apex court, Chakraborty has alleged that Rajput's father has used his “influence” in roping her in the FIR.