And the film's leads indulged in some PDA, much to the assembled media's amusement: 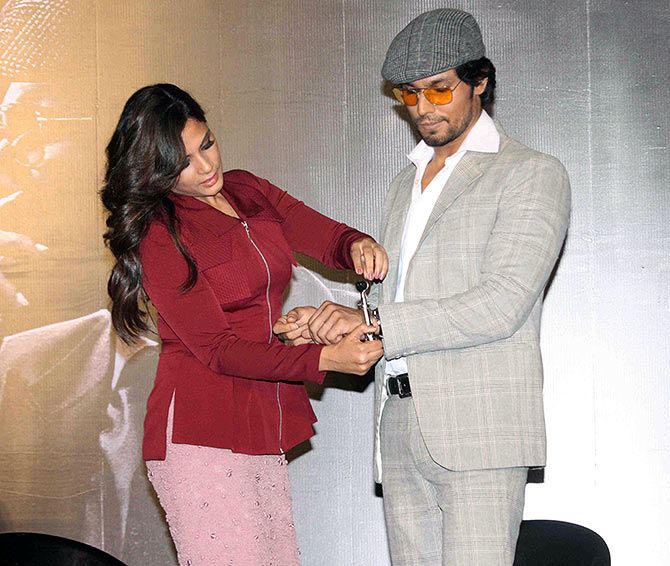 Chadha plays Mira, a law student who falls for Randeep Hooda's Charles in the film.

The Prawaal Raman-directed film is a fictitious thriller inspired from the case of notorious serial killer Charles Sobhraj. And here's the film's stars indulging in what looks like a pretend kiss.

Quick, everyone look away! Chadha and Hooda join director Prawaal Raman (second from right) and cast member Adil Hussain (in a deep blue waistcoat, who plays super cop Amod Kanth, who handled the case in real life) and other members of the Main Aur Charles team. 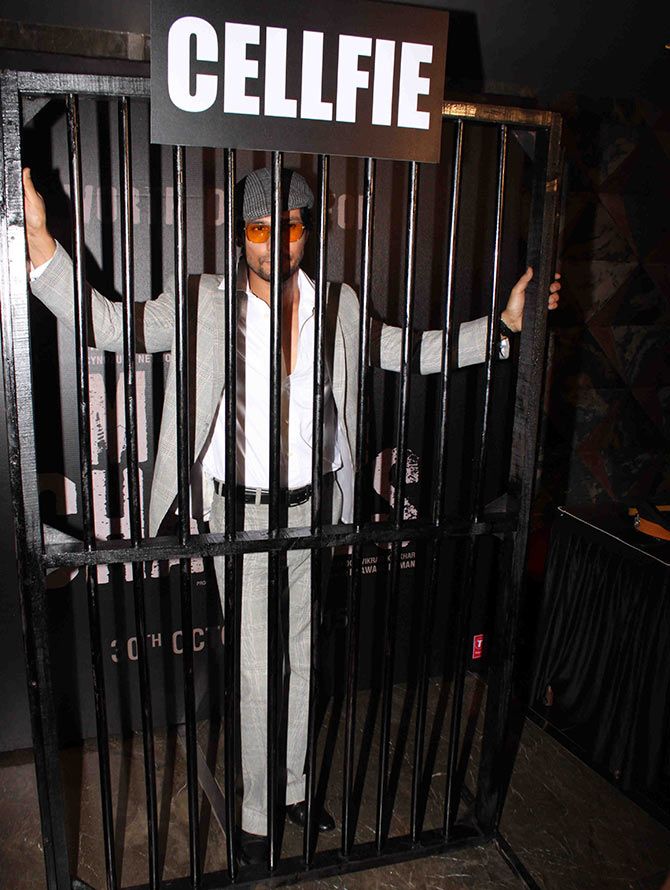 Quite an interesting play on the word selfie, right? Here's Hooda dodging the paparazzi from behind makeshift bars. And Richa Chadha takes out time for a selfie with her dapper costar. 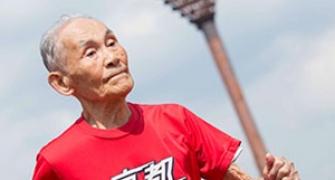