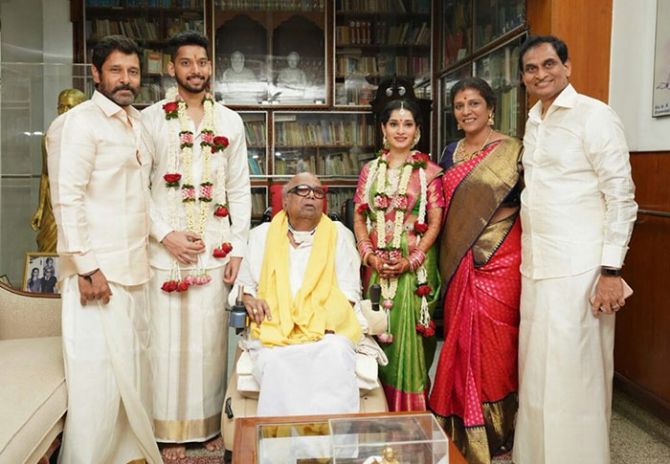 National award-winning actor Vikram's daughter, Akshita, got married to her long-time boyfriend, Manu Ranjith, who is the great-grandson of DMK chief M Karunanidhi.

The couple got married on October 30.

A grand reception will reportedly be held on October 31 at the Mayor Ramanathan Hall in MRC Nagar. On the work front, Vikram is waiting for the release of his film Sketch, starring Tamannaah, later this year.

He is also working on Gautham Menon's spy thriller, Dhruva Natchithiram, and Saamy 2, a sequel of his 2003 hit film Saamy, directed by Hari.

Vikram's son, Dhruv, will make his Tamil debut with the Arjun Reddy remake, to be directed by Bala.