Sridevi has been immortalised at Madame Tussauds, Singapore.

The actress, who has given us so many amazing looks to remember her by, probably gets the best one at the wax museum.

Her family, including husband Boney Kapoor and daughters Janhvi and Khushi, were present at the launch.

Messages from her fans from across the globe were displayed as a tribute to the actress. 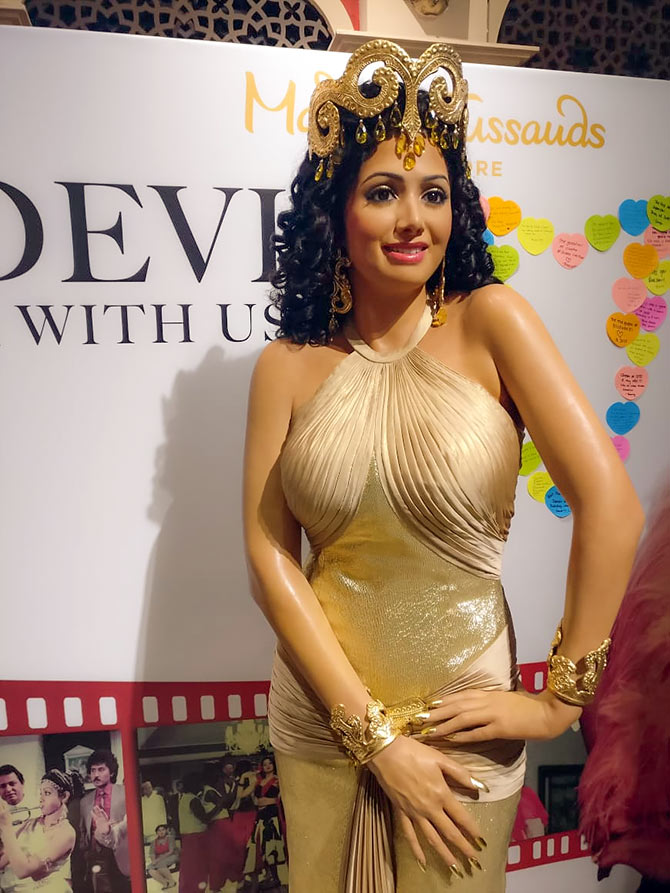 Sridevi glitters in gold from the Hawa Hawai song in Mr India. 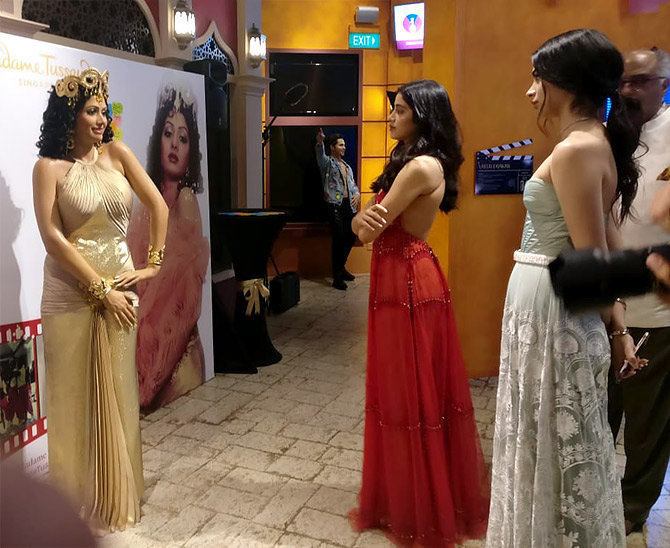 Sridevi's daughters Janhvi and Khushi can't take their eyes off her. 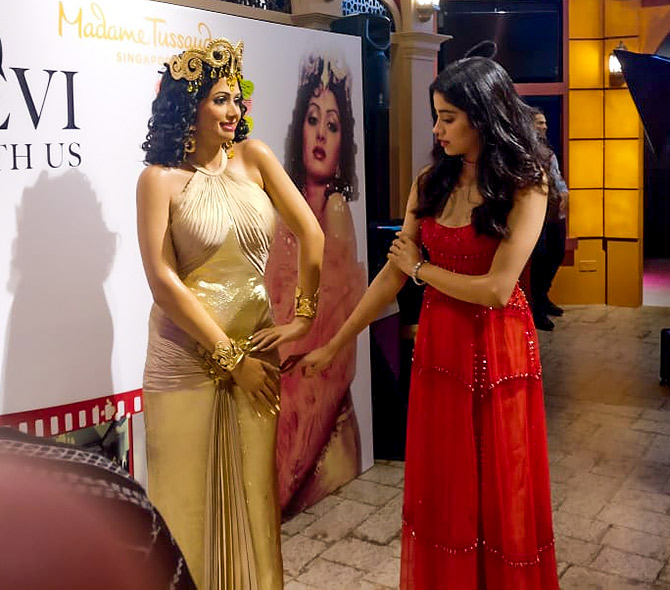 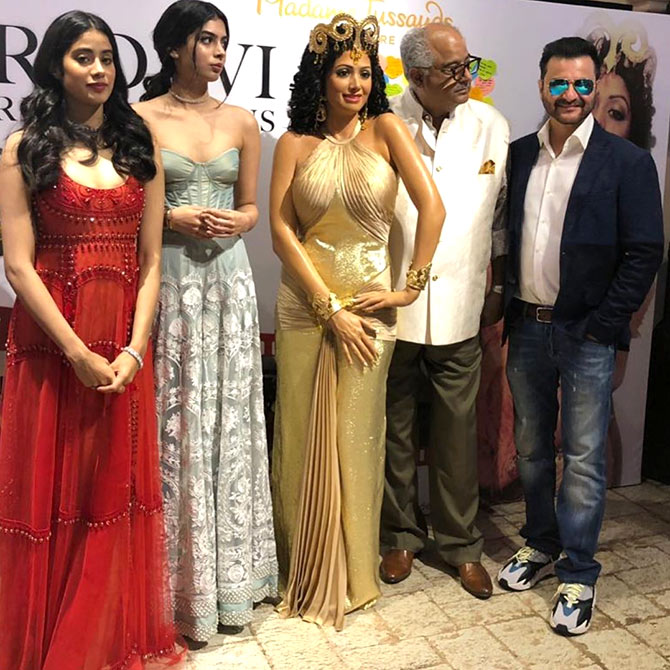 Boney's brother Sanjay Kapoor joins in for a picture. 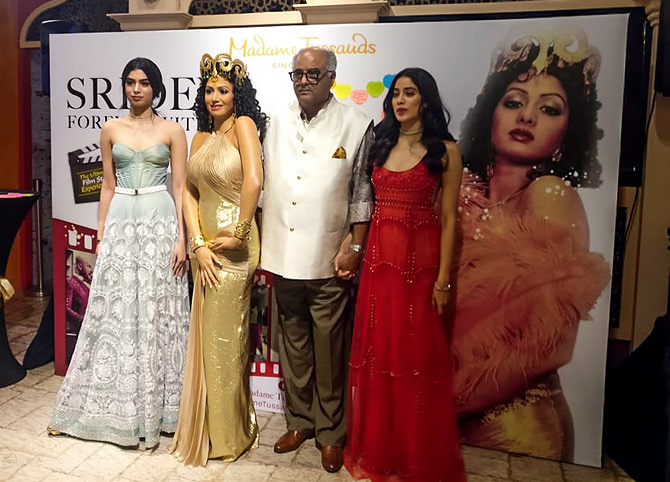 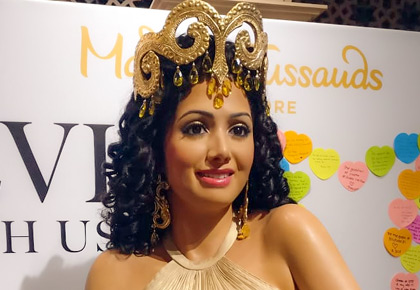