The Kapoor brothers headed the procession on the last day of Ganpati celebrations.

Mumbai's famed RK Studio bid their Ganpati farewell on the last day of celebrations in Chembur, a central suburb of Mumbai, on September 8.

Here's a look at the pictures: 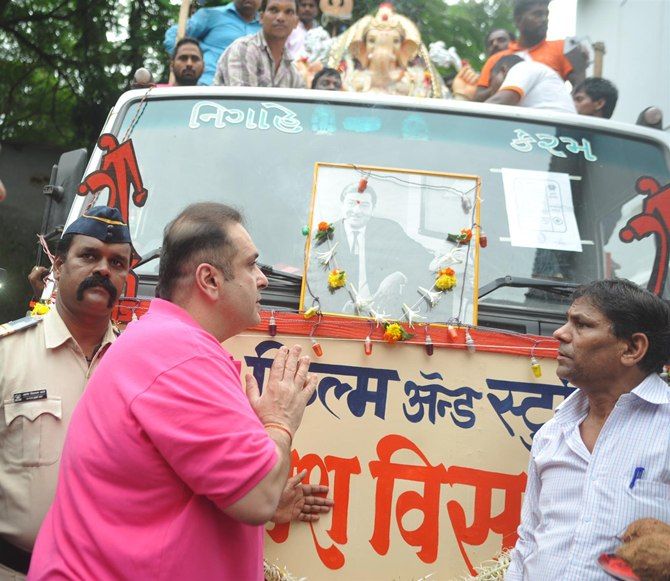 The youngest Kapoor brother -- Rajiv -- pays respects to his father Raj Kapoor, the late Kapoor patriarch and founder of the RK studio. Rishi Kapoor is seen here, as devotees proceed for the visarjan. 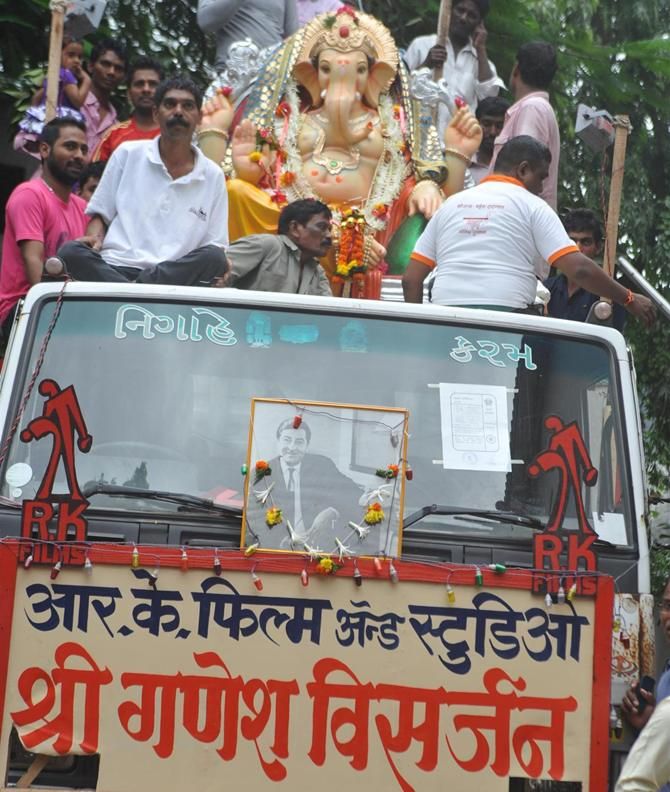 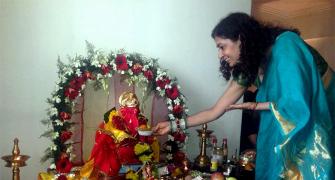 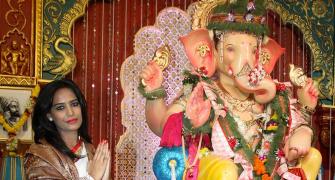 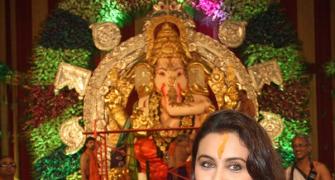