The celebrations begin for Sanju.

Rajkumar Hirani's Sanju enjoyed the biggest opening in the year so far, and its team came together to celebrate its success. 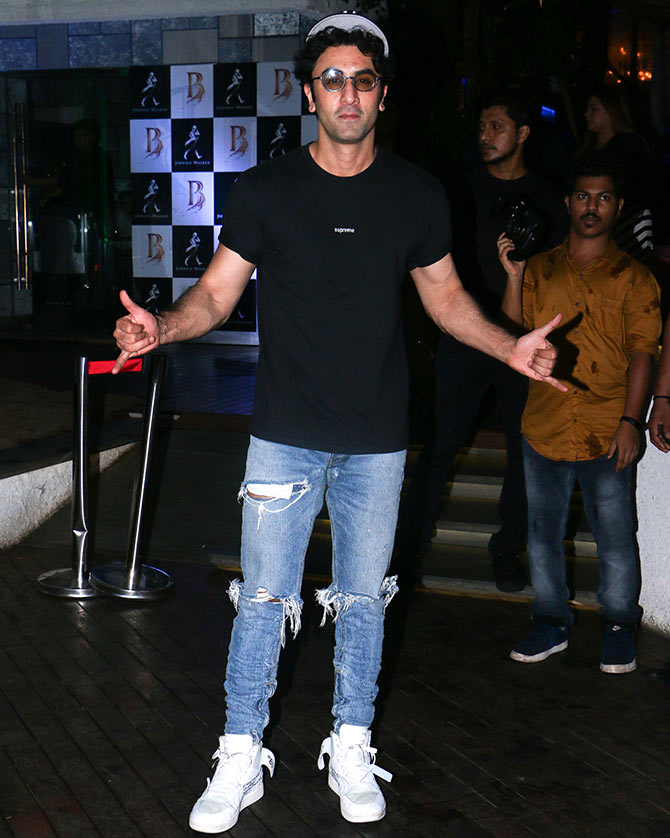 Ranbir Kapoor told Rediff.com that the biggest thing he wanted from Sanju was a hit. And that's exactly what he's got. 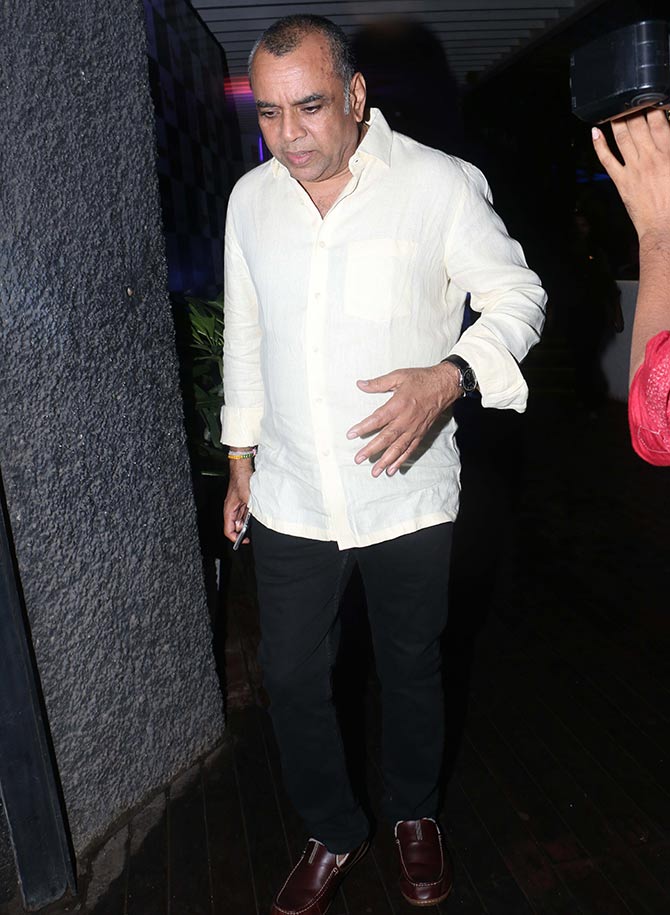 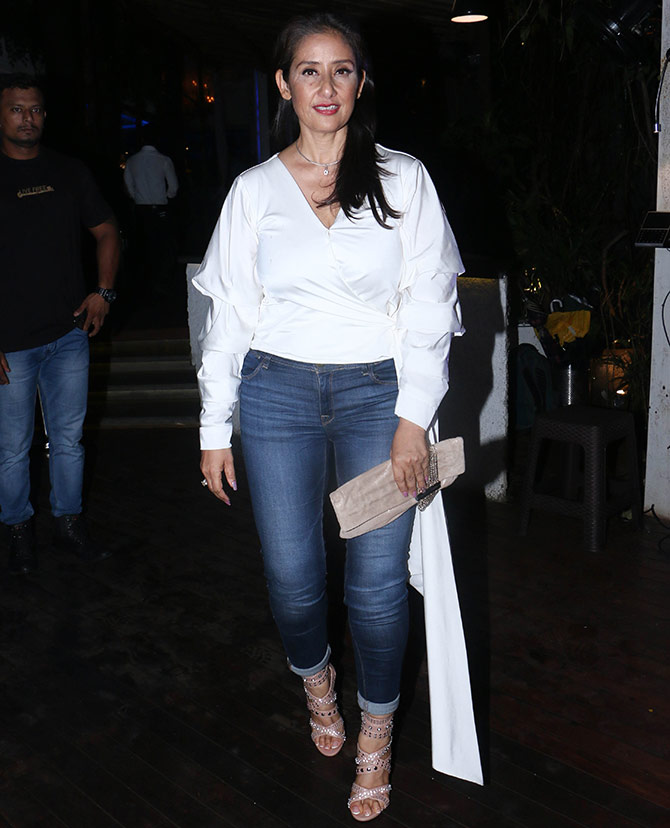 Manisha Koirala promised Rediff.com's Ronjita Kulkarni that Sanju would touch hearts, and she was right. 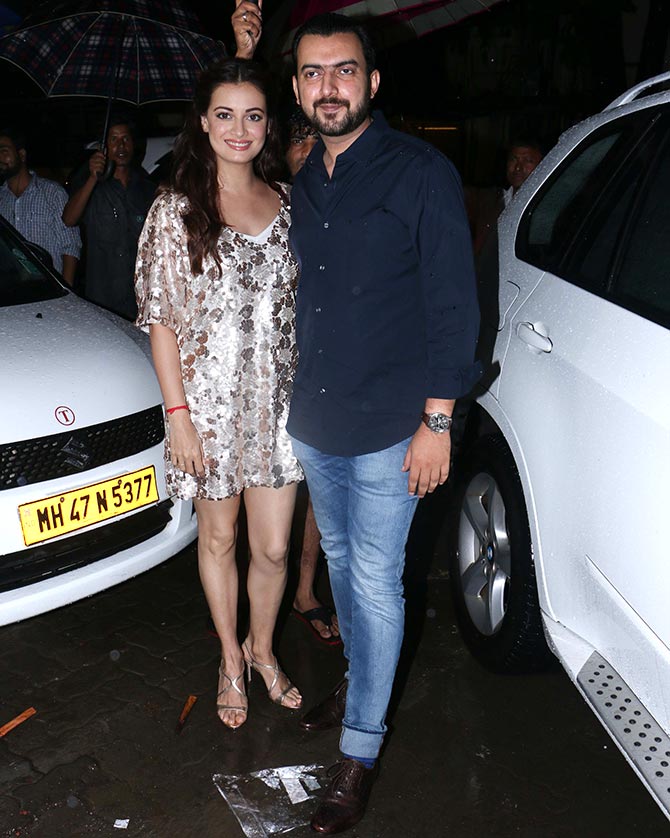 Dia -- who plays Maanyata Dutt, who, incidentally, began the process of making a movie on her husband's complicated life -- told Rediff.com how Raju Hirani had come into her life as a maseeha. 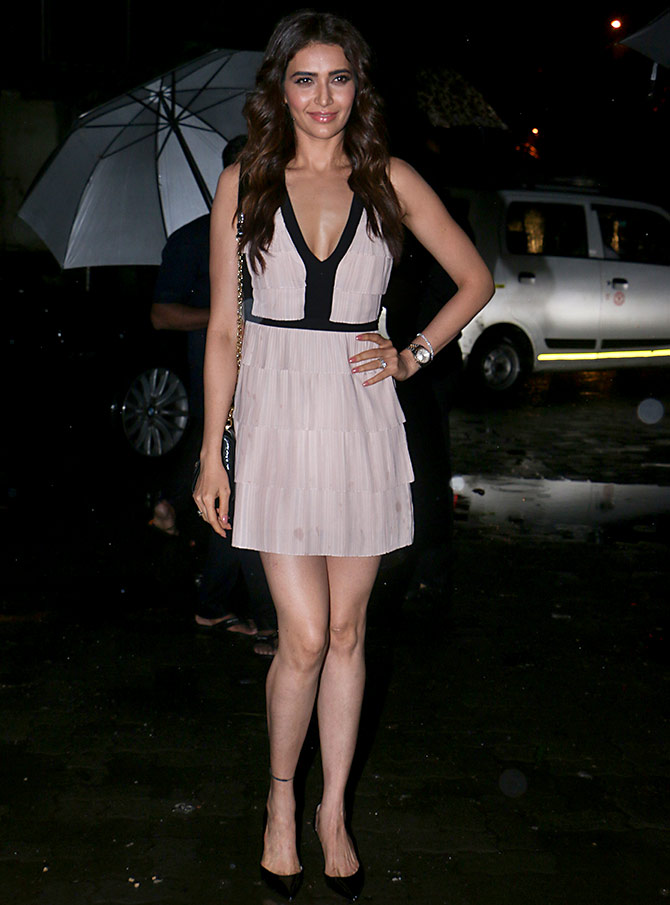 Karishma Tanna has a cameo as Vicky Kaushal's girlfriend Pinky. 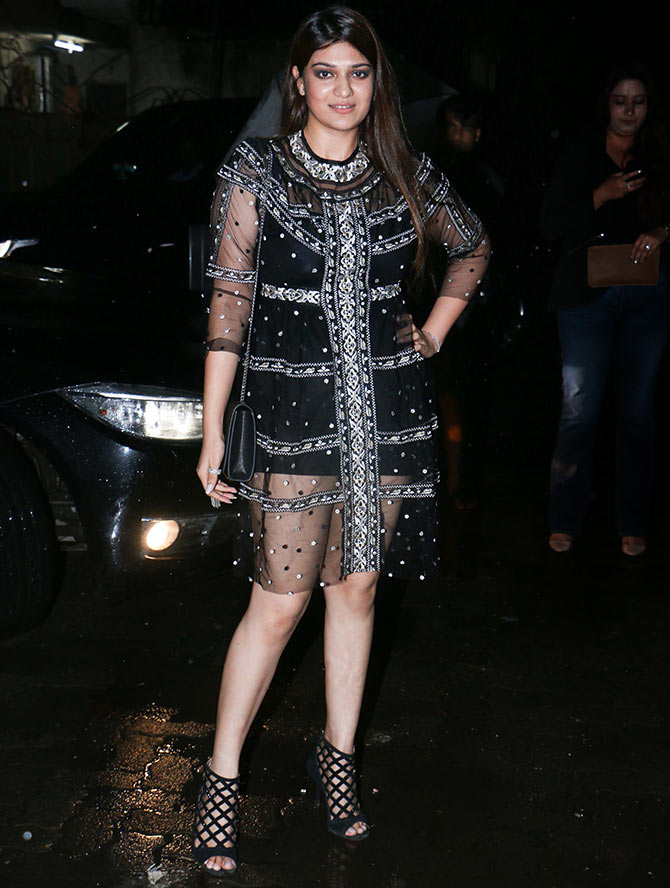 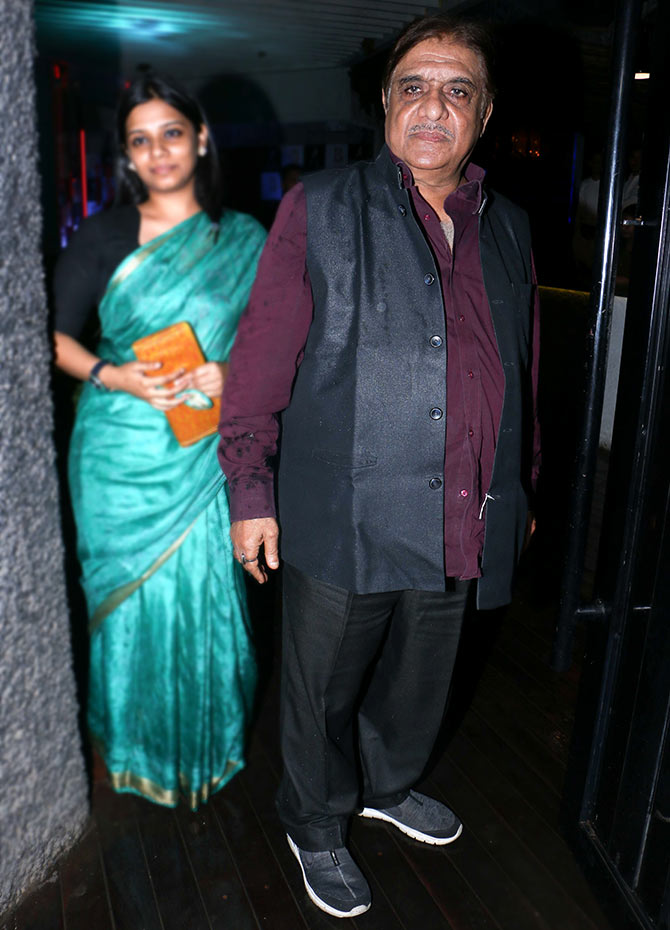 Anjan Srivastav has a brilliant cameo as a politician in the film. 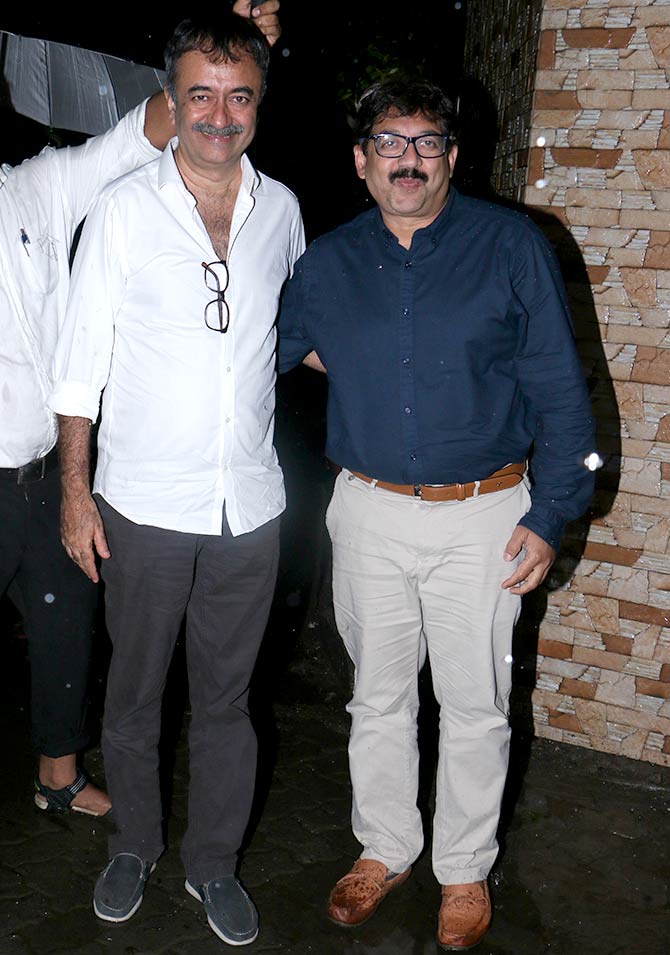 The stars of the show: Director Rajkumar Hirani and Writer Abhijat Joshi. 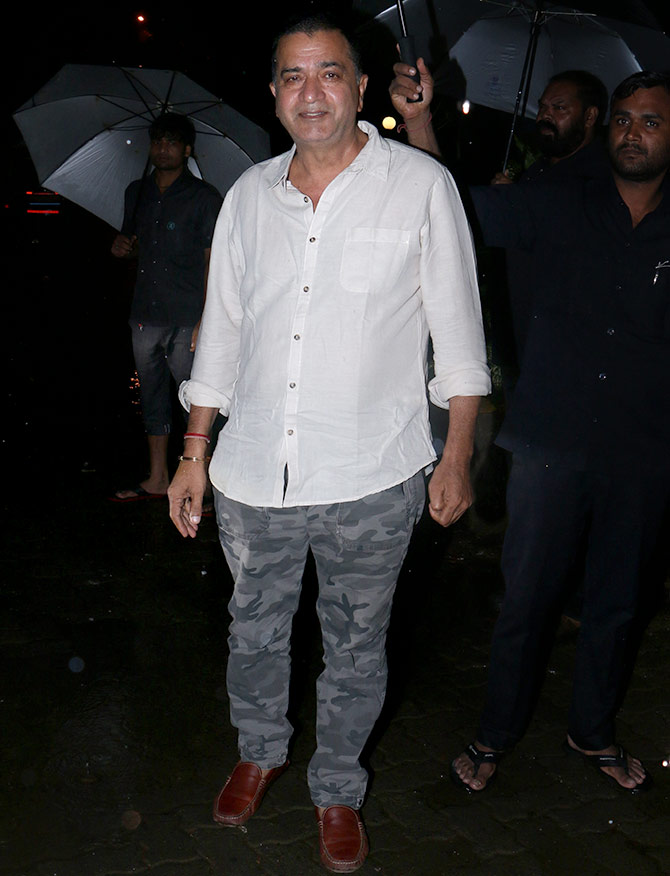 Sham Kaushal co-ordinated the stunts in the film.

His son Vicky Kaushal, who is shooting in Serbia for Uri, plays Dutt's friend in the film. 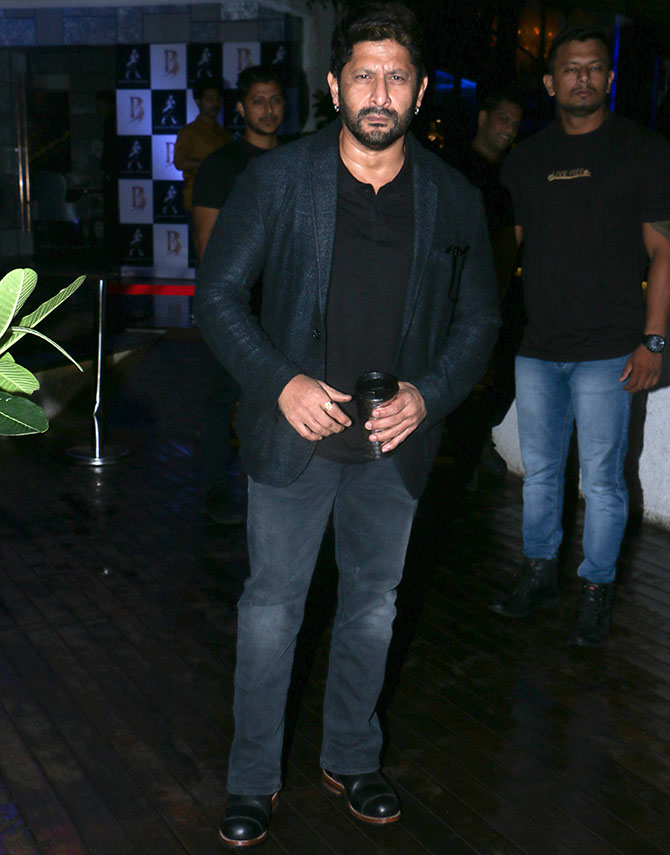 When Arshad Warsi played the unforgettable Circuit in the Munnabhai films, it changed his career forever. Arshad has a cameo in Sanju. 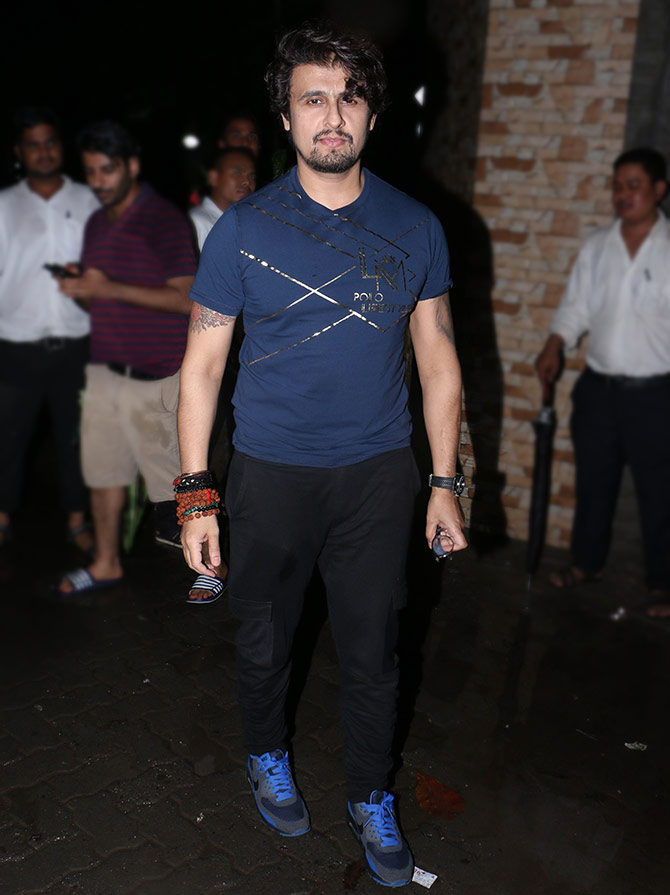 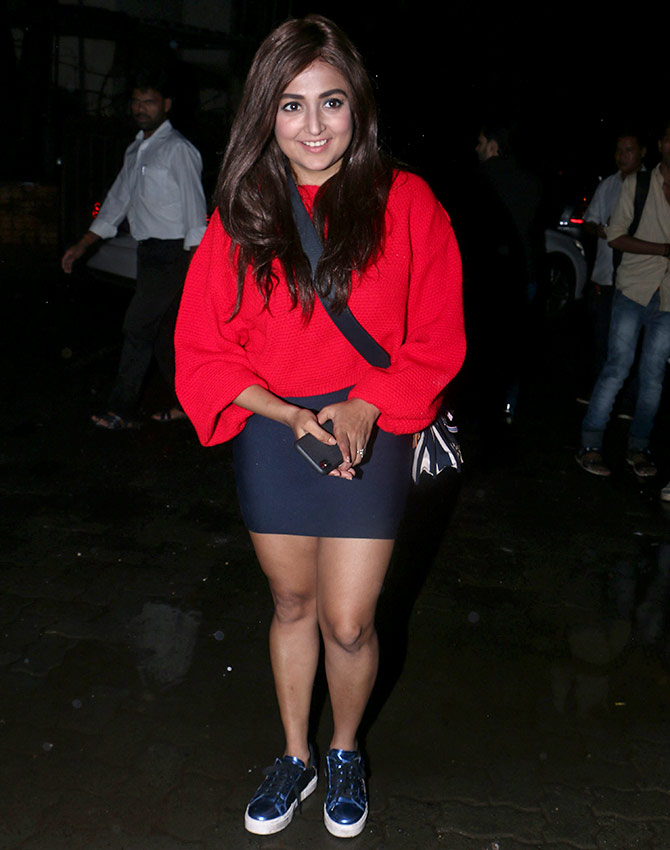 Monali Thakur richly praised Sanju on Twitter saying: 'Every single actor shined throughout #SanjuMovie.. songs fit in perfectly..! It's just an out n out treat to watch this film.. cried, laughed, cried, laughed....U are incredible @RajkumarHirani. the fan in me is posting this sweet moment for the first time.' 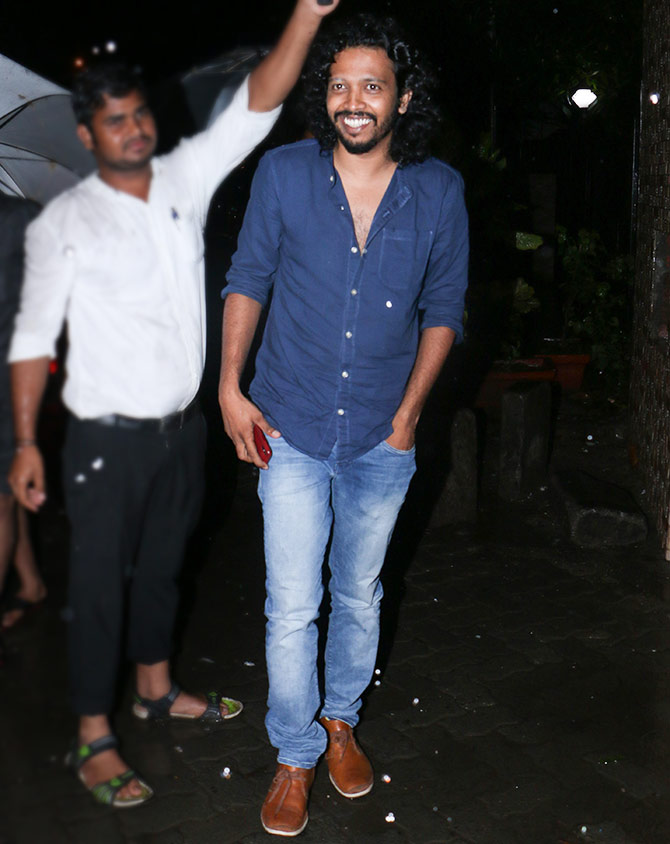 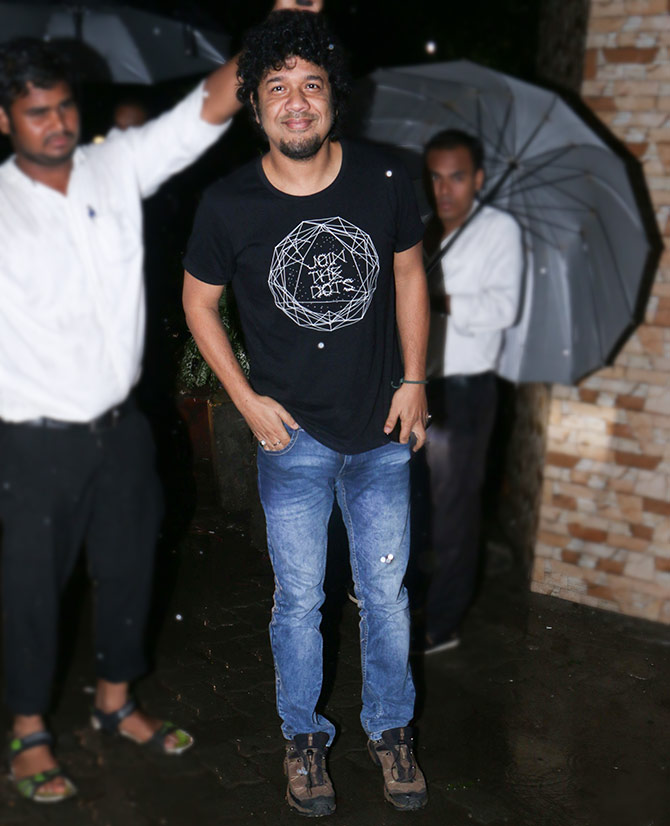 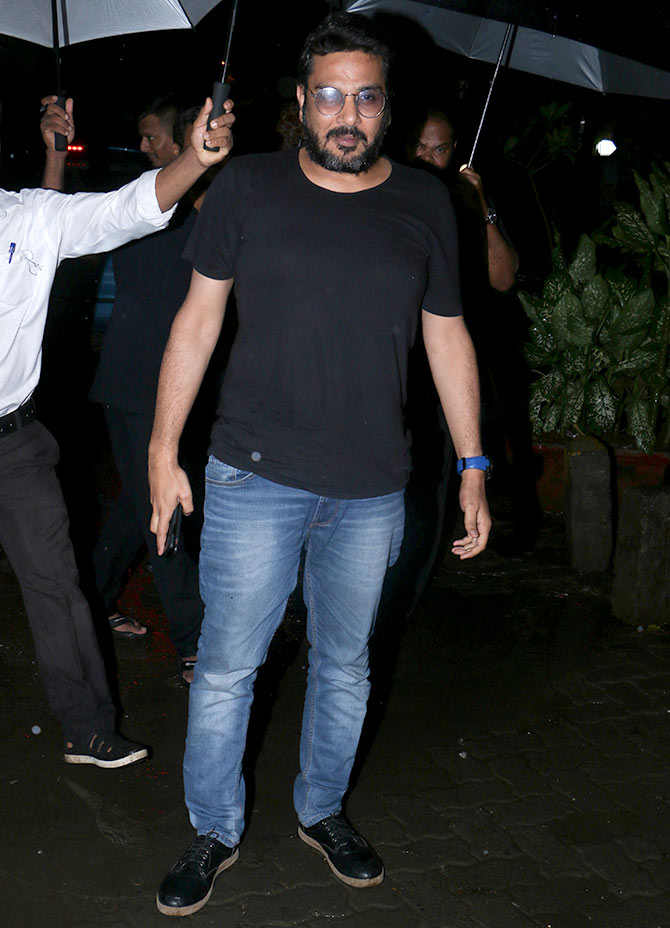 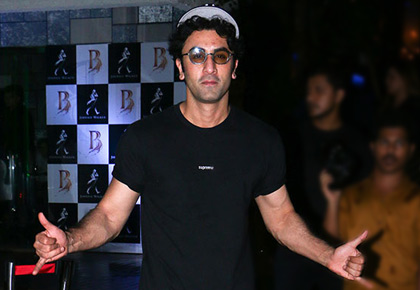 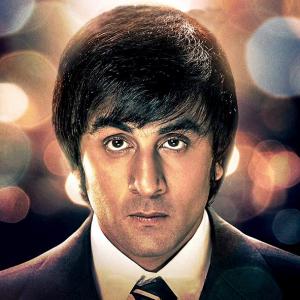 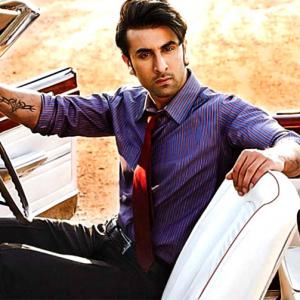