When fashion designer Vikram Phadnis launched his store Krasaa in Mumbai recently, many of his Bollywood friends turned up in support. 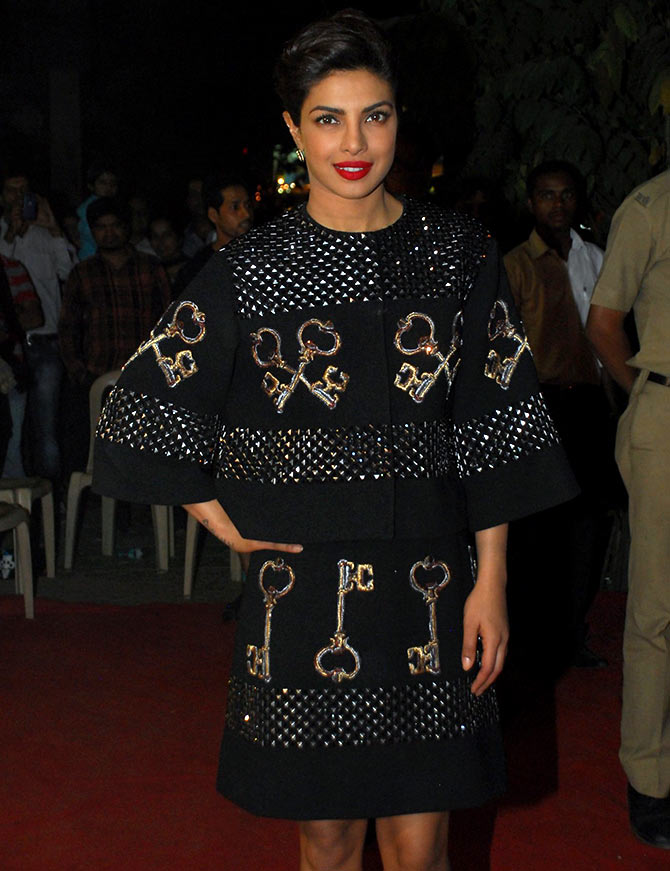 Dolce and Gabbana loyalist Priyanka Chopra chose a black and gold outfit from the label for her appearance at the do. 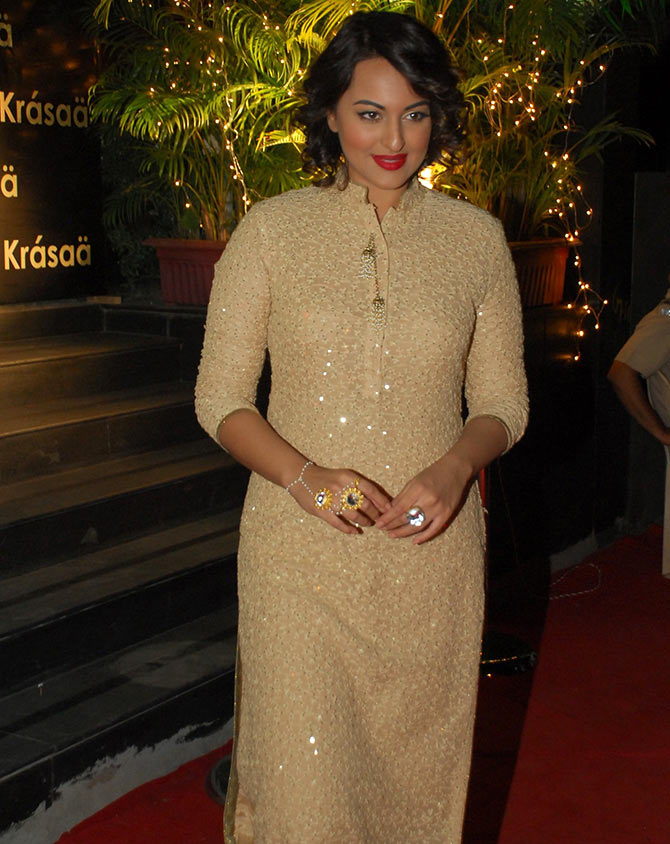 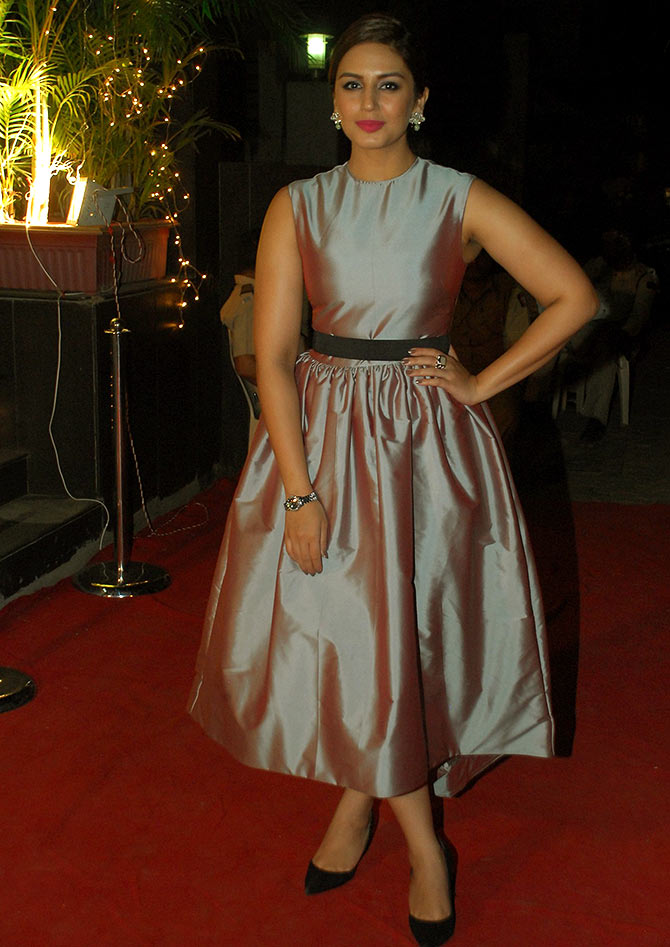 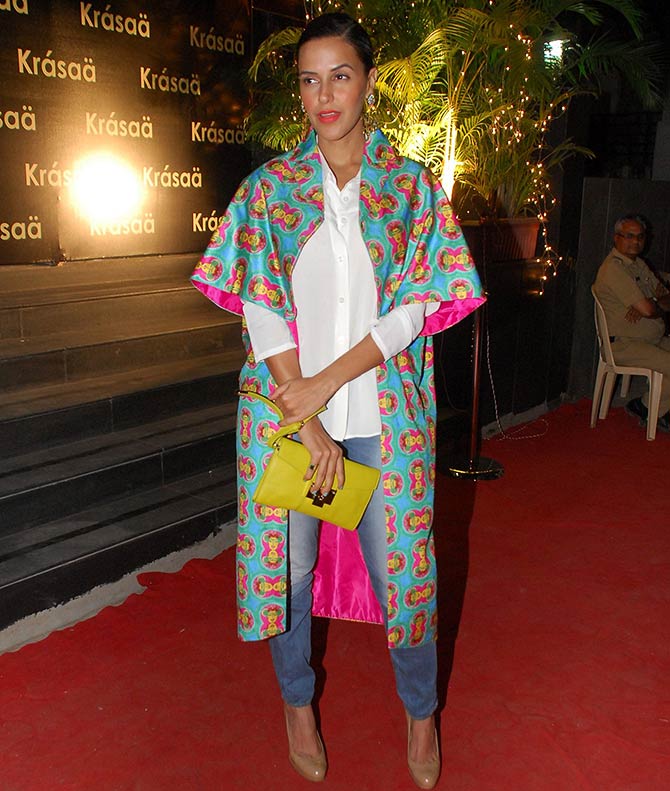 Neha Dhupia opted for colourful separates that she paired with nude pumps. 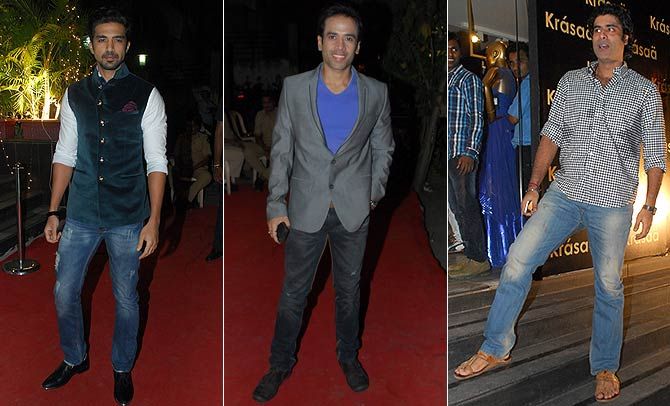 Madhoo Shah stood out in her striking Lanvin dress. 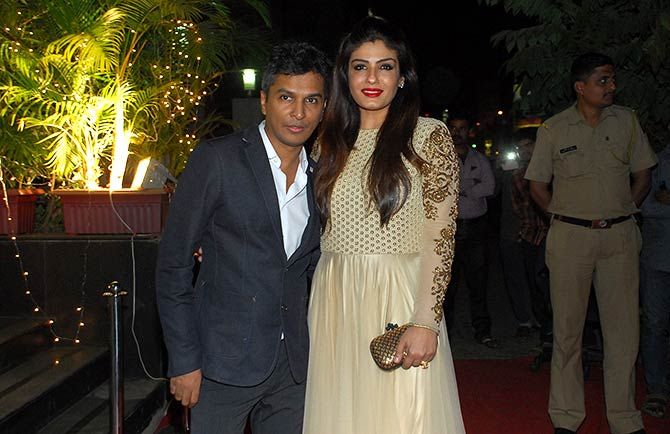 Raveena Tandon strikes a pose with host Vikram Phadnis in one of his creations. 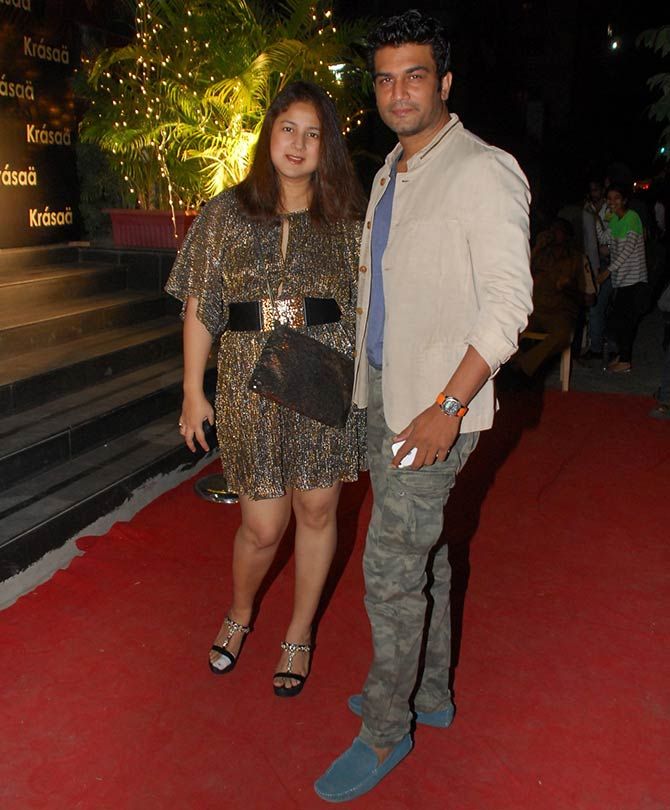 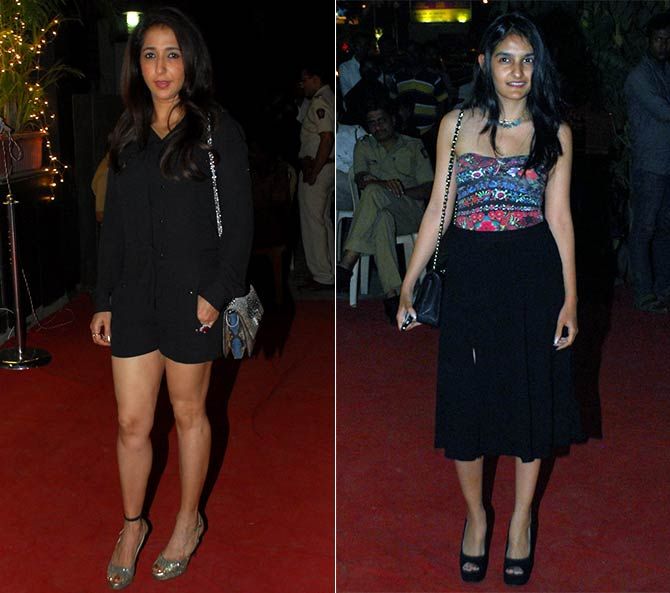 Star wives Bhavna Pandey, Seema Khan and Mana Shetty, photographed at the do. 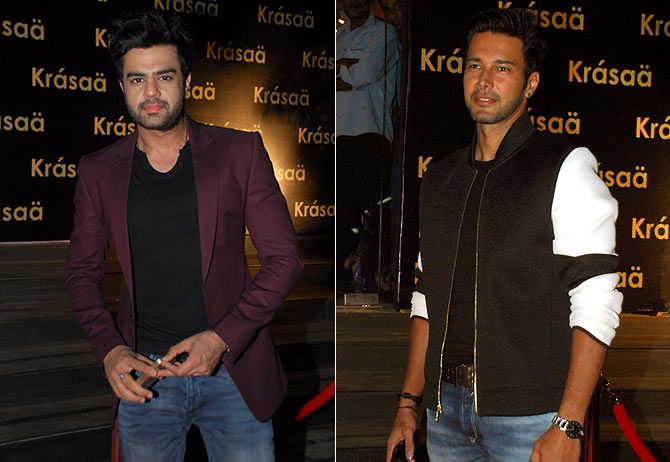 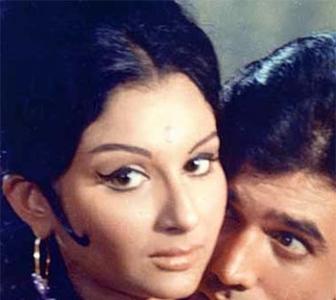