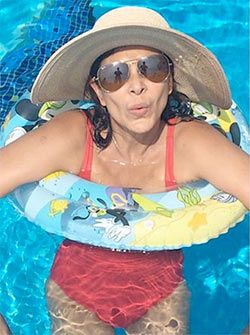 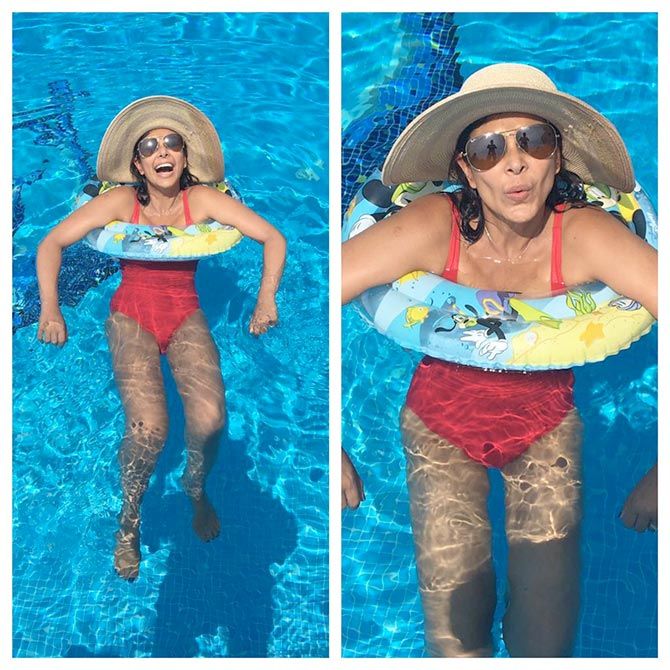 The 44-year-old year cancer survivor shared a picture, above, on Twitter and wrote, 'Getting good at the #Lebanese brand of joie de vivre! #Beirut #LebaneseSpirit.' 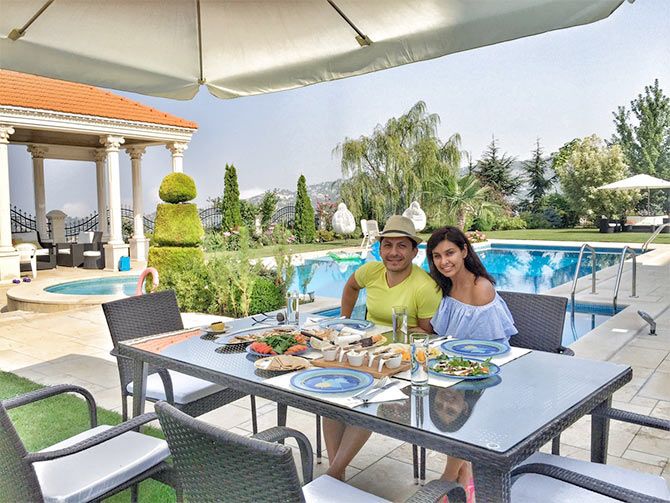 'Breakfasting with the Birthday Boy in #Beirut,' she captioned another picture. 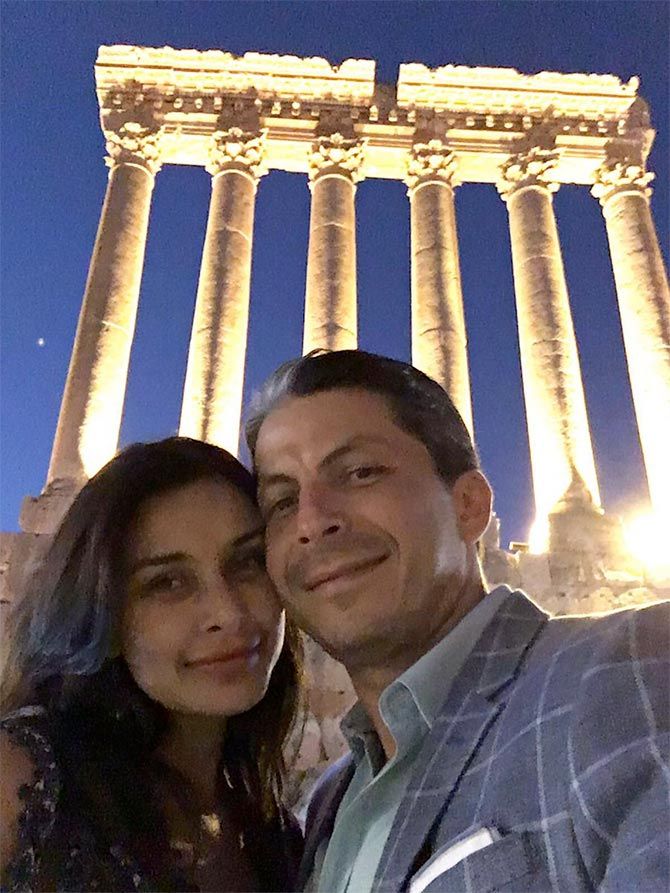 She tweeted one more picture and wrote, '#Baalbek #Lebanon #BaalbekInternationalFestival.' 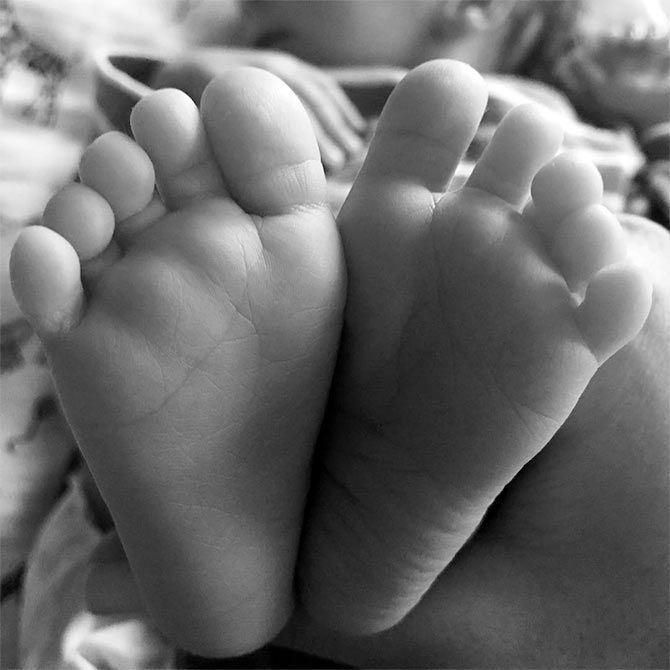 Television actress Roshni Chopra became a proud to a baby boy once again on August 14.

The Kasamh Se fame actress, who has named her son Reyaan, took to Instagram to share the first picture of her little bundle of joy.

She captioned it: 'Sleepless, But in a dream like state..Hopelessly in love, But filled with hope. A place far and deep within is touched again, Overflowing with love, Overcome with his birth. No greater joy, Welcome to the world My Reyaan.' 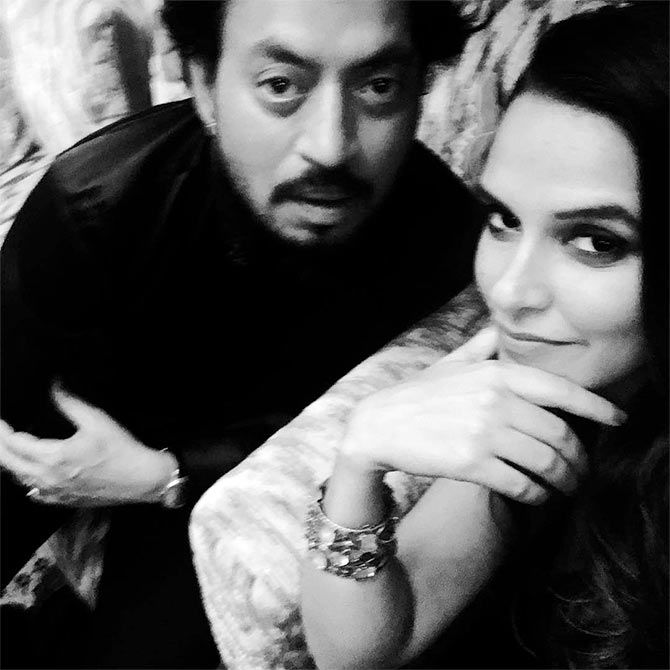 Neha Dhupia recentlyhad a fan girl moment when she bumped into Irrfan Khan.

The actress shared this picture on Instagram and wrote, 'May all Monday's at work look like this ... #fangirl for life ... #irfankhan.'

Meanwhile, Irrfan Khan is gearing up for the release of his much-awaited Hollywood film Inferno. Co-starring Tom Hanks, the film is scheduled to release in October. 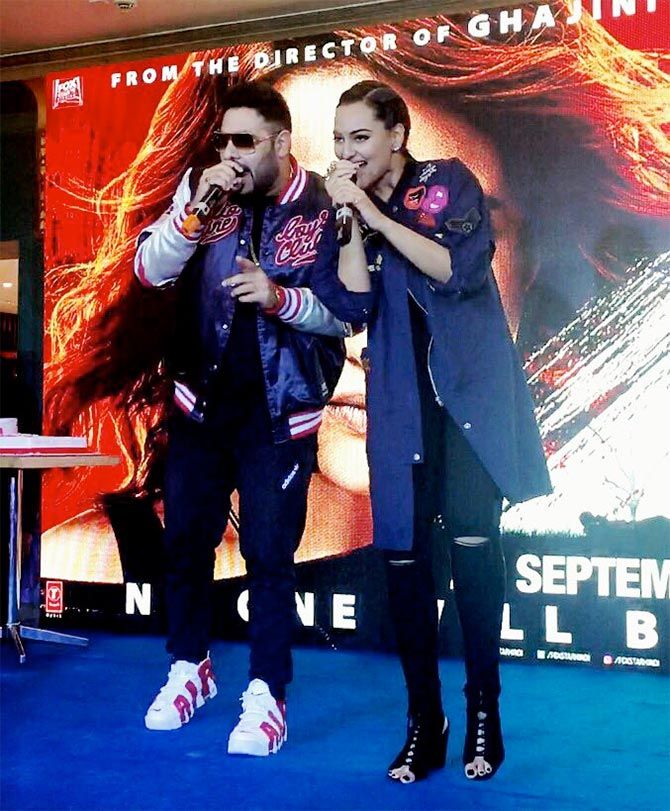 Sonakshi Sinha zoomed off to Delhi to promote her upcoming action movie Akira with rapper Badshah.

The Dabangg actress shared a picture on, above, Instagram and wrote, 'This dude!!! When he found out I'm promoting in Delhi, he said you ain't promoting alone in my city and just showed up to ROCK the event! Thank you @badboyshah... You are a gem! #badshah #djwalebabu #akira #akirapromotions.' 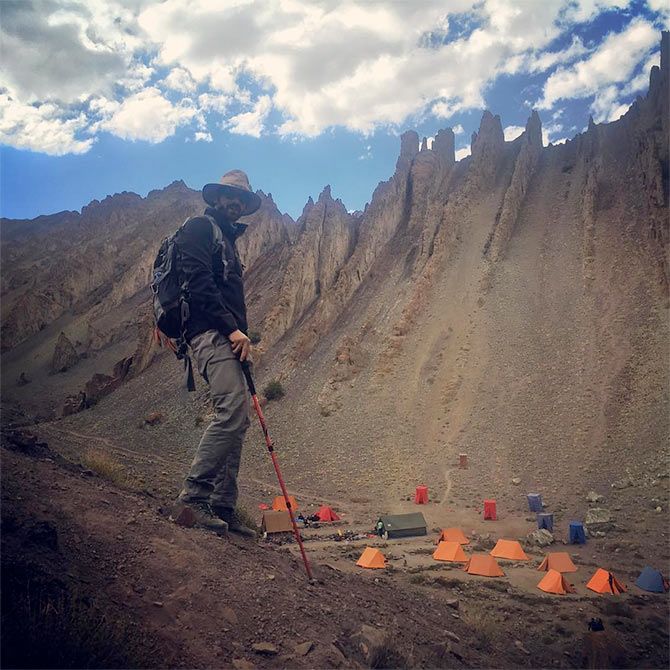 As a tribute to the Indian Army, Arjun Rampal recently scaled the Siachen Glacier, with some of his colleagues friends from the industry.

Rannvijay Singh Singha, Arunoday Singh, Sonnalli Seygall and a few others were a part of the expedition, which was an initiative by Eros Now.

Rampal shared a picture on Instagram, above, and wrote, 'Heading to base camp. #mountainsrule #salutesiachen #adventure #erosnow #humbled #grattitude.' 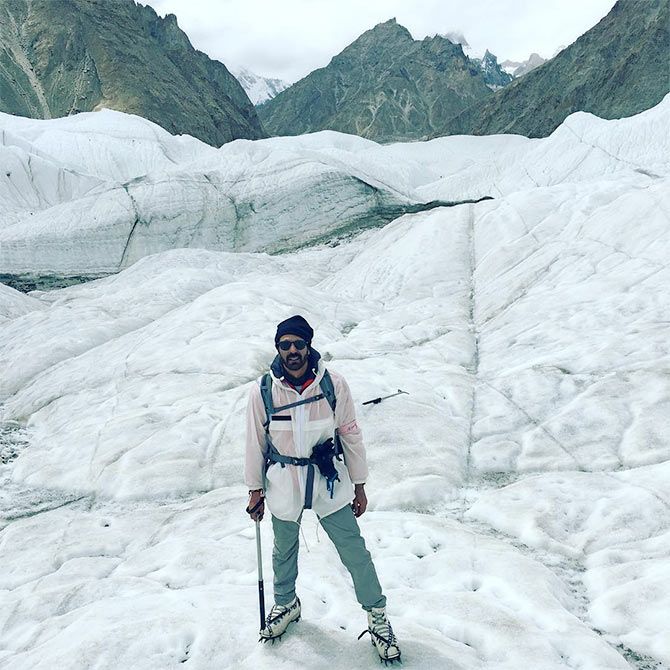 'Back home from Siachen glacier. The most amazing experience. #salutesiachen #proudofindianarmy #erosnow #siachen #adventure #humbled #mountainsrule,' he captioned another picture.