'Happiness is a small word to describe my feelings at the moment.'

The Pawars, exuberant after Sunny's success, meet the Thackerays. 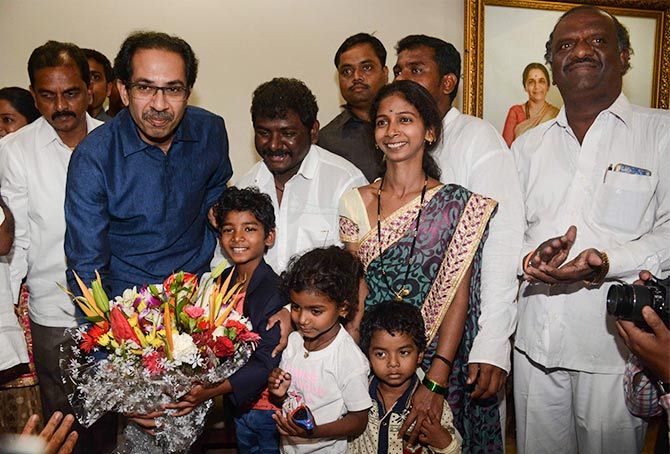 Child actor Sunny Pawar met Shiv Sena chief Uddhav Thackeray after returning from the US where he attended the 89th Annual Academy Awards.

The eight-year-old actor, who starred in Oscar-nominated film Lion, won hearts at the star-studded ceremony in Los Angeles.

Sunny, along with his parents and a host of relatives, visited Matoshree, the residence of the Thackeray family in suburban Bandra.

Uddhav, along with his son Aditya and other members of the party, greeted Sunny and posed for pictures. 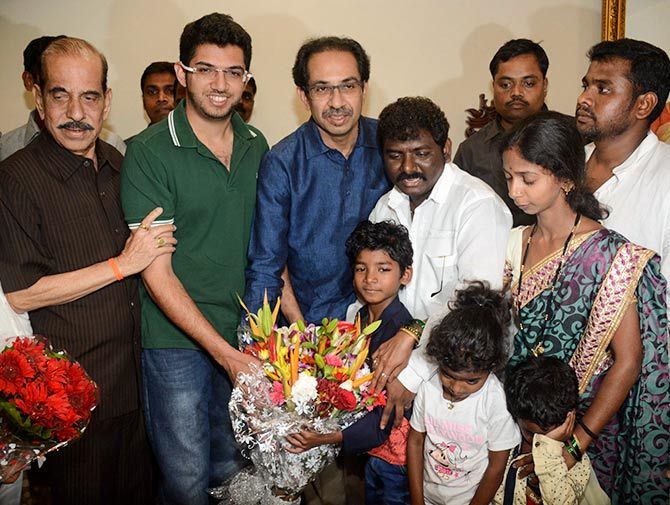 Sunny, who hails from a suburban slum in the city, rose to global fame overnight with his Oscar-nominated film Lion starring Dev Patel and Nicole Kidman.

Lion is the true story of a young child, who is separated from his family and later gets adopted by an Australian family.

When he grows up, he uses Google Earth to find his real parents.

Sunny, a Class III student of Air Indian Model School at Kalina, in the western suburb of Mumbai, was selected after a nationwide talent-hunt around one-and-a-half years ago and cleared the auditions in Mumbai and Pune to land the plum role in the film. "I had a lot of fun at the Oscars," Sunny said at the airport after returning from the US in the wee hours of March 1.

Sunny's family is on the cloud nine and is proud of him.

"We all are very happy that Sunny has reached this far. It all seems like a dream. Unfortunately, we couldn't see the Oscars due to some technical problems. We will surely watch it soon," Sunny's grandfather Bhima Pawar said.

His mother Vasu says his son has been a movie buff and one of his favourite films is Hrithik Roshan's Krrish.

"I don't know what to say...It's all happening too quick. Happiness is a small word to describe my feelings at the moment. We are thankful to the entire team of Lion," she said, adding that Sunny is good at studies as well. 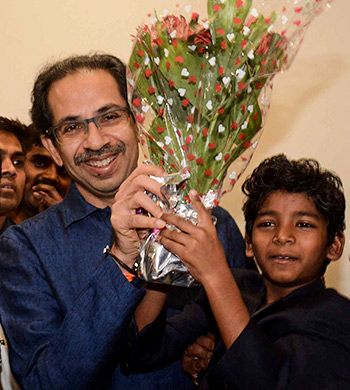