The Telugu film industry get together for a grand wedding.

Industrialist-producer-politician T Subbarami Reddy's grandson Rajiv got married to Kavya on February 5 in a grand ceremony at the Hitex in Madhapur, Hyderabad.

Expensive sets were erected for the wedding ceremony but the highlight was a dance performance by Hema Malini. 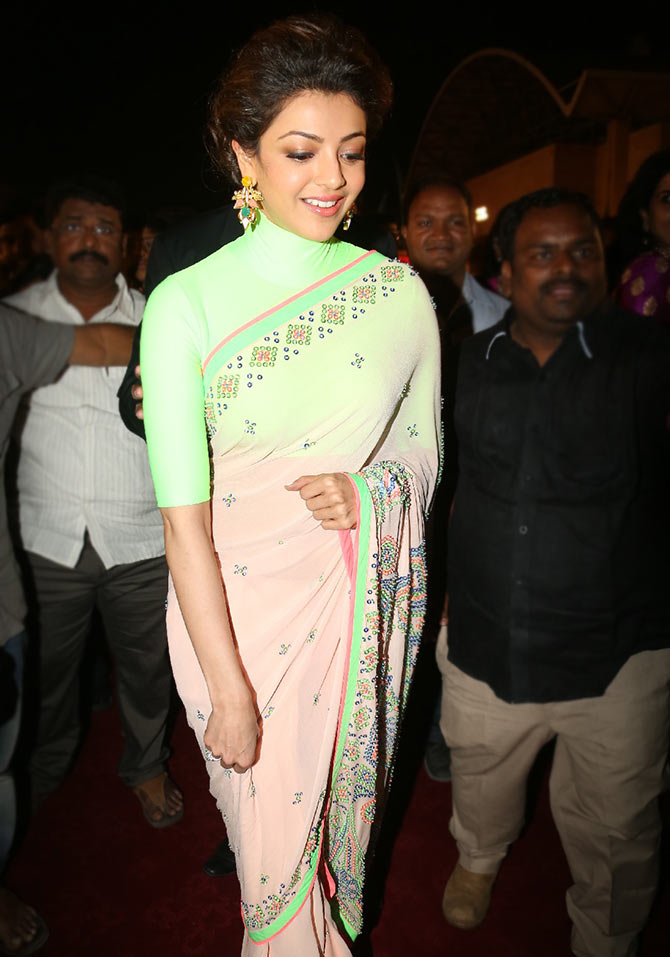 Kajal Aggarwal dresses up in pink and green. 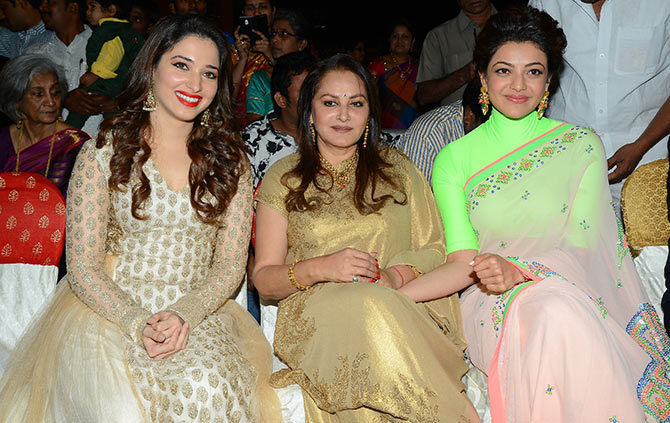 She mingles with actresses Tamannaah and Jaya Pradha. 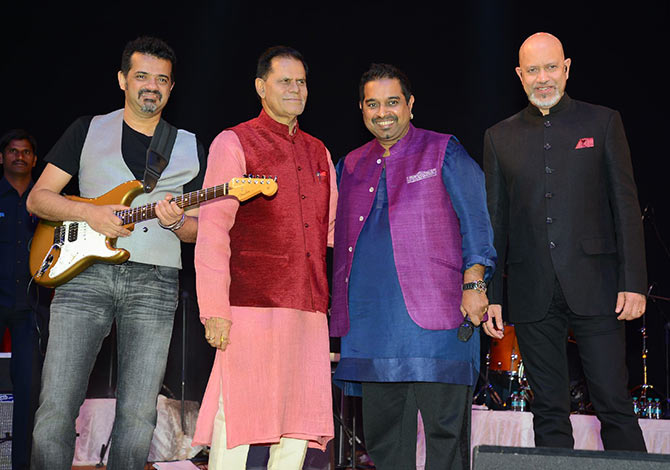 Shankar Mahadevan is obviously a very busy man. From performing in the city to attending jury meets, his dairy seems quite full.

Here, he is seen at the wedding with his composer team, Ehsaan Noorani and Loy Mendonsa. 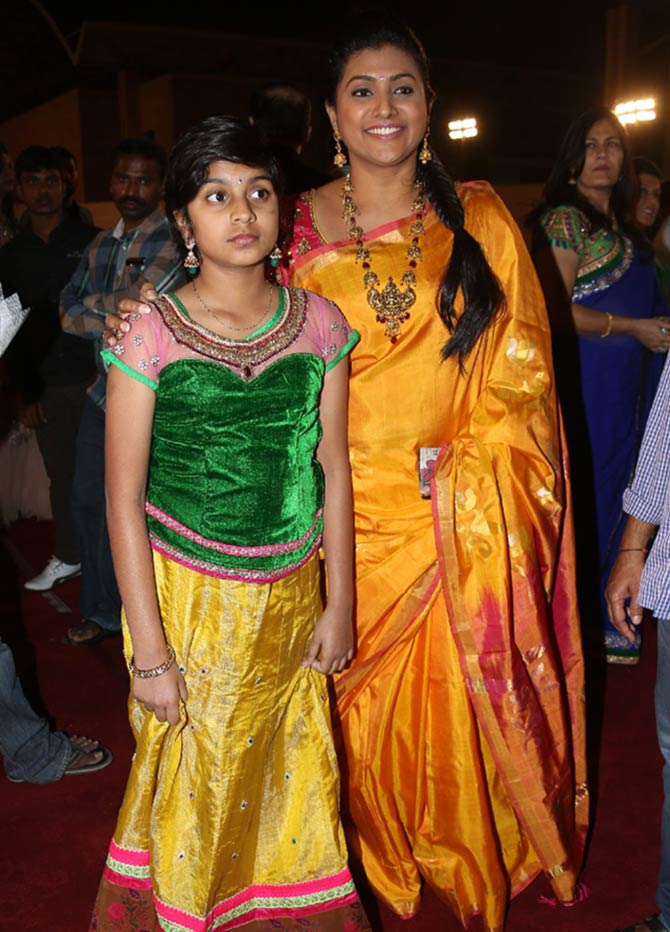 Actress Roja with her daughter. 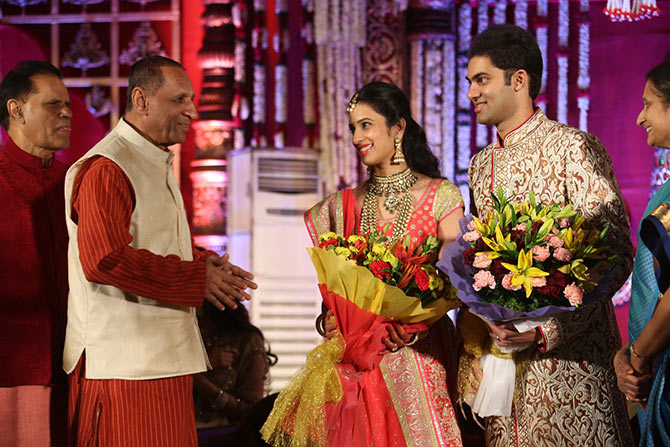 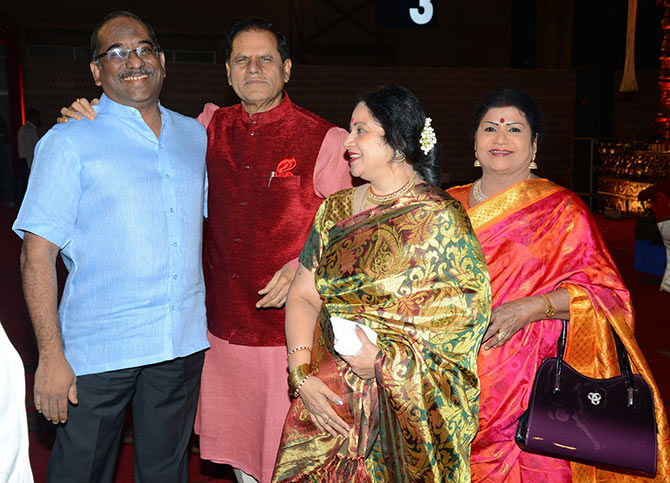 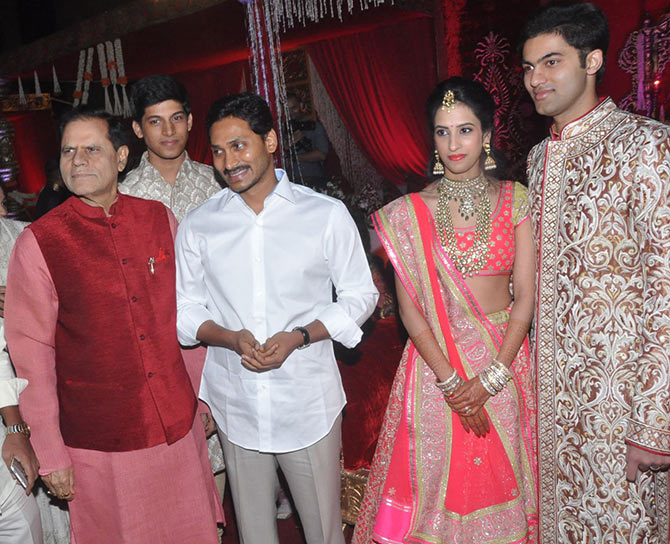 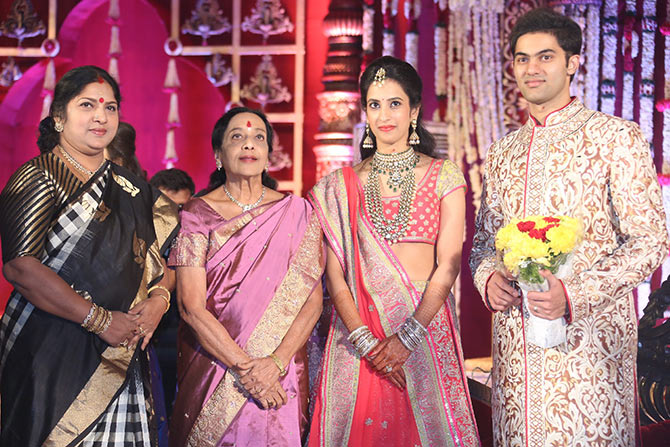 Telugu actresses Rekha and Jamuna with the couple. 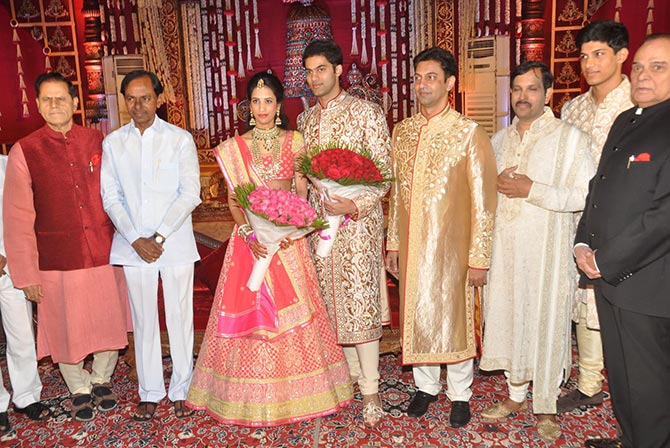 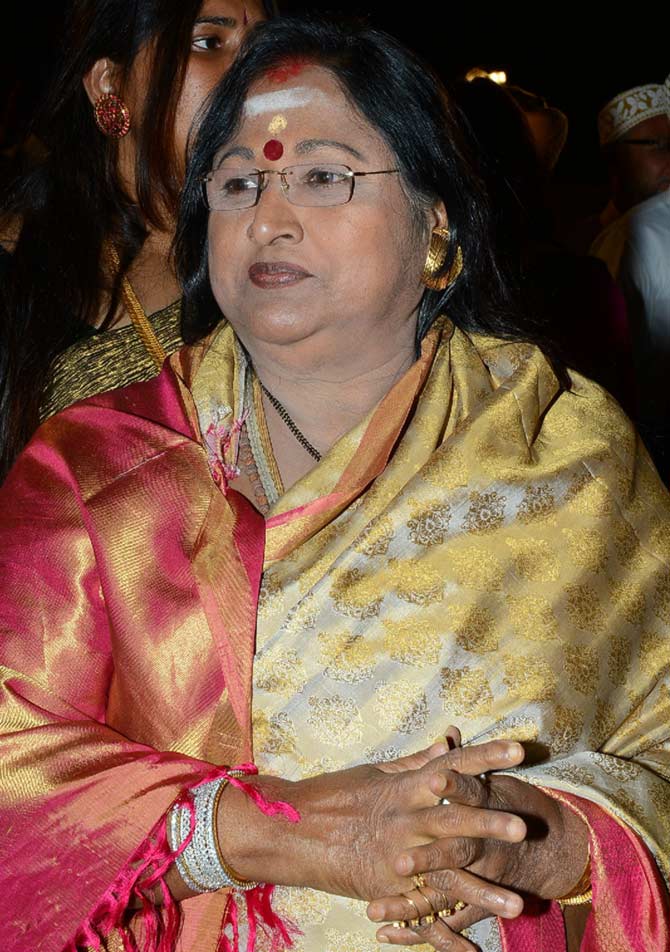 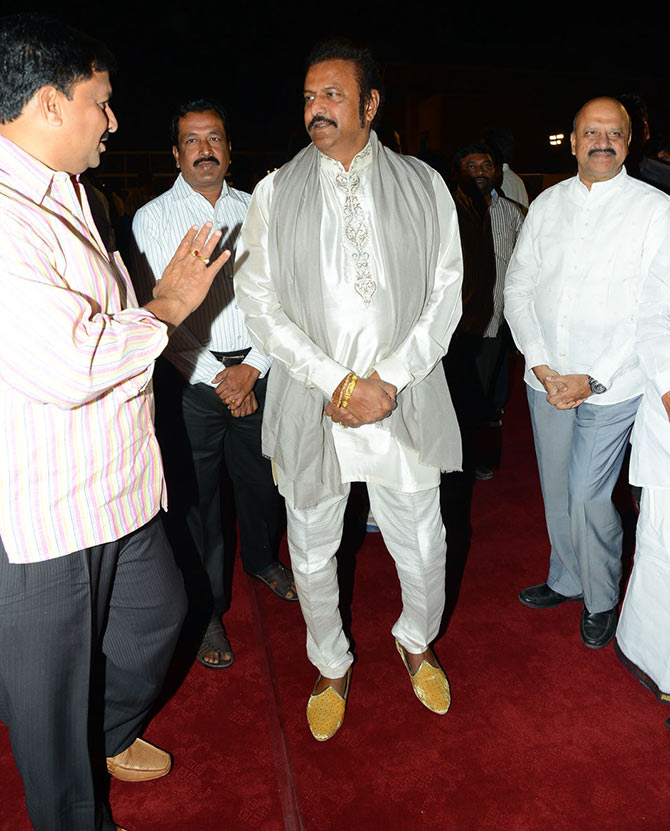