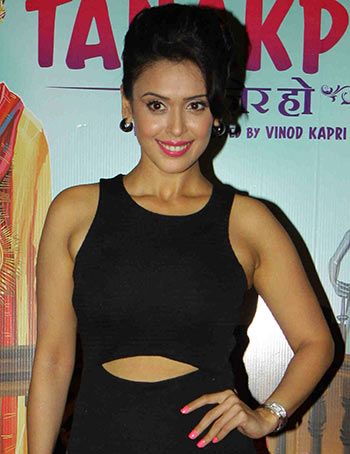 This week's release Miss Tanakpur Haazir Ho was screened for the film industry at PVR theatre in Juhu, a western suburb of Mumbai, and the film's cast. 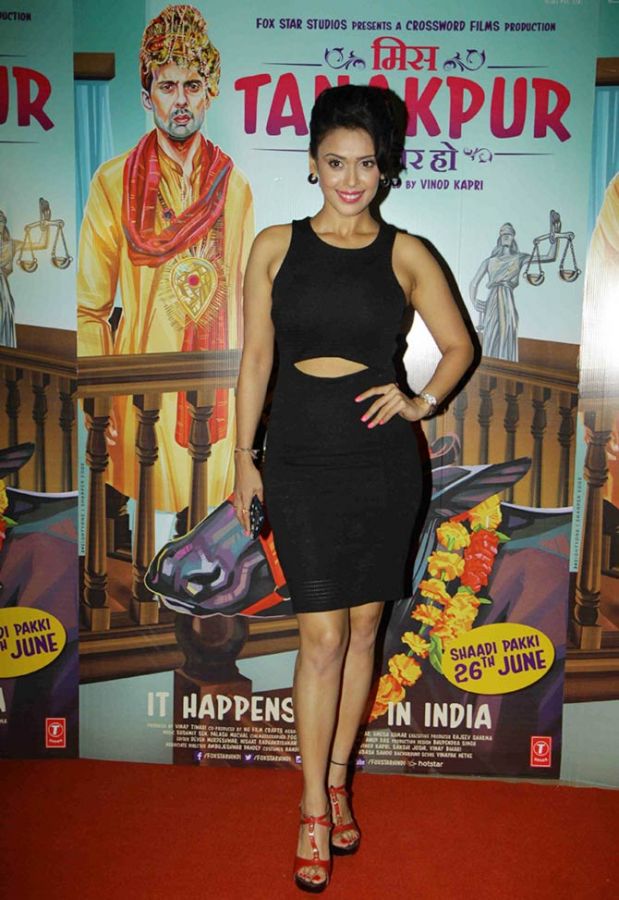 The film's lead Hrishitaa Bhatt arrives in black, looking nothing like the village girl she plays in the film.

The actress had also visited the Rediff.com offices, with the film's director Vinod Kapri and co-star Rahul Bagga. 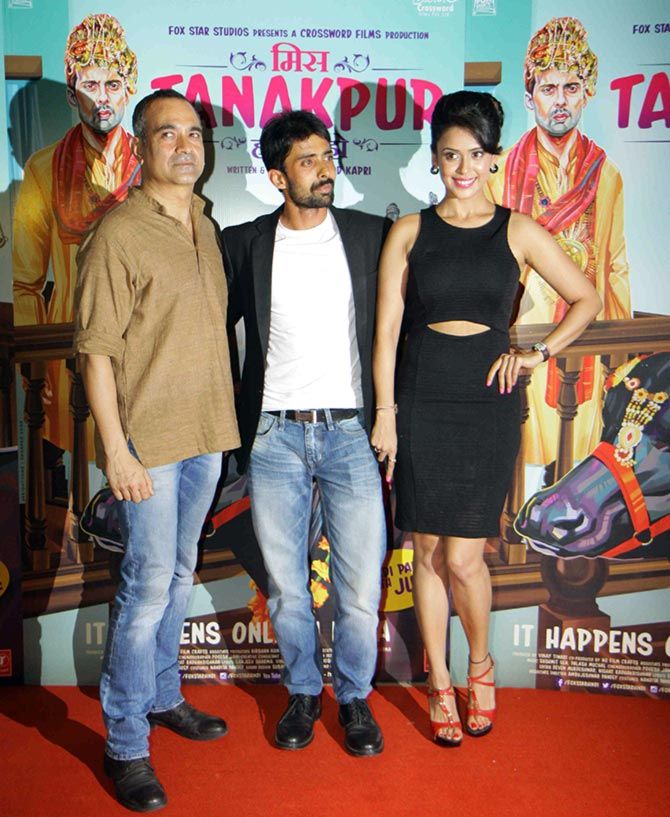 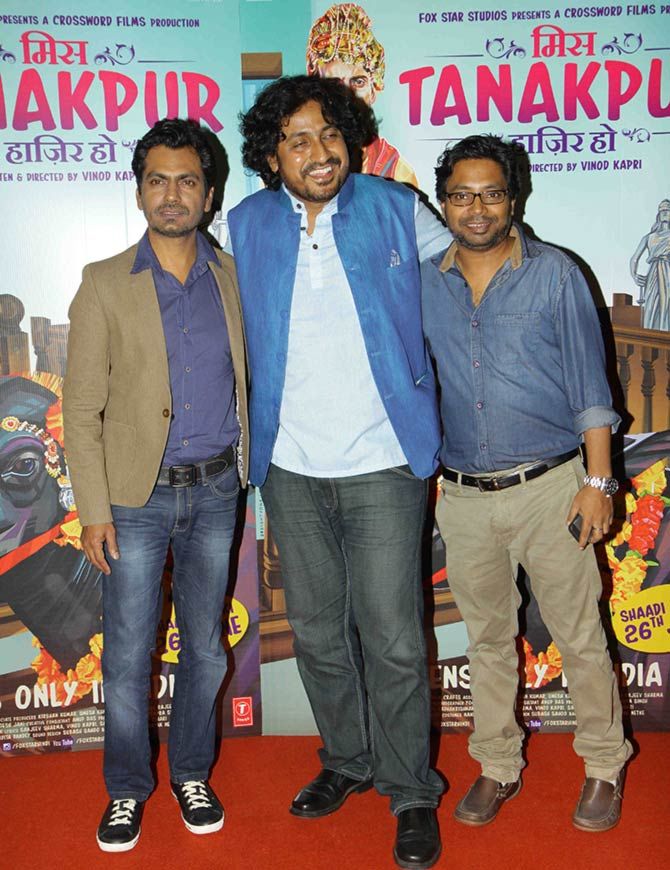 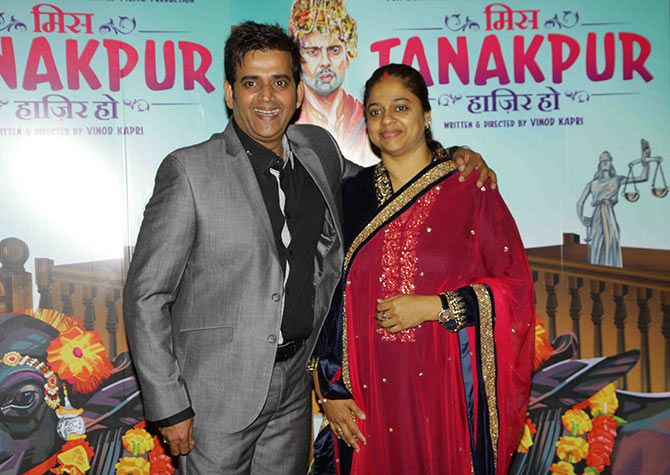 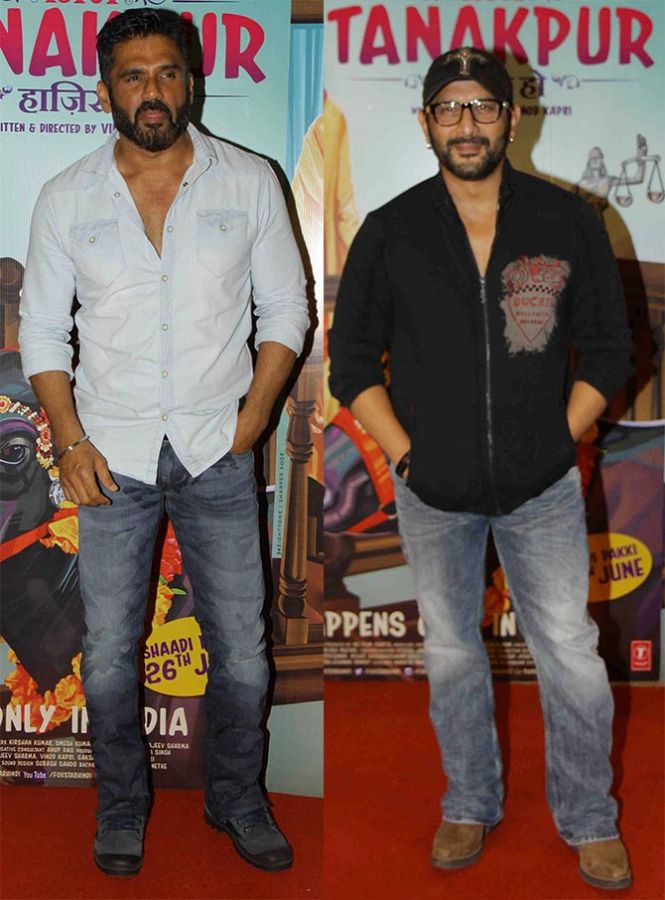 Suneil Shetty and Arshad Warsi at the screening. 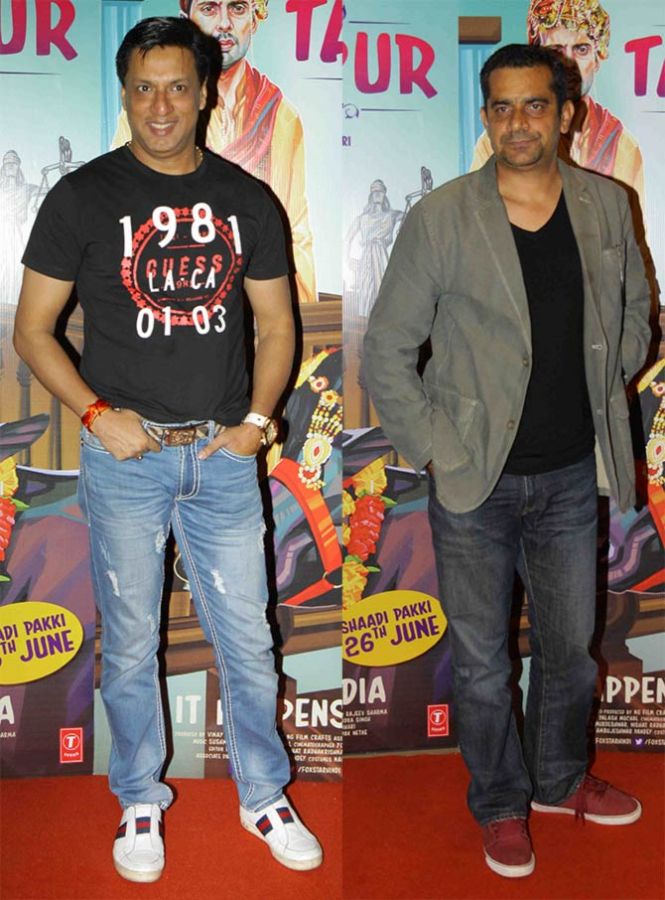 Like Kapoor, Vinod Kapri was also a journalist before he became a director. 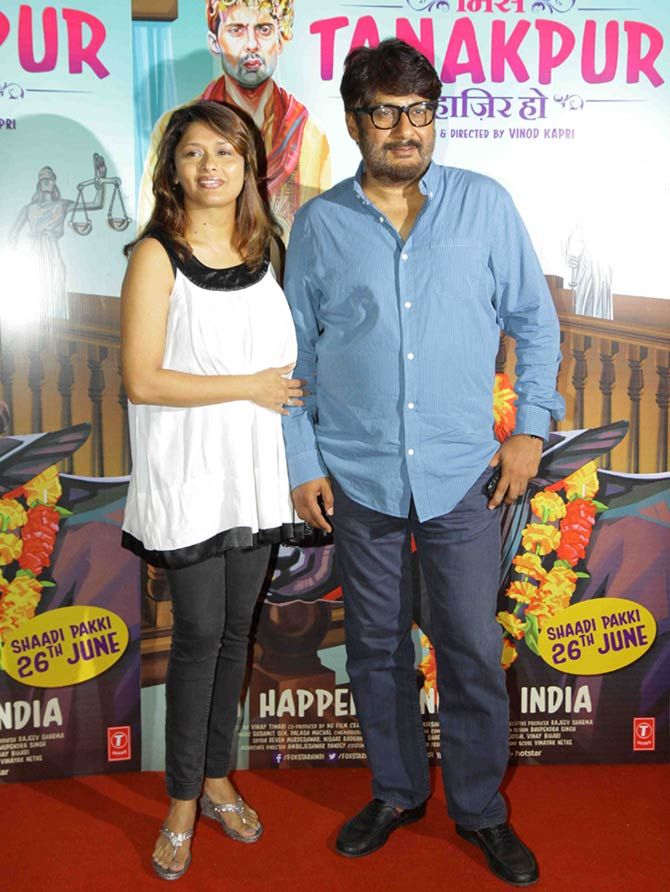 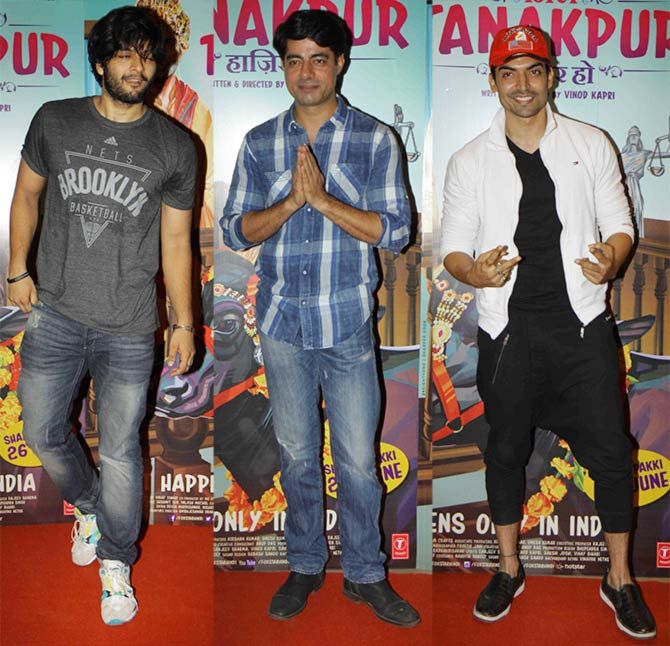 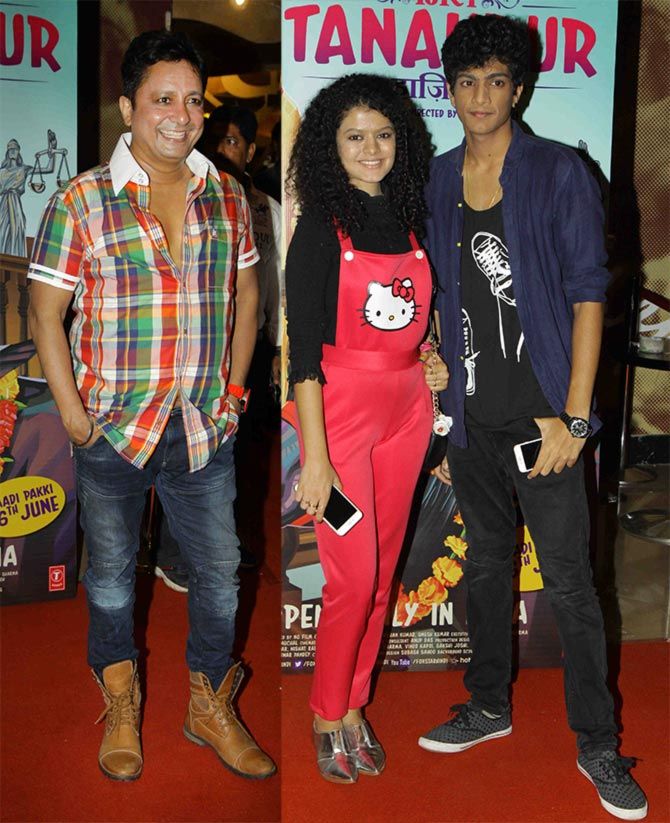 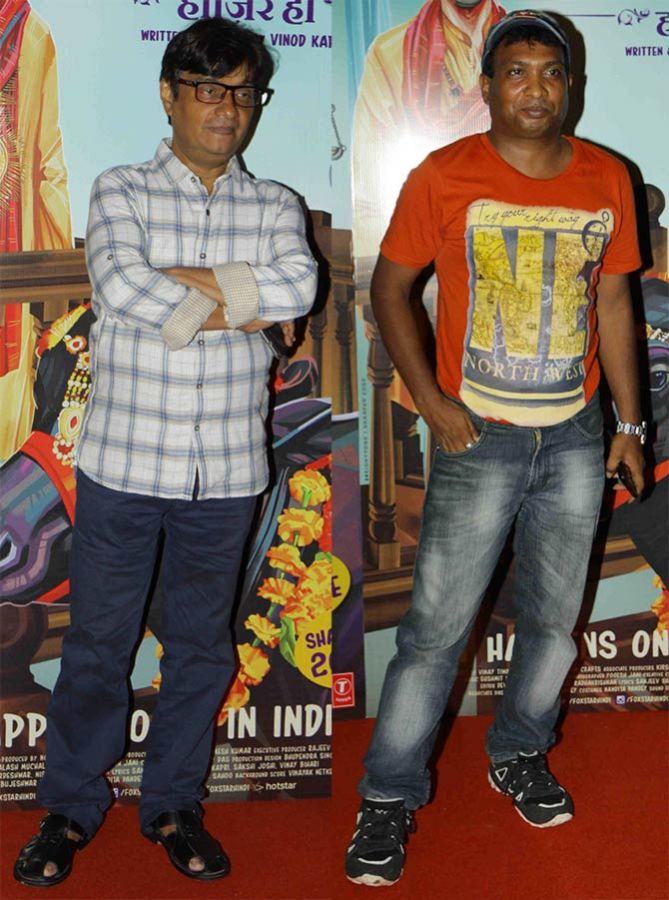