And the celebrations continue! 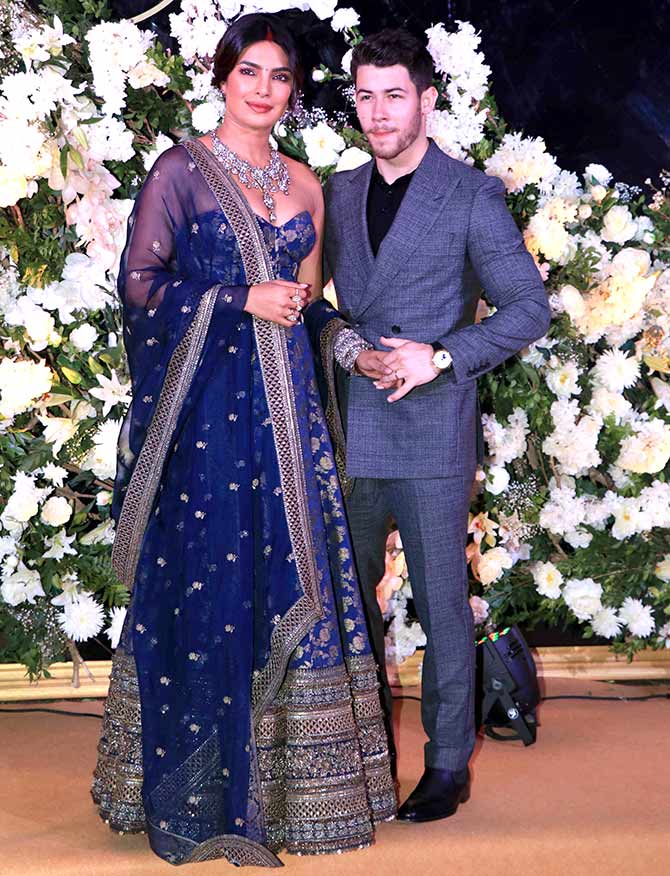 Nineteen days after their grand Jodhpur wedding, Priyanka and Nick held a reception in the city that the bride has called home for many years now.

The invitees to the reception -- which was held at a suburban hotel in Juhu on Wednesday evening -- included family, friends and the media.

Another reception is scheduled on Thursday evening for Bollywood celebrities at a five-star hotel in suburban Bandra. 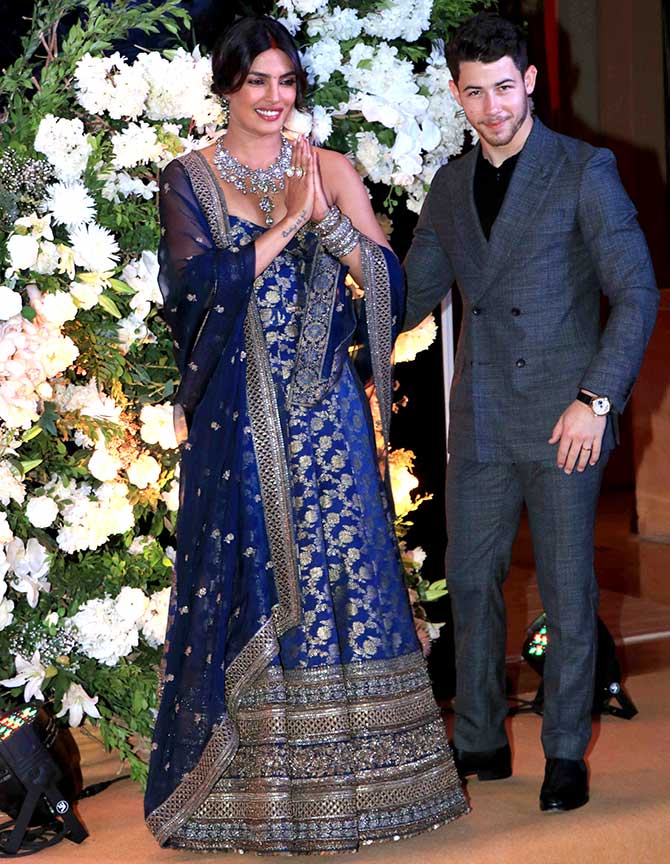 The venue was decorated with white lilies, orchids and candles, featuring an entwined N and P in the backdrop.

Priyanka looked gorgeous in a strapless blue and gold lehenga, which she accessorised with a massive diamond necklace. Nick was comparatively understated in a grey suit that he wore with a black T-shirt. 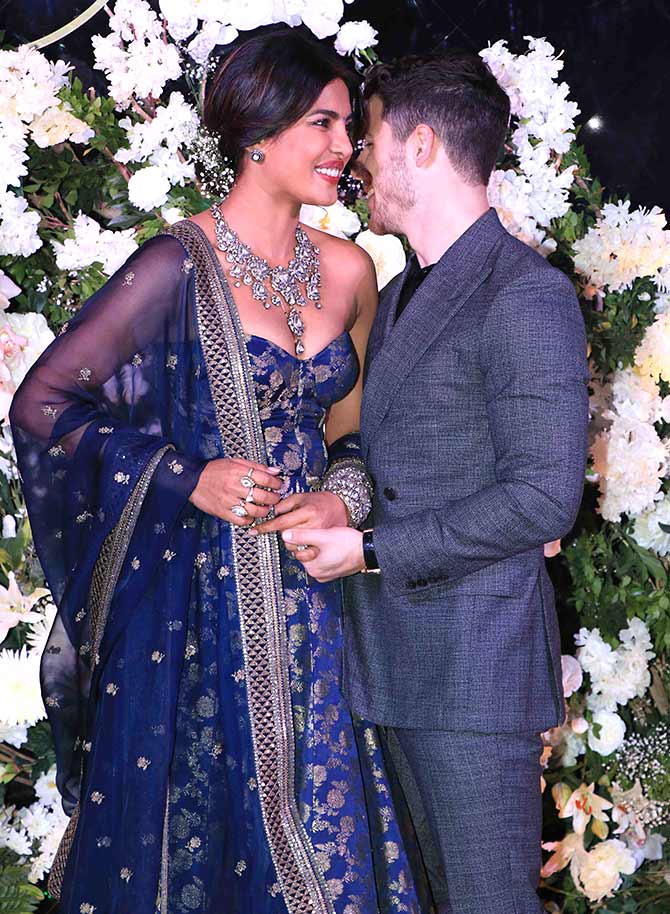 After posing for the shutterbugs, Priyanka thanked everyone for coming.

"I am going to take your attention for two seconds... It means so much to us that all of you came tonight. This has been an extremely special chapter in my life and I wanted my husband to meet all the special people who have contributed to it. 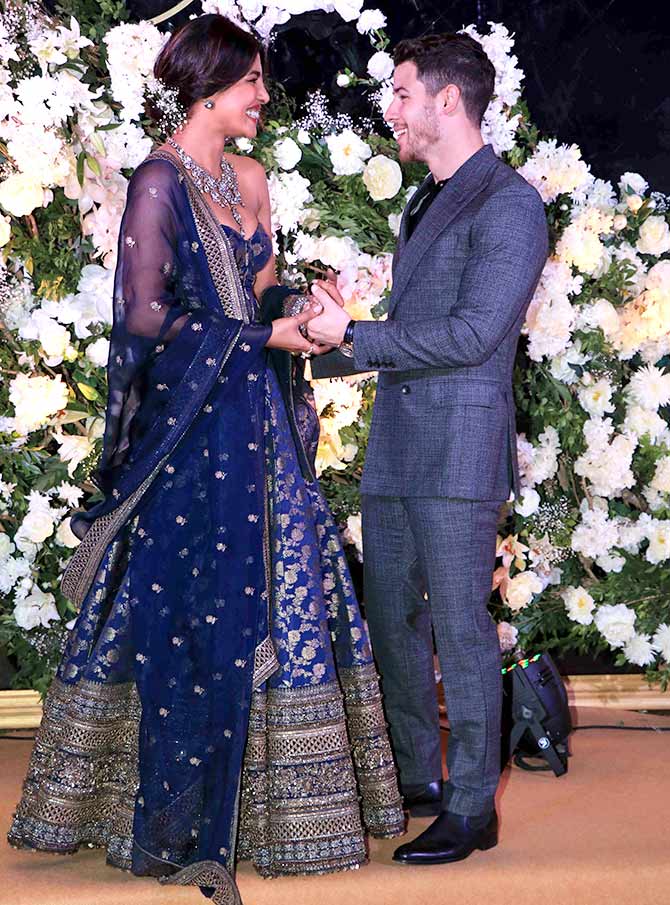 Looking at her hubby, she added, "And this is my husband, Nick Jonas."

And then, Nick took to the mike. "This is my first show in India. And thank you all so very much for coming out."

"I wasn't too far from here that I took Madhu (Priyanka's mother) out to lunch and asked her if I could marry her daughter. So to be here tonight with all of you... the people who have helped shape who she has become means the world to me. To be embraced with such open arms, it's just unbelievable. Tonight is about celebrating and spending time, it is my first introduction with you all." 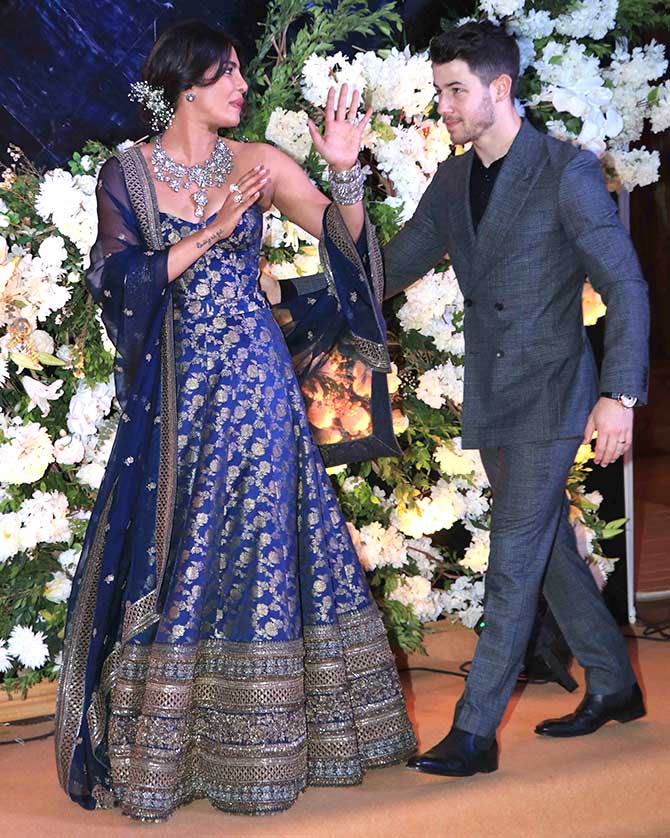 Priyanka and Nick tied the knot at Jodhpur's iconic Umaid Bhawan Palace on December 1. They had two weddings -- Hindu and Christian.

The extravagant wedding was followed by a reception in Delhi on December 4, which was attended by PM Narendra Modi.

After their Delhi reception, the couple went off to Oman. According to media reports, Priyanka later went back to New York, to promote her movie, Isn't It Romantic. 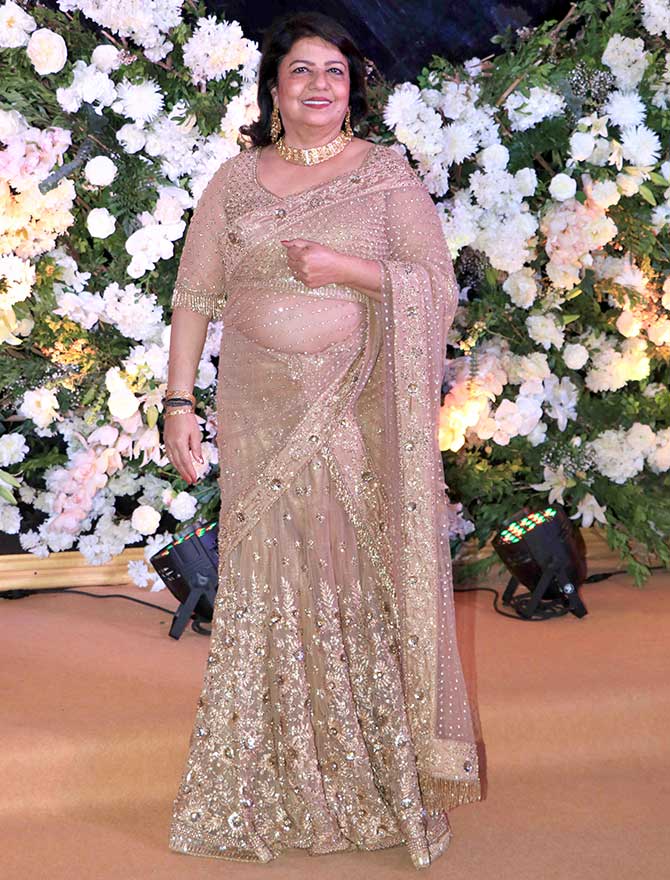 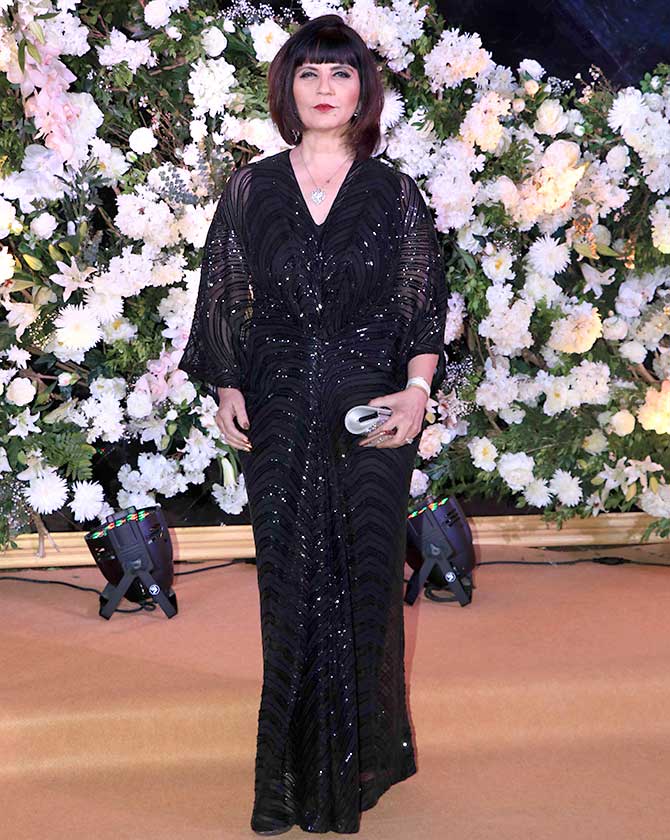 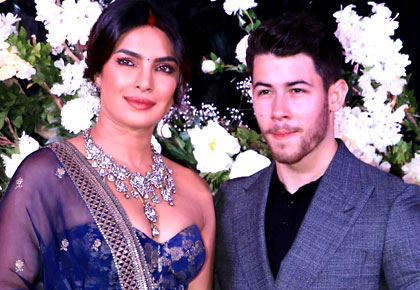 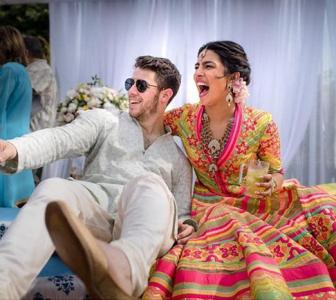 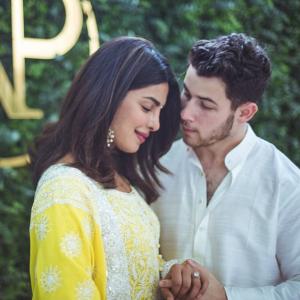 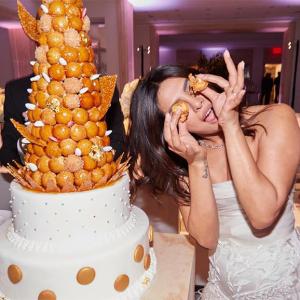