Are you ready for the Divide concert? Amid heavy security and much fanfare, British singer Ed Sheeran landed in Mumbai on November 17, for his Sunday gig.

A recent bike accident may have led to select show cancellations, but the ginger-haired musician’s Mumbai stopover was fortunately, not affected.

The 26-year-old singer was snapped at the Mumbai airport in a blue hoody and a cap that covered his face. He arrived two days earlier, as he wants to explore Mumbai.

As Sheeran brings his Divide concert to the city, 10,000 Sheerios are expected to show up at the Jio Gardens in BKC on November 19.

According to reports, the Shape of You singer will be accompanied by an entourage of 45 people and will be given a fleet of 20 luxury cars. Close to 60 rooms will be booked at a South Mumbai hotel for them.

This is the Thinking Out Loud singer's second visit to India. On his first visit, he was clicked partying with Bollywood's top stars. 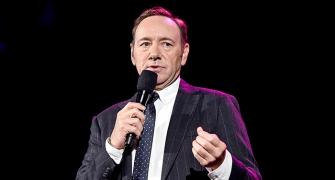 No Emmy for Kevin Spacey 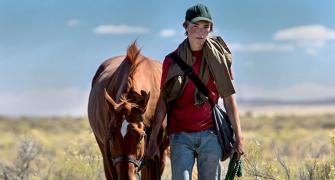