Check out  the pictures.

After the early birds and other revellers, some more Bollywood stars bid their Ganpatis farewell on September 21. Dimple Kapadia joins daughter Twinkle Khanna and grandson Aarav Bhatia as they start for the Ganpati Visarjan from their residence in Juhu, a western Mumbai suburb. Twinkle and Akshay Kumar's 13-year-old son has grown into a strapping teenager. Here's the trio soaking in the festivities. 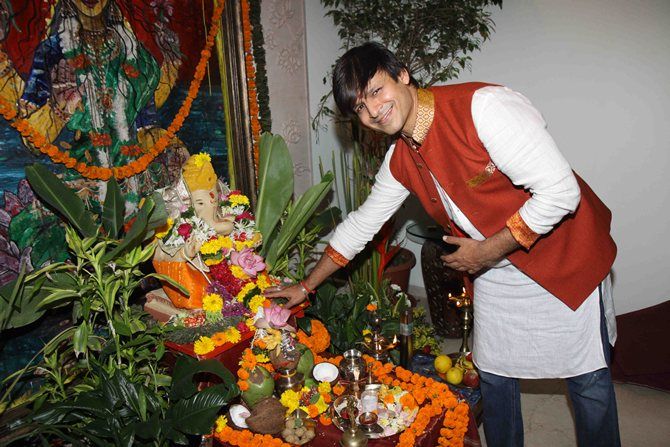 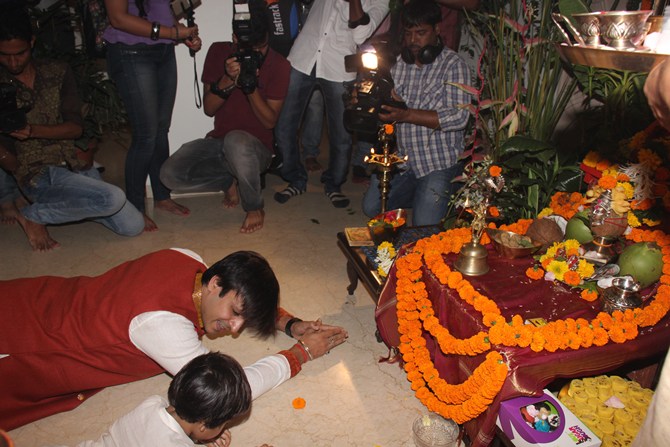 The actor also did a shashtang with his son Vivaan in front of Lord Ganesha. 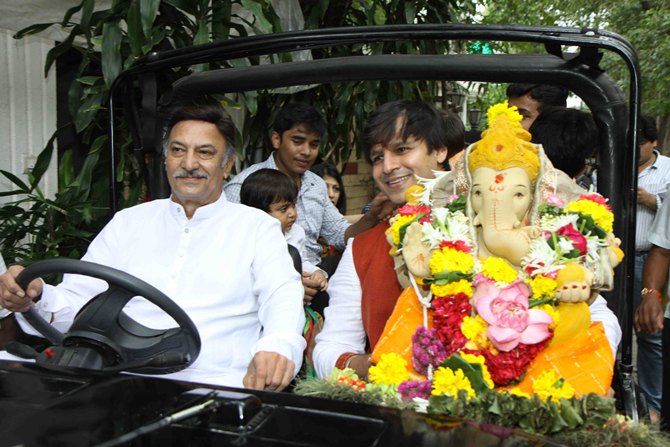 Vivek carries the Ganpati as father Suresh Oberoi drives the bunch to the visarjan.

Vivek's son Vivaan can be seen seated with a family member in the back seat. 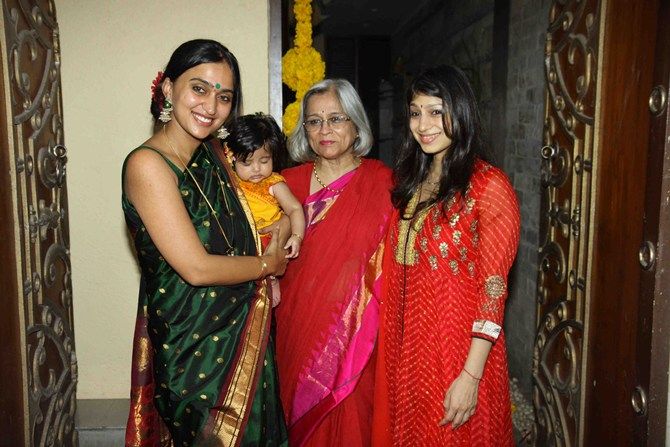