Actor-turned-politician Chiranjeevi's daughter Sreeja got married to Kalyan, at their farmhouse in Devanahalli, Bengaluru on March 28.

The reception will be held at the Park Hyatt in Hyderabad on March 31. 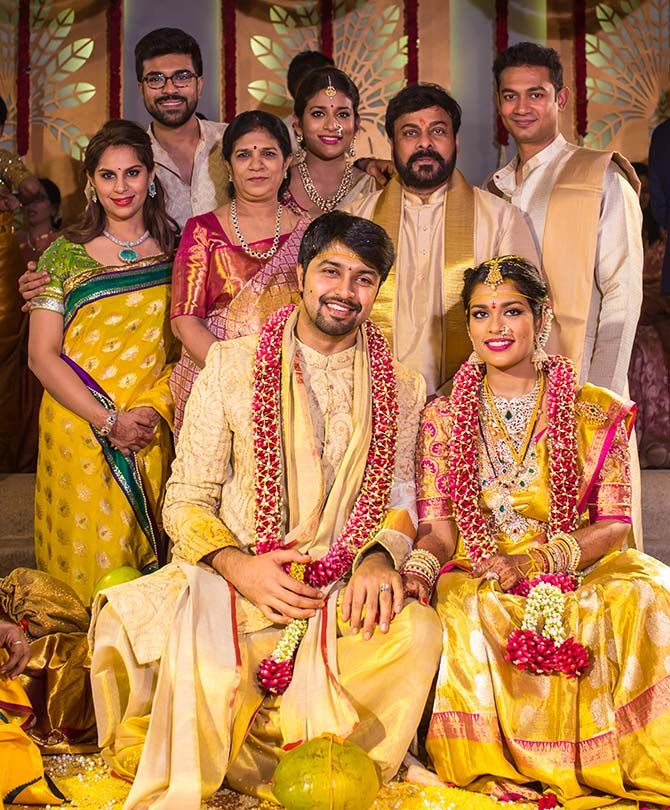 The bridal couple with Kalyan's family. The couple perform the wedding rituals. Kalyan applies kumkum on his bride. Upasana posted a picture of herself with the bride and Ram Charan on Instagram.

Sreeja was previously married to her college friend Sirish Bharadwaj and has a daughter with him. They separated in 2011. 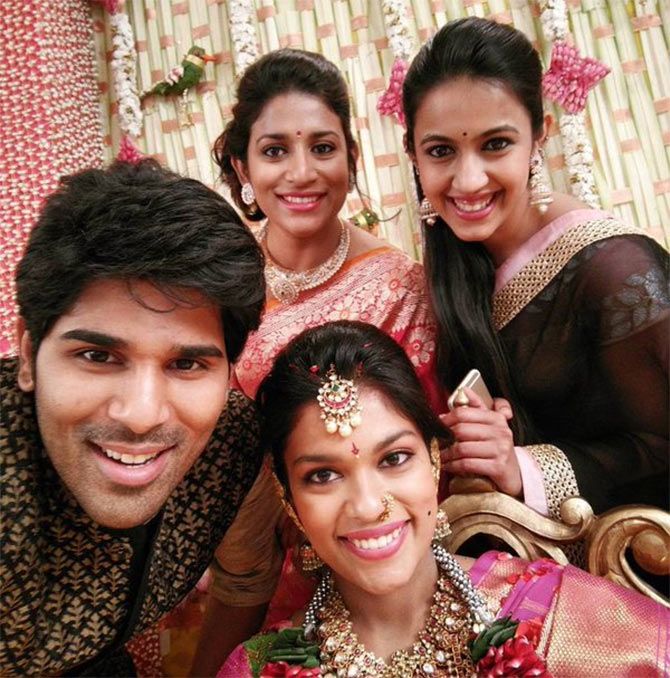 Cousin Allu Shirish tweeted a picture of the bride and wrote, 'And the wedding celebrations begin! Pelli kooturu function at my house.' The wedding took place on Ram Charan's birthday on March 27. 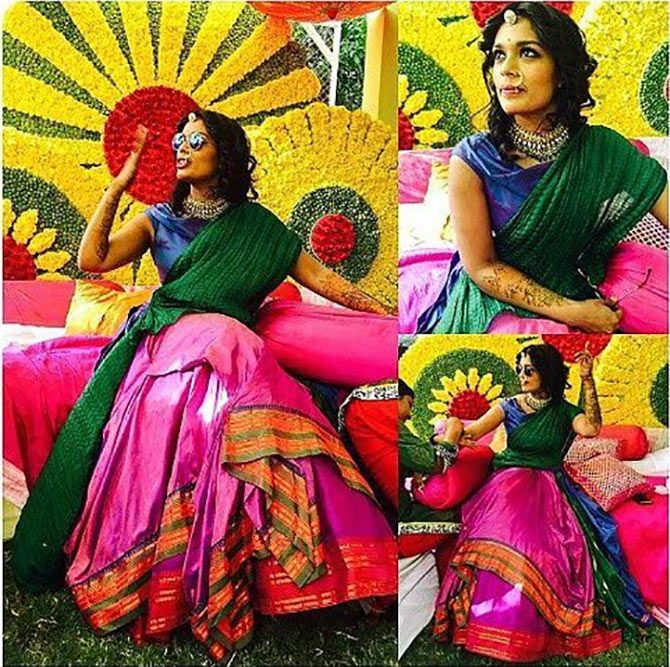 Allu Shirish tweeted some pictures from the mehendi ceremony as well. 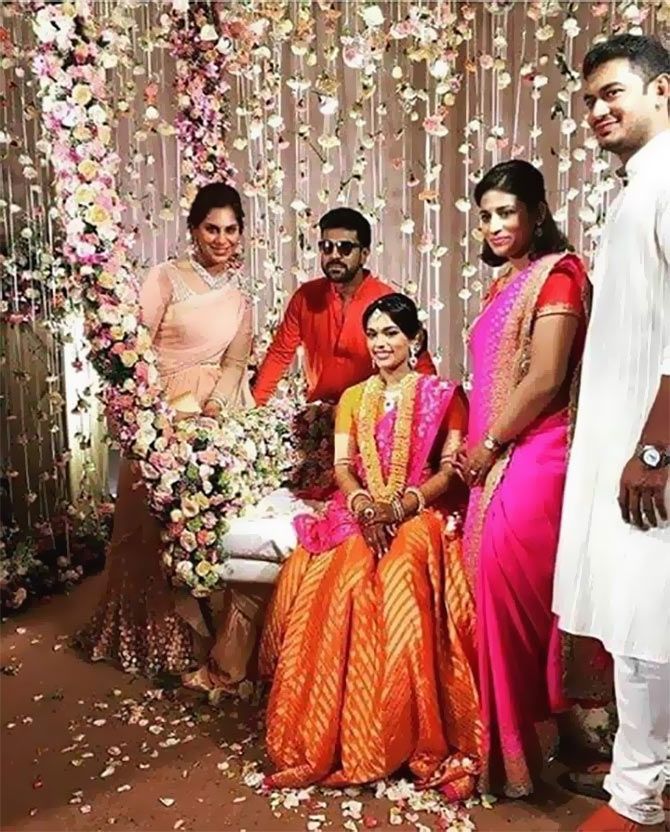 Upasana posted a picture of the sangeet ceremony. 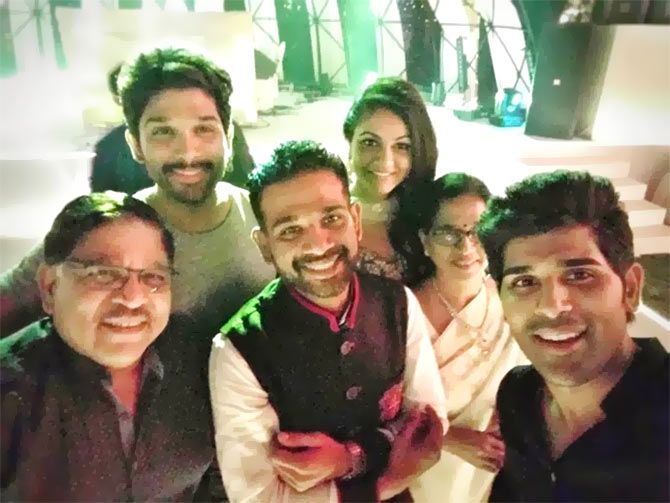 Allu Shirish tweeted a picture and captioned it: 'The Allus'