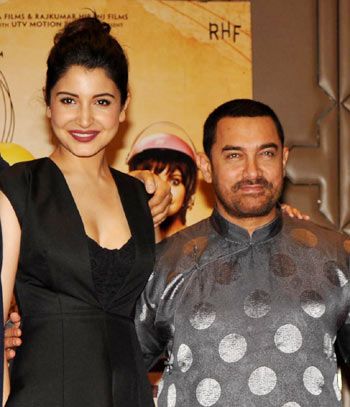 Yet another success party and most of the industry turns up!

After Aamir Khan and Anushka Sharma starrer PK raked in Rs 100 crore at the Chinese box office, the film's team and their friends turned up at the Four Seasons hotel in Worli, South Mumbai, to celebrate the newest milestone. 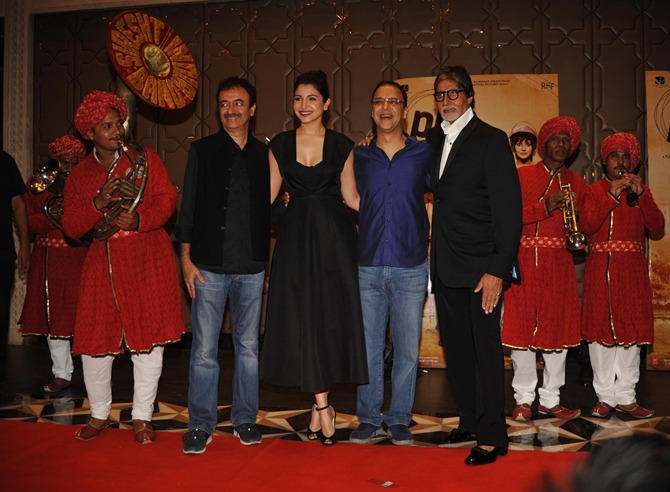 Director Rajkumar Hirani, Anushka Sharma, producer Vidhu Vinod Chopra and Amitabh Bachchan, who lent his voice to PK as a narrator, pose with a live band. 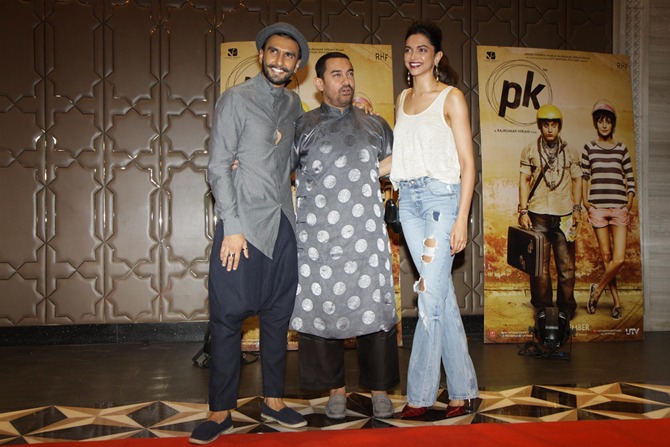 Aamir Khan is flanked by Ranveer Singh and Deepika Padukone.

Why is Aamir dressed in this peculiar style? Hit the message board below with your replies! 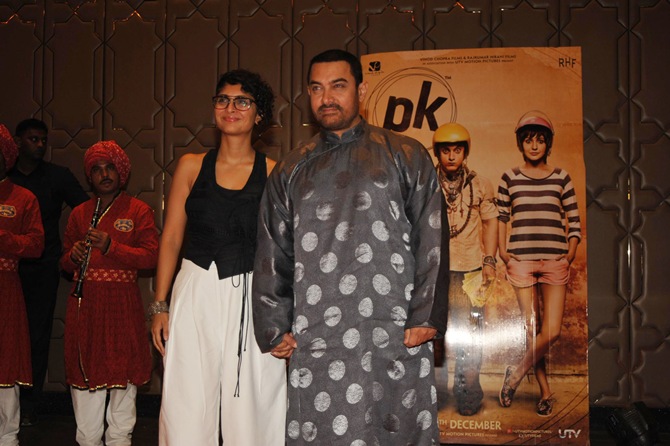 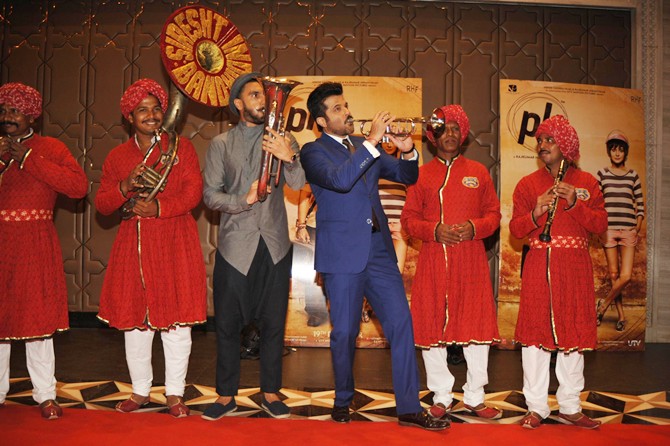 Dil Dhadakne Do's father-son jodi Ranveer and Anil Kapoor have some fun with the trumpets that featured in the movie. 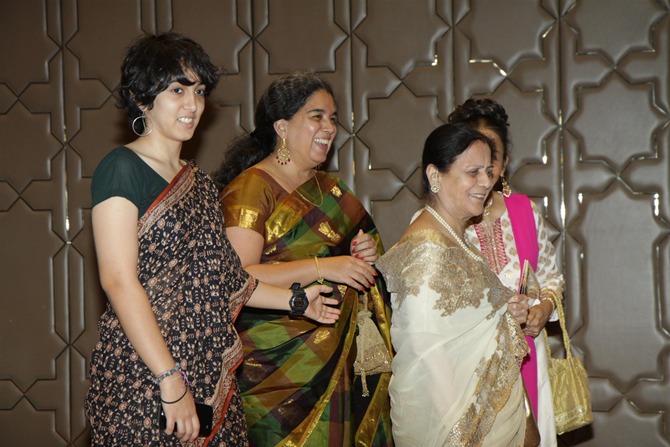 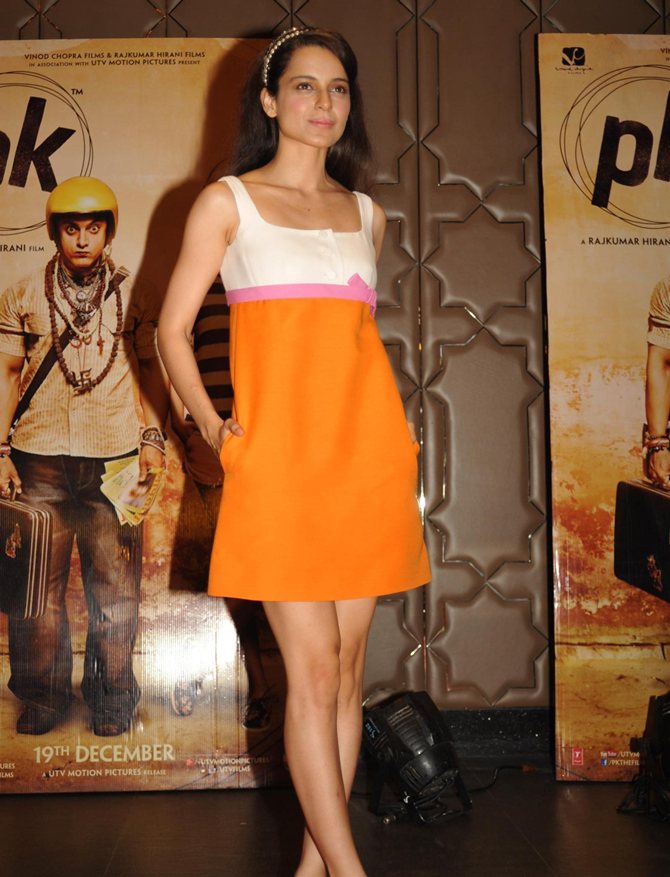 Fresh off the success party for her own film Tanu Weds Manu Returns, Kangana Ranaut looks pleased a punch. 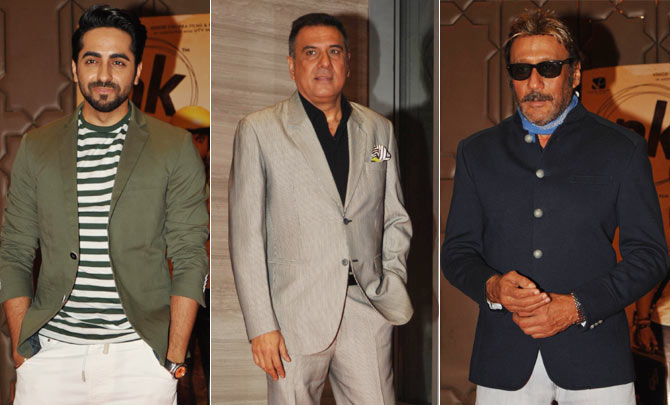 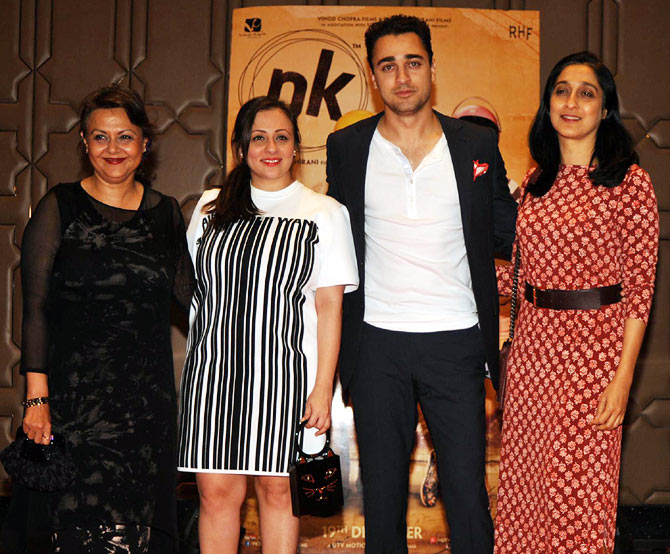 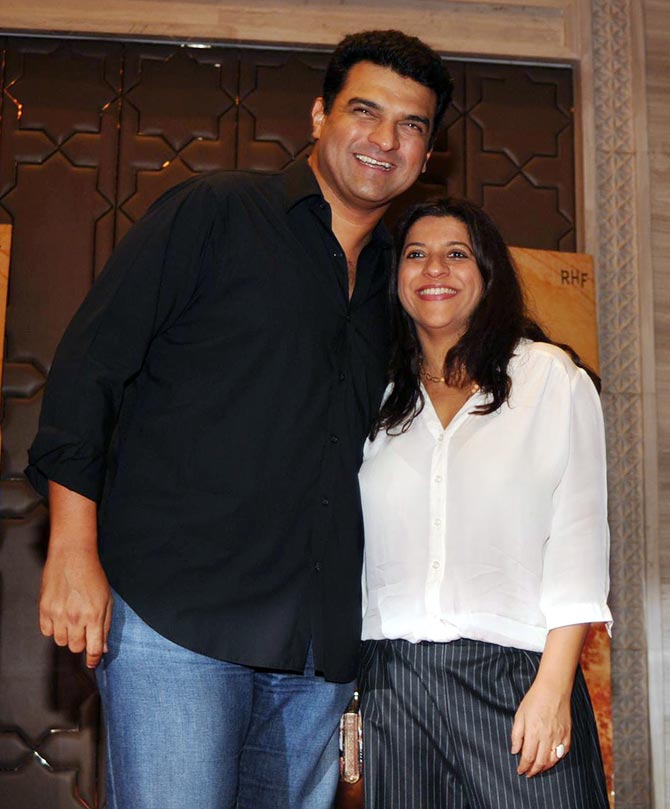 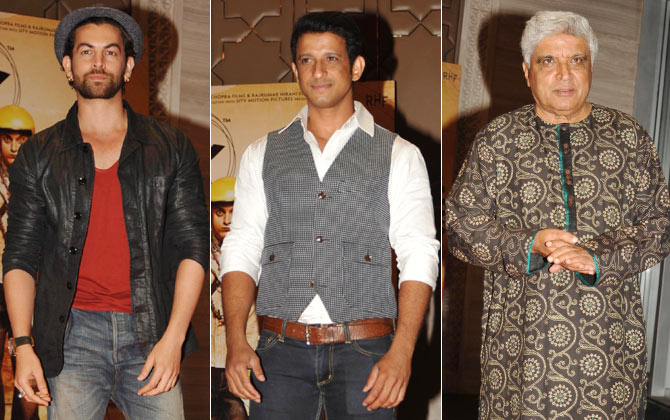 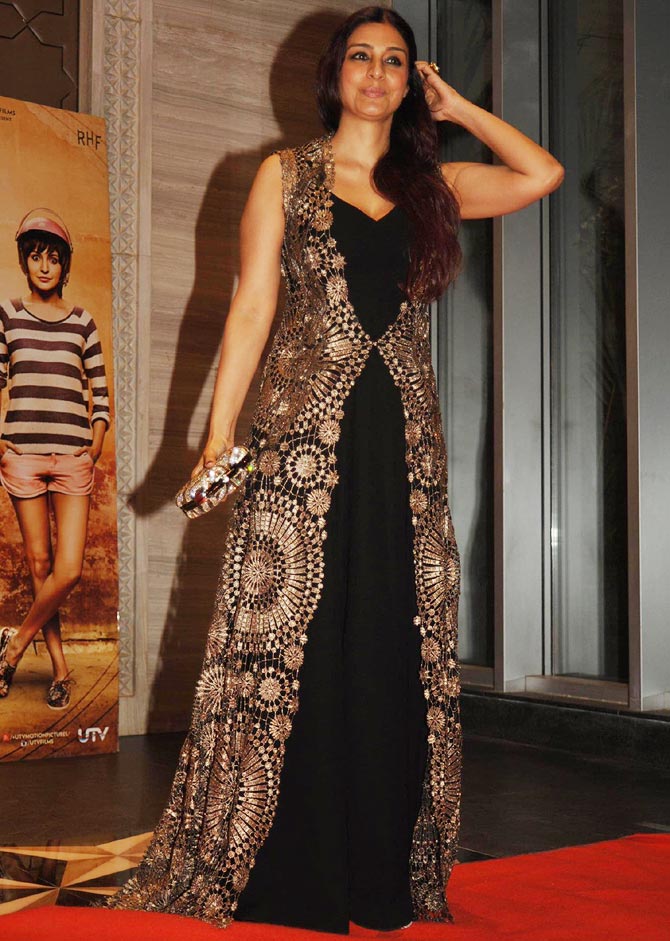 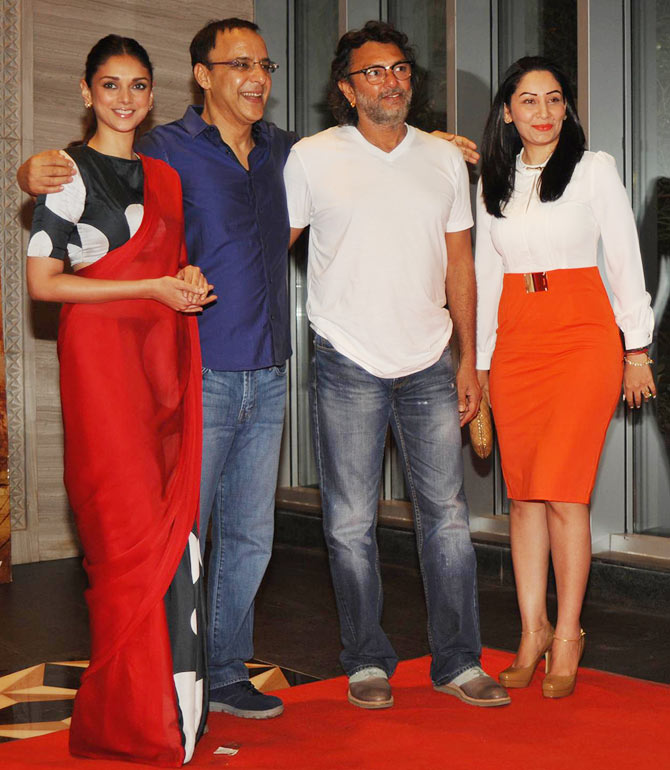 Maanyata's star husband Sanjay Dutt had put in a striking cameo in PK. 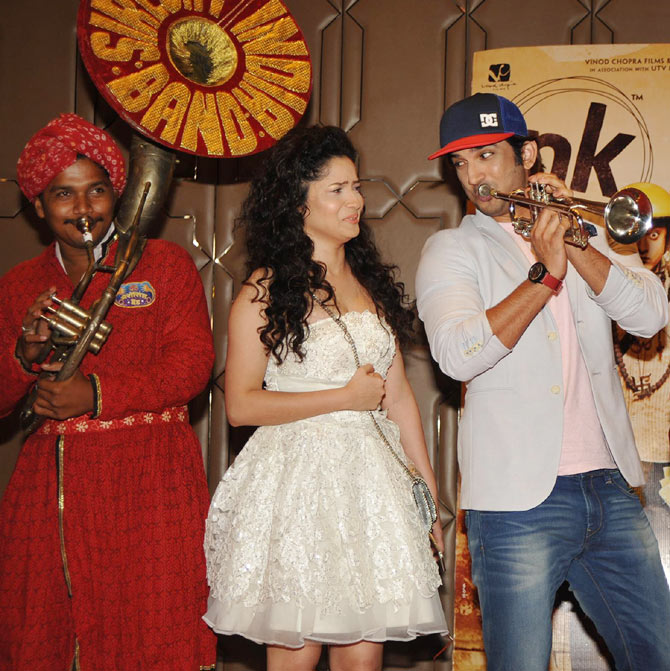 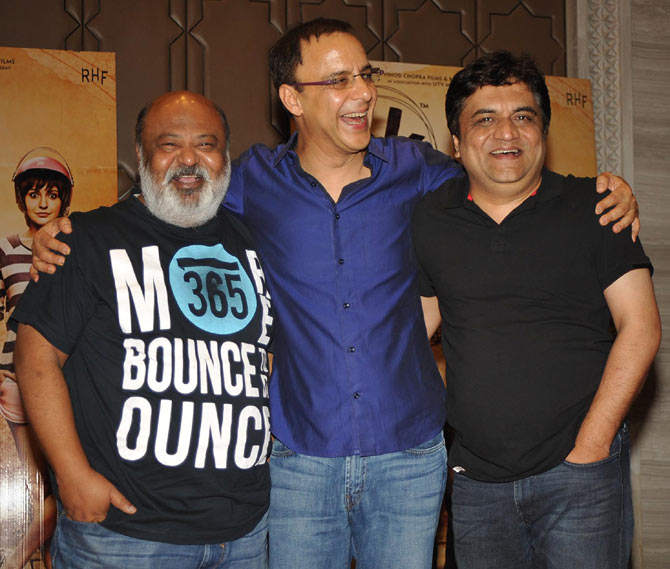 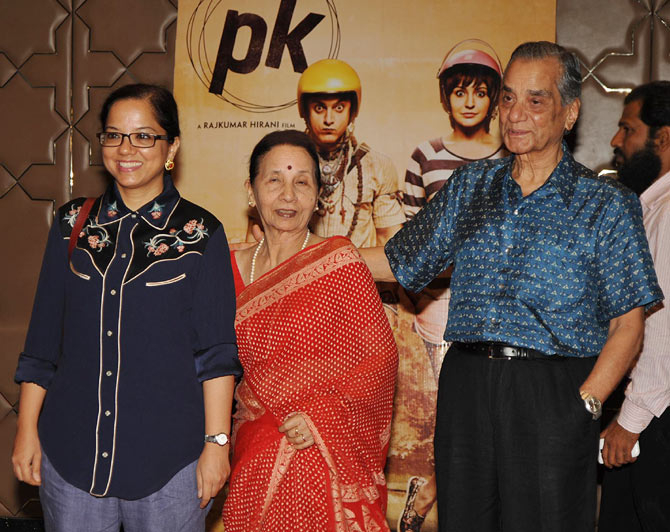 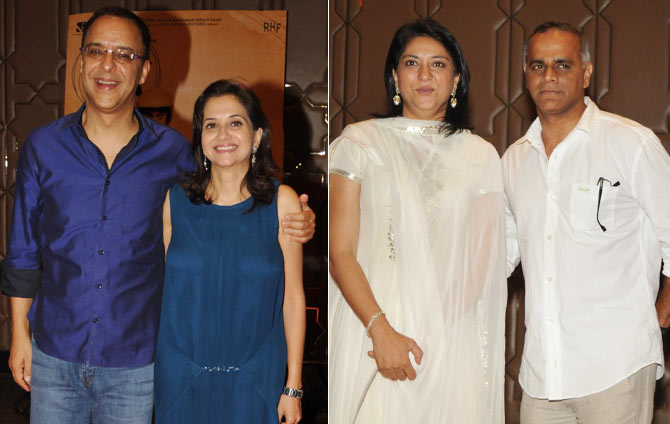 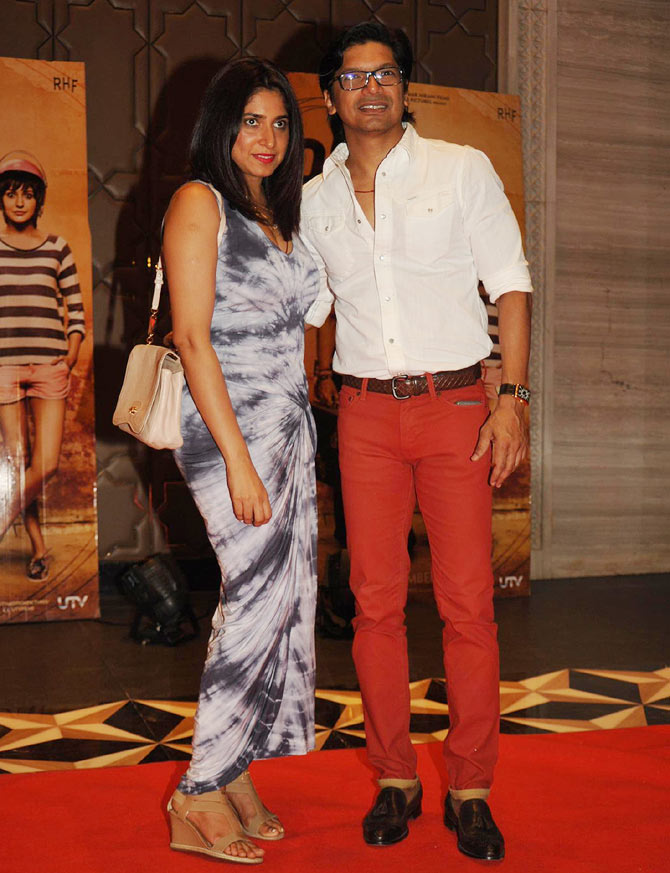 Shaan and his wife Radhika make their way to the bash. 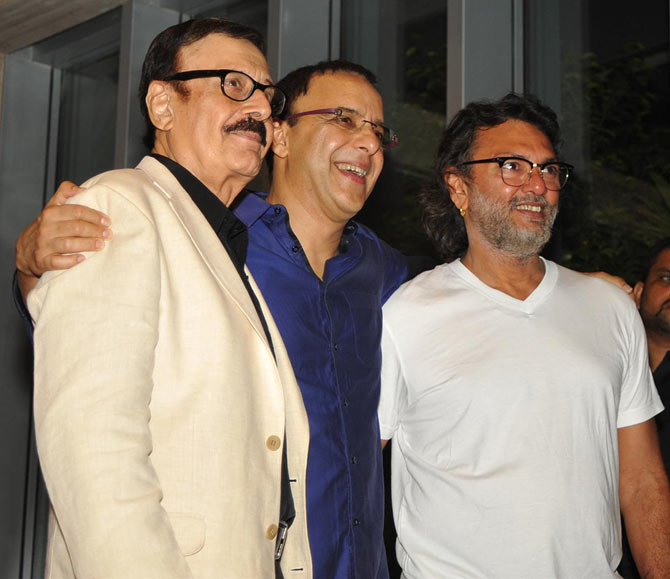 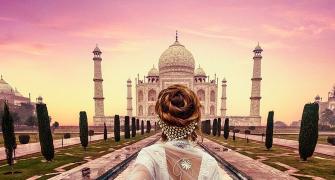 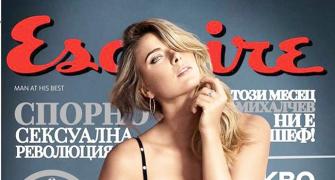 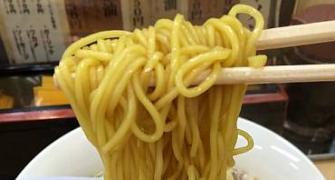 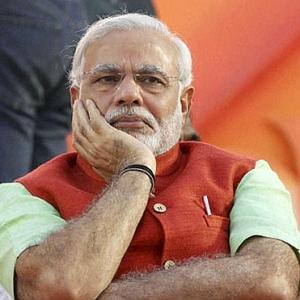 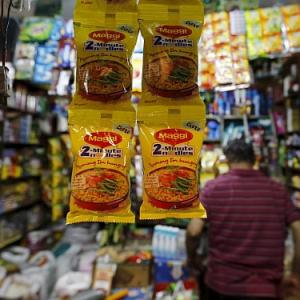