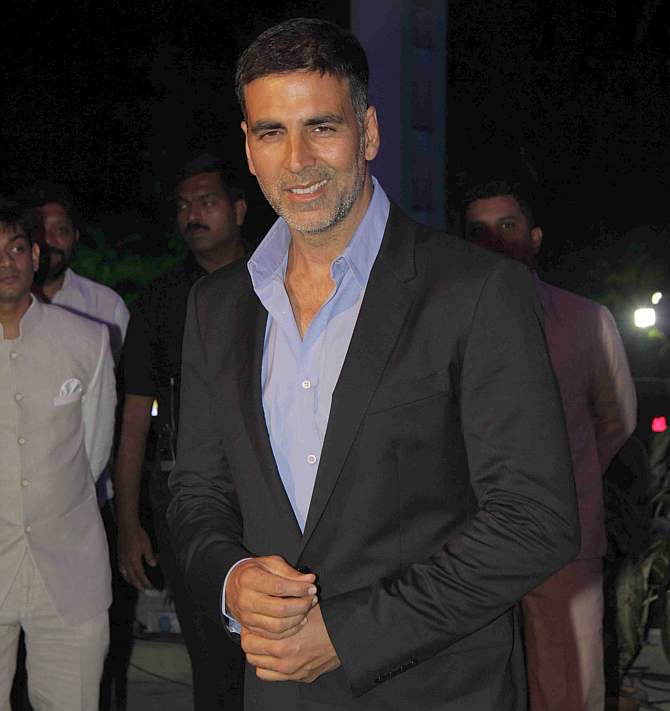 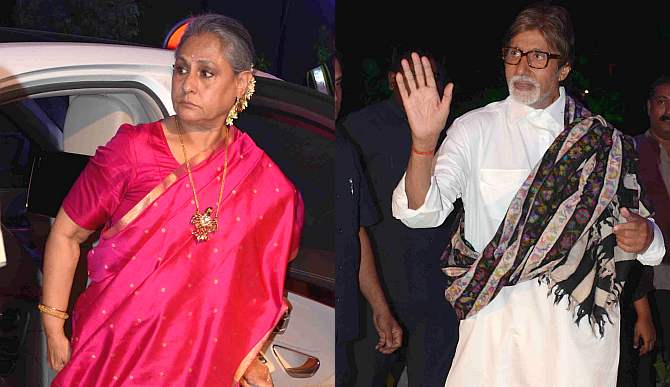 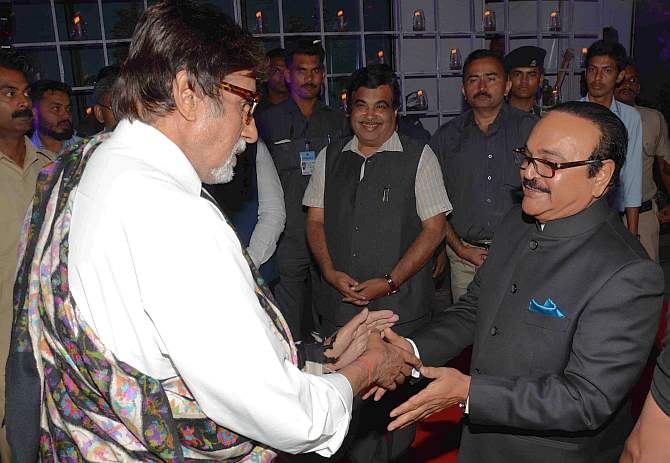 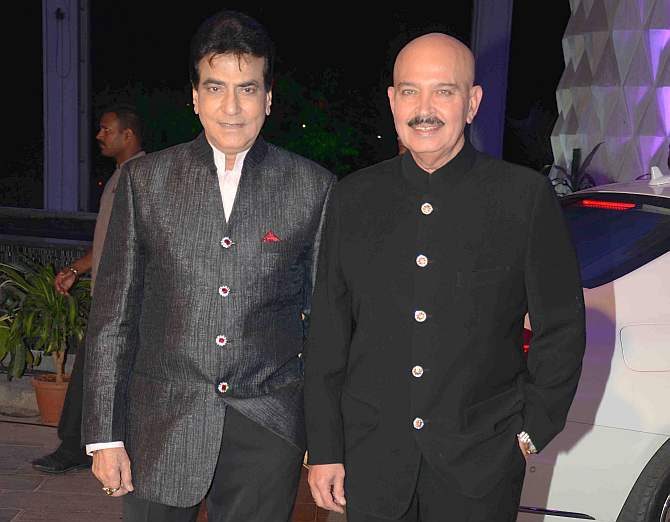 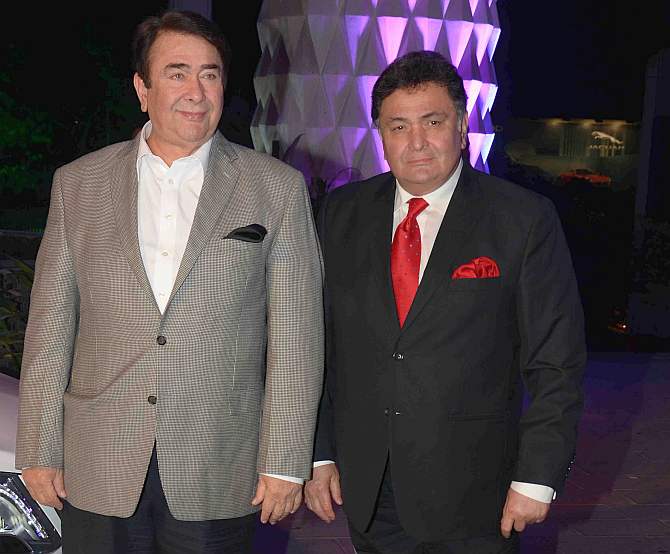 Randhir and Rishi Kapoor look dapper in their suits. 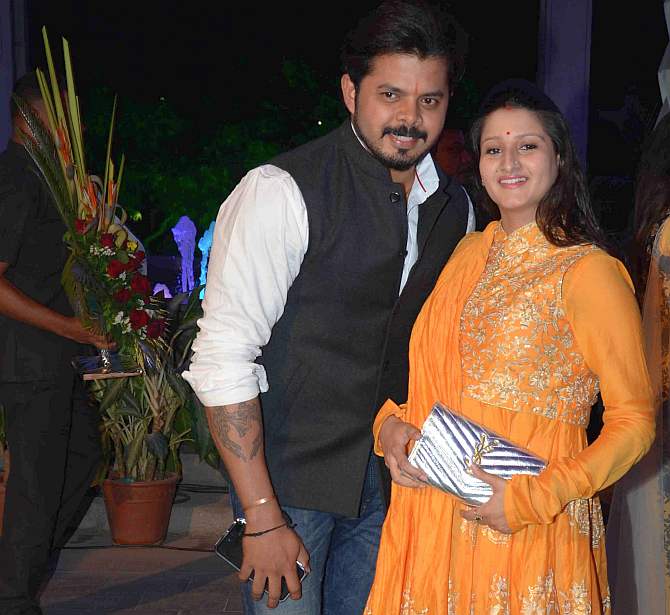 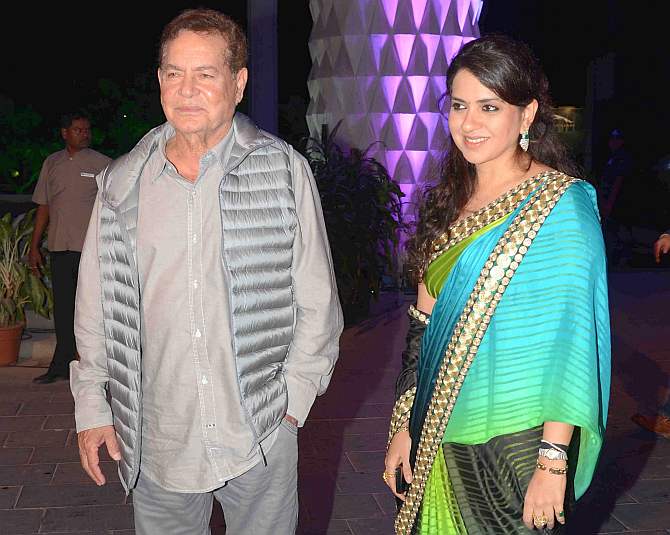 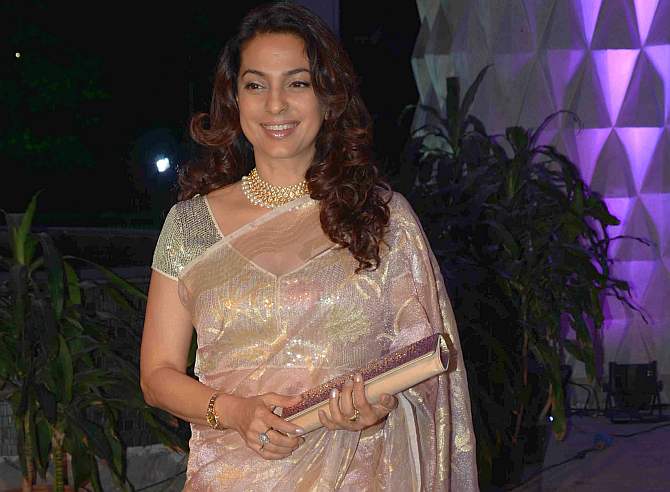 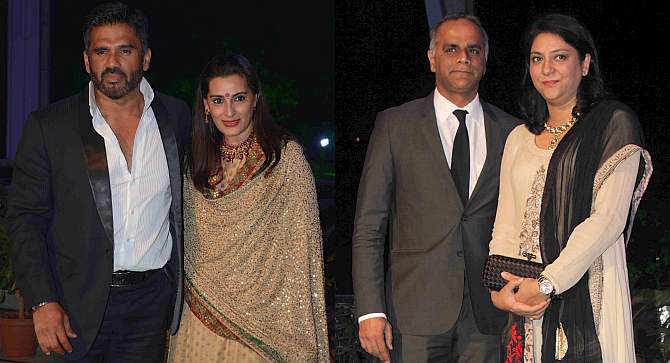 Suneil and Mana Shetty arrive to bless the newslyweds. 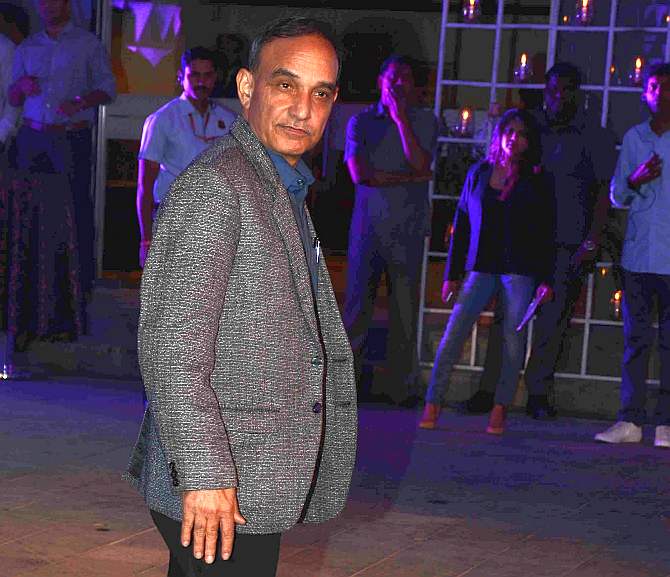 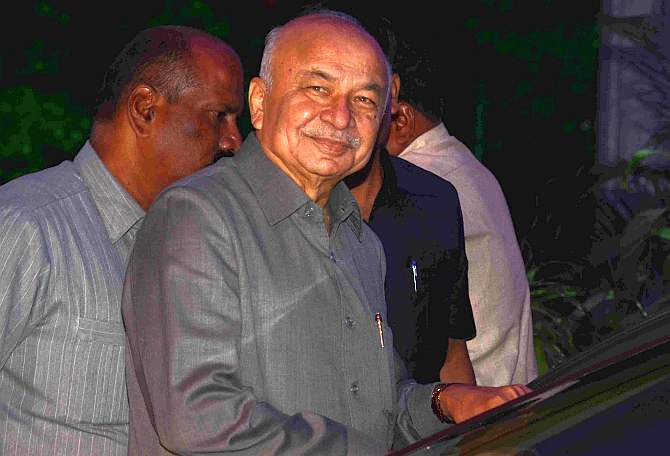 Politician Sushil Kumar Shinde, photographed at the lavish do. 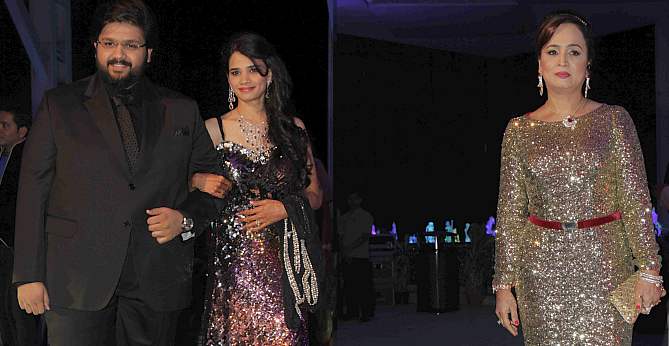 The newlyweds -- Rahul Thackeray and Aditi Redkar -- oblige the shgutterbugs with pictures. 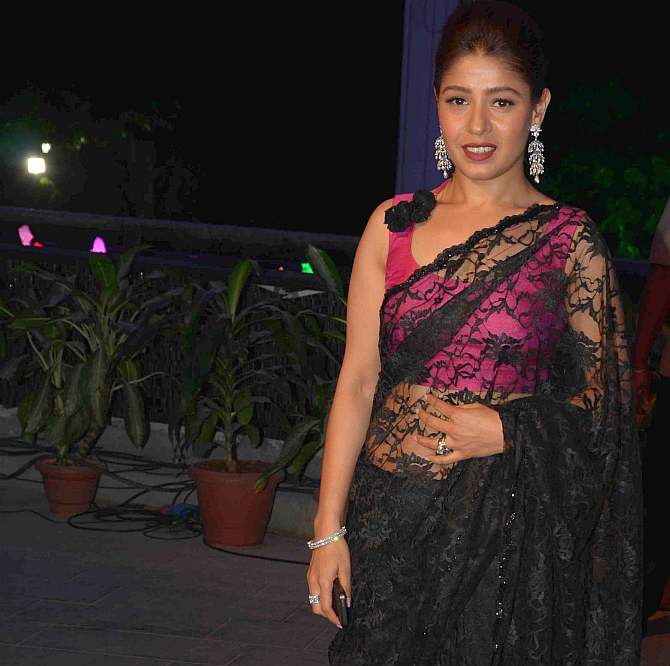 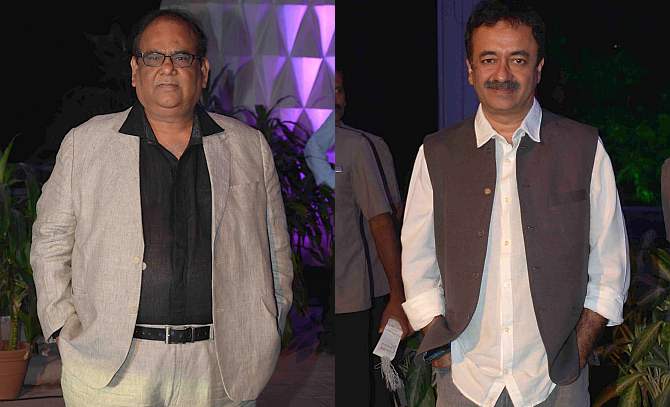 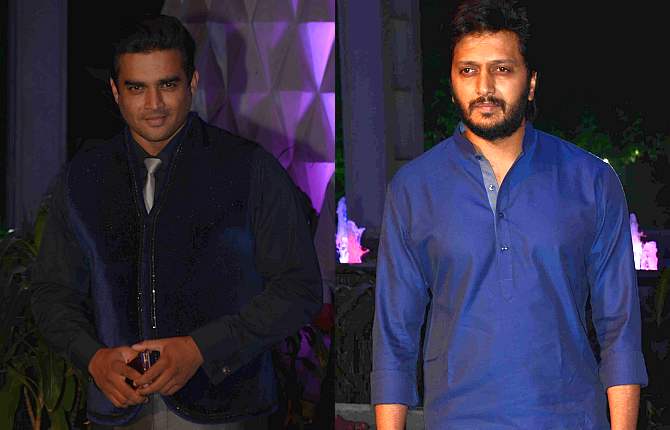 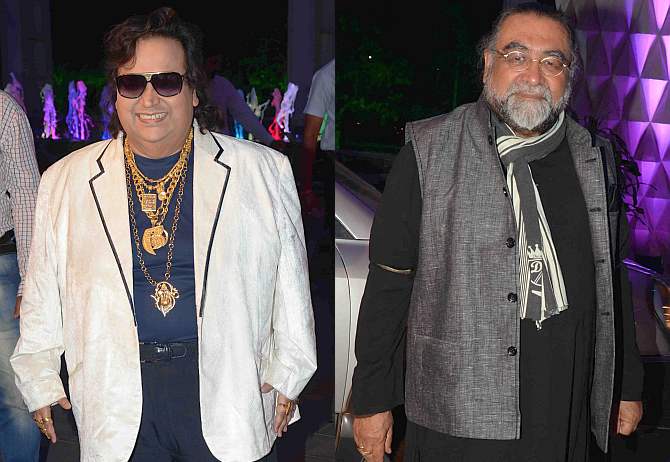 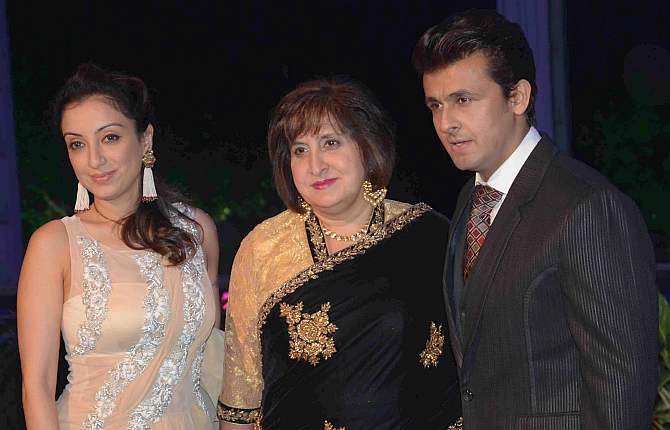 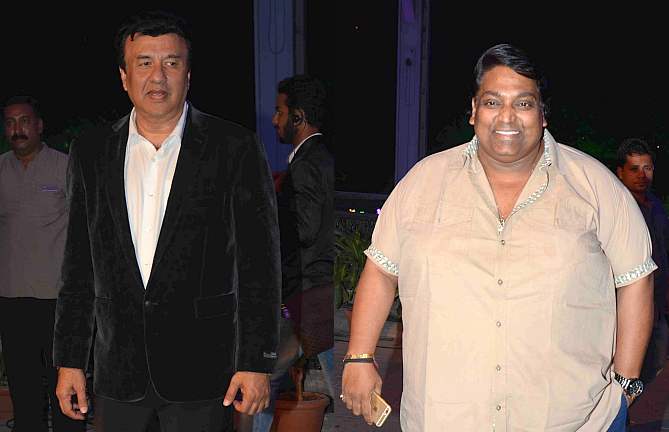 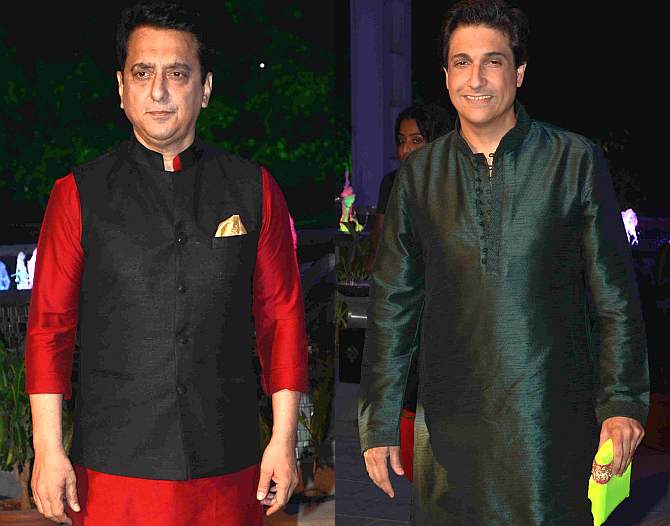 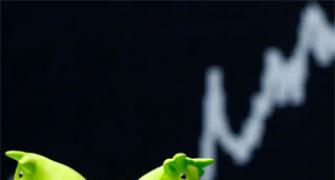 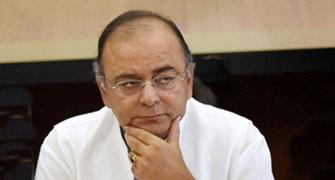 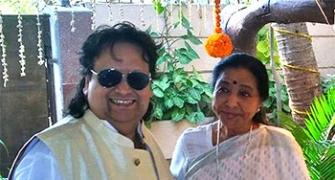 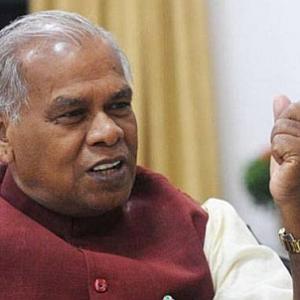 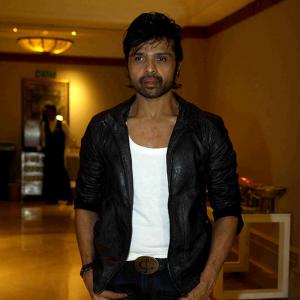