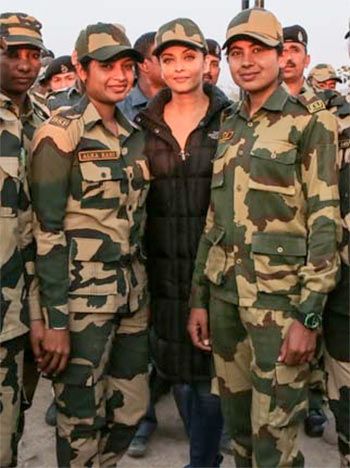 Aishwarya Rai Bachchan, who is shooting for Omung Kumar’s directorial venture Sarbjit, took some out from her busy schedule to meet the real heroes of the nation. 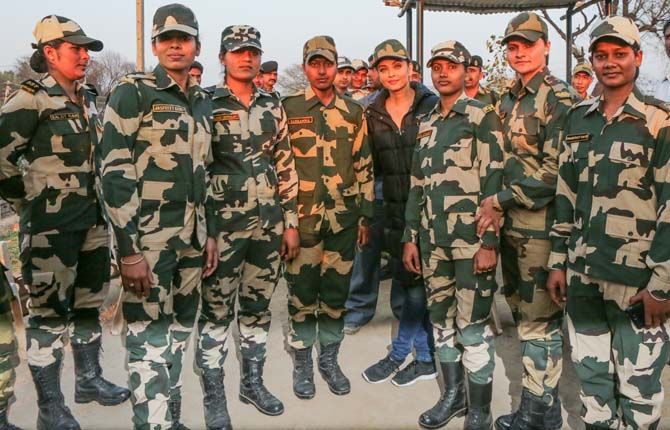 The cast and crew, who have been shooting in Amritsar since last few days, recently shot a major sequence at the border, which is guarded by BSF soldiers.

A source from the sets reveals that Aishwarya, who is playing the role of Dalbir Kaur, met a group of BSF soldiers who expressed their desire to spend some time with her post the shoot hours.

The former beauty queen wholeheartedly agreed and clicked a lot of pictures with them. 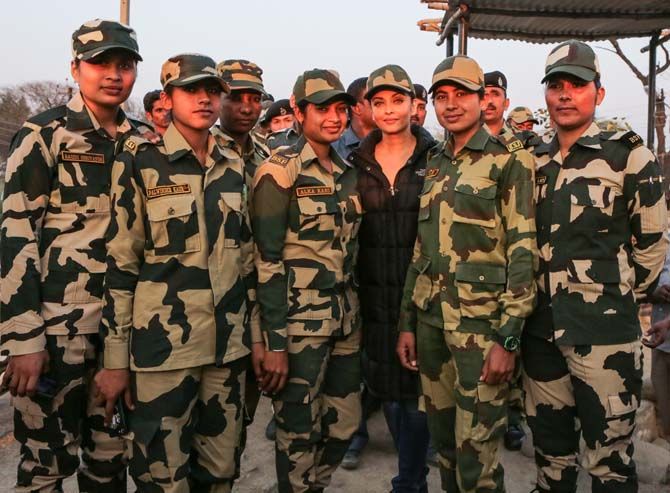 The soldiers gifted her a military cap. 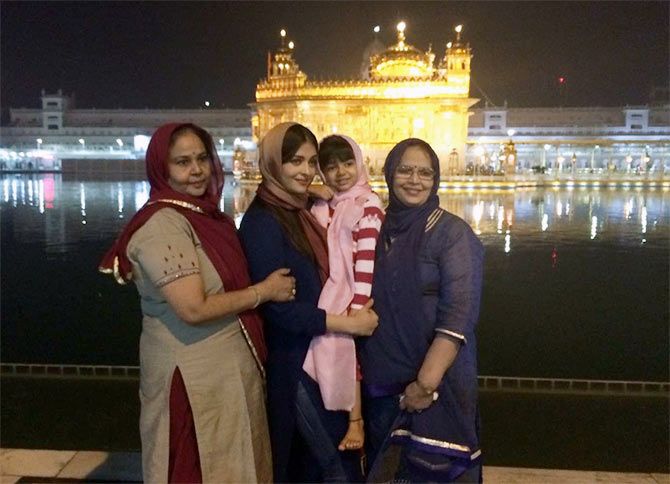 Aishwarya also visited the Golden Temple with her daughter Aaradhya, mother Vrinda and an aunt.