When it comes to weddings, the stars like to do it in style.

Which is just how Telugu actor Mahesh Babu celebrated the wedding of his cousin, Sai Raghava Ratna Babu.

Sai, who got engaged to Priyanka on June 7, got married on December 23 in Hyderabad.

It was a grand celebration that saw the Who's Who of the Telugu film industry in attendance. 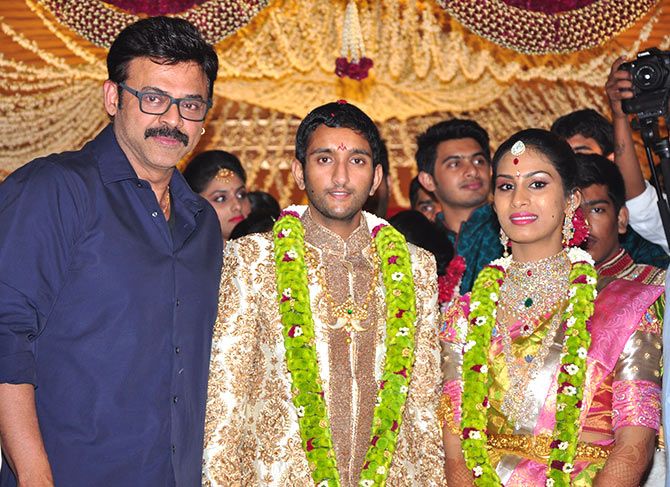 Actor Venkatesh drops in to wish the newly-weds. Chiranjeevi and his wife Surekha Konidala are there as well. Producer Allu Aravind (in the blue shirt) is all smiles. As are actor Allari Naresh and his wife Virupa. Actor Gopichand is accompanied by his wife Reshma. Actor Mohan Babu (second from left) is there too. Director Dasari Narayana Rao walks in with a beautiful bouquet. As does director S V Krishna Reddy (second from left). 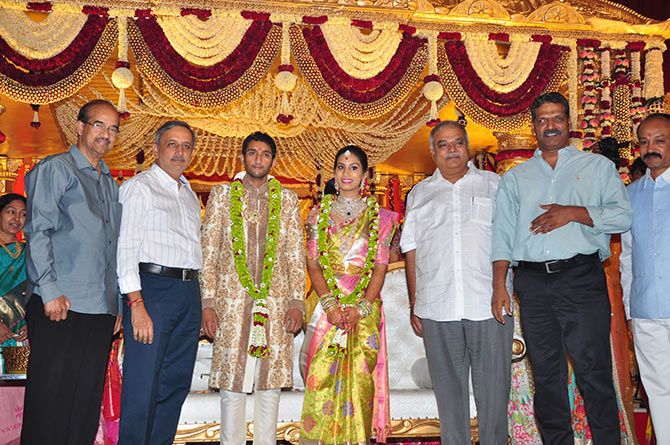 Producers Gemini Kiran, Shyam Prasad Reddy stand to the right of the bride. Actor-producer-politician Murali Mohan (in the Nehru jacket) join the celebration. 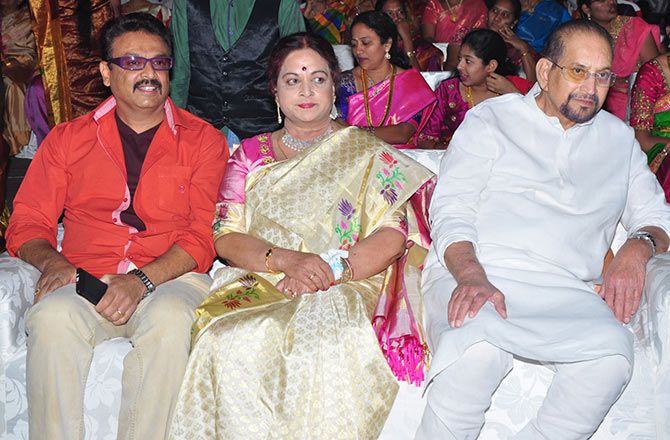 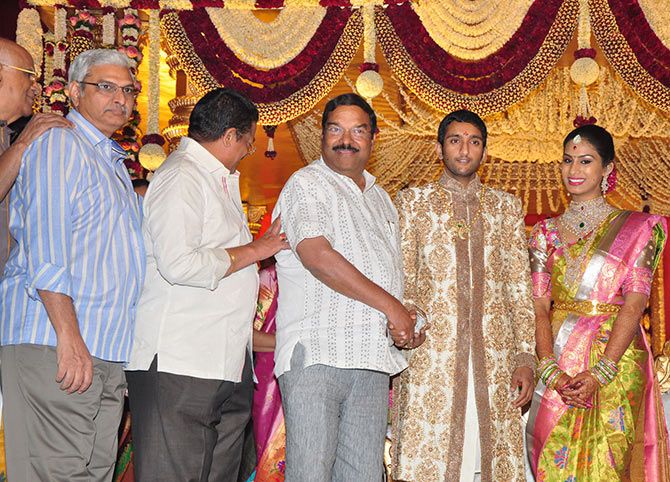 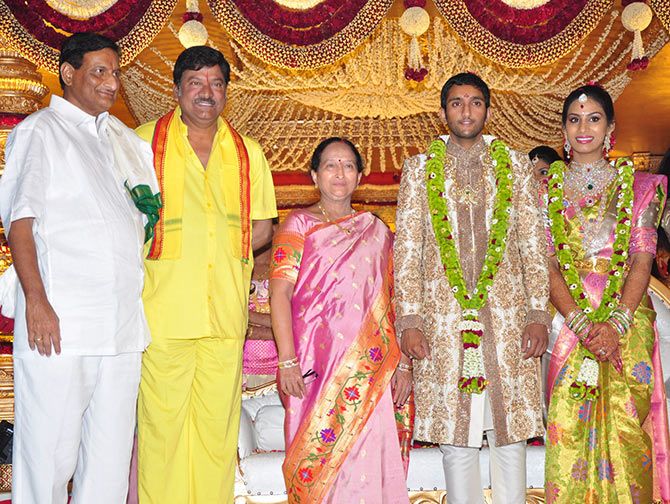 Director B Gopal walks in with his family.