'It's up to the audience to decide if I am the lead or not.'
'I want to stay away from these conversations because it demotivates the actors, when they get stuck in this game of lead, second lead or supporting cast.' 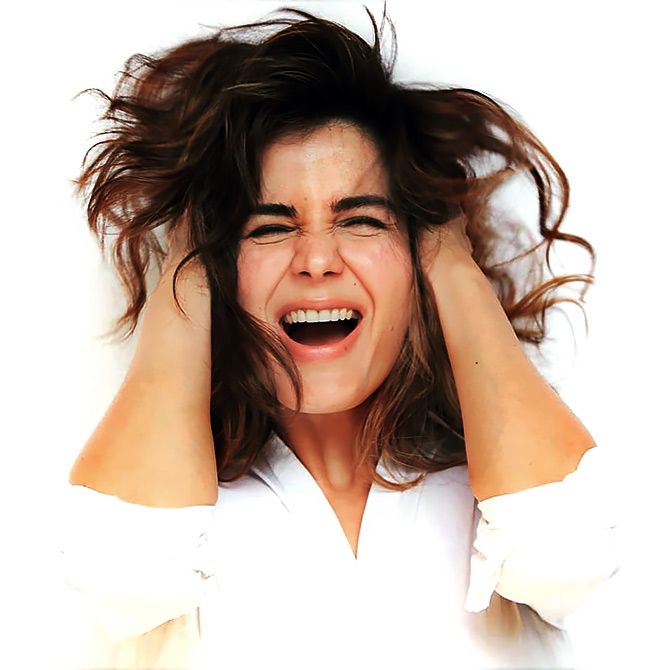 Kirti Kulhari has quite a few important films to her credit, but very few leading roles.

Her latest blockbuster Mission Mangal sees her share the screen with a host of actors, led by Akshay Kumar.

When Rediff.com Contributor Mohnish Singh asks her about it, she replies, "In people's mind, this concept of lead or second lead comes because they see the hierarchy or the stardom of an actor. For me, I am the lead in Mission Mangal."

In a previous interview, you had said that you did not believe in first or second leads, you believe in roles. Now, with five actors in Mission Mangal, what are your views?

That's exactly what I trying to prove.

And I believe it more strongly now.

I am glad that more and more people are believing in this idea now. 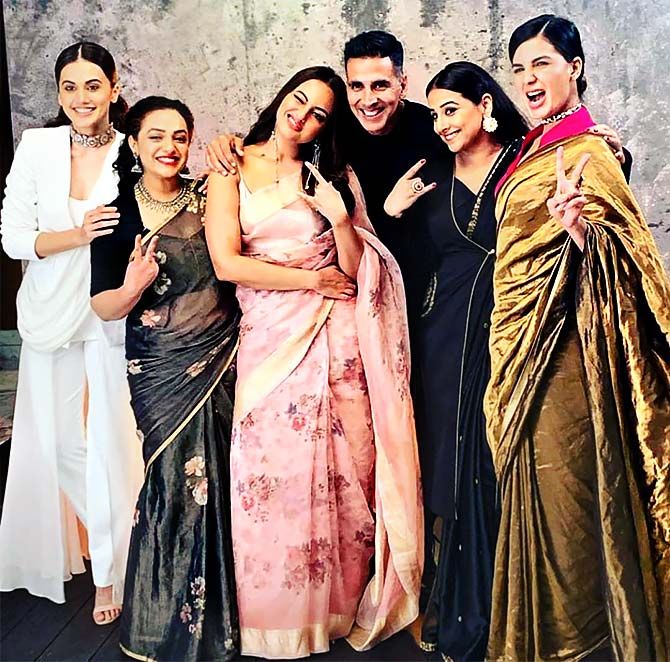 You have many films to your credit but only a few of them feature you as the female lead.

Firstly, I want to understand what you mean by 'lead'.

When I did Uri: The Surgical Strike, in my head, I was the lead. I was playing Flight Lieutenant Seerat Kaur.

In people's mind, this concept of lead or second lead comes because they see the hierarchy or the stardom of an actor.

For me, I am the lead in Mission Mangal. I am sharing that lead space with three other girls but I am still the lead.

I am doing Bard of Blood and I am the lead there as well.

Truthfully, I feel hesitant to call myself a lead.

What do you prefer to be called?

I rather call myself a character.

There will be times where you will see me in a character, which I will be playing longer (role) or sometimes, you will see my character in a special appearance.

But ultimately, I am playing a role and I believe in giving other people the same treatment.

I would never call myself the lead, like people don't know what I am doing in The Girl on the Train.

You don't know what I am playing and I can't even talk about it now.

It's up to the audience to decide if I am the lead or not.

I want to stay away from these conversations because it demotivates the actors, when they get stuck in this game of lead, second lead or supporting cast. 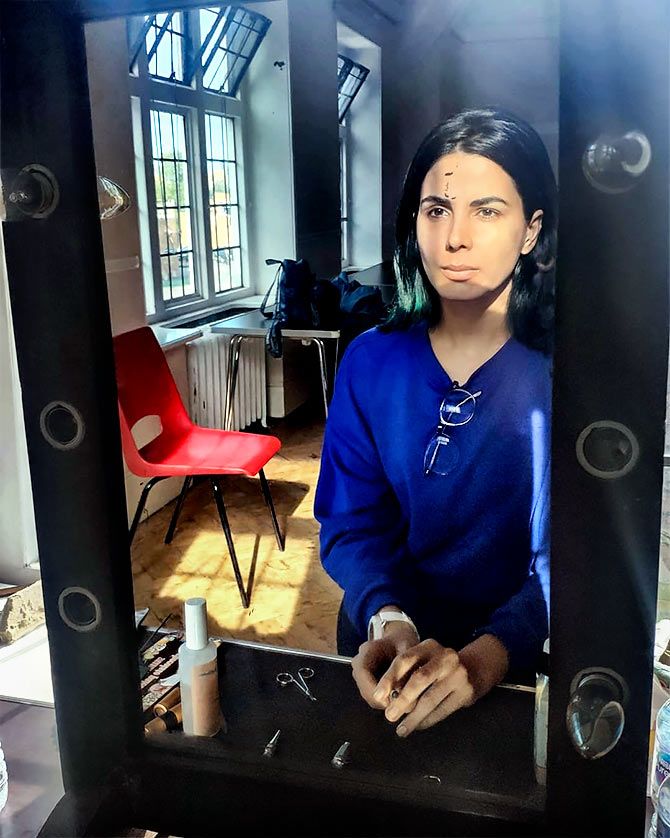 IMAGE: Kirti gets ready for The Girl On The Train. Photograph: Kind courtesy Kirti Kulhari/Instagram

What do you keep in mind while choosing your projects?

A couple of things.

For starters, I would not approach a project if I have played a role like that before. So if somebody gives me a role of a pilot, my first reaction will come from a negative space because I have already done that. I have already explored it, and would rather not repeat it.

After that, the subject.

When I watch a film and someone stands out, the film has failed for me.

Take Uri. In that film I have, let’s say, five scenes. So why did I say yes to Uri? Because the subject is so big that me being a part of it is a big deal.

I have greatly enjoyed the role of Flight Lieutenant Seerat Kaur.

Even if I had five scenes, I have worked hard.

Third, is the director, the person who is envisioning all this.

What made you choose Mission Mangal?

Mission Mangal is such a big subject, such a prominent achievement that it is something I believe should reach the people.

Like Uri, it was a great feat that not everybody knew about. But because of the film, everyone knows the basic premise of what happened.

In the same way, Mission Mangal is such an achievement, such a victory for our country, that I believe it should reach the masses.

And there is no better way to do that than the film medium. 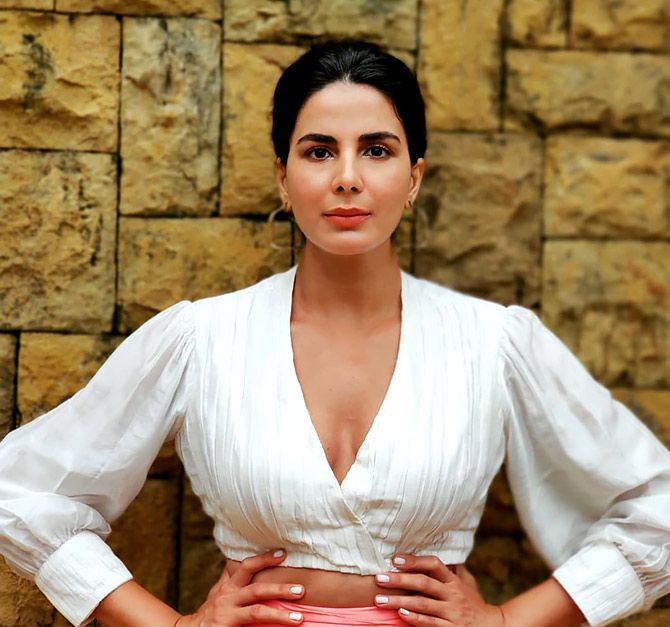 What kind of research did you do for your role?

I'm doing all the studies that I avoided in school while preparing for my roles!

But that's a great way to do it.

I developed a background for my character, discussed it with the director and then read up on the actual mission.

My department in the film is called Satellite Autonomy. I tried to understand what that meant.

I saw the Apollo 13 documentary and the film that inspired it.

How was it working with your co-stars, Akshay Kumar, Vidya Balan, Taapsee Paannu, Sonakshi Sinha and Nithya Menen?

I play a scientist, which I have never done before.

Other than that, I knew that I would have these seven-eight people with whom I would be working. In some way, that made my job easier.

You work hard so that people connect to your character and the story. Here, you have so many more people doing the same job as you, and they help you in that job.

I had a lot of fun doing this film.

We have all come together because we have believed in this subject. 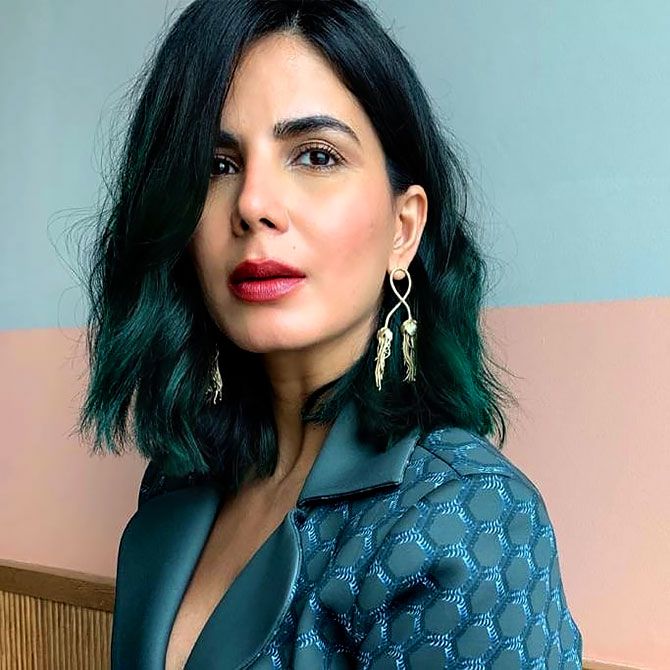 You have mostly taken up movies with a strong subject. Have you ever thought of pursuing light-hearted films like your 2010 debut film, Khichdi: The Movie?

But I guess people think that those who are empowered or look strong don’t have a romantic side.

I am open to everything.

Even if I am doing a glamorous role, what exactly I'm doing matters.

But if I am doing a commercial film where I am doing 'nothing', if that helps me to reach the masses, where the next time I have a film that matters to me, then the masses who have seen me will feel that, 'Hey, she was in that commercial film, let’s see her here now.'

If it's benefiting me that way, I will probably just stand there, looking pretty! 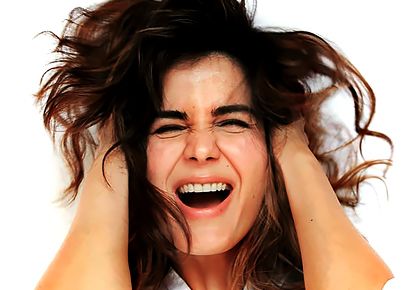