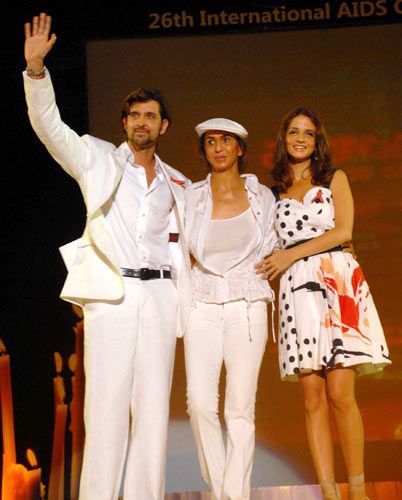 From hosting parties for Bollywood and international stars to hobnobbing with the famous and lending support to social causes, businessman Adi Godrej's late wife made a name for herself at a time when women empowerment was an alien concept.

One of Mumbai's best-loved socialites, here's looking back at her life with the stars.

IMAGE: Hrithik Roshan and his then wife Sussanne Khan at the 26th International AIDS candelight memorial with Parmeshwar Godrej.

After briefly working with Air India as an airhostess, Parmeshwar Godrej designed costumes for actresses Hema Malini and Zeenat Aman in the 1970s.

She had a background in art after all, having been a student at the J J College of Art, a classmate of our colleague and friend Coomi Selod. 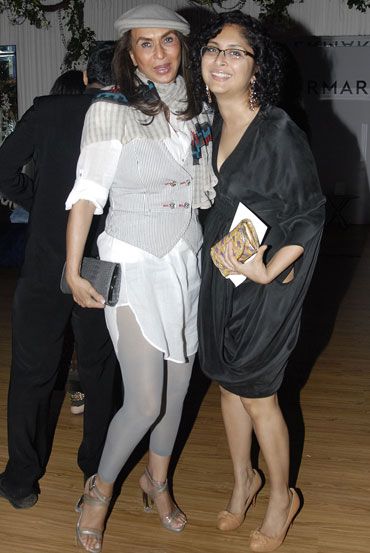 In 2000, she joined hands with filmmaker Shekhar Kapur and launched her production house, Starlight. 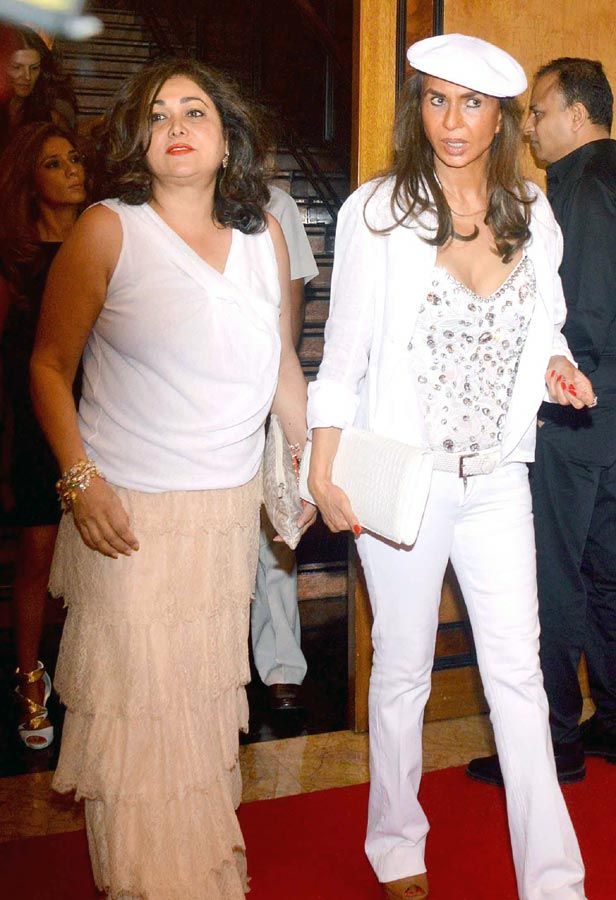 In 2004, she teamed up with Hollywood star Richard Gere and spread awareness about AIDS through her Heroes Project. She launched Inner Spaces, an interior design firm, in 1982 along with her friend, Sunita Pitamber. 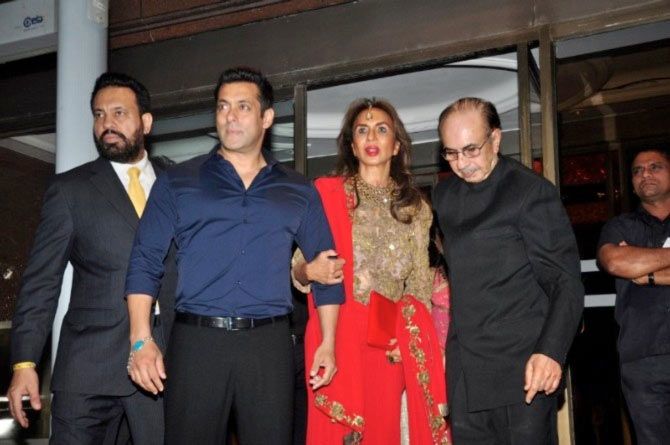 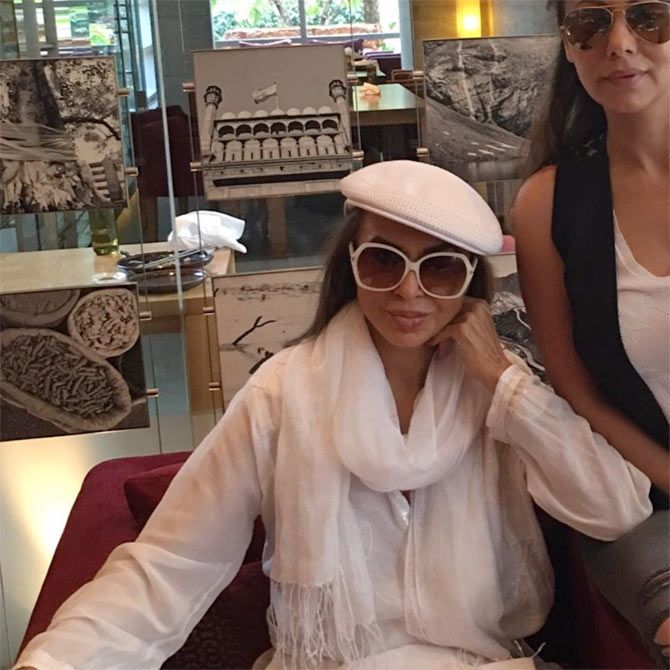 She was good friends with Goldie Hawn and Richard Gere, and hosted a huge party for Oprah Winfrey when she visited India. 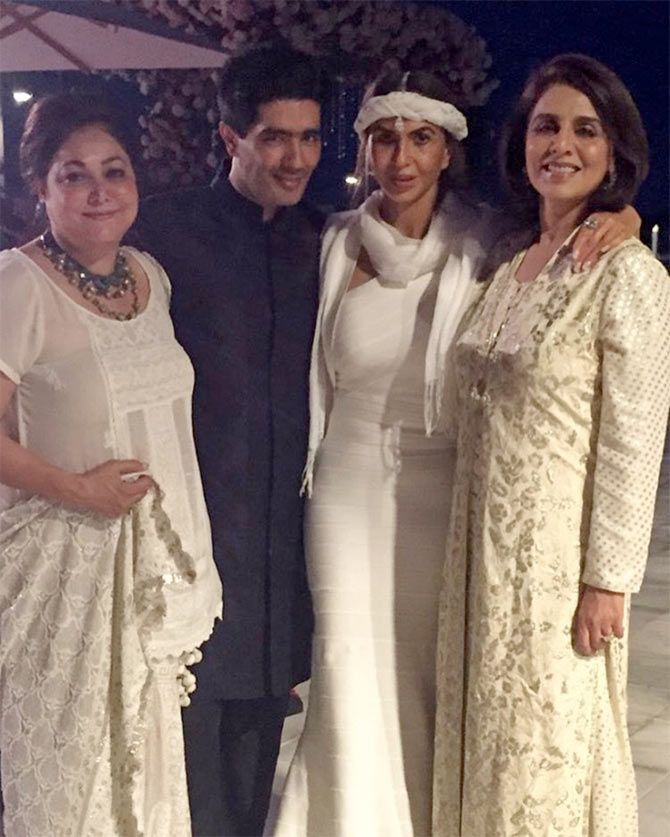 Several celebrities took to Twitter to pay tribute to her.

'Devastated by death of close friend, Parmeshwar Godrej, last night: she was always there for me in my most difficult times,' Imran Khan tweeted.

'Mumbai lost a philanthropist, visionary & a great lady..Rest in peace #ParmeshwarGodrej,' Anil Kapoor wrote. 'Your city & people will miss you.' 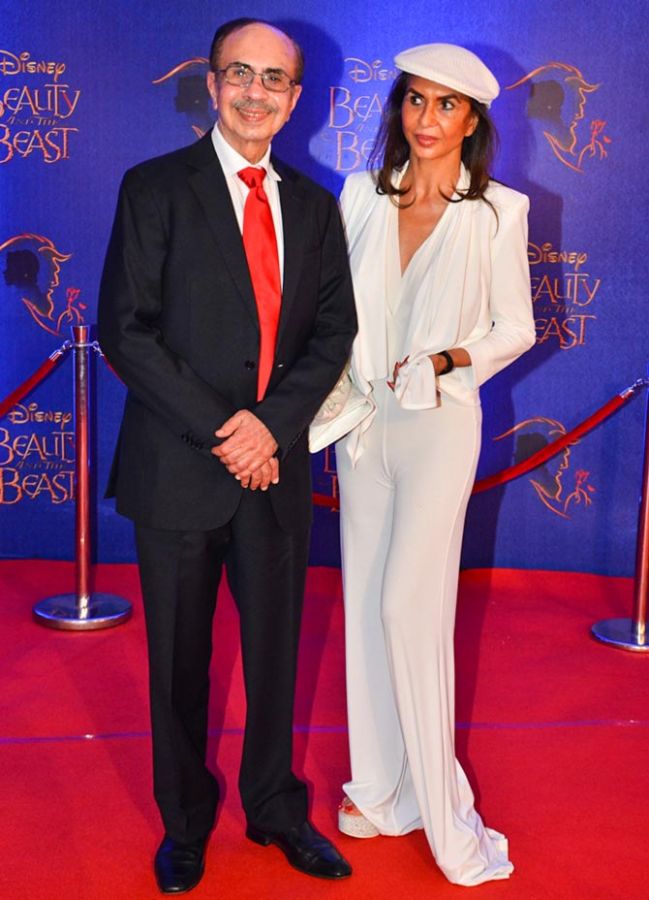 IMAGE: Parmeshwar and Adi Godrej arrive for a screening of Beauty And The Beast. Photograph: Pradeep Bandekar