News
Business
Movies
Sports
Cricket
Get Ahead
Money Tips
Shopping
Sign in  |  Create a Rediffmail account
Rediff.com  » Movies » 'Pagalpanti is a film that cannot be critiqued'

'Pagalpanti has no double meaning, no exposure, no bloodshed...'
'Even the villain is very cute!' If you want to have a nice time, John Abraham has the perfect advice for you.

"We have made this film just to spread happiness," he says.

"We wanted to make a film that would reach out to an audience from the age of 6 to 96," John tells Rediff.com Contributor Mohnish Singh.

"He makes sure that every character, irrespective of the comic timing, stands out," Ileana adds.

What is it that brings you back to a comedy film?

John Abraham: If you see the kind of films I have done in the recent past -- Madras Cafe, Parmanu: The Story Of Pokhran, Satyameva Jayate and Batla House -- they have been very serious.

As an actor, even I needed a break.

That's why I wanted to do a film that would make me happy and, at the same time, make the audience happy too.

Pagalpanti is a film that cannot be critiqued. Even our tagline says 'dimag mat lagana'.

We have made this film just to spread happiness.

Pagalpanti has no double meaning, no exposure, no bloodshed...

Even the villain is very cute!

So we wanted to make a film that would reach out to an audience from the age of 6 to 96.

You can take your entire family to watch Pagalpanti and have a nice time. You had said in your previous interviews that you really wanted to do a comedy.

It just makes me happy, and I hope the audience enjoys it too.

I am a big Anees Bazmee fan.

I love his kind of films.

Pagalpanti is a typical Anees Bazmee film, and you will laugh.

I am not sitting in a Batla House interview where I tell you that this is the film’s message and that I researched a lot.

This is a fun, easy film.

How difficult is it to do a comedy film?

John Abraham: When I started shooting for Pagalpanti, I had just gotten out of Batla House.

So I found the first two days very difficult.

But as a genre, I enjoy comedy.

I have done it in Garam Masala, Housefull 2, Desi Boyz to an extent, Dostana, Welcome Back...

I have enjoyed the genre and it has worked for me.

I think comedy is the toughest genre in the business.

It is very difficult to make people laugh.

But I enjoyed the process because I enjoy watching films like No Entry and Welcome Back.

When I saw Housefull 2, I was like, what did I do!

But the snake scene and all was so much fun.

Anees Bazmee is one of the best writers in this industry.

Don’t you think that at a time when content is in focus, making a no-brainer comedy will invite brickbats?

There is space for all kinds of films.

As an actor, I want to do all kind of films.

Take Total Dhamaal and Housefull 4 for example. I am sure both films got a lot of negative criticism.

But families went and saw those films.

After this, I am doing Mumbai Saga, followed by Satyameva Jayate 2 with Milap Zaveri. Ileana, you are working with Anees Bazmee for the second time. How do you see this journey from Mubarakan to Pagalpanti?

Ileana D’Cruz: It was a different kind of crazy here.

Mubarakan was crazy as well because you had Arjun Kapoor and Anil Kapoor in it.

It was a family, so it had a weird funny equation.

But when you have so many actors, you know they will come in with their own quirks and different styles of acting.

I don’t have to do much while filming; he makes it so easy.

He is a great actor himself, so half the time, you just watch what he is doing.

John Abraham: He plays the scene out better than the actors.

There are two things that are very important -- comic timing and the conviction factor. How do you do comedy with conviction?

John Abraham: That is a fantastic question. I think conviction is the most important thing while doing comedy.

If you are not convinced, the audience will catch it.

You have to be convinced to play that character. That is very important.

Comic timing, of course, depends on the way Anees Bazmee has written the film. As serious as he looks, he is super funny.

Ileana D’Cruz: He is hilarious. He makes sure that every character, irrespective of the comic timing, stands out.

But comic timing does help.

I know some people who are not funny but somehow, they act out so well.

It turned out to be a great role for me.

It became a lot easier with Anees Bazmee’s writing. We just followed every single thing.

This is not slapstick funny, it is situational funny. Ileana, you have done serious films like Rustom and comedies like Main Tera Hero. Which genre do you prefer?

It is hard to pick; I don’t have a preference.

I think it is the experience.

I enjoy certain experiences more because of the people I work with.

As far as roles are concerned, I get a massive joy and thrill playing any character.

What kind of a character are you playing in Pagalpanti?

Ileana D’Cruz: I think I am the most normal one but I get stuck in problems because of him (John Abraham).

She has a soft corner for him but wants to kill him at the same time.

So they have a really funny relationship.

John Abraham: So everybody, who is associated with me, gets into trouble.

When the industry is all set to put you down, it needs a lot of courage to stand firm by your choices. Isn’t it?

John Abraham: It requires a lot of courage but again like I am proud to be a part of this industry.

Some of my nicest friends are from the industry.

There is a lot of camaraderie today.

We do the kind of films we want to do and everyone is succeeding in their spaces. When you make such comedy films, how many retakes does a comic scene need?

John Abraham: I think I wore a clown outfit and she started laughing.

It tore as I was too big for it.

I was very nervous from Day One.

I think Arshad Warsi is an actor cursed with a writer’s mind. He is so fantastic!

So he brought a lot of laughs also.

Ileana D’Cruz: I don’t think we have an average day because with Anees Bazmee. We end up taking multiple shots in one take.

When we were discussing scenes, we laugh about them.

But the movie-making business is super serious.

The filming process is very serious.

You have produced some great films under your production house. Any plans to create content for the web space?

I have been developing them for two years. It will take more time.

We have got the rights of a best-selling book; I cannot reveal the name yet.

But I don’t see myself acting in them. 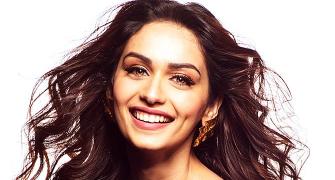 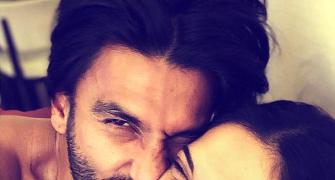 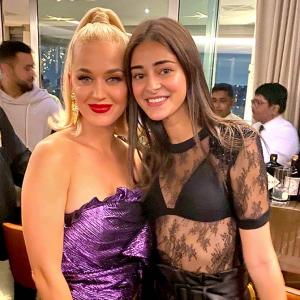 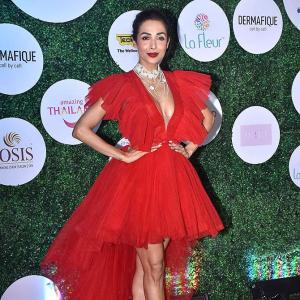