'I am not here to make documentaries. I am an entertainer.' 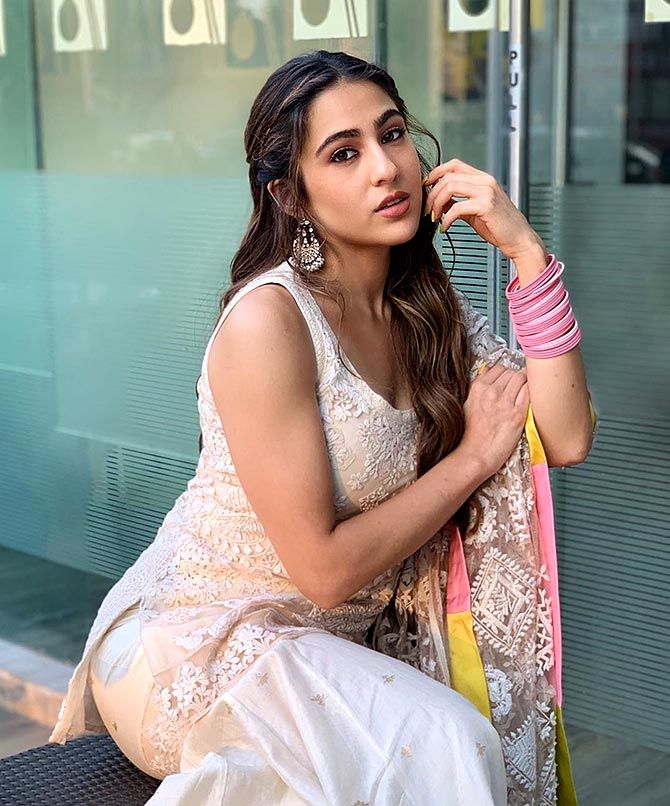 Sara Ali Khan burst onto the scene with Abhishek Kapoor's Kedarnath and followed it up with Rohit Shetty's cop drama Simmba, both films releasing within weeks in 2018.

With no release in 2019, Sara is looking forward to her Valentine's Day outing, Love Aaj Kal, directed by Imtiaz Ali.

And going with the mood of the film, Sara talks about love and tells Rediff.com Contributor Mohnish Singh, "I just have to go on set with conviction and honesty and portray the characters. Whether it is the consumption of alcohol or premarital sex or bad language or whatever that my character indulges in the film, are these the things I stand for? I don't know."

After meeting Imtiaz Ali, has your definition of love changed?

Love is something you can never understand in its entirety.

Love is a journey.

I enjoyed discovering myself while working on this film.

Due to these reasons, I don't have much experience.

Working with Imtiaz Ali has made these experiences more understandable, which is one of the reasons why I always wanted to be an actor.

I feel our lives are limited.

We cannot experience everything in our lifetime but as an actor, I can live many lives in one.

Because of pressure from competition and career, there's a gap between what we feel and what we actually show. 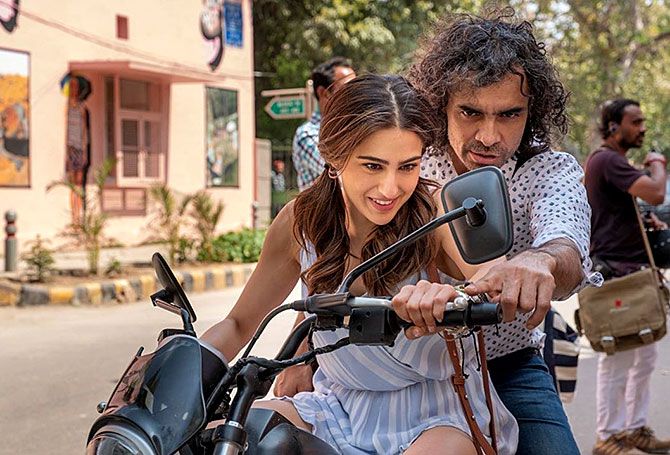 These days we are very conscious of how women are presented on screen. Did you share your thoughts on that with Imtiaz Ali?

Imtiaz Ali is a genius in his own regard. It is not in my place to give him my thoughts.

As an actor, you understand the difference between your public personality and your onscreen personality.

What I stand for on social media as Sara Ali Khan is not what I have to stand for in my characters as an actor.

For me, I just have to go on set with conviction and honesty and portray the characters.

Whether it is the consumption of alcohol or premarital sex or bad language or whatever that my character indulges in the film, are these the things I stand for? I don't know.

I don't think that is even the point.

The point is that Zoe stands for these things and that is Imtiaz Ali's prerogative, his brainchild, not mine.

I just have to go there and execute that. 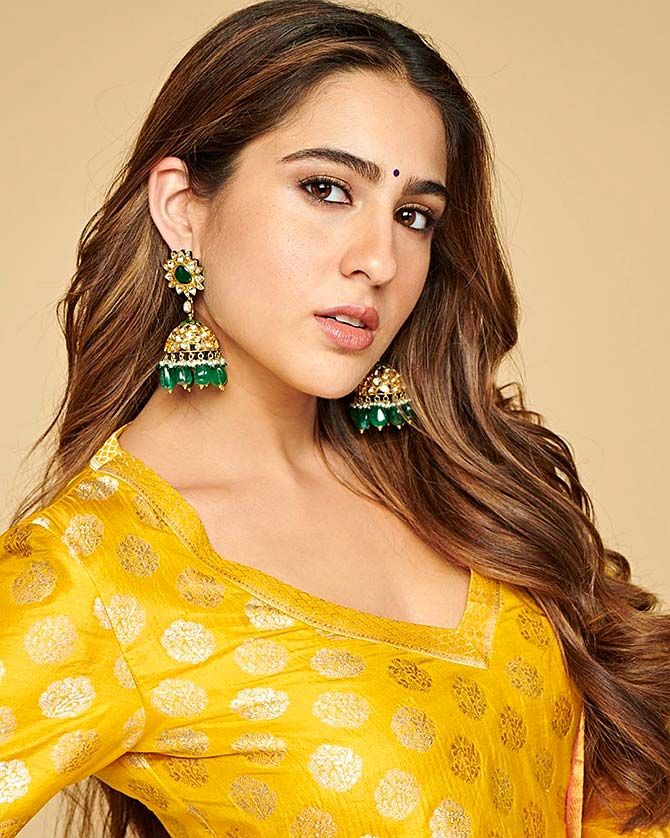 Since the trailer has been appreciated, do you feel the pressure of expectations ahead of the film's release?

In life, there are always expectations. That's a good thing and bad.

For me, it is encouraging to know that there are people who have expectations from me.

But whenever there is expectation, there is scope for disappointment.

And there is also scope for meeting those expectations, which is the only form of motivation one knows.

People expect me to perform and there are two ways to look at it -- either I can be disappointed that I have dissatisfied a handful of people or for certain shots in the trailer or I can take a step back and see the responses to the other shots.

The response to the three songs that are released are positive. 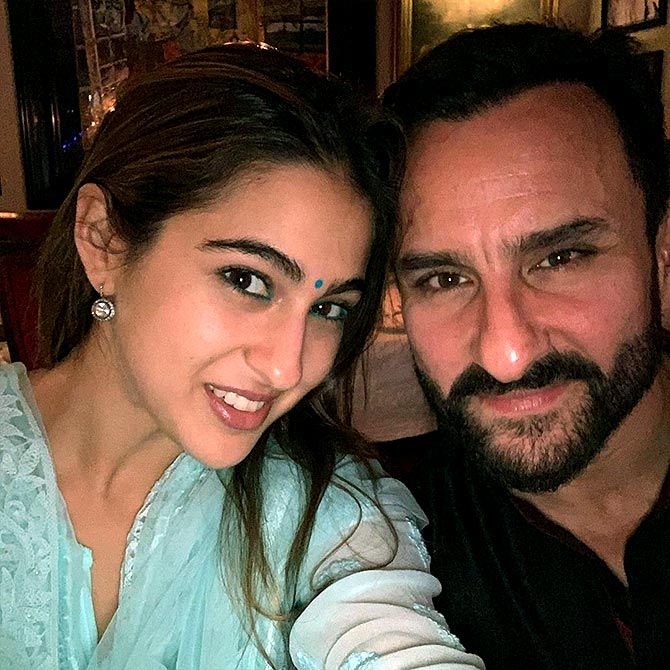 How did your father react to the trailer?

I am his daughter, so the reaction was positive.

Whatever I do, he appreciates and supports me.

He would not be so objective because he is my parent.

Do you think dating has become more complicated with dating apps and social media?

Whether you are comparing over time or comparing actors versus non-actors, the only thing that changes is the language of expression, the external stuff, and that's what this film is talking about.

But the basic ethos of love and the basic feeling that governs that emotion will stand the test of time. 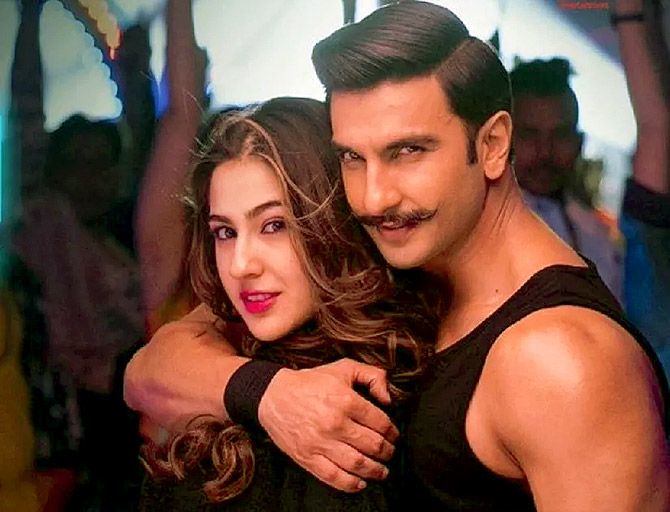 Your last release Simmba and Love Aaj Kal are 14 months apart. Is this a planned strategy to get an edge over the competition?

This job is such that whether it is brands or interviews or magazine shoots or just going to the gym, there is so much scrutiny, so much attention.

Audiences, media and everybody has given me love and adoration even before the release of Kedarnath, so I am thankful.

Without seeming like I am complaining -- because this is in print and that scares me (laughs) -- I would like to say that ultimately, it can get distracting if it takes away from the work.

Especially if you are a high-spirited, confident, girl with a voice, you are in a potentially dangerous situation because you need to ensure that you allow your work to speak.

So it is important, somewhere down the line, to know when to speak and when not to. That's why promotions are fun, but also hectic.

I have had great fun interacting with the media in the last fortnight.

In any case, how much more do you want to write about me? The only way you can have an edge over the competition is to be yourself. 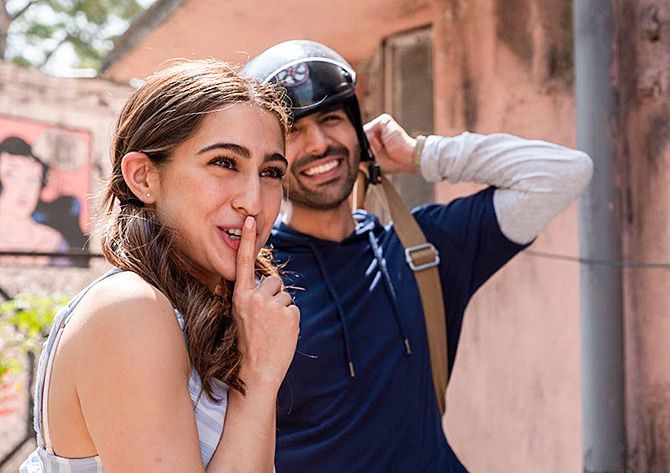 Kartik and you have known each other for long. Does your off-screen chemistry help you create chemistry on screen?

It's maybe because I know him that I've had more fun, but I don't think that has anything to do with onscreen chemistry.

So I don't think knowing him or not knowing him would have anything to do with Zoe and Veer's characters.

When we were on set together, what really helped were the workshops, the readings and the understanding how to respond to a character.

Of course, he gave me cues more than another co-actor would, which I am very thankful for.

I was in a happy mental space, but as far as chemistry on screen is concerned, I don't think that affected it. 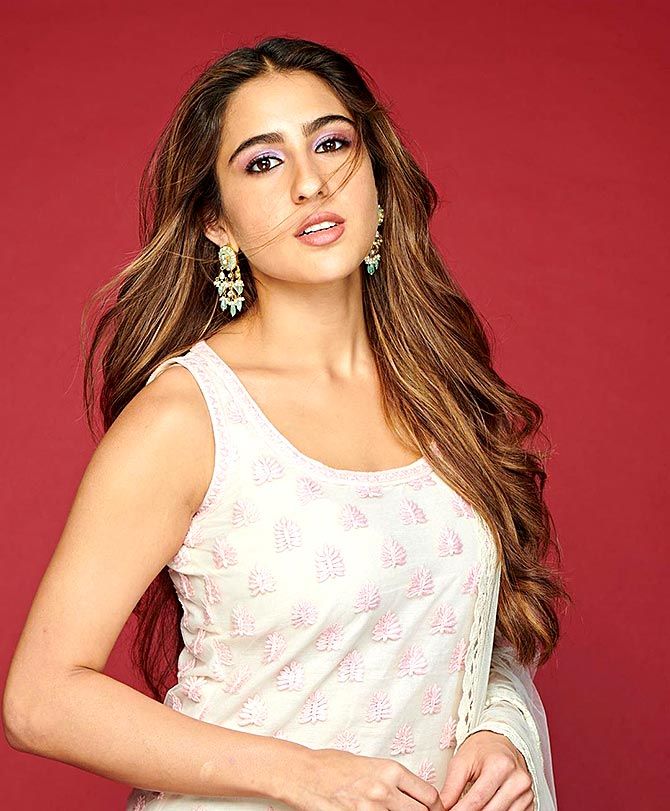 Do you think actors today need to have a balance between creative liberty and being responsible?

I want to be part of films which I think deserve to be told.

I want to play characters that I am excited to play.

There are platforms to give social messages.

If the social message is intrinsic to the film and it is a plotline I want to delve in to, then, of course, it is something that I would do.

But for the lack of a better word, I would say that I am not here to make documentaries.

I am an entertainer.

If there is a film that touches upon a social message, then that is for the better because content sells today.

They want to learn.

They are an educated, thinking, population and I would like to cater to them.

But I don't want to carry the burden of messaging through myself.

I would use a film, a director and a script to be able to take forward a social message because I can control only that. 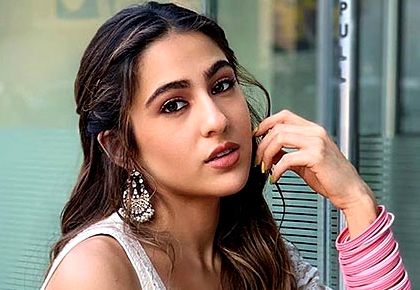