News
Business
Movies
Sports
Cricket
Get Ahead
Money Tips
Shopping
Sign in  |  Create a Rediffmail account
Rediff.com  » Movies » 'No point in watching a film if you feel depressed for five days!'

'A lot of people in the West think that India has a very conservative culture, so we don’t show much intimacy and sex in movies here.'
'But I always say that, without sex, India won’t have a population of over 1.2 billion people.'
'Maybe we are conservative but these things exist in our culture as well.' Freida Pinto is in town to promote her new film, Love Sonia, a gritty story about human trafficking.

Directed by Tabrez Noorani and produced by Life Of Pi’s David Womark, Freida plays an important role in the film.

“If I could solely work in India, the kind of career I would like to have is Richa Chadda’s,” Freida tells Rediff.com contributor Ramesh S.

What kind of research did you do for your character in Love Sonia?

Tabrez Noorani wanted to make this film as authentic as he could, so the maximum research was carried out by my co-actor Mrunal (Thakur), who plays the title role.

She went to Kolkata and spent time with sex workers, so she could acquire the story firsthand.

My research has been going on for 10 years because I have been attached to this film since then.

When Tabrez finished (producing) Slumdog Millionaire, he approached me with the script of Love Sonia. He wanted to direct it.

He had done some five years of research before approaching me.

When I read the script, I was immediately committed because it’s such a moving script with a lot of disturbing facts.

The problems that these young girls face in the world of sex trafficking are still the same.

So it was important to spend time with Tabrez to understand his research, how he rescued the girls and what stories they shared with him.

Strict instructions were given to our costume designer that the clothes we would wear in the film should be authentic. They were ordered from Mumbai’s red-light area from where these sex workers buy their clothes.

Everything has been researched from top to bottom.

We have also watched a lot of films based on human-trafficking, but in my opinion Love Sonia is the most authentic and genuine film among them all. You have worked with actors like Anupam Kher and Richa Chadda in Love Sonia, who are essentially associated with Indian cinema. In terms of the grammar of your respective characters, were there any differences in their approach or interaction on the sets?

We connected to each other as artists -- you can take an actor from India or from any part of the world but, at the end of the day, you have to humanise the character and become it.

For me, it was a great honour to work with phenomenal actors like Manoj Bajpayee and Richa Chadda.

If I could solely work in India, the kind of career I would like to have is Richa’s because it’s very wholesome and soul-satisfying.

She is very candid and not afraid to do anything.

I was aware of the kind of work they have done so far and they were aware of my work as well.

Although I don’t have any scenes with Anupam Kher, there are scenes with Mrunal and Richa.

For her movie debut, Mrunal is beyond phenomenal.

I did not have that kind of confidence when I did Slumdog Millionaire. Your characters in both Slumdog Millionaire and Love Sonia are on the darker side. What difference did you find between the two?

I wouldn’t be interested in doing the same character again.

One should watch the film with an open mind and, at the end of it, simply receive the most important message, which is a message of hope.

There’s no point in watching a film if you feel depressed for five days!

One should feel courage and hope, and both Slumdog Millionaire and Love Sonia end on a note of hope.

In fact, when Jamal (played by Dev Patel) wins Rs 1 crore in Slumdog Millionaire, we did not show what happened to the money; we just showed that he found the love of his life.

So let’s focus on the positive message and evade the darkness in the world. As an Indian actor working in Hollywood, you once said you feel lost.

Yes, I felt lost because there were too many movie offers after Slumdog Millionaire.

In fact, no film of mine released about three years after that.

It’s very difficult to understand for an Indian actress, who breaks out in West, where’s my voice in this or am I just doing everything that is coming on my way.

Technically, on paper, I should have been the happiest person because the offers were coming in but I did not feel like doing them.

I took a break; I did not work for about two-and-a-half years.

That break afforded me with a sense of what my voice was going to be like and what I wanted to do.

Today, I feel like the happiest person because I took that break at that time.

Do you think Netflix and Amazon Prime have changed the perception towards scale?

Perceptions towards Indian filmmakers have also changed in that they can make films or tell stories about people from any part of the world.

Tabrez is from India and his film Love Sonia focuses on Indian people. But that doesn’t mean he shouldn’t go out there and tell a story about a Japanese or an American.

As filmmakers or storytellers, we represent humans. I really hope our Indian stories become popular through such mediums like Netflix and Amazon.

I also hope that it gives Indian talent -- actors, writers, directors and filmmakers -- a chance to tell stories in different parts of the world.

For instance, Sacred Games has been watched by my white friends from America as well and that is something huge for me.

A lot of people in the West think that India has a very conservative culture and so we don’t show much intimacy and sex in movies here.

But I always say that, without sex, India won’t have a population of over 1.2 billion people.

Maybe we are conservative, but these things exist in our culture as well. Since you represent Indian and foreign cinema, how do you think Bollywood is represented in international festivals? What is Bollywood’s impact in Hollywood?

In terms of representation, I think it’s slowly changing these days because the sensibilities of our Indian films are changing. They are no longer tagged as masala-oriented films.

For instance, films like Masaan are being appreciated and going to film festivals across the world.

But it will take time for Hollywood to accept that India doesn’t only do songs and dance in films.

In fact, I have been saying the same thing for more than 10 years now.

I keep insisting that people there watch films starring Smita Patil and Shabana Azmi to understand what real Hindi cinema is.

Talking about your international film career, we have seen you in only two commercial films, Rise Of The Planet of Apes and Immortals. Is it a conscious decision to pick content-driven cinema instead of commercial films?

Although I had a lot of fun while filming the Rise Of The Planet Of Apes and Immortals kind of movies, I didn’t get that full satisfaction which I probably received in movies like Miral or Slumdog Millionaire.

Mrunal said something beautiful -- she said she wanted to do a project where, before sleeping at night, she could say, ‘Yes, I did something amazing today’.

There’s so much similarity between what is Mrunal going through now and what I went through 10 years back.

So yes, it was a very conscious decision for me to do films like Trishna, Knight Of Cups, Needle On A Timestack, along with television shows like Guerrilla.

I would be happy but I had not even started my career here, so I don’t know what I am missing.

I am extremely satisfied with what I am doing presently -- I’m not just acting in films but even producing films and working on documentaries.

Further, Tabrez and I are working on bunch of things together.

I am not missing anything because I learn so much day by day.

For me, this film is my third Hindi language film, after Slumdog Millionaire and Trishna. I am already a part of Indian cinema. 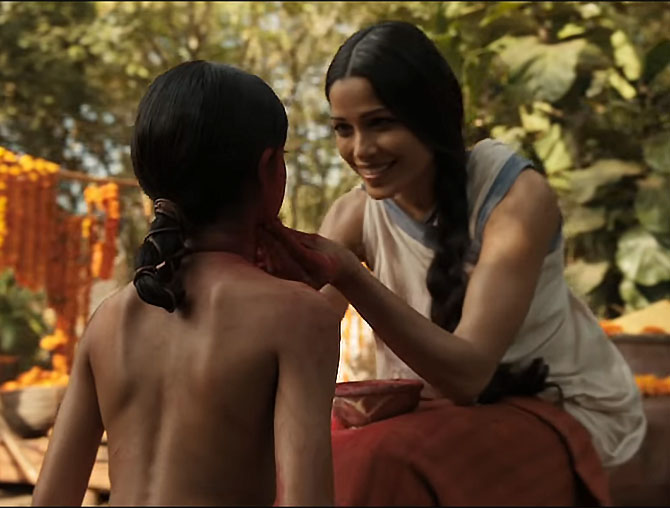 Lastly, how is the much-awaited film Mowgli shaping up? How did that happen? What are your expectations from that?

Jungle Book was made by Disney and they can’t go very dark in their depiction while making movies, especially when it is adapted from a popular children’s book.

Mowgli is being made by Warner Bros and is more adult-oriented, darker and grittier in terms of storytelling.

It is directed by Andy Serkis. I have worked with him in Rise Of The Planet Of The Apes, so I know he will do a fantastic job here.

I called my agent and pleaded that I wanted a role in Mowgli, even if it was smaller or a one-second role.

I really wanted to be a part of this movie because I grew up in India where, every Sunday, I would watch Jungle Book cartoons (on television) and sing (its soundtrack), Jungle jungle baat chali hai.

After our effort, I got this role of Mowgli’s adopted mother.

Though it’s a very small role, I’m very proud of doing it. 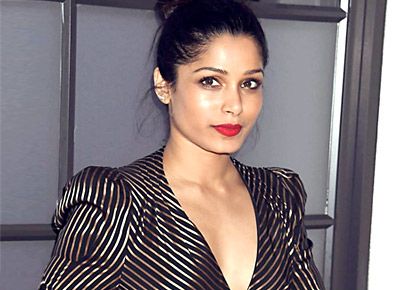 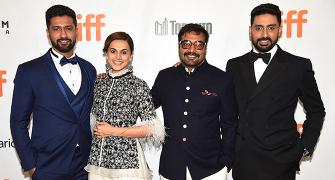 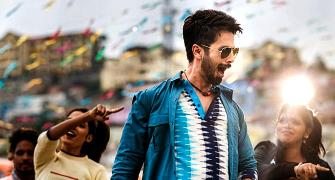 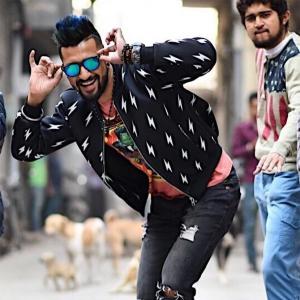