A week before the launch of the 10th season of Jhalak Dikhhla Jaa, its makers threw a grand party for the contestants and star judges.

Surprisingly, Madhuri Dixit, who's a part of the jury, missed the celebration.

JDJ 10 will go on air on September 3 and will be telecast every weekend at 8 pm on the Colors channel. Karan Johar takes a break from supervising the aggressive marketing for his just-released production, Liger, and steps into the spotlight instead. Maniesh Paul has been hosting the show since Season 5 and is back with the mike this year as well. 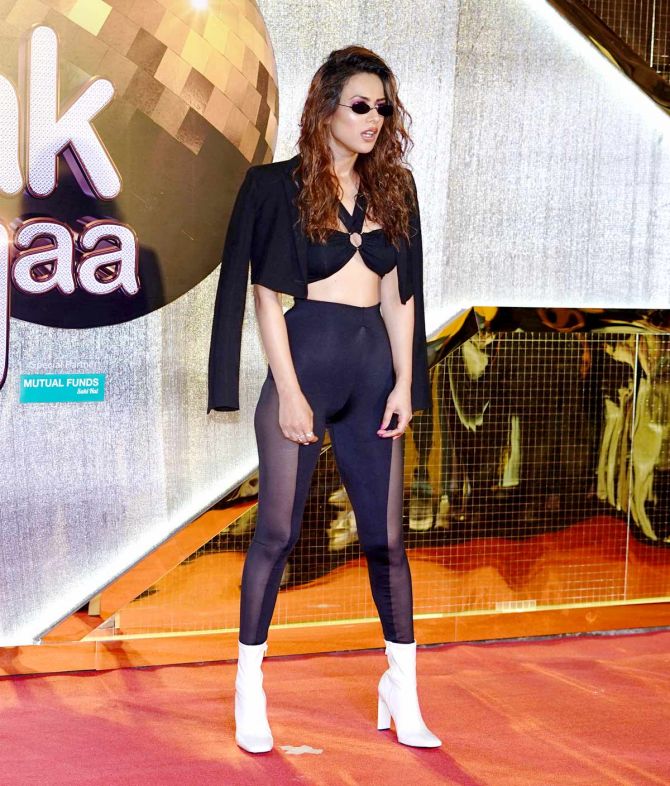 After winning Fear Factor: Khatron Ke Khiladi -- Made in India, Nia Sharma gets ready to show off her dance moves. She will be choreographed by Tarun Raj Nihalani. 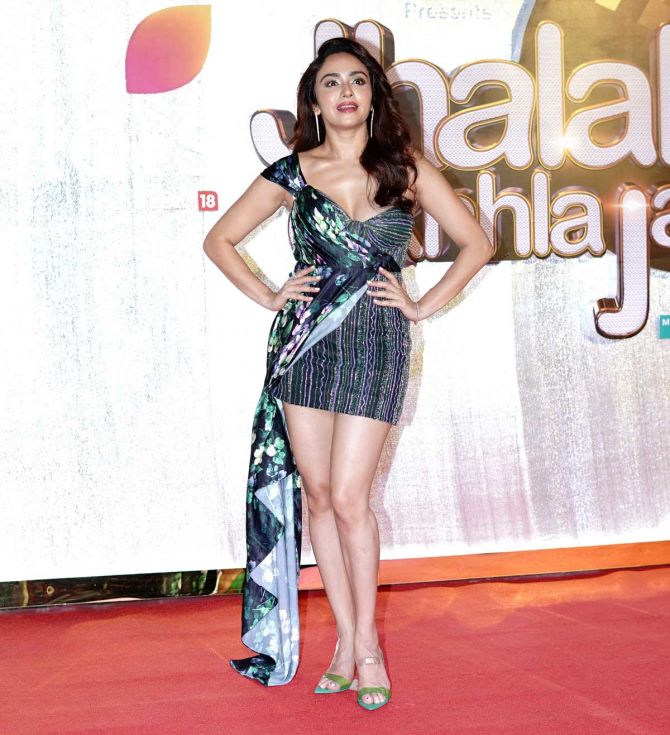 Amruta Khanvilkar -- who won Nach Baliye in 2015 with hubby Himmanshoo A Malhotra; she was also seen in Khatron Ke Khiladi in 2020 -- decides to test her dancing skills again with Jhalak. She became the nation's beloved with Bhabhi Ji Ghar Par Hai! and returned with a bang when she won Bigg Boss 11.

Shilpa Shinde admits she's a 'non-dancer' but doesn't mind taking to the stage. She joins actor-choreographer and co-contestant, Gashmeer Mahajani, who recently appeared as a judge on Dance Maharashtra Dance L'il Masters for a quick pic.

Gashmeer won hearts as Aditya Kumar Tripathi in the popular serial, Imlie. His fans, who were bereft when he quit the show, will be happy to see him back. After raising eyebrows with her bold fashion choices, Uorfi Javed will dance on Jhalak Dikhhla Jaa.

She also appeared in Bigg Boss OTT in 2021, which was anchored by Karan Johar. Uorfi's ex Paras Kalnawat, who had to give up his hit show, Anupamaa, is among the contestants.

The duo apparently had a nasty fight at the launch party and are probably expected to carry forward the fireworks on the reality show. Dance Deewane Season 3 finalist Gunjan Sinha was first noticed for her dancing skills by none other than Madhuri Dixit! Dheeraj Dhoopar, extreme right, says 'cheese' with the rest of the gang. 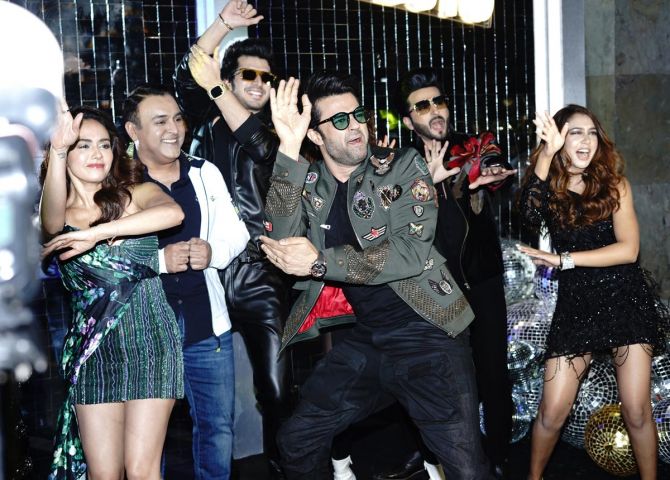 Maniesh Paul and the contestants do the Nach Punjaban hook step from the Karan Johar production, JugJugg Jeeyo.