'They are not called the President's National Awards for no reason.' 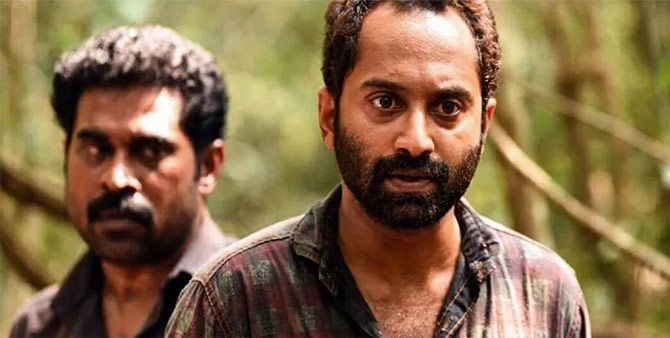 More than 60 winners of the National Film Awards said they would skip the ceremony, after a last minute announcement that President Ram Nath Kovind will present only 11 awards, a departure from tradition.

Expressing 'surprise' at the '11th hour questions', Rashtrapati Bhavan said in a statement that the President attends all award functions for a maximum one hour and this was conveyed to the information and broadcasting ministry.

"President attends all award functions and convocations for a maximum of one hour. This has been the protocol since he took office. It was conveyed to the information and broadcasting Mministry several weeks ago and the ministry knew this all along. Rashtrapati Bhavan is surprised by the 11th hour questions that have been raised," said Ashok Malik, the President's press secretary.

The function, being held at Vigyan Bhavan, will be organised in two phases this year, the Press Information Bureau said.

The first set of awards will be conferred by Union Information and Broadcasting Minister Smriti Irani and Minister of State Rajyavardhan Singh Rathore at 4 pm.

The second set will be presented by the President at 5.30 pm.

In their letter, marked to the President's office and I&B ministry, the artistes said they were informed about the change in the schedule on Wednesday, May 2, by Chaitanya Prasad, additional director general, Directorate of Film Festivals.

Prasad told them that 'a large segment of the awards will not be presented' by the President whereas the invite given to them states that they will receive the award from Kovind.

The artistes said they were disheartened and 'felt dejected rather than honoured' on being informed at the last minute that the President will present only 11 awards.

'It feels like a breach of trust when an institution/ceremony that abides by extreme protocol fails to inform us of such a vital aspect of the ceremony with a prior notice. It seems unfortunate that 65 years of tradition are being overturned in a jiffy,' read the letter, signed by more than 60 film-makers and artistes from across the country.

'We request that the dignity and eminence of this award is maintained and that there is no display of hierarchy at the event. We are disappointed to know that the Hon'ble President will be presenting the Award to just 11 awardees and not the remaining of about 120 of us.'

The artistes said they had discussed the matter with Irani last evening and were promised a reply.

'We would like to bring to your notice that we discussed this matter with the Hon'ble I&B Minister last evening and were promised a reply, but haven't heard back from anybody. In the circumstances of not receiving a response for our grievance, we are left with no option but to be absent for the ceremony.'

'We do not intend to boycott the award but are not attending the ceremony to convey our discontent and are awaiting a more just solution,' they said in the letter.

Giving an account of what happened, a film-maker said on condition of anonymity that they were informed about the change during the rehearsal on May 2.

"At the rehearsal, we were told that the President will give only 11 of the awards as he has only one hour to spare for the ceremony. It is a clear departure from the tradition," a National Award winner told PTI.

"When the film-makers started protesting, Smriti Irani came to the venue, but she said she is not able to give any assurance as the decision was taken by the President's Office," the film-maker said.

"We all represent different parts of the country and it is an honour that we receive at the hands of the President. They are not called the President's National Awards for no reason. If not the President, then at least the vice president should give away the remaining awards, not the ministers," Gowda told PTI.

Newton Producer Manish Mundra, whose film has won the National Award for Best Hindi Film, also expressed his disappointment though it was not immediately clear whether he would skip the ceremony.

'The whole inherent and intrinsic value of #NationalFilmAwards is due to the fact that it's being given away by @rashtrapatibhvn Otherwise it's just one amongst the other many film awards mushrooming across the country! #NationalFilmAwards,' Mundra tweeted. 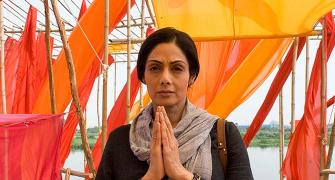 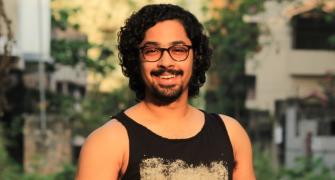