'My heart beats in this gorgeous boy'

'I don't like the fact that everyday Taimur's moves are monitored. I don't know how to stop it.' 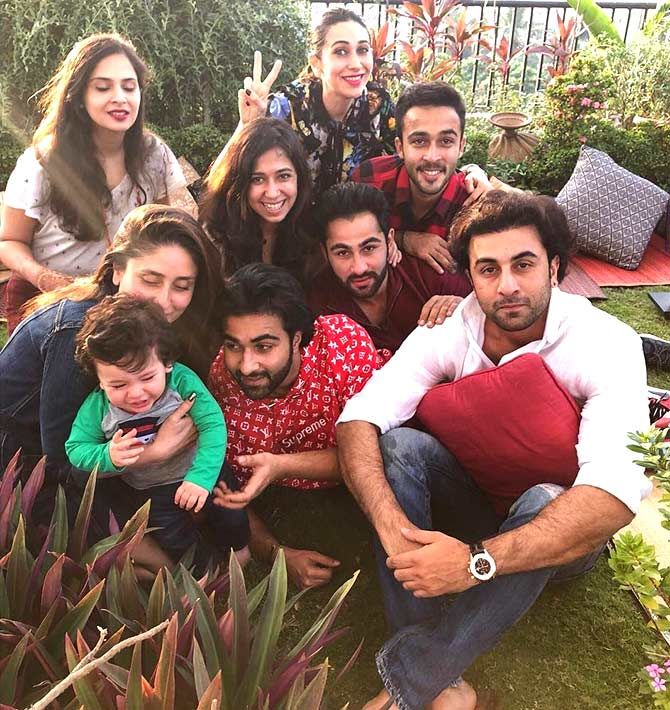 Kareena Kapoor Khan's son Taimur has become an Internet sensation, but the actress does not like the fact that her little one is being watched so closely.

The star kid, who will be 15 months old on March 20, has been followed by the paparazzi since his birth in December 2016.

"I do not like the fact that everyday Taimur's moves are monitored, pictures are out, what he is doing, where he is going, what he is wearing, discussing his hairstyle. He is just 14 months old. I don't know how to stop it. You are just following him around," Kareena says.

"I think he is getting used to it because of late, if I compare his pictures, he has started posing." 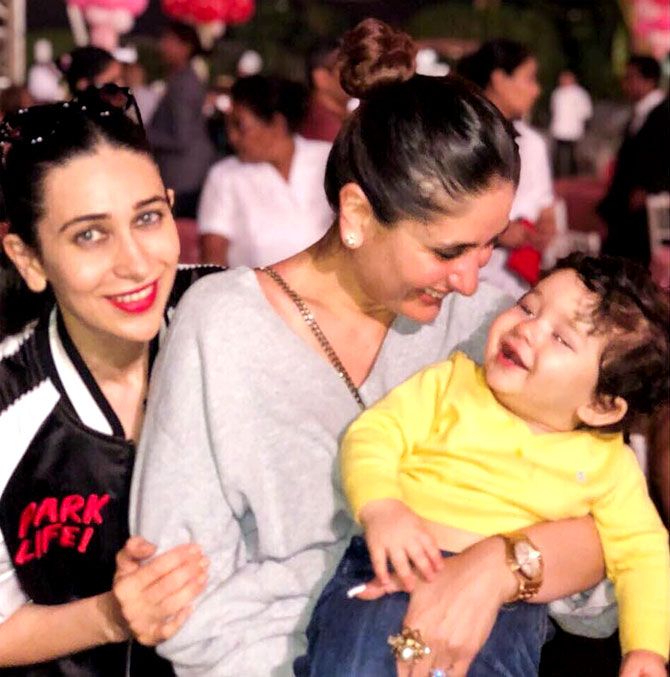 Kareena and her elder sister Karisma Kapoor were in conversation with journalist Rajdeep Sardesai on The Kapoor Clan: Films, Family and Feminism segment of the India Today Conclave in Mumbai. 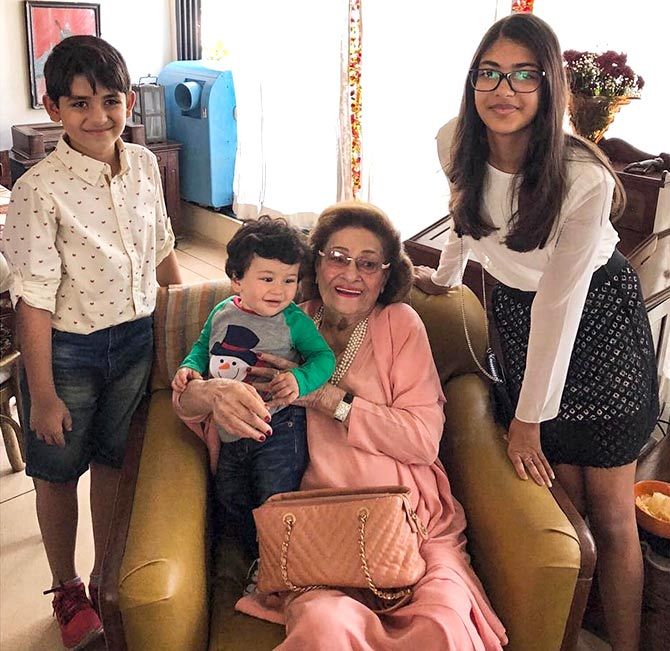 In 2016, soon after Kareena and Saif Ali Khan decided on calling their first child Taimur, some elements on social media started questioning the choice of name.

"There was (a) lot of trolling, but there was immense amount of support as well. Not that the trolls or anything matters. Because the night before (the delivery) when we went to the hospital, Saif asked me, if it's a boy, do I want to change the name from Taimur?'

"He even told me to change the name to 'Faiz', as it is more poetic and romantic. I was like no, 'If it is a boy, my son is going to be a fighter, he will be called 'Taimur'. Taimur means iron and I will produce (an) Ironman. I am proud to have named him Taimur," Kareena says. The Bajrangi Bhaijaan actor said that after Taimur's birth, her life was "no more my own" and her son was her heartbeat.

"(My heart) it beats in this gorgeous looking boy, who I see every night sleep and everything is in his two tiny little hands," Kareena says. Karisma reveals it was a tough time for her sister to cope with the controversy over her son's name barely after the arrival of her newborn.

"Saif was so tense seeing Bebo in that state. They were strong and stuck to their decision to name him Taimur. Today, he is the love of the country and of the world," she says. 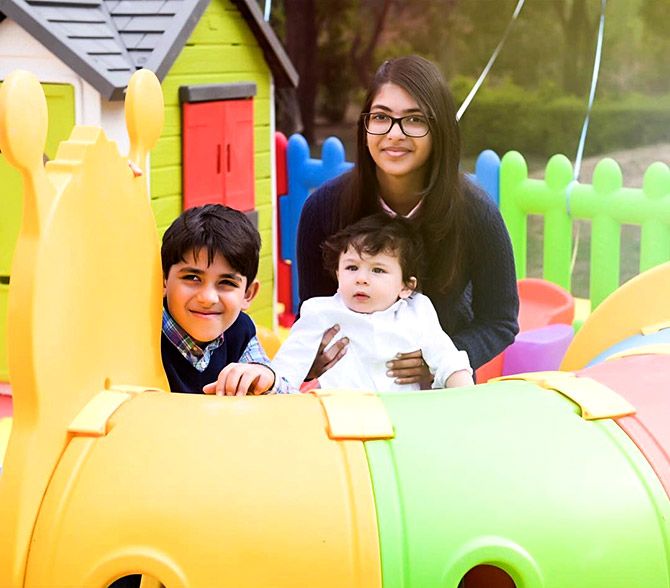 Karisma, who has two kids -- daughter Samiara and son Kiaan -- says her children were her "greatest blessing(s)".

"Today, my life is very normal. I go to drop my kids to the school, (I) go to the market with them, (I) go to the toy shop. There is no question of having bodyguards and cars around," she adds. 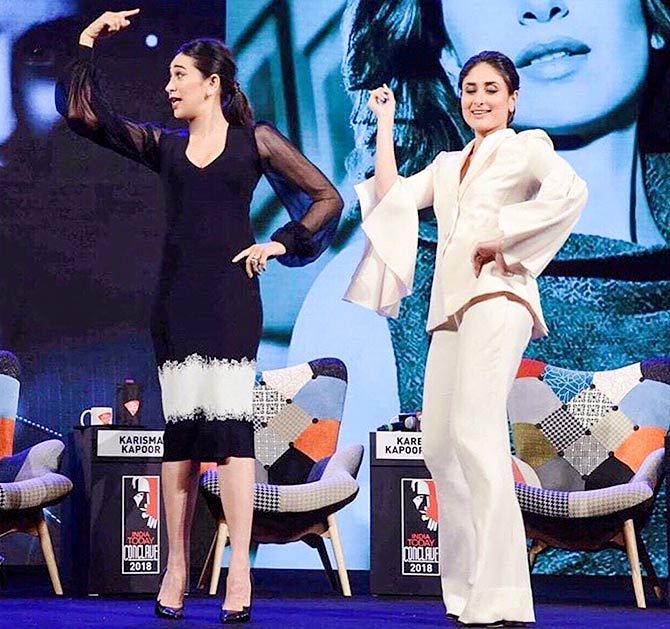 On a lighter note, Sardesai asked Kareena that she was meant to fly and do things in her own way -- be it selection of movies or getting married to Saif, who had quite a reputation.

The actor shot back saying, "Are you saying Saif was not marriage material? I like bad boys. There is nothing wrong in that." 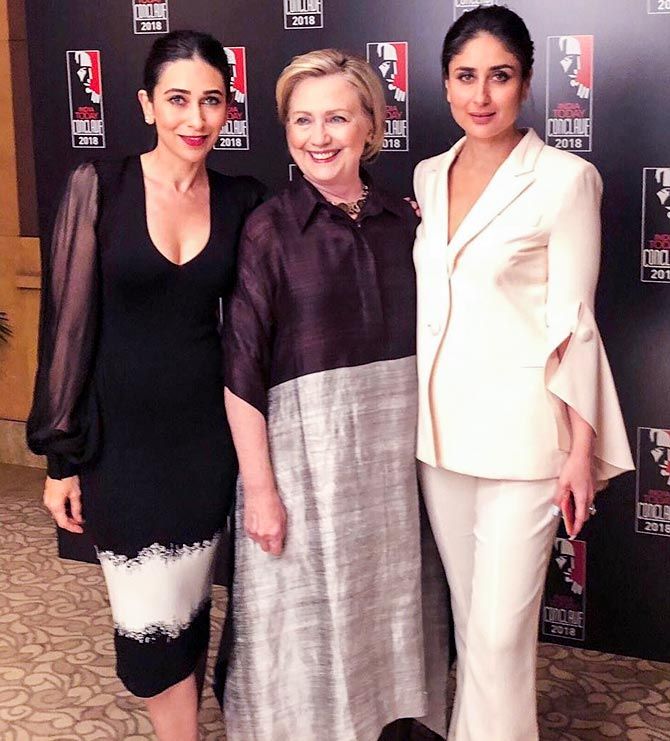 Kareena does not believe that nepotism exists and that if the practice was prevalent, every star child would have gone on to become a superstar.

The actor cites Padmaavat star Ranveer Singh's example, saying the actor made it big in Bollywood on his own, without any familial ties.

"There are many superstars from yesteryears and not all of their children are superstars. If nepotism exists, everyone would have been superstars and number one. But the fact that today Ranveer Singh (who) does not have a mother or father who is a superstar, out of sheer talent and hard work, he is where he is today." 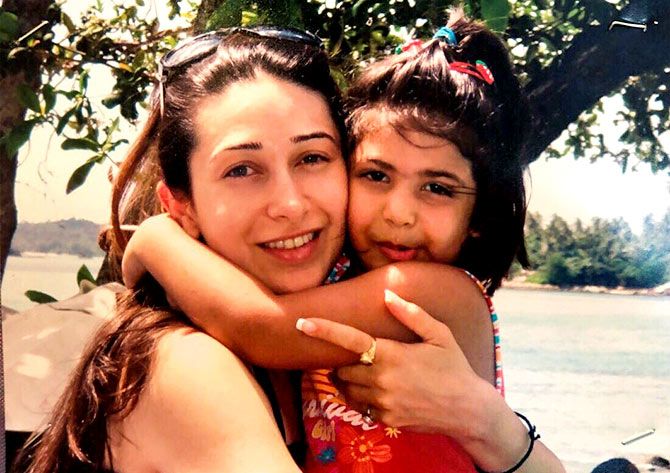 Being a star child, Karisma says, was difficult as one has a legacy to live up to and a pressure to exceed expectations.

"It is about talent, we may be children or grandchildren of somebody, but once you are on the silver screen, you are that part. When you have generations of actors and a huge legacy behind you, it is actually difficult for a star child to live up to it and succeed into this industry," she says.

Their mother Babita and aunt Neetu Singh -- actor Ranbir Kapoor's mother -- careers took a back seat after they entered the Kapoor family, but Karisma insists that they were not forced to leave the movies, it was their "choice".

"This is the myth -- be it my mum or Neetu aunty. It is their choice not to work; Geeta aunty (Shammi Kapoor's first wife, Geeta Bali) and Jennifer (Shashi Kapoor's wife Jennifer Kendal) chose to work," she says. 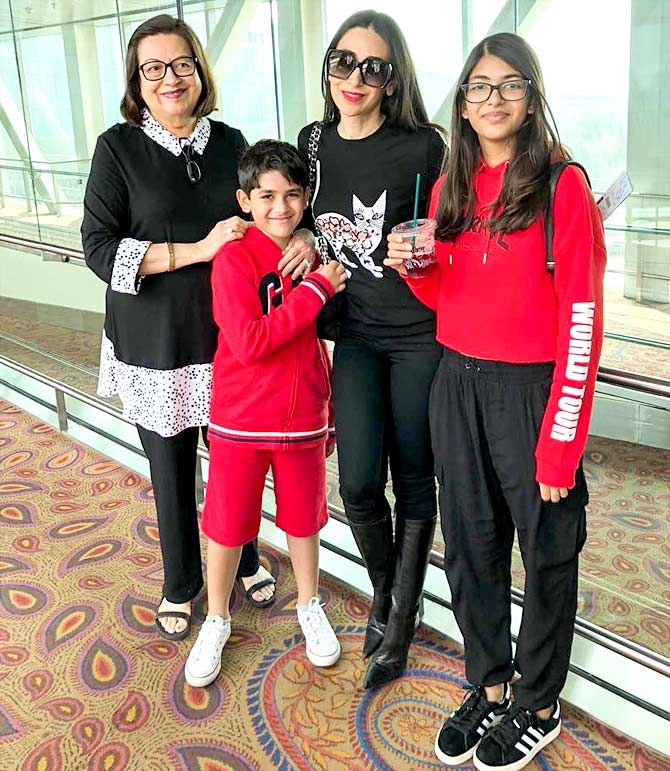 Kareena said it was her sister and she who broke the stereotypes and went on to pursue a career in films.

"My father (Randhir Kapoor) has been very supportive. He did not help us, (or) recommend us," she says.

"He opened the door and told us to fly." 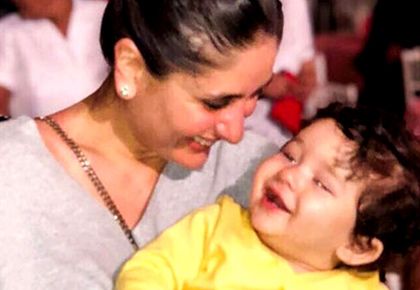