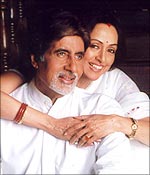 We asked readers to send us Bollywood bloopers that they have spotted and they obliged in kind.

Here we bring the first entry:

Reader Ishan Krishnan from Noida shares with us a blooper that he spotted in the movie Baghban.

In Baghban, Amitabh Bahchcan and Hema Malini are separated right after Holi which falls in March or April.

They stay away for six months during which they are shown celebrating Valentine's Day, which falls in February when in fact, it's almost a year away!

Spotted any movie Bloopers? Do write in! 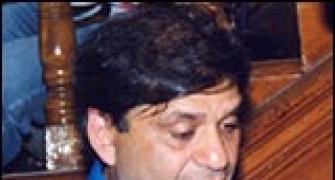 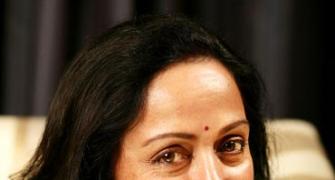 Hema: I don't expect to compete with Ra.One