News
Business
Movies
Sports
Cricket
Get Ahead
Money Tips
Shopping
Sign in  |  Create a Rediffmail account
Rediff.com  » Movies » 'Most of my films are ahead of their time'

'Most of my films are ahead of their time'

'Everyone thought I was a good-looking boy with chocolate hero looks, and was offered such roles only.'
'I was so depressed when people said that a singer's son cannot be an actor; that he should be a singer.'
'I needed a film to showcase my talent.' 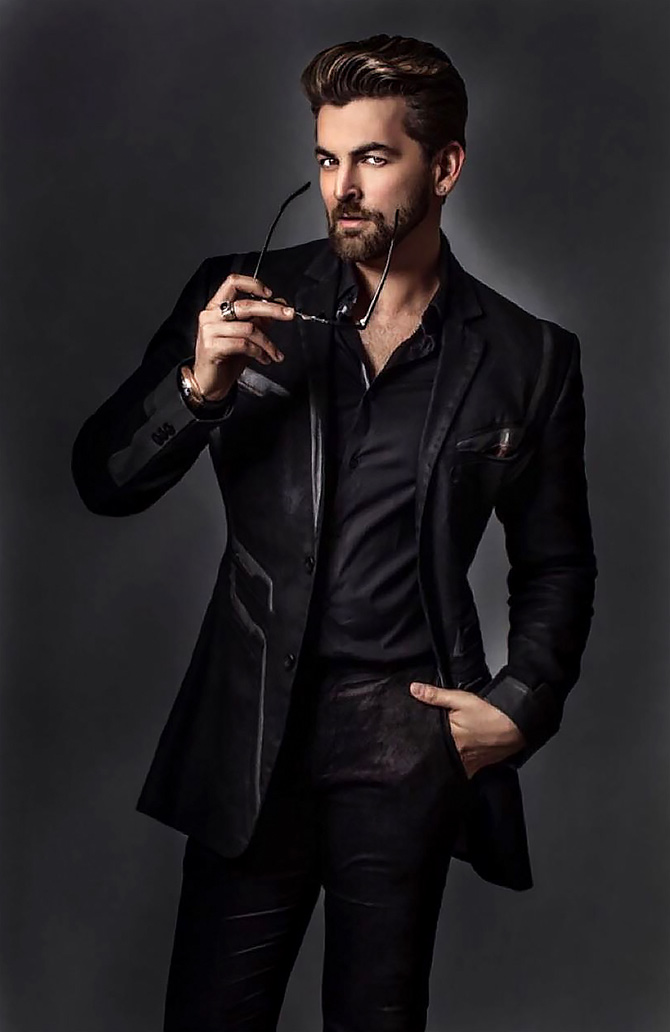 Neil Nitin Mukesh makes his debut as a writer and producer of the thriller, Bypass Road.

Directed by his younger brother Naman, the film has an ensemble cast including Neil, Adah Sharma, Shama Sikander, Gul Panag and Rajat Kapoor.

"Everybody tells me that I have been a master of this genre for the past 12 years. That's why I decided to write and produce a film like Bypass Road," he tells Rediff.com Contributor Divya Solgama,

You have done quite a few thrillers. Is that why you chose to write and produce another?

Everybody tells me that I have been a master of this genre for the past 12 years.

That's why I decided to write and produce a film like Bypass Road.

What excites me to do such films is that this genre has not been explored brilliantly in our country.

We have a lot more to offer to our audience, who are exposed to world cinema, thanks to the OTT platforms.

But as a writer, I wanted to offer something they haven't experienced until now.

That's why the germ of home invasion came to my mind.

I felt home invasion will be more interesting if we had a plot.

Since the characters dominate the film, it automatically needs a non-linear format of narration.

There are a lot of goosebumps moments in the film with several thrills and a lot of suspense. 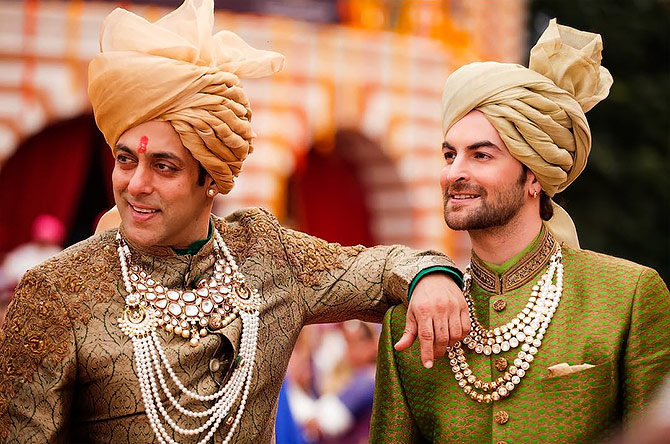 The thriller genre is not very popular in Bollywood. Why do you think?

There's a demand and supply rule in our industry.

The more you feed certain content to the audience, more of those films will release.

Being in the industry for so many years now, I feel we are very secure with formula.

If a certain genre works, more than 20 films will be made in that genre.

Every film of mine that works, I get 20 offers of the similar genre.

So people have been making repetitive content for cinema-goers.

For the past two years, things have changed.

Interesting content is getting developed; people are exploring new plots.

So this is the perfect time to release a film like Bypass Road.

I started developing the story about four years ago, on the sets of Prem Ratan Dhan Payo.

At that time, the OTT platforms were just entering our Indian market.

I had travelled a lot, so I already knew the power of the OTT platforms.

I knew that world cinema would be exposed to everybody.

So I started developing the story of Bypass Road and exploring home invasion. But it took time to go on floor due to my commitments.

For about a year, I worked only on this film, nothing else, just to make sure everything went right. 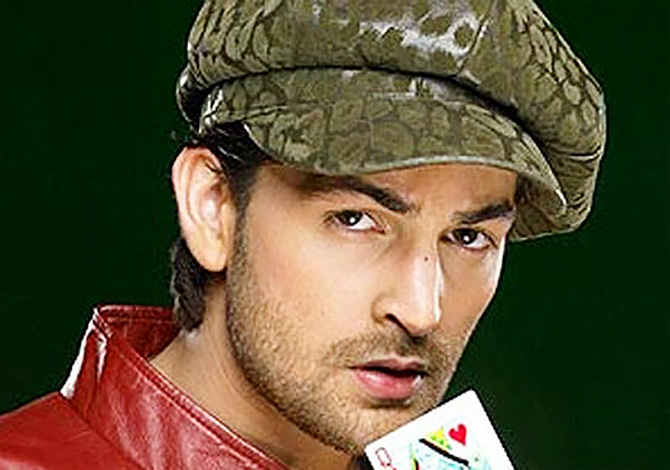 You made an unconventional debut with Johnny Gaddar. Do you think it was ahead of its time?

Most of my films are ahead of their time.

I wasn't offered many films (before my debut) and the ones that came to me were not interesting.

Everyone thought I was a good-looking boy with chocolate hero looks, and was offered such roles only.

I was so depressed when people said that a singer's son cannot be an actor; that he should be a singer.

I needed a film to showcase my talent.

So for me to get a film like Johnny Gaddar was very important.

Like Johnny Gaddar, my other films like David, Wazir, Saat Khoon Maaf, Tera Kya Hoga Johnny, Jail, Indu Sarkar and others were way ahead of their time.

People tell me that those films are too good.

After working in the industry for so many years, I feel like I've been there, done that, and still doing it.

So as a producer, I wanted to develop content that had potential to grow with an audience. 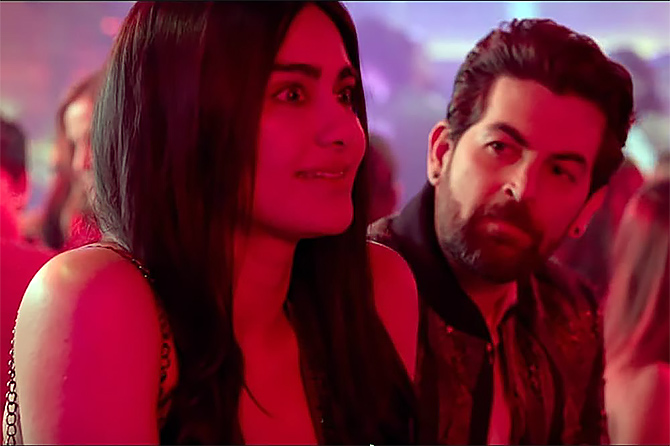 IMAGE: Neil and Adah Sharma in the song So Gaya Yeh Jahan from Bypass Road

Your father (Nitin Mukesh) sang a song in 1989's Jaisi Karni Waisi Bharnii, in which you played a child artist. Now, after so many years, he has recreated his song So Gaya Yeh Jahan from the film, Tezaab. How did it feel?

I was very honoured that my father sang in a film in which I played a child artist.

Seeing our names in one film was a big high.

When I grew up, it was always my wish to make papa sing a song for me in one of my films.

It would make my career complete.

And I got that opportunity with this film.

However, it wasn't forced and was perfectly placed in the film. It takes the story forward.

At first, papa was a bit conscious of recreating his song but then I explained that usually, people remix old songs by adding beats.

But here, we treated it like an original sung by Jubin Nautiyal. I wanted papa to sing the So Gaya Yeh Jahan part because that is synonymous with Nitin Mukesh. 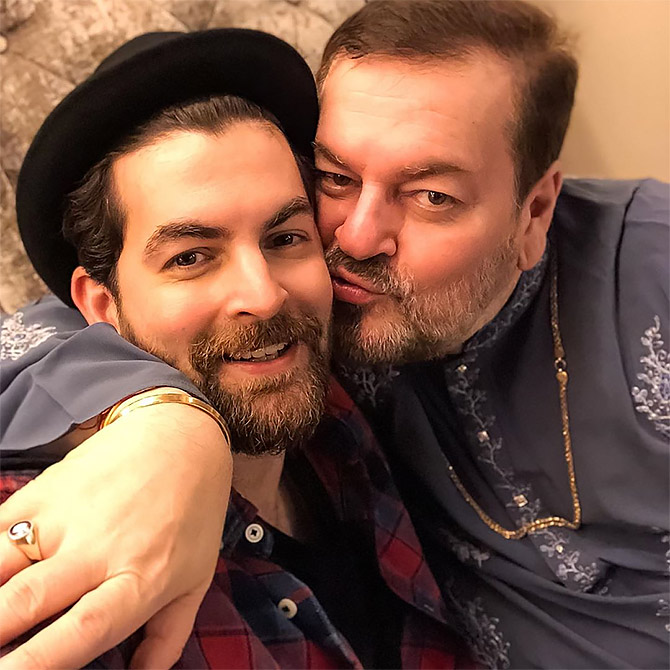 What do you have to say about memes and trolls that make fun of your name?

I feel really sad for them because unfortunately, they have nothing to do except troll.

It does not affect me because I know my lineage and my father's lineage.

The social media platform is great and one should explore it well.

But if someone wants to make fun and make people smile, then so be it.

As long as if you are talking about me and keeping me in your memories, I am happy.

What next after Bypass Road?

There are two or three films lined up in my home production. Of course, not all will have me as an actor.

I am also considering a film from down south, and one in Hindi. 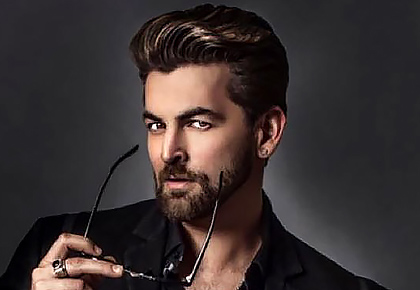 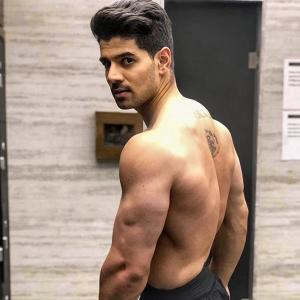