From Yes Madam, Sir, a riveting biography of Kiran Bedi, one of India's most acclaimed public figures, to the Oscar-winning documentary Smile Pinki, the selection of films at The New India film festival at the Museum of Modern Art includes the work of filmmakers from three continents, incorporating several small the Naseeruddin Shah-starrer A Wednesday, which were hits in Indian multiplexes but have not been seen on the big screen here.

The two-week, 16-film exhibition running June 5-18 presents features and shorts that have won acclaim at the Toronto International Film Festival and other events, and includes eight New York premieres.

The exhibition is being organised by Joshua Siegel, Associate Curator, Department of Film, The Museum of Modern Art, and guest curator Uma da Cunha, who recently served as one of the jurors at Cannes. The festival is made possible by Marguerite and Kent Charugundla of the Tamarind Art Council.

The New India fest opens on June 5 with the New York premiere of Australian filmmaker Megan Doneman's fascinating look at Kiran Bedi, narrated by veteran British actress Helen Mirren. Doneman and Bedi will introduce the opening night-screening, as they had done at the Toronto International Film Festival last year where the film turned out to be one of the most popular of the more than 300 films. 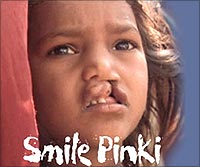 As India's first woman to hold a senior position in the police force and as the acclaimed reformer of the notorious Tihar jail, Bedi received the 1994 Ramon Magsaysay Award, Asia's equivalent of the Nobel Prize, for her three-decade fight against corruption, bureaucracy, and human rights violations. 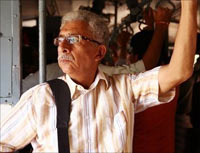 Buddhadeb Dasgupta, whose films have won acclaim at festivals in Venice, Berlin and Toronto, is represented by his latest triumph, The Voyeurs. He describes the film as an ironic and poignant study of urban relationships and the concomitant anxiety and repressed desires.

The New India fest also explores some of the devastating problems afflicting India today, from child exploitation and AIDS to sectarian riots and tribal uprooting. Actress Nandita Das's poignant take on the Gujarat riots, Firaaq, got her critical acclaim, but the film bombed at the box-office while igniting a partisan controversy in India. Though shown in New York last year, the film -- acclaimed at many festivals including TIFF -- will get another showing in New York at the MoMA event.

The curators point out that 'politically charged fiction' films include Chapour Haghighat's The Firm Land, about a village on the Indian Ocean that is threatened with a deadly disease. Haghighat will introduce the New York premiere on June 6, while Das will introduce Firaaq. Megan Mylan will introduce Smile Pinki on June 7.

The Reverend Joseph Pulinthanath's Roots, about the brutal upheaval of tribal peoples in northeast India, is also expected to raise a controversy. Rajesh S Jala's Children of the Pyre, winner of top prizes at the Montreal and São Paulo Film Festivals, is a portrait of seven Dalit boys who tend the largest open-air crematorium in Varanasi. Also featured in the festival is Sourav Sarangi's Bilal, about an eight-year-old boy who helps his blind parents survive the slums of Mumbai.