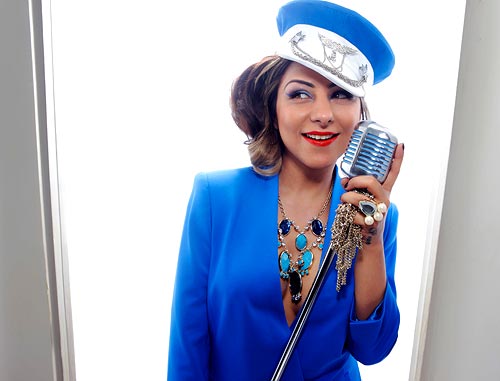 Almost after 5 years the Glassy girl Hard Kaur brings out her next album P.L.A.Y. Her first album Supawoman was about her struggles, P.L.A.Y is about celebration of life, acronym of Party Loud All Year.

"My earlier album explained my journey till date but since I am making a good living now, P.L.A.Y is celebration of life." Hard Kaur claims that every song in the album is a happy party song.

P.L.A.Y which recently released by Sony music features the singing stars of India like Mika, Anushka Manchanda, Lehmber Hussainpuri and Apeksha Dandekar. Apart from the Indian music icons, Kaur has also recorded a song with rapper Eminem's former band D12. "I recorded a verse and a chorus and sent the track to them. They liked it and I was called to Detroit to record with them!"

The songs of the album are penned and composed by Hard Kaur herself. The lyrics have Mumbaiya language. "I have spiked the party songs with the street style by using lot of Mumbaiya street slang like apun toh hai full bindass which makes the lyrics funny and songs peppy."

Why did she take five year gap "After Johnny Gaddar, everyone lined up. I enjoyed doing the dance reality show then acting came along. However, I had an itching for a while to release my songs."

No more acting for her however, she wants to come up with her own clothing line in near future she says. "It will be my own hip-hop brand! In fact we have started with T factory, where we do custom Hip-hop prints, I will soon come up with my clothing line," she signs off.