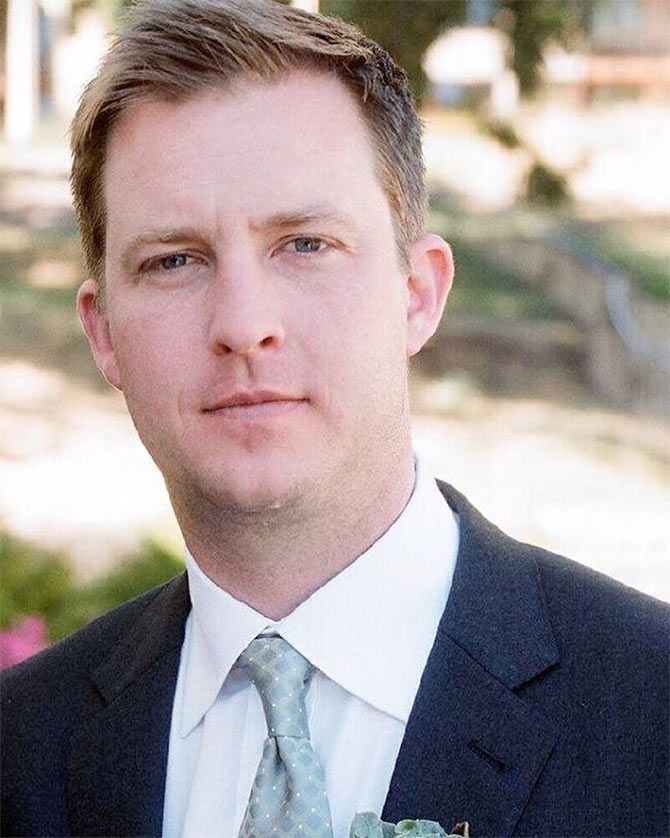 Preity Zinta, who married beau Gene Goodenough on February 29 in Los Angeles, finally turned to Twitter to confirm her marriage.

She shared a picture of her husband and wrote: ‘I was holding on the " Miss Tag" rather seriously till now, until I met someone " Goodenough" to give it up for. So now I join the Married Club folks.Thank you all for your good wishes & for all your love. Love you all. Ting ! Let the Goodenough jokes begin.’

Thanking everyone for the wishes, she added: ‘Thank you for all the love & good wishes folks. Appreciate it from the bottom of my heart. I'm touched & humbled. Love u all.’

Bipasha: Wait for me to announce my wedding

Bipasha Basu has denied engagement with rumoured boyfriend Karan Singh Grover after she was spotted wearing a diamond ring at an award show.

‘Wait for me 2 announce my wedding when I want to n if I want to. Please stop treating it frivolously,’ Bipasha tweeted.

‘For years I have dealt with this constant discussion. Please be patient. After all it's my life:) Thank you all. Humble request to all those who love me,’ she added. 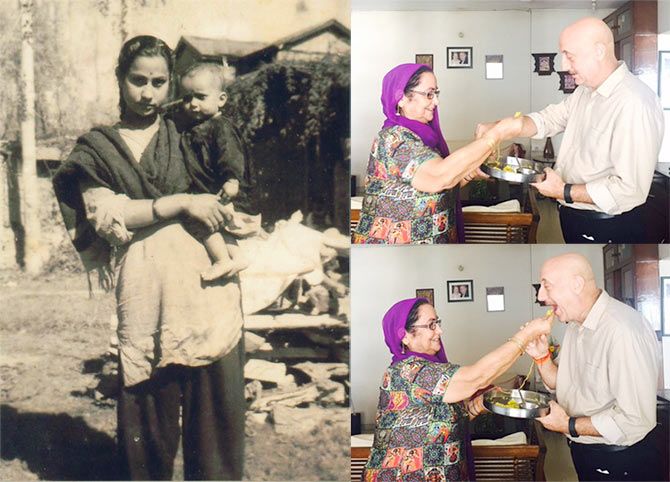 The versatile actor posted a picture on Twitter and wrote: ‘When a mother wishes her son "WohorWod Mubarak" (Happy Birthday in Kashmiri), 'years' have nothing to do with it.’

Meanwhile, his friends also turned to Twitter to wish him: 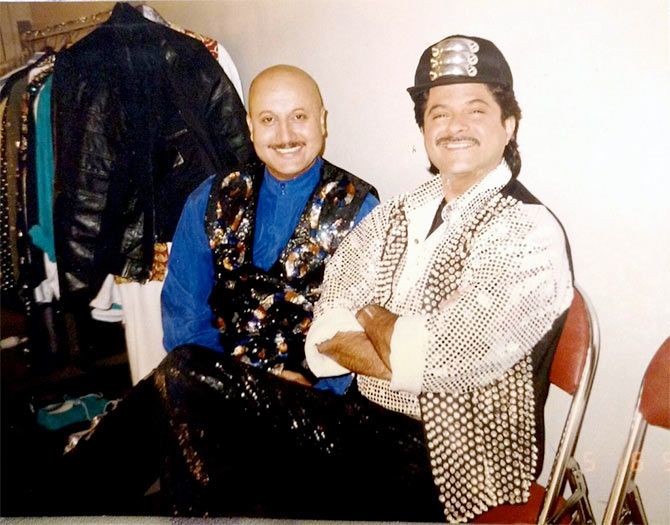 Madhur Bhandarkar: ‘No matter how much u grow up, you are always going to remain the youngest, the dearest & the smartest! Happy Birthday.’

Riteish Deshmukh: ‘Happy Birthday Sir @AnupamPkher -one of the most versatile actors I have worked with. Have a blessed one.’ 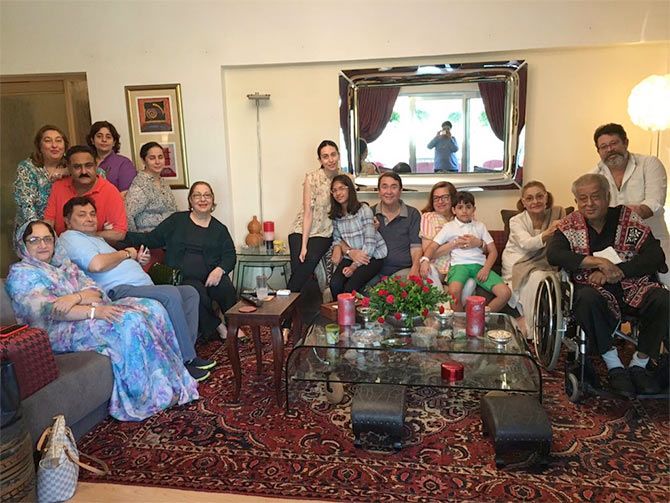 Rishi Kapoor enjoyed a lunch with his family on Sunday.

After the lunch, he shared a picture and tweeted: ‘Reality."Kapoor & Family" at a never ending lunch this afternoon. Welcome back mom and good to see you Shashi Uncle!’

It’s a wrap for A Death in the Gunj! 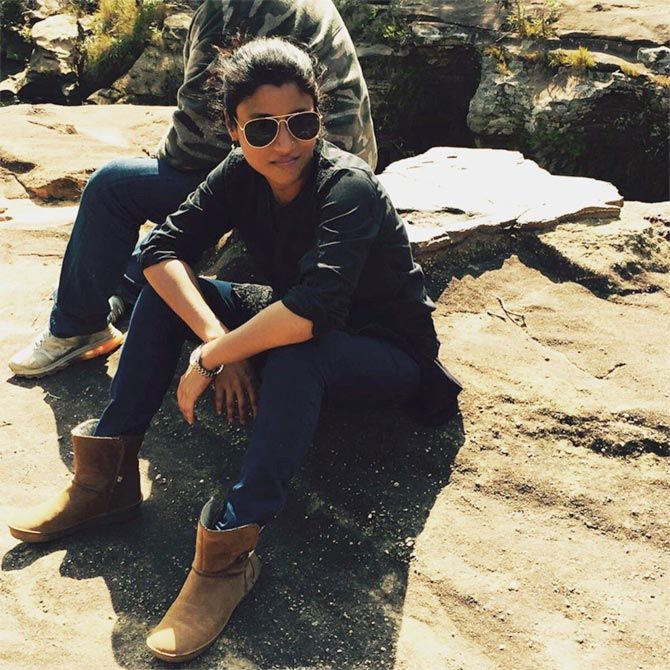 Konkona Sensharma has finished shooting for her directorial debut A Death in the Gunj.

She posted a picture and wrote: ‘Just wrapped the shoot of our film A Death in the Gunj in McCluskiegunj!’

Kamal Haasan, who has worked with him in Tamil film Papanasam, turned to Twitter to pay his respects.

He wrote: ‘Sad about my friend Kalabhavanam Mani. One more of My Malayalee brothers dying of cirrhosis. He had more talent than time.’ 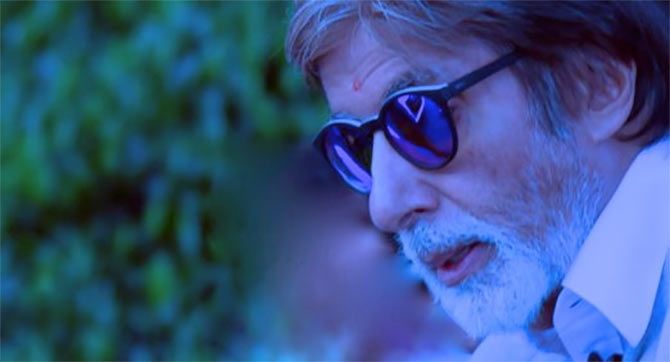 He shared a picture of his look and tweeted: ‘And in Delhi now, with grown beard for role of new project.’

Bachchan is staying at his family residence Sopaan at Gulmohar Park. 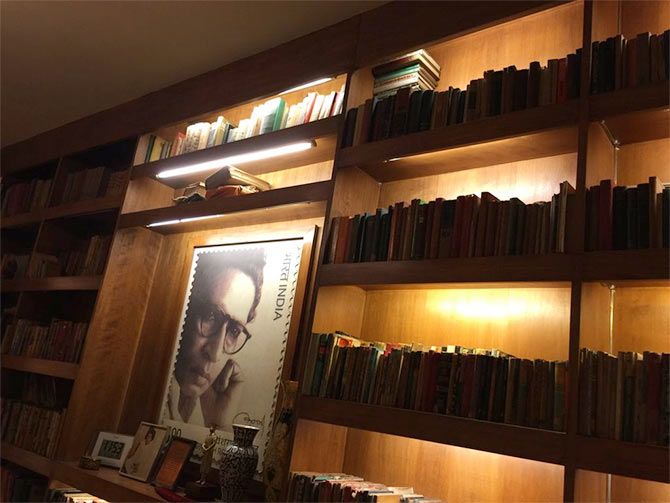 Remembering his father Harivansh Rai Bachchan, he posted some pictures and wrote: ‘I sit in my Father's study in Delhi at our home Sopaan .. for the first time to engage with you all .. what an inspired feeling .. and so much memorabilia surrounded about. His room where he wrote the last book of his biography and many of his last poems. We maintain his study the way it was.'

Hema Malini gets Nano for Vrindavan 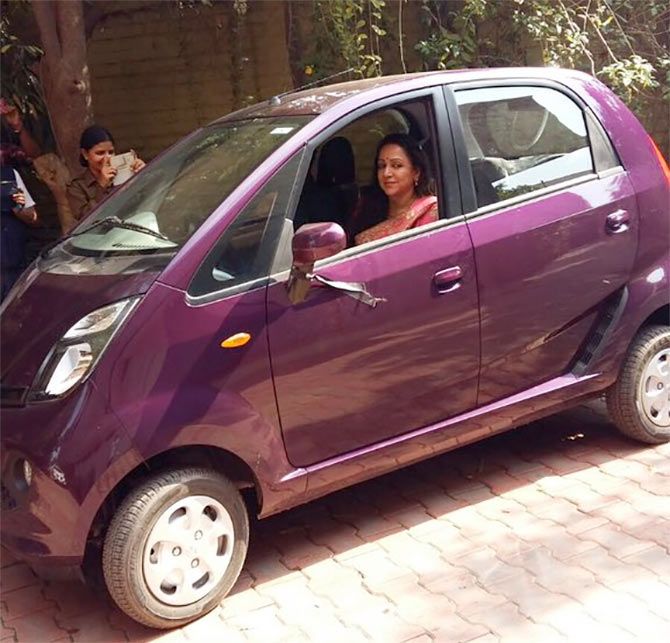 Actress-politician Hema Malini has bought herself a Tata Nano for commuting in Vrindavan, Mathura.

She posted a picture and wrote: ‘In the Nano I have bought to use in Vrindavan. Hope I am able to drive it myself there!'