'There is so much more I can do'

'I don't know what my potential is.'
'This is not some sports where you can measure your speed and strength.'
'This is a continuous journey, where you discover yourself through theatre, cinema and acting.' Kumud Mishra has been getting good reviews for his latest film, Ram Singh Charlie.

And he admits it was a tough role.

"When I did this film, I did not think of it as a lead role. I was just playing a character. I have played all my favourite characters in films as lead roles because they have their own world," Mishra tells Patcy N/Rediff.com.

In Ram Singh Charlie, you do an impersonation of Charlie Chaplin. Was that difficult?

I tried my best. I think your whole life is not enough to impersonate Charlie Chaplin.

I just did how much our film needed.

If you have to really try impersonating him, you need a lot of time and effort.

Impersonating Charlie Chaplin was the most challenging part for me.

Ram Singh is a common man while Charlie is a circus performer. How did you balance both sides of the character?

I am a performer.

I do this in my everyday life. When I am at home, I am a normal person. When I am on stage or in front of the camera, I am an actor.

What was interesting is how they are inter-mingled, and you don't realise who is affecting whom -- whether Ram Singh is affecting Charlie or Charlie is affecting Ram Singh. It's two sides of the same person.

Ram Singh's life is about the circus, where he grew up. So his fight is to save the circus which looked after him all his life. He doesn't know anything other than the circus.

Preparing for Charlie was difficult.

The life of a rickshaw driver was difficult for me because I am not aware of their life. The circus is a dying art in India. Many among the youth of today may not have seen the circus. How will they relate with it?

The story is about Ram Singh's life, his struggle and his tragedy, so the audience will connect with his emotions.

He is a performer -- whether he performs on stage, on the street or at home -- the common man will connect with him.

The circus's survival is becoming difficult and a whole book can be written on it. But that's just the backdrop of our film.

Making this film was a huge circus for us, releasing it was a huge struggle. It was as big a struggle as Ram Singh's to bring the circus back.

Ram Singh Charlie did the festival rounds in 2016. Why did it take so much time to release it?

There were too many factors involved; Director Nitin Kakkar and Writer Sharib Hashmi would be the right people to address this.

But as a lay person, what I understand is business plays a huge role in this. Distributors were not sure that such a film would bring them huge returns.

We see everything today with cooperate eyes. But I think once people watch the film on the OTT platform, it will get popular.

People who have already watched the film have given it positive reviews and responses.

I don't promote my films.

We have struggled a lot to release this film in theatres and now, our journey has ended.

Very rarely do character actors get to play the title role.

When I act, I don't see what role I am playing, whether it is a character role or a title role.

All the people acting in a film are playing characters, even the person doing the lead.

When I did this film, I did not think of it as a lead role. I was just playing a character.

I have played all my favourite characters in films as lead roles because they have their own world.

I create their world in my mind, and the reference for it is the script.

If the script is good, the smallest to the biggest character create a complete world.

My co-star Farrukh Seyer played Shahjehan in the film. It is an amazing role, even though it is very small, length, wise.

Of course, Ram Singh Charlie is a dream role because it was very challenging and gave me creative satisfaction. 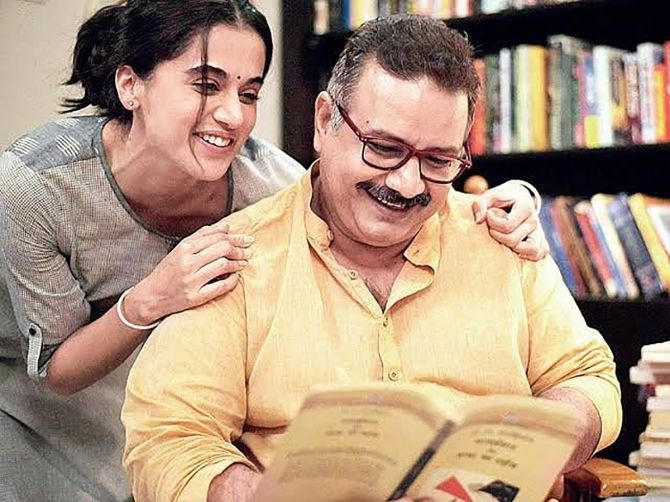 You have played so many different characters in films like Sultan, Rockstar, Airlift and Thappad. How do you select your roles?

Ideally, I don't like people telling me about my role, my character or narrating the script.

I would prefer getting the script in my hand first, reading it and depending on that, I would decide whether I want to do the film.

Once I say yes, I should be told which role I am going to play. Then I would like to decide whether I want to play the character or not.

If I know my role, my decision will be biased and greedy.

On many occasions, the director becomes important.

Nitin Kakkar, Anubhav Sinha, Imtiaz Ali... are some of the directors, when they offer me a film, the script is not important.

I just want to relive the experience that I have already lived because they give me something new every time.

Between theatre and films, where does your loyalty lie?

Theatre. But I am discovering cinema afresh and enjoying it.

Cinema has given me a lot.

But I would like to sound unfair and say theatre is my true love.

In an interview, you had said that you do films to run your kitchen. Does that mean they don't satisfy you as an actor?

Running the kitchen is one aspect.

Cinema gives me quality of life, as it pays me enough for a certain kind of lifestyle.

But in the last few years, I have discovered a lot about myself because of the challenging roles I have been offered. And I am discovering this medium in a new light.

In the last few years, cinema has fulfilled me as an actor.

I started exploring it very late in life.

My loyalty was always been towards theatre; I have done the worst plays without any regret.

But I had resistance towards cinema. When someone offered me role, I would show less interest.

I did television for survival for sometime and did not have any regrets about it.

Now that I am doing films seriously, I realise that how much I have learned as an actor and can take that knowledge to my stage plays. IMAGE: Kumud Mishra as the judge in Mulk.

Do you think your talent has been tapped to your potential?

What is my potential?

I don't know what my potential is. This is not some sports where you can measure your speed and strength.

This is a continuous journey, where you discover yourself through theatre, cinema and acting.

For me, what is important is what I was offered and how well did I portray it.

I am not upset if my role is three minutes long or a full film.

Cinema is a business; people give me work according to my value.

If I get good work, it means I have value.

If I am not getting work, it means my audience doesn't want to see me and I should not regret that.

Whatever roles I can't do in films, I do them theatre, so I am satisfied.

What is your dream role?

I am not ambitious. I am a lazy person.

When Anubhav Sinha offered me the judge's role in Mulk, I put my heart and soul into it.

There is just one primary scene towards the climax. It was a one page dialogue.

Apart from that, there were not many dialogues for that character in that film.

But I gave my whole life to that one scene. My existence was because of that one scene, and it was on me how beautifully I could portray it.

If I get a role like Ram Singh Charlie and if I can't do justice to it, then there is no point doing that role. It is very important how competently you can play that role. 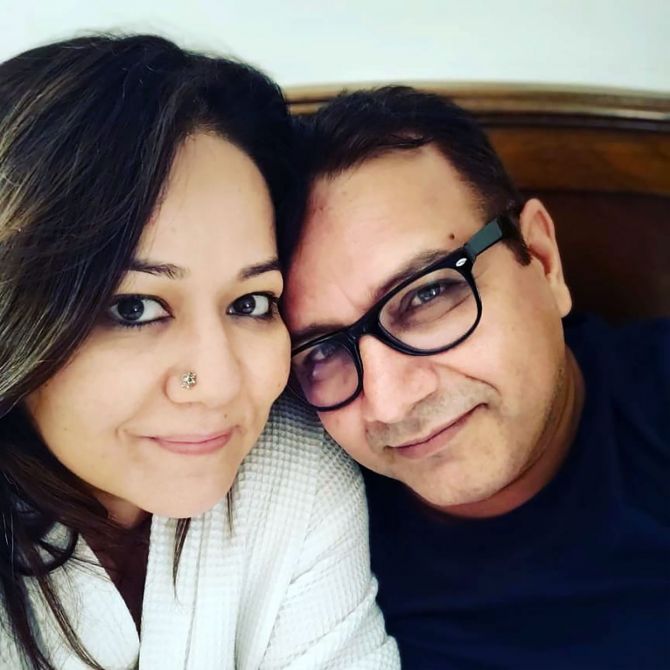 You came to Mumbai in 1994. Twenty six years later, how do you see your journey?

I am very satisfied as an actor on stage.

I have a good life.

I have a wonderful family.

People know me and appreciate my work. I am happy.

But I am not happy with my own work, there is so much more I can do.

I am a very limited actor so far, there are more things to learn and discover.

You are married to Ayesha Raza, another talented actor. Are there discussions at home about films and theatre?

We are like a normal couple, but we do discuss cinema and theatre a lot because that is our profession.

We tear each other's work apart.

She has always been like that -- when we were courting, she walked out of my play because she did not like my work.

Professionally, we have frank opinions about each other's work.

I will start a series and a Yash Raj film in October. 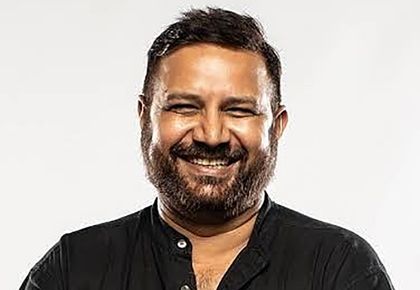