'It broke my heart when Rehnaa Hai Terre Dil Mein did not work at the box office but little did I know that, one day, it would become a cult film.' Dia Mirza makes Kashmir look even more gorgeous in the new web series, Kaafir, where she tackles a delicate theme.

Kaafir, which will be aired on Zee5, is directed by Sonam Nair. It co-stars Mohit Raina.

Dia tells Rediff.com Contributor Divya Solgama, "There are many scenes that haunted me even after the camera switched off. I would continue crying."

Are we witnessing the Dia Mirza 2.0 version now?

As an artiste, I have always felt cheated, like I have much more to offer. But the opportunities did not come along.

The characters I had played earlier, and the films I was offered, did not give me the full opportunity to express myself.

It’s actually a good thing because it gave me time to introspect, understand and learn.

I think Kaafir can be called the Dia Mirza 2.0 version because it has a story that resonates deeply with my basic human values, something I instinctively gravitate towards. 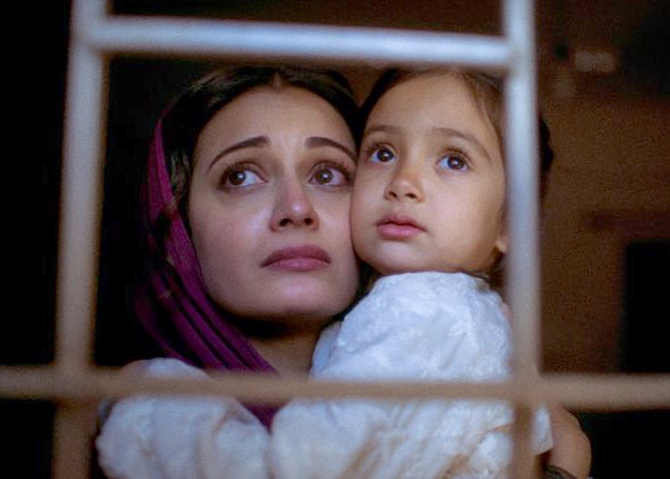 Tell us more about Kaafir.

My character is accused of being a Pakistani woman and a terrorist and is put behind bars. There, she gives birth to a girl child.

After eight years, an Indian lawyer and journalist decides to take up her case.

In the end, we find out whether she is a terrorist or not.

We also find out how she got there, if she will ever return to India...

There are many layers to the narrative that will compel people, as it has compelled us -- Mohit (Raina), Sonam (Nair, director) and me. 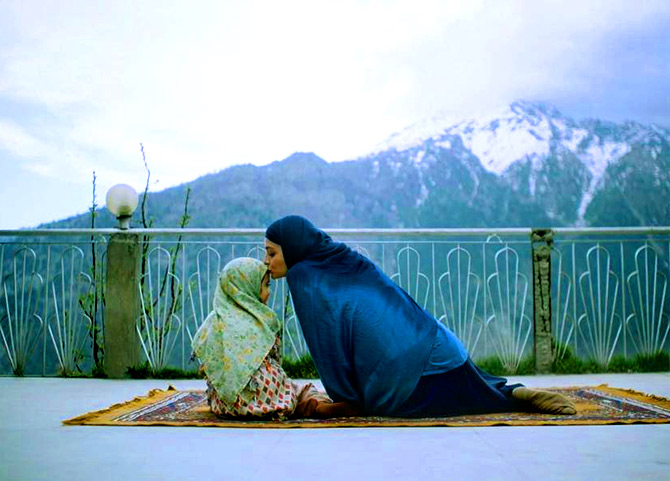 Any scenes that haunted you?

There are many scenes that haunted me even after the camera switched off.

I would continue crying.

I haven’t acted in Kaafir, I have only experienced what my character, Kainaaz, has. And when you experience what Kainaaz has, it can take you to very dark spaces. Yet, the human spirit is a light.

My biggest takeaway from being Kainaaz has been overcoming circumstances purely due to the power of the human spirit. 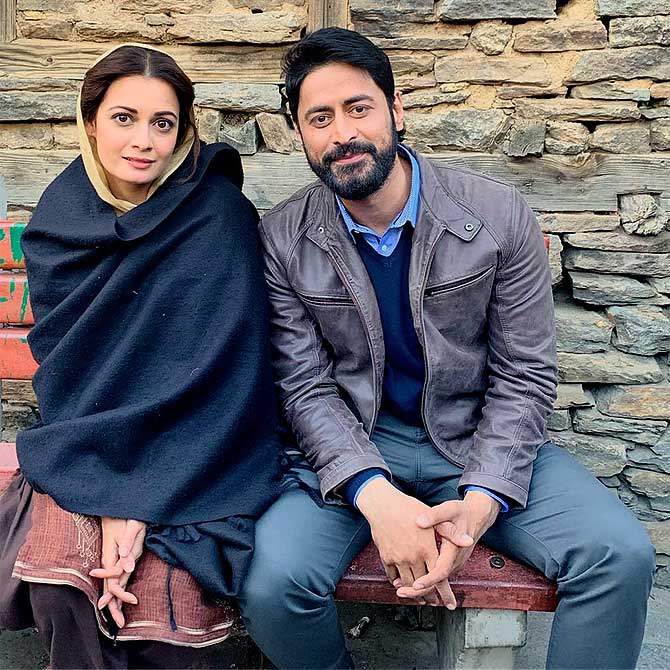 How did you unwind after the shoot?

I wanted all my senses to get heightened, so that I could feel the full impact of Kainaaz and her experience.

But when you allow things to affect you, it takes time to undo it.

I meditated a lot and that helped me immensely.

At many levels, I am still there, under that effect. 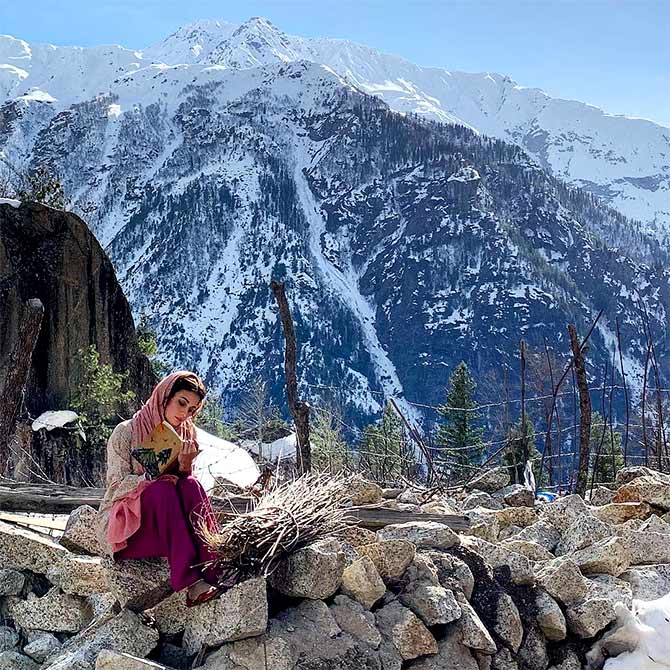 Did your perception about Kashmir change when you worked on Kaafir?

When I was a child, any talk about Kashmir in school would shake my soul.

It would really upset me that we are unable to find the solutions to this problem.

I went to Kashmir recently, when the army had invited me for a cultural programme in Baramulla.

Every time I looked out of the window, I would see the most beautiful scenery! And then, I would see homes with windows and doors locked from inside all the time.

When I drove back to the airport, an army officer asked when I would visit Kashmir again.

I said, hopefully, when I come back, I would to see the windows and doors open in Kashmir.

This is something so basic that we all take it for granted.

We never think about opening a window at home, but such a basic thing has been denied in Kashmir.

Imagine what it is like to live in curfew all the time, even when children go to school. 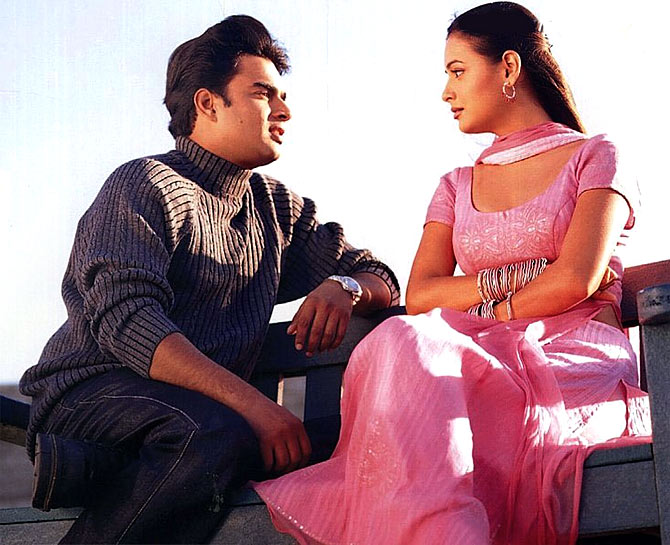 Your debut film, Rehnaa Hai Terre Dil Mein did not work at the box office but, today, it’s become quite popular. How do you feel about that?

It’s a privilege for an artiste to be recognised by the name of her character, to be associated with iconic songs and to be given that kind of love.

It broke my heart when Rehnaa Hai Terre Dil Mein did not work at the box office but little did I know that, one day, it would become a cult film.

I still meet people from around the world who share anecdotes of their association with the film -- their first romance, first crush, the reason for proposing to their wives, the moments wives shared with their respective husbands... It’s so special to listen all of them! 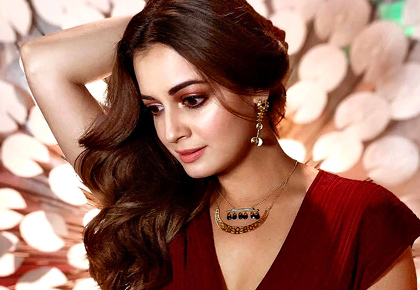 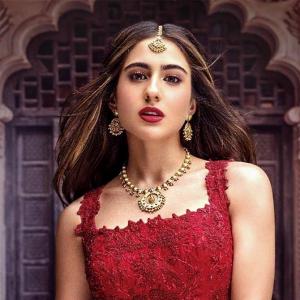