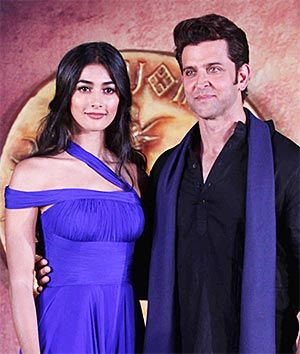 Pooja Hegde, who is making her Bollywood debut with Mohenjo Daro, feels extremely lucky to have teamed up with two legends -- actor Hrithik Roshan and director Ashutosh Gowariker.

"I feel extremely lucky to have worked with legends like Hrithik and Ashutosh Gowariker," she told media at a special event in Mumbai. 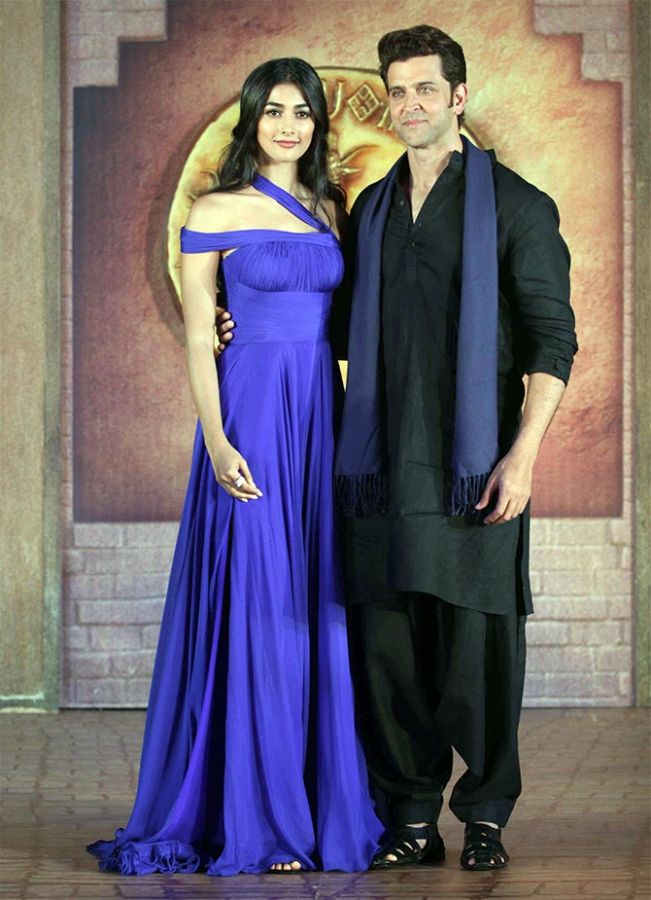 "Making my Bollywood debut with Hrithik is like a dream come true," she added.

Pooja also revealed that though she used to get bored reading about Mohenjo Daro during her school time, she never thought that one day she would ever work in a film like this. 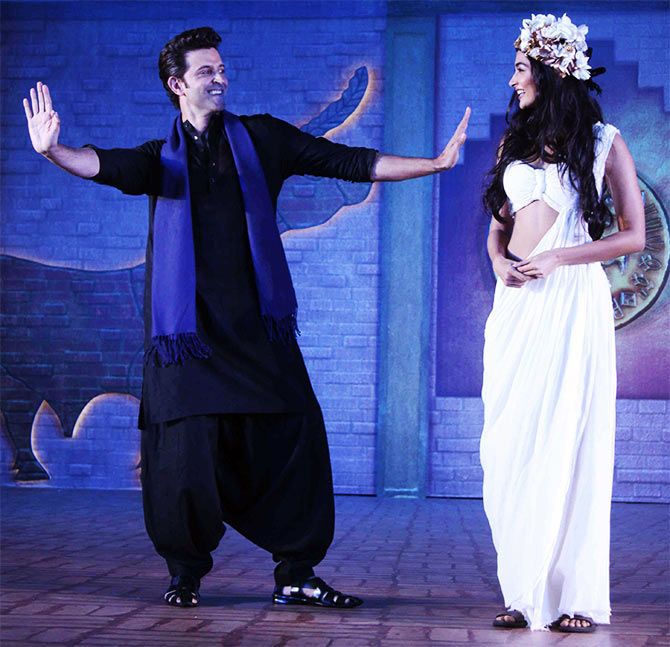 IMAGE: Hrithik and Pooja have some fun on the stage. Photograph: Pradeep Bandekar

At the promotional event, Junior Roshan preferred not to talk about his legal battle with rumoured former girlfriend Kangana Ranaut. He dodged the questions saying, "Sometimes the truth takes time." 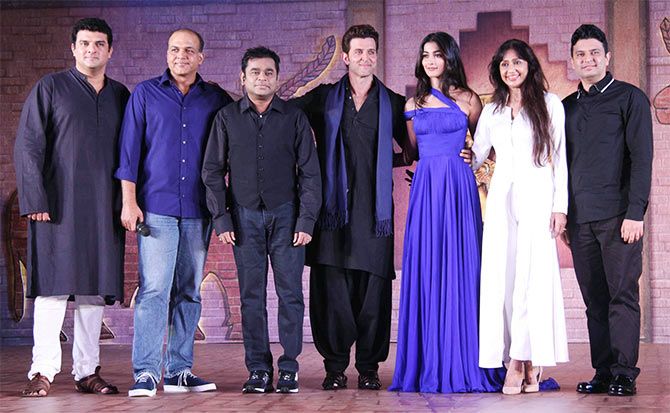 The special event, which was graced by the entire cast of the film, also witnessed a performance by musical maestro AR Rahman.

The Ashutosh Gowariker directorial is set in 2016 BC, in the era of the Indus Valley civilization, and is about a man who falls in love with his enemy's daughter.

The movie, which has been being shot in Bhuj, Mumbai, Jabalpur and Thane, is slated to hit theatres on August 12.