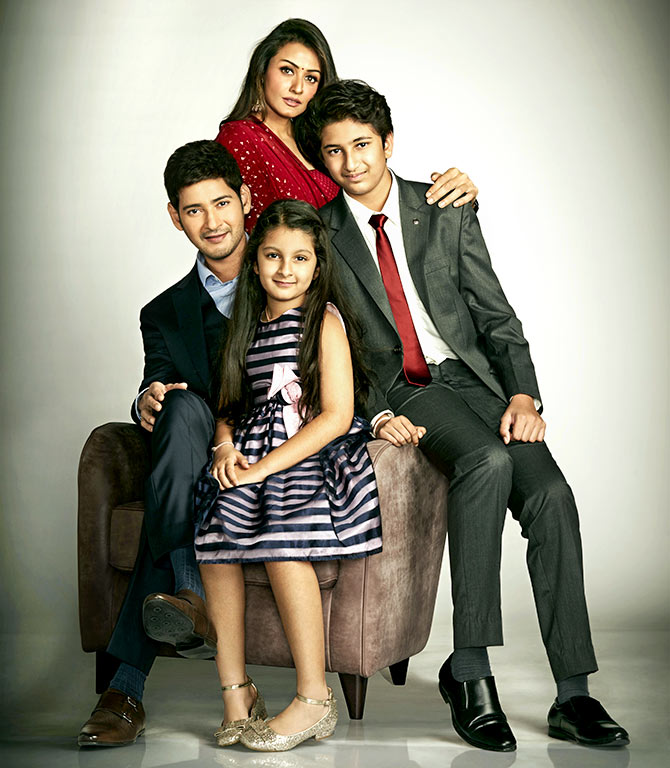 Mahesh Babu, his wife Namrata and their children Gautam and Sitara will be seen on screen for the first time in an ad.

They are, naturally, very anxious to know how their fans will react.

"We didn’t want Gautam and Sitara to face the camera so early," Namrata tells Subhash K Jha. "So when the director Yamuna Kishore, who is a friend of Mahesh, came up with the idea, our first instinct was  to say no. But then we heard the concept and the script sounded fun. The kids were super-excited."

Namrata says the team behind the ad agreed to let Mahesh and herself have the final say on the ad.

"If we didn’t like what was shot, they agreed not to put it out. So it was like a trial, which no ad-maker would do normally. I suppose because their association with Mahesh is two years old, they were considerate. They narrated the idea to Mahesh and he really liked the script. He wasn’t sure if the kids would like to be a part of this but they were okay with it. So we said, why not?" she adds.

Namrata wanted this opportunity for the kids to know how it felt to shoot a film.

"Mahesh and I wanted them to get a feel of the camera space. We made sure the children were comfortable, and they had a blast on the sets. This is not to say we want Gautam and Sitara to be actors. It is their choice, and there is plenty of time to decide. But they really enjoyed the experience."

As an anxious mother, Namrata admits she had her pangs on the sets.

"I was nervous about how the kids would take to the camera, how they would look on screen. Without sounding biased, I must say they are natural-born actors," she says.

Incidentally, Namrata returns to the screen with this ad after 14 years.

"I haven’t shot anything since my marriage to Mahesh. I gave up films happily. I was never career-driven, and I would have given up anything to marry Mahesh. Once I was married, my only priority was my husband his family. And later, my children," she says.

How did it feel to face the camera after 14 years?

“It didn't feel strange at all! Acting is like swimming; one never forgets it. Would I consider returning to full-fledged acting? No way! I did this ad because I got a chance to work with my husband and  children and I didn’t have to worry about the children because they were with us," she says. 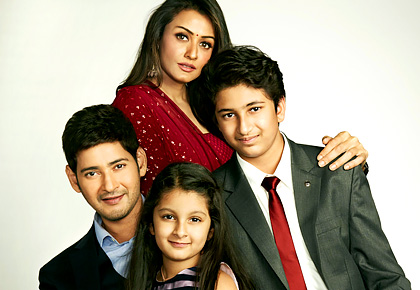 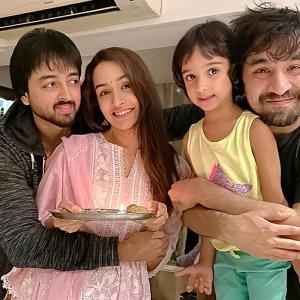 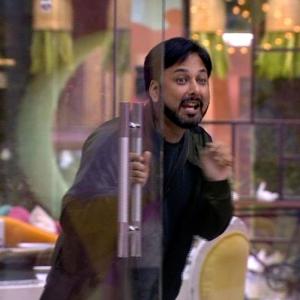