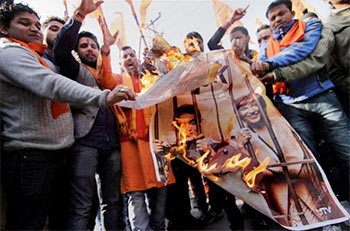 Maharashtra Chief Minister Devendra Fadnavis has ruled out any probe into Aamir Khan starrer PK, a day after the Ministry of State for Home Affairs ordered an inquiry into the film's 'content' amidst raging protests, and promised adequate protection for its smooth screening.

"There will be no inquiry. Shows of PK will continue all over Maharashtra and we will provide necessary protection to ensure smooth screening of the film," he told reporters.

Amid protests by right-wing groups like Bajrang Dal and Vishwa Hindu Parishad demanding a ban on the movie, which takes a swipe at Hindu gods, godmen and superstition, Maharashtra's Minister of State for Home Ram Shinde had said that he had asked police to probe the contents of the film.

With protests spreading to several states, the film's director Rajkumar Hirani had said that he had no intention of hurting anyone's sentiments and maintained that the film upholds the true spirit of religion while condemning 'only the abuse' of it.

"I'm deeply saddened and concerned about the protests by some groups against our film PK. On behalf of the entire team of PK, I would like to clarify that we respect all religions and faiths," the 52-year-old celebrated film director had said, in a statement.

Shinde had asked IG (Law and Order) Deven Bharti to look into objectionable scenes, if any, in the film and promised 'necessary' action if any 'wrong' was found.

"The Censor board may have found the film fit to be released and hence they cleared it from their end. But after the release, some organisations have objected to some parts of the film," Shinde had said, adding the government will "step in" if the issue snowballed into a major law and order

The film has the right-wing Hindu groups up in arms, staging protests that have turned violent in some places including BJP-ruled Gujarat where theatres have been vandalised. Protests have also taken place in several states including Madhya Pradesh, Assam, Odisha, Haryana and Delhi,

besides Hyderabad and Mumbai.

Leela Samson, chairperson of the Central Board of Film Certification, has made it clear that the board will not remove any scenes from the film.

Aamir has also trashed accusations of him having 'insulted' the Hindu religion because he was a Muslim, saying, "We respect all religions. All my Hindu friends have seen the film and they have not felt the same."

Clarifications from Hirani and Aamir Khan have, however, cut no ice with the agitators.

Source: PTI© Copyright 2020 PTI. All rights reserved. Republication or redistribution of PTI content, including by framing or similar means, is expressly prohibited without the prior written consent.
Related News: Shinde, Ministry of State for Home Affairs, Rajkumar Hirani, Central Board of Film Certification, PK
SHARE THIS STORYCOMMENT
Print this article 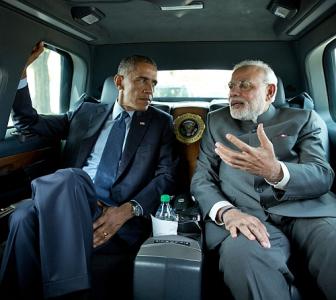 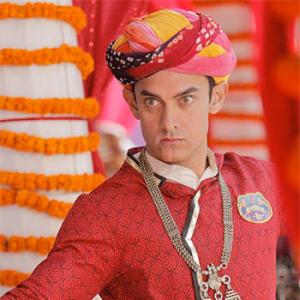