Both have humble career origins -- one says he sold tea in his native Gujarat; the other was a bus conductor in Bangalore for some years.

They are born in the same year (the shorter man in September 1950, the other gent in December).

Their armies of acolytes, fans and supporters believe that both men are supermen, blessed with almost magical ability.

One rules the Republic with a stern hand, the other rules the cinematic universe with a benevolence and kindness rare among movie stars.

In the national capital to receive the Dadasaheb Phalke Award, the nation's highest honour for a film personality, Shivajirao Gaikwad and his wife Latha called on Prime Minister Narendra Damodardas Modi and President Ram Nath Kovind.

Please click on the images for a better look at The Incomparable Rajinikanth's encounters with the Rashtrapati and the Pradhan Mantri. 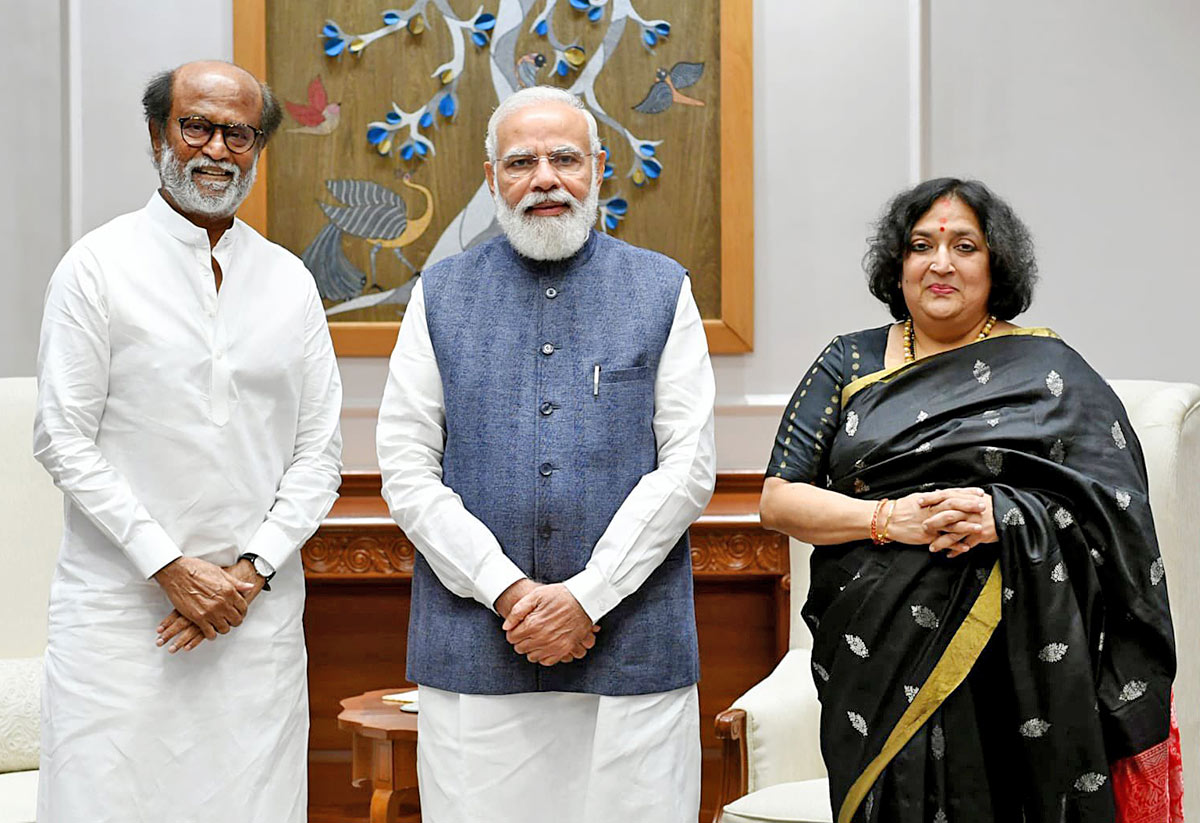 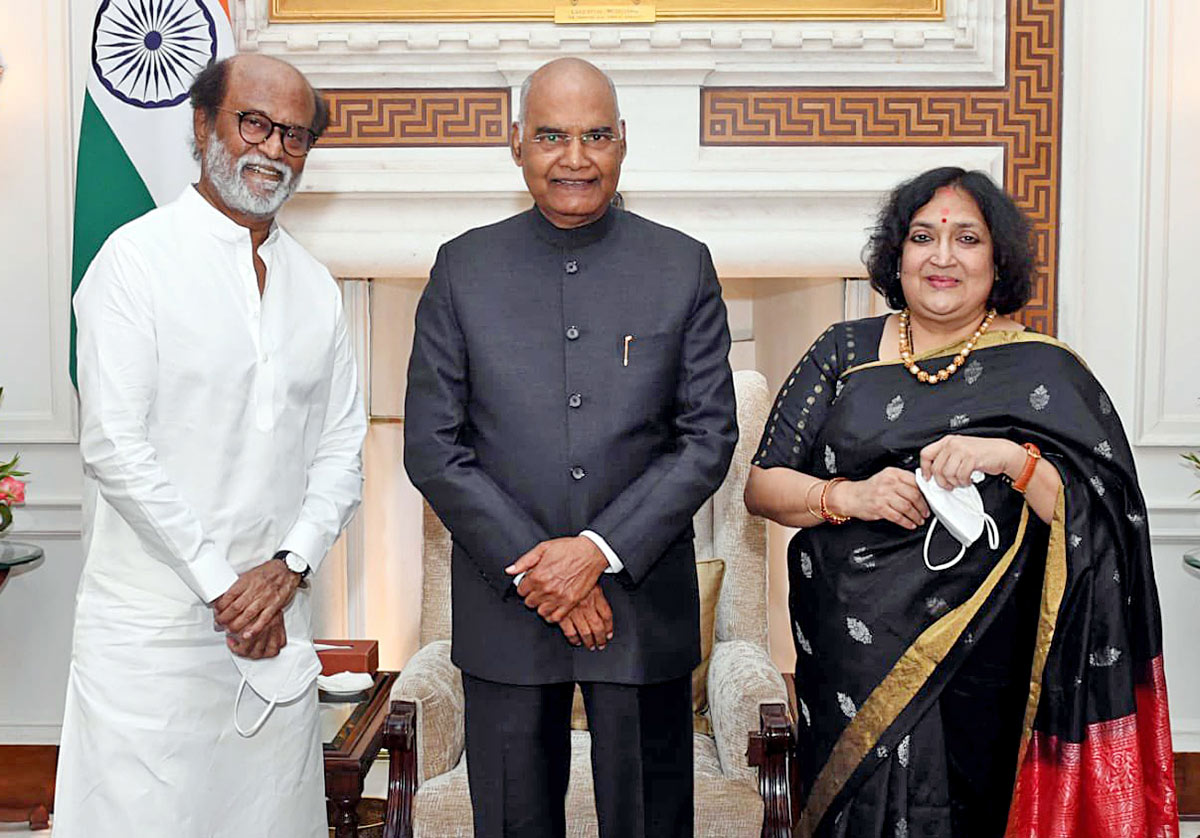