These are the television shows that will crackle and pop a lot longer than anything you'll get your paws on. 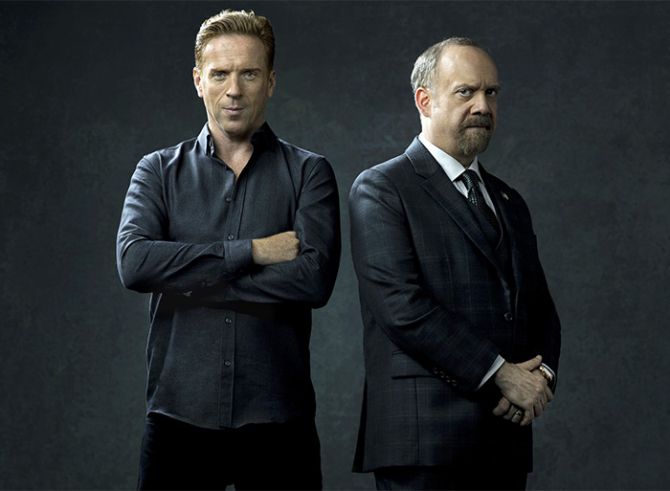 This hard-as-nails stock market drama is about a US attorney (Paul Giamatti as Chuck Rhoades) trying to bring down a hedge fund man (Damian Lewis as Bobby Axelrod).

Loosely based on Preet Bharara's crusade against Steven Cohen, there's a lot in here to chew on.

Post-2008 meltdown dramas can't get better than Billions for being both heavy on Wall Street jargon and accessible to the uninitiated. Created by Brian Koppelman, David Levien, and New York Times journalist Andrew Ross Sorkin, Billions is one of those rare American TV series that gives its viewer's intelligence much credence.

Sorkin brings his Wall Street expertise to the fore when multiple deals, including insider trading, are discussed as if it's the boardroom of Goldman Sachs rather than a TV studio on the outskirts of New York.

Giamatti is fabulous as the righteous attorney who puts everything in his life at stake just to crucify a man who doesn't think he's in the wrong at all. This superbly mounted show doesn't take sides and that's what makes it engaging over the existing course of its two seasons.

Even stockbrokers, whom Martin Scorsese parodied in the shoddily made The Wolf Of Wall Street, are humanised.

After The Wire and Girls, this must be the first American TV series where even the secondary characters are given one-liners that make them either endearing or loathsome to the viewer and that's a winner for me.

The second season ends on a cliffhanger with Rhodes a hair's breadth away from nailing Axelrod. 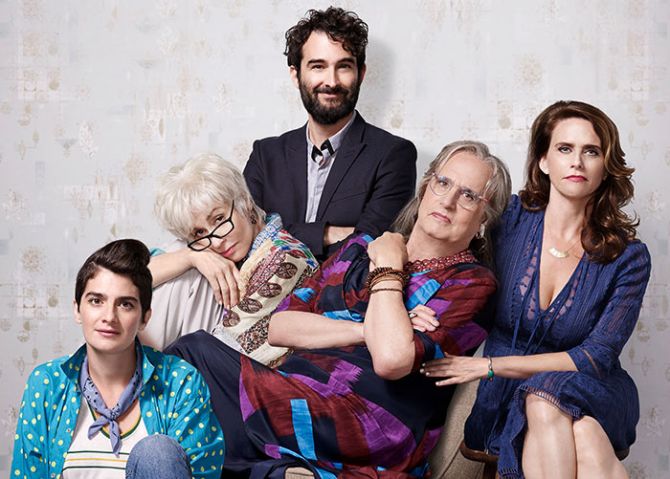 In its fourth season, the Amazon original series written by Jill Soloway pushes its boundaries in the most wonderful way possible.

Maura (Jeffrey Tambor as the trans woman coming out late in life) goes to Israel to give a talk on gender and Judaism along with her daughter (Gaby Hoffmann as Ali). Here, she discovers that her father is alive and kicking as a huge TV celebrity, Moshe Pfefferman.

As she takes her family, who join in later, across Israel, the viewer is given an excellent crash course in the Arab-Jew conflict and the breathtaking landscapes of the Dead Sea, Jerusalem and Ramallah.

There are sub-plots of her elder daughter, Sarah, and husband, Len, having a polygamous relationship with their child's former teacher, and her son, Josh, coming to terms with his erstwhile toxic relationship with a flame who is dead. Also, her AIDS-afflicted trans friend, Davina, is on the Los Angeles streets due to a breakup.

I think it's too early to say if TV is the novel but Transparent is the closest TV can come to literary fiction.

As the indefatigable explorer of human condition, Soloway is the closest the world will come to Saul Bellow again.

The only weak link of the season has been Ali's righteousness about the two-state situation in Israel and her getting needlessly antsy about it.

Her character reminded me of what Salman Rushdie wrote about the current crop of Indian writers -- 'a Berkeley undergrad crushing hard on Noam Chomsky'. That said, this is by far the most exciting season for me.

While Soloway showed her talent in the last three seasons, this time she seems to have channelled her genius into it. This Australian comedy drama series, created by and starring Josh Thomas, is about a 20-something guy (Josh) in Melbourne who is coming to terms with his homosexuality, a depressed mother and a remarried father.

He also has two best friends, his flatmate Tom and ex-girlfriend Claire, and the story involves their relationships and personal upheavals, too.

The series wears its heavy subject light on its shoulders and draws on the gawky charm of its lead characters.

Josh doesn't find the idea of romance amenable to his personality and pushes away a prospective life partner in the process.

However, his encounters with strangers by the night, while adulting by the day, makes the series extremely compelling.