Horse racing is one of the most preferred pastimes of the rich and the famous.

While Mumbai has its share of derbys around the year, Bollywood stars routinely show up at these high profile dos to up the glam quotient several notches.

Queen hitmaker Kangana Ranaut recently turned up for the McDowell Signature Indian Derby, making quite the splash in her feminine outfit and a striking headpiece to boot.

Take a look at some of the past Bollywood appearances at the races and pick YOUR favourite headpiece at the end! 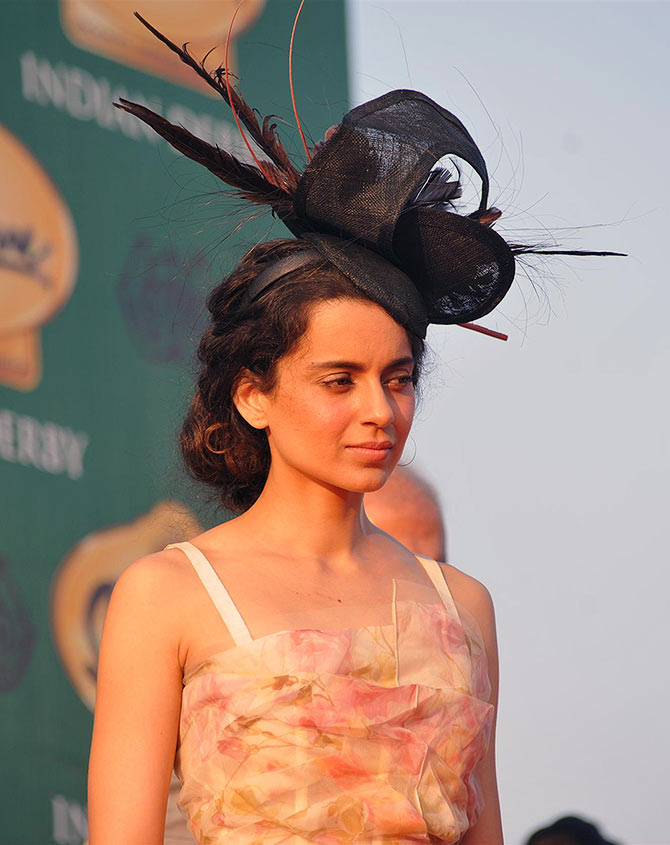 The lovely Kangana Ranaut was very Victorian by way of the ultra feminine Dolce & Gabbana outfit she picked out for the recently held Signature Derby.

She paired it with a black fascinator. 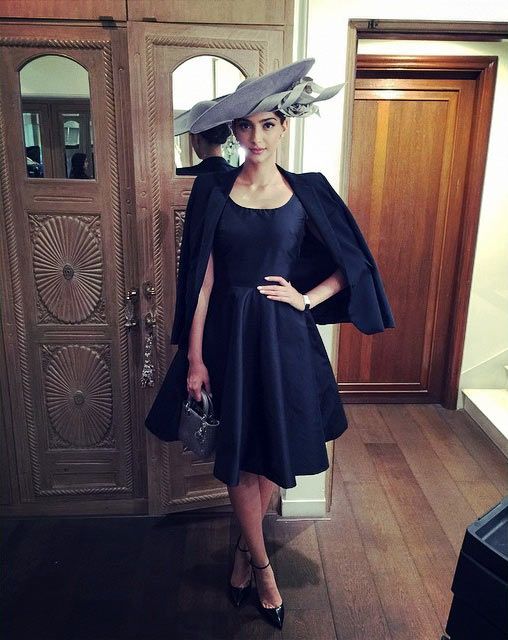 For the Mid-Day Derby, Sonam Kapoor was all decked up in a pretty black dress, Dior accessories and a lovely hat by Phillip Treacy. 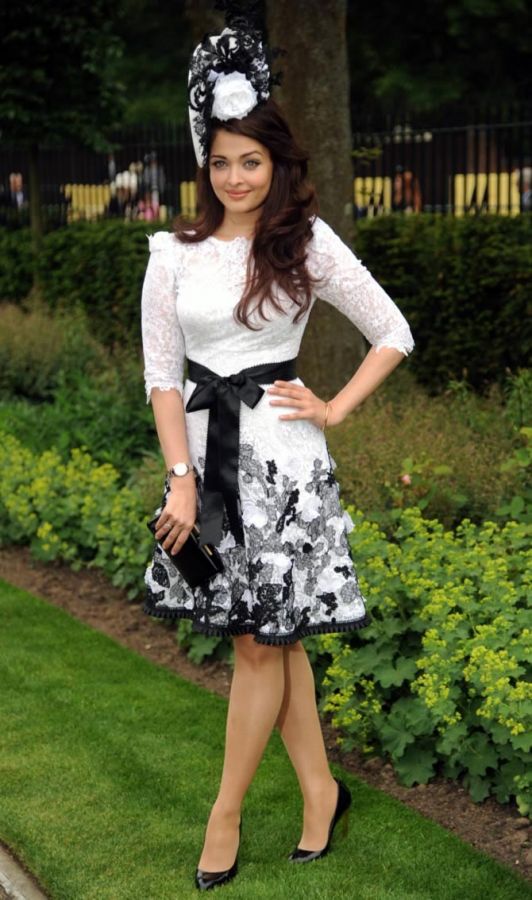 Here is Aishwarya Rai Bachchan, working a monochrome look with a lacy dress and a colour coordinated fascinator at a horse racing festival in Ascot, South England, in 2013. Click here to see more pictures. 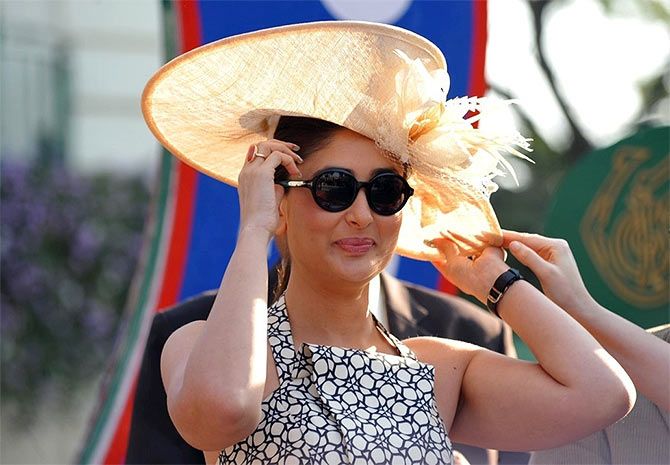 At another edition of the Mid-Day Derby, Kareena Kapoor can't help but beam as she adjusts her hat, that she paired with a super cute Ashish Soni summer dress. 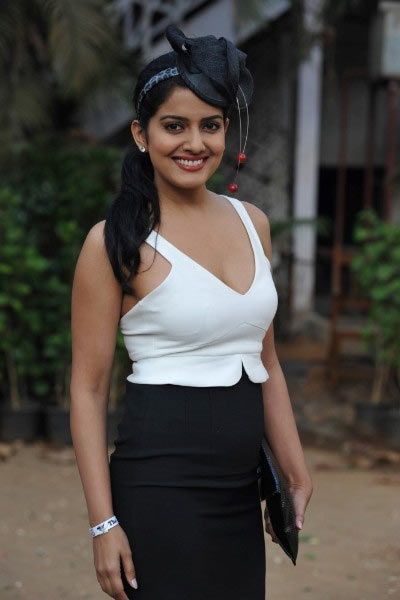 Another monochrome look was spotted on Fukrey actress Vishakha Singh, who teamed her outfit with a black fascinator featuring cherries. 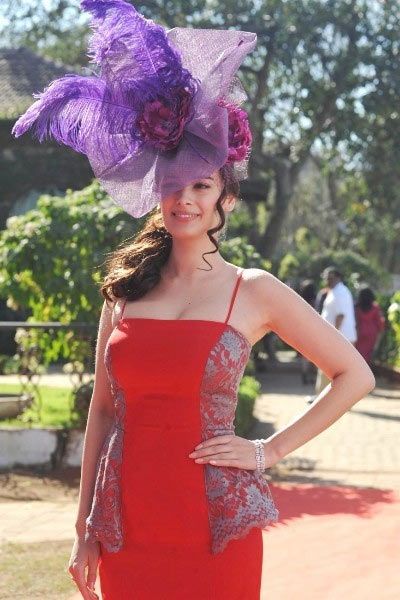 Starlet Evelyn Sharma protects her face from the sun with the help of a massive, feathery hat with a floral detail. 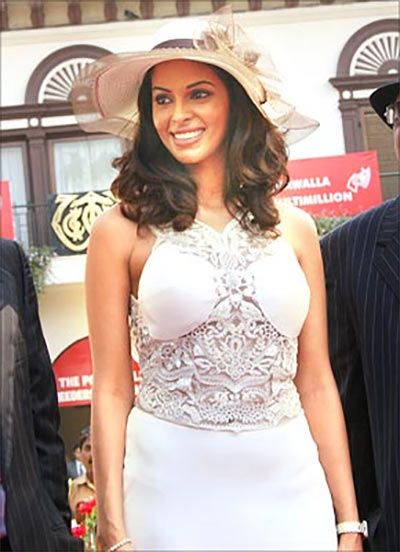 And here is Mallika Sherawat, sporting a feminine twist on the bowler hat. 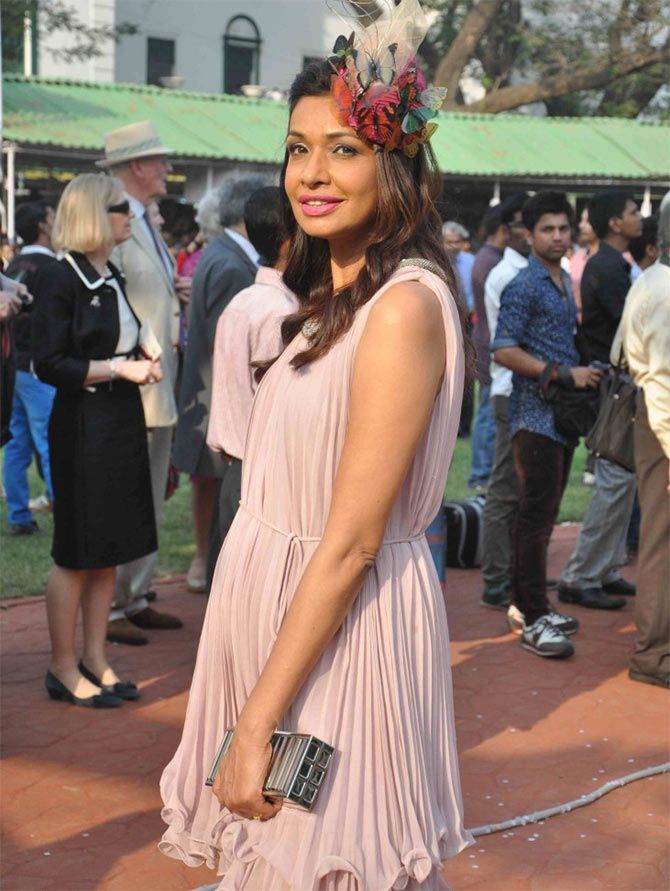 Model and choreographer Achla Sachdev goes for a more colourful fascinator, paired with a frock in pale pink, for her own turn at the races.