News
Business
Movies
Sports
Cricket
Get Ahead
Money Tips
Shopping
Sign in  |  Create a Rediffmail account
Rediff.com  » Movies » Lessons from Bollywood: How to woo your love! 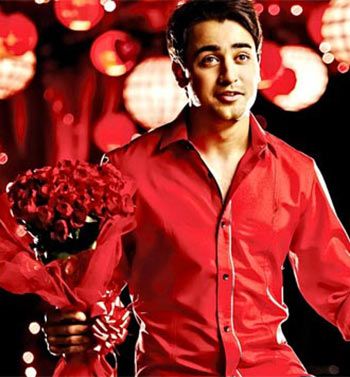 Winning hearts is everything in Bollywood.

It's an objective every second script wishes to fulfill and the inspiration of thousands of romantic songs.

Many a heroes and heroines adept in the art of wooing have won their respective sweetie's heart by hook or crook.

With Valentine's Day around the corner, these tips and tricks will come in more than handy.

Here are some fun pointers we've picked about courtship from Hindi films. 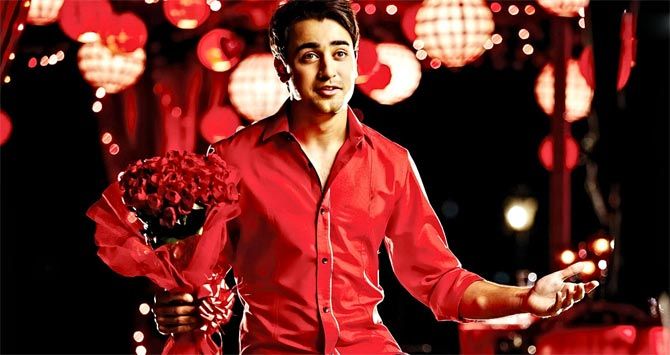 Those blood red roses might burn a huge hole in the pocket but they do go a long way in making a home in her heart. Imran Khan goes full throttle to demonstrate. 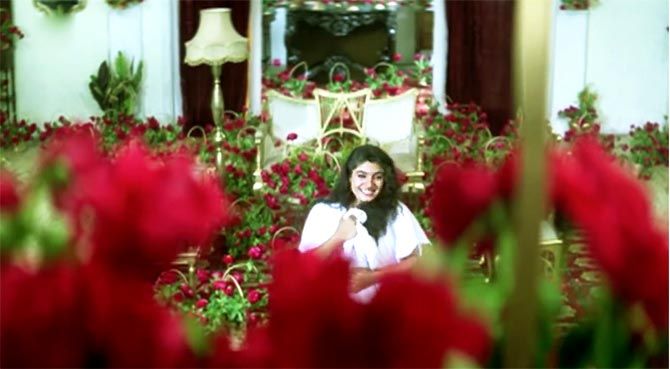 And, voila, it works. 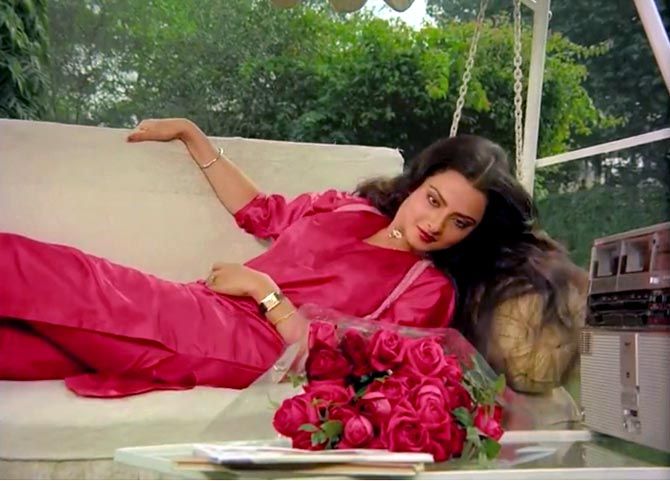 Or send her something like a watermelon instead, a la Amitabh Bachchan to Hema Malini in Satte Pe Satta.

If that doesn't end too well, you can always fall back on a bunch of fail-safe red roses. 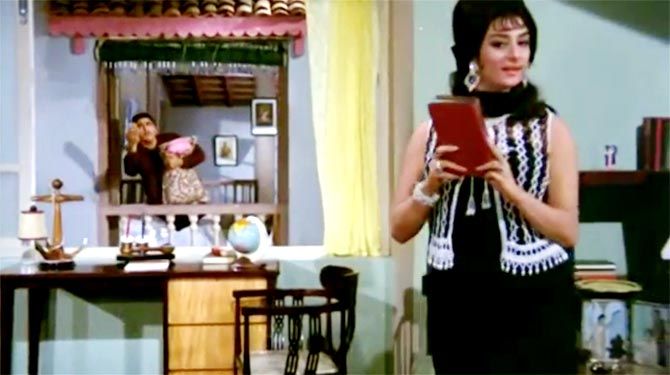 Catch a roomie who can sing a storm, brush up on your lip-syncing skills and serenade the girl on the 'saamnewali khidki' like the utterly driven Sunil Dutt of Padosan.

Gadgets have changed the rules of romance. And so if you're technology savvy like Shahid and Priyanka, feel free to send across flirty, fun text to your object of affection. 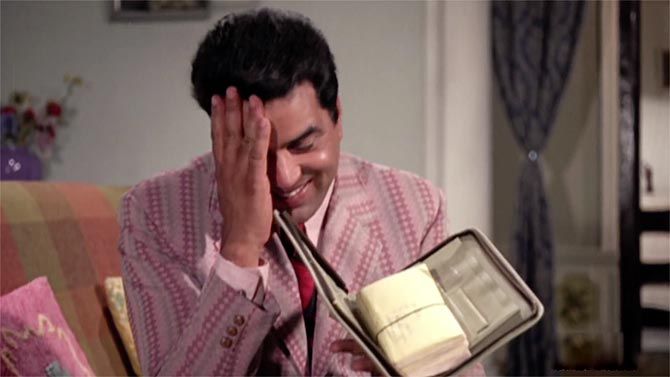 Of course, nothing spells romance like good old paper -- all the more if it's someone as adorably bashful as Dharmendra offering a stack of mushy love letters. 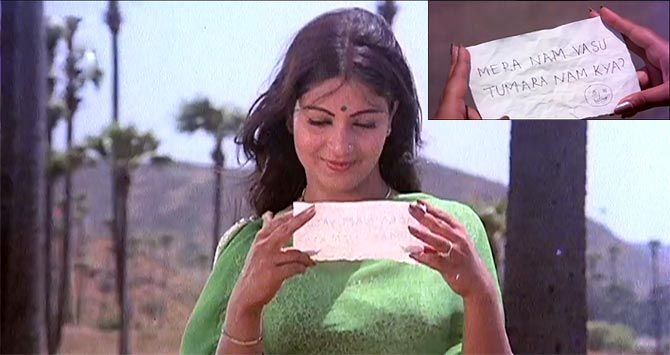 Don't have Garam Dharam's poetic skills? Just hurl cute notes her way and don't forget to sign with a smiley. Look it worked its magic on Rati Agnihotri, already! 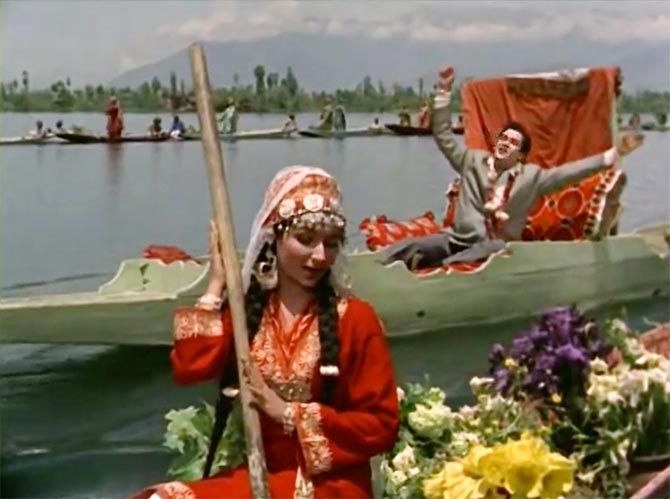 It doesn't matter if you're Kashmir Ki Kali or Kanyakumari's, no lass can resist a delightfully animated Shammi Kapoor's surfeit of compliments while bouncing off and about a colourful shikara.

Really, this picture of a smokin' hot Kareena Kapoor and an understandably wowed Hrithik Roshan doesn't need any captions. 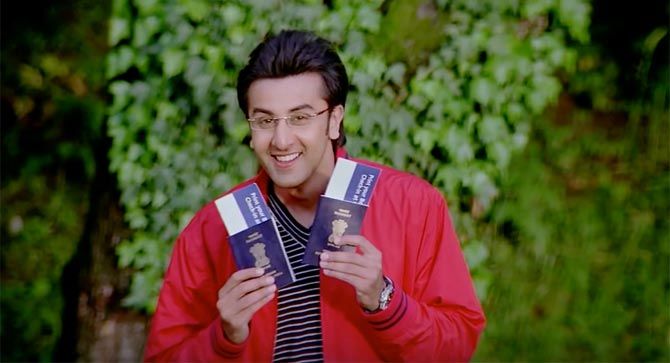 Get her to bunk class by tempting her with flight tickets to Venice like Ranbir Kapoor in Bachna Ae Haseeno. Freebies never felt this beautiful.

It's no longer the guy's job to chase the girl as Katrina Kaif powerfully underscores by riding a bullet till she's found her man and planted a mean kiss on his stunned lips.

Bestowing extra attention on the prettiest girl in the party with a violin in hand and serenata on the lips, Rishi Kapoor goes all out to declare his Dard-E-Dil for an elfin Tina Munim to brag about for days to come. 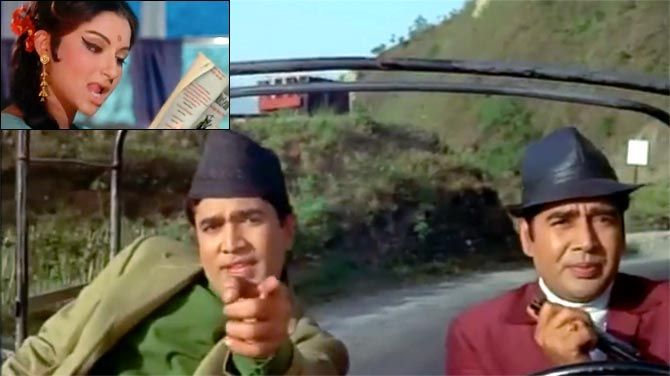 Or you can take a direct, dramatic approach like Kaka and sing out loud lines like 'Mere Sapno Ki Rani Kab Aayegi Tu' even as your best friend drives you parallel to her compartment of a moving train.

'All you need is love. But a little chocolate now and then doesn't hurt,' believed Charles M Schulz. And Salman Khan.

If that elated expression on Madhuri Dixit, the recipient of that candy-loaded box, is any indication, the man sure knows how to please his girl.

In Salman's books, the way to a woman's heart is through her stomach. If it's not chocolate, it's imarti, gujiya, wujhiya and the works. 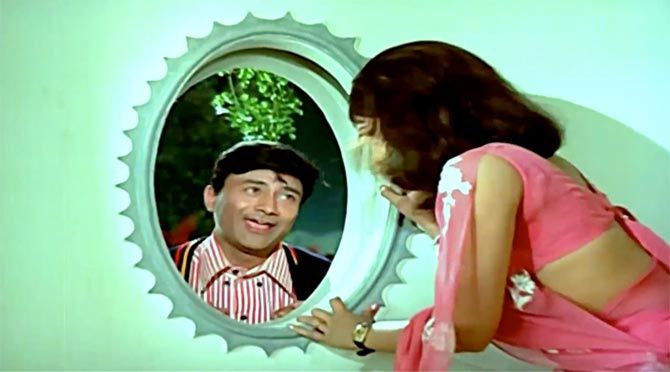 Find a girl who lives in an apartment with as many windows as Hema Malini does in order to sneak up behind every single one like the inimitable Dev Anand with a single-minded appeal -- Pal Bhar Ke Liye Koi Humein Pyaar Kar Le.

Aamir Khan's Tip Tip dance under pouring rain and Neelam's window did its bit to win the latter's heart. 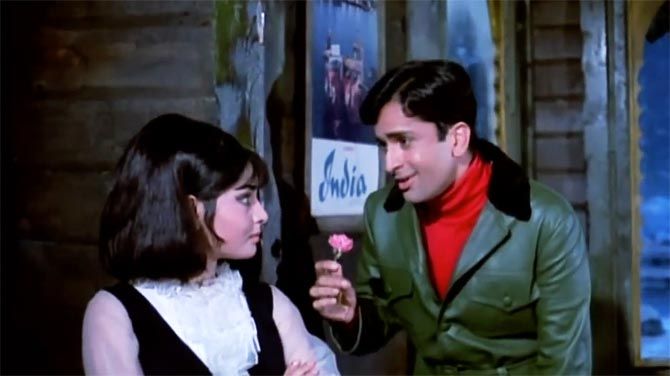 Nothing like a heady blend of flattery and verse to seal the deal, a view the suave Shashi Kapoor ably endorses and pleased as punch Raakhee heartily buys. 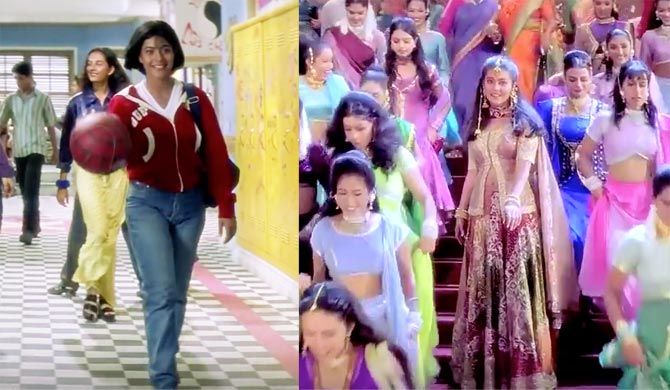 If Bollywood is to be taken seriously, makeovers are the key to finding true love. And so tomboy Kajol has no suitors whereas her dolled-up version has two Khans -- Salman and Shah Rukh Khan -- head over heels over her. 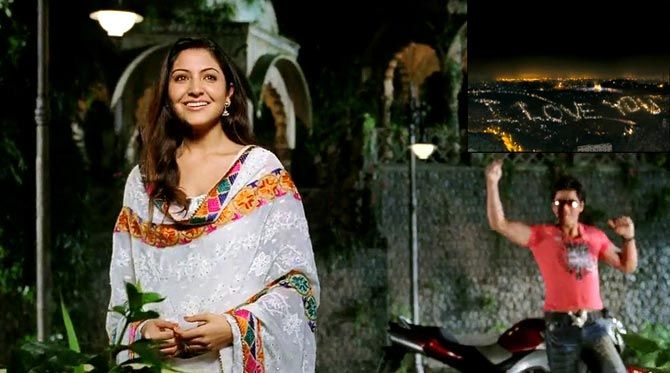 There are grand gestures and there's Shah Rukh Khan manipulating an entire city's power supply to doodle 'I love you' for Anushka Sharma's gasping pleasure.

Diamonds are a girl's best friends, remember? Manoj Bajpayee did. 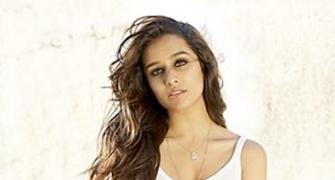