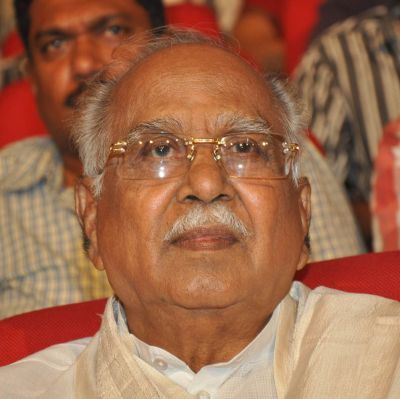 Legendary Telugu actor Akkineni Nageswara Rao passed away at Care Hospital in Hyderabad early on Wednesday at around 2 am.  He was 91, and was under going cancer treatment.

Rao was born on September 20, 1924 at Ramapuram in Andhra Pradesh’s Krishna district.  He acted in more than 250 films.

He made his film debut with 1941-release Dharmapatni. His last film under production with his grandson Naga Chaitanya and son Nagarjuna is titled Manam.

Rao won many accolades and awards during his illustrious career including the Padma Shri in 1968 and the Dada Saheb Phalke Award in 1991.

Roa is survived by three daughters and two sons.

The body will be taken to Annapurna studios owned by the family on Wednesday morning to enable his fans and film personalities to pay their last tributes.