Kristen Stewart hots up GQ cover in a retro bikini 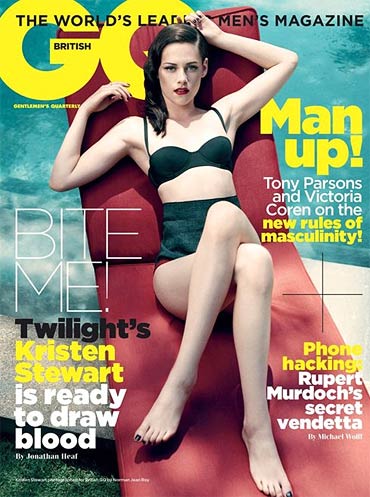 Twilight beauty, Kirsten Stewart has created a stir amongst her fans with her latest photo shoot for British GQ magazine.

Stewart's new look has been the hot topic of discussion among her fans on social networking portals.

'Bite Me! Twilight's Kirsten Stewart is ready to draw blood" reads the headline of the GQ cover, where she is seen relaxing on a poolside chair sporting a dark green retro bikini and slicked back hair, Contactmusic reported.

The actress will also be the cover girl of Allure magazine, where she will be sporting a simple look with a striped top and jeans.