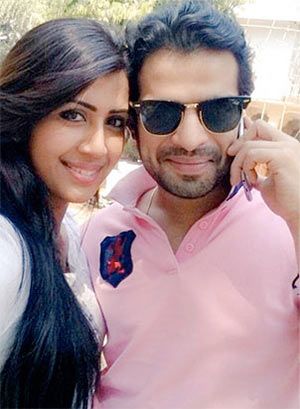 Can you identify the real-life spouses of some of your favourite TV stars?

If you are an active lover of Hindi TV shows, you probably have your own list of your favourite onscreen couples, who star in the popular shows.

Isn't it a bit curious, then, to spot said stars with their real life spouses?

Here, take a look at the REEL and REAL partners of some of your favourite TV stars! 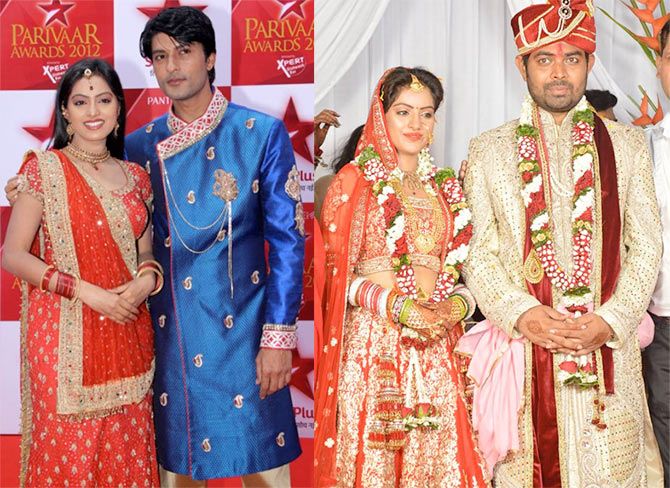 Deepika Singh, who has won the hearts of fans of her TV show Diya Aur Baati Hum as Sandhya, is married to costar Anas Rashid's Sooraj.

In real life though, the actress married her show's director Rohit Raaj Goyal (right) in May last year. 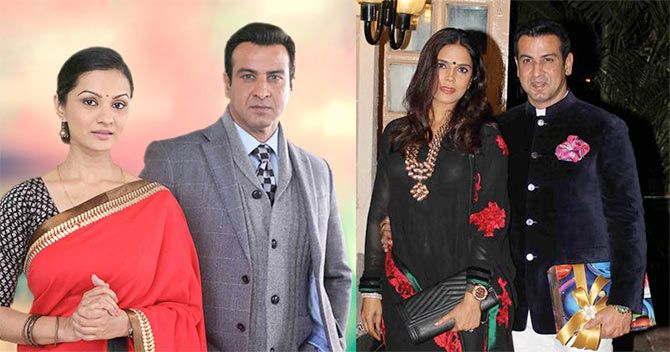 In real life, he is married to Neelam Singh (right) and the couple is a regular fixture at many social dos.

The pair was even a part of Nach Baliye 5.

Rajat Tokas, who plays Akbar the Jalal in Jodha Akbar, complements the serenely regal looks of his costar Paridhi Sharma, who plays Jodha.

The actor's wedding (right) to girlfriend Srishti Nayyar, held in Udaipur a while ago, was befitting the emperor he plays on screen. TV's bad boy Shabbir Ahluwalia has been paired with actress Sriti Jha in their currently on air serial Kumkum Bhagya.

Shabbir's real life spouse, the extremely adorable Kanchi Kaul, is a well known actress in her own right.

In real life though, Vashisth is married to actress Riddhi Dogra (right).

Love struck for the two while they were shooting for a previous show Maryada on Star Plus. 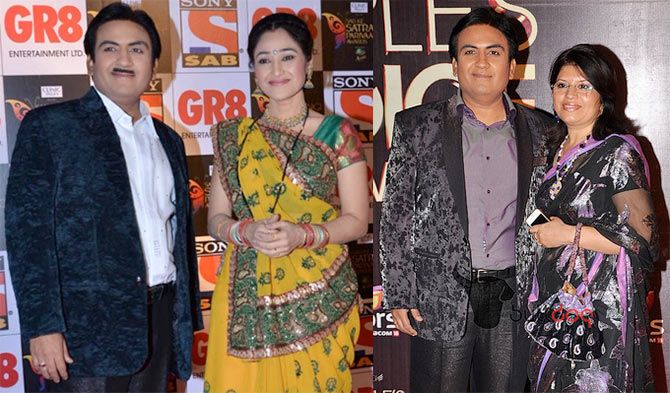 The actor is married to Jaymala Joshi in real life. The couple have two kids -- a son and a daughter.

He is married to Janvee Parekh (right) in real life. 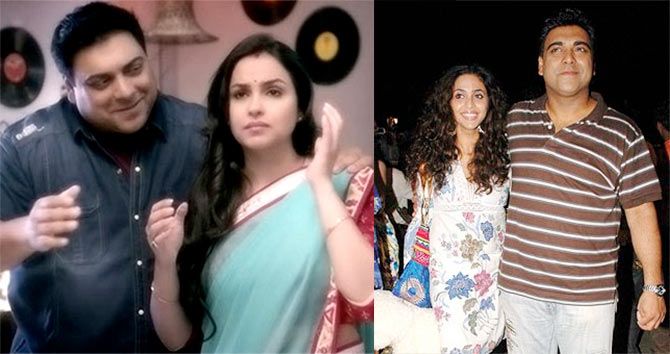 We round off this list with Ram Kapoor, whose new show Dil Ki Baatein Dil Hi Jaane sees him paired with Gurdeep Kohli.