Kapil Sharma has had a fairly eventful life.

From an anonymous wannabe in Amritsar to a struggling comic in Mumbai to a superstar, his journey has been fairly craggy, with reports of psychological breakdowns and fights with team members filtering in from time to time.

Producer Mahavir Jain and Director Mrighdeep Lamba (of Fukrey fame) are now getting together for a bio-pic on the life of Kapil Sharma.

The film to be titled Fun-kaar will be a no-holds-barred life story on Sharma, leaving none of the sordid details out.

"Kapil has given Mahavir Jain the consent to make the film as honestly as humanly possible," a source tells Subhash K Jha.

While Kapil refused to comment on the biopic, this writer recalls one of his conversations with Kapil, where he had spoken on the possibility of his story being told in a film: "Sir, jab banegi toh poore shiddat se banegi (it will be done with great dignity). I don't want anything to be hidden. Main vaisa aadmi nahin hoon."

While Kapil is to be played by Kapil himself, all the supporting roles will feature professional actors.

But one wonders if his former friend Sunil Grover will be played by himself. 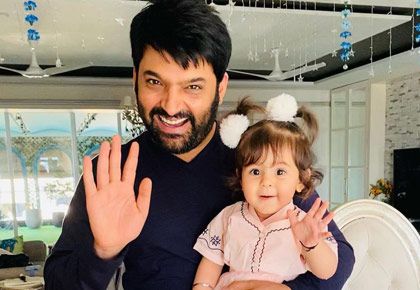