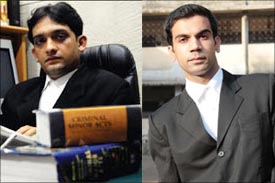 Hansal Mehta's film Shahid -- based on lawyer Shahid Azmi, who was gunned down in his Mumbai office in broad daylight in 2010 -- is scheduled for release in April.

Raj Kumar Yadav, who recently wowed us in Kai Po Che, will play the titular role.

“I met Raj Kumar Yadav. He was wearing an exact coat like my brother. His hairstyle was also the same. He has done justice to the role, as he is very soft spoken, like Bhai,” says Khalid.

With the film due for release, the family is hopeful about getting justice.

“My brother had full faith in the Indian judiciary, and so does my family and me," Khalid says. "I don’t watch a lot of films but I will watch this one. It will bring my brother’s fight and death into public focus. Cinema has a wider audience because if it’s good, it can reach out to many cultures. Maybe this way my brother can be remembered longer.”

Shahid, who was once detained under TADA, made it his life’s mission to defend TADA detainees. Faheem Ansari, a co-accused in the 26/11 Mumbai attack, was one of the terror accused whom Azmi had defended against terror charges. 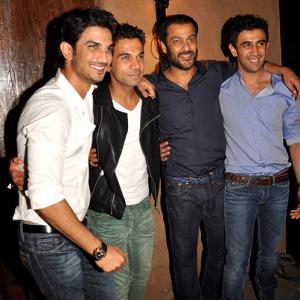 Showbiz and artistry: Can the two co-exist?